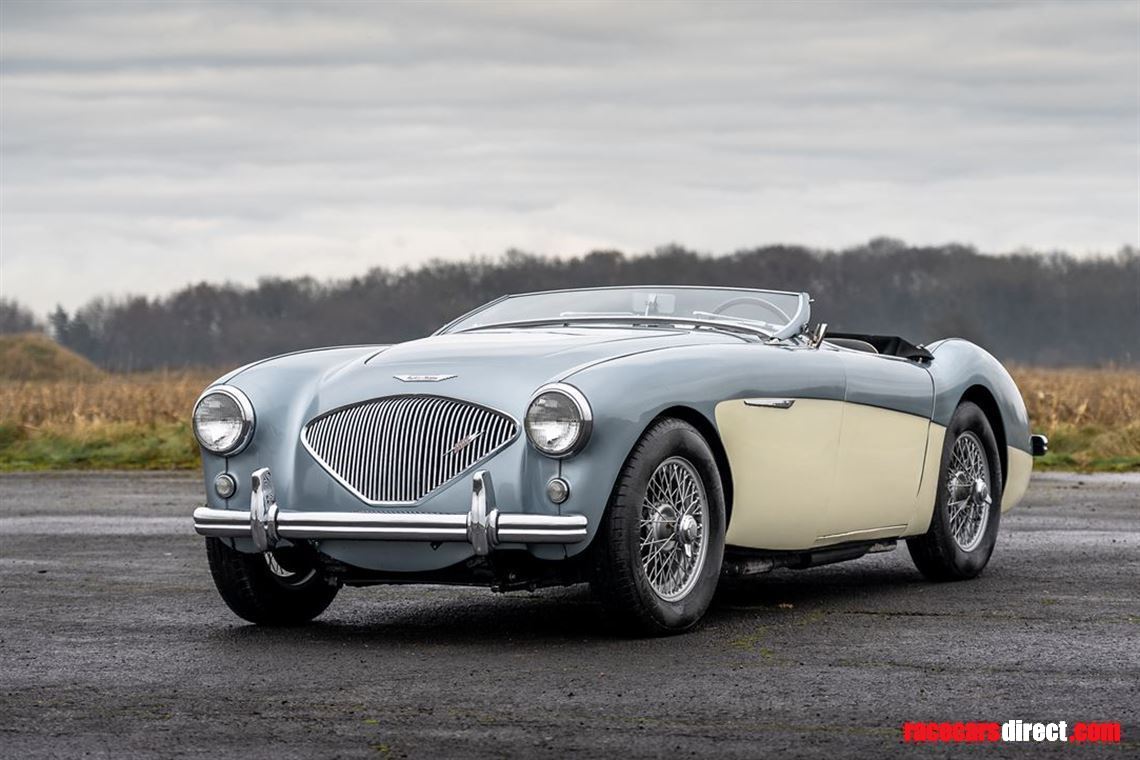 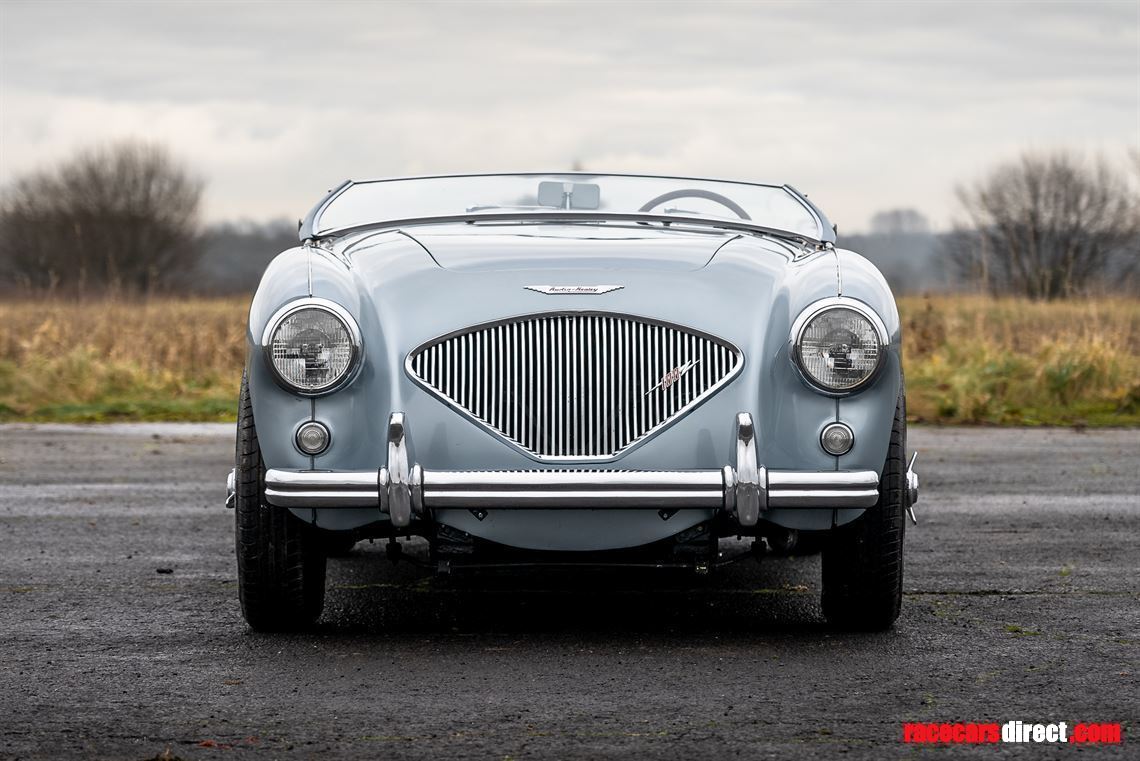 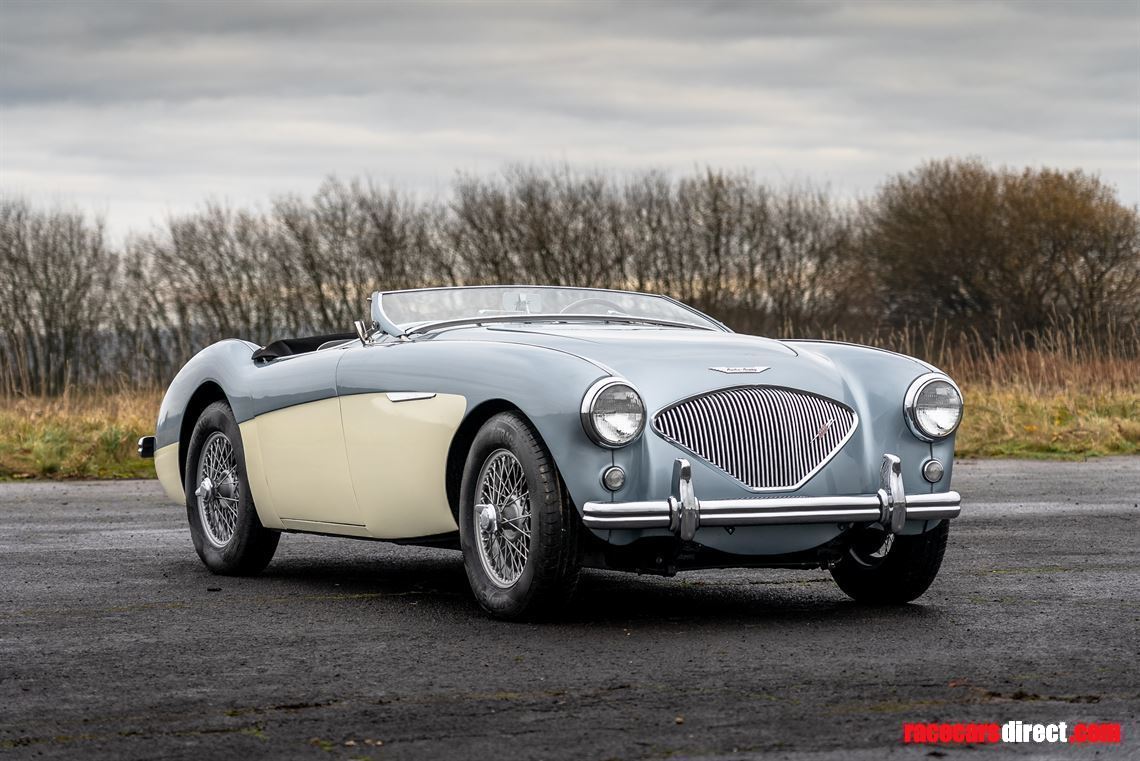 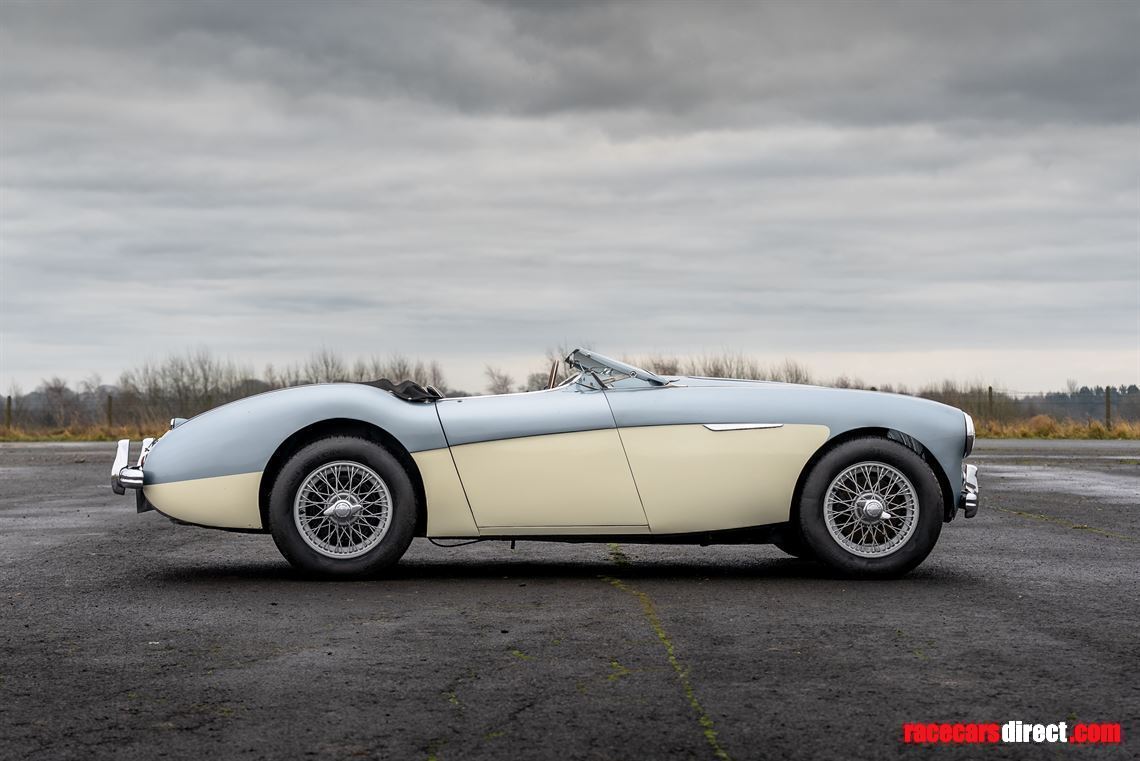 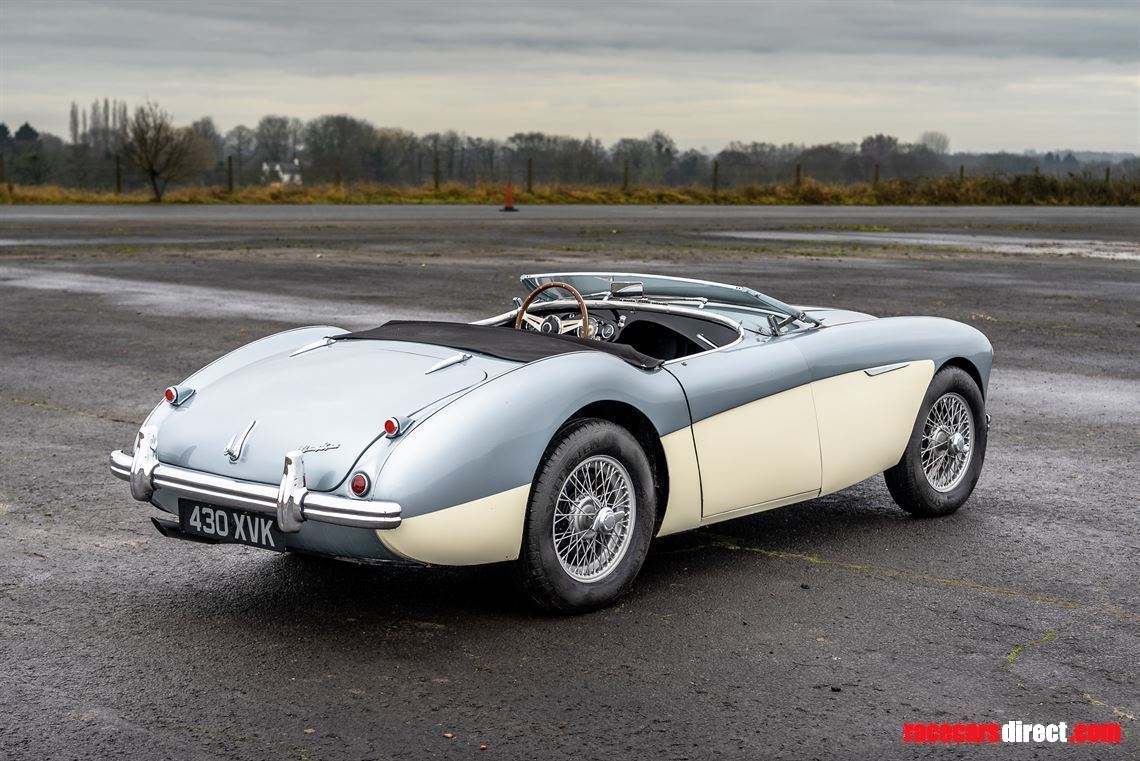 Donald Healey’s eponymous company built a prototype two-seater sports car for display at the 1952 London Motor Show. It was based on Austin A90 Atlantic mechanicals and sported a notably sleek body designed by Gerry Coker and built by Tickford. It was dubbed the ‘Healey Hundred’ (a moniker chosen to reflect the car’s ability to reach the magic 100mph), and, subject to a suitably encouraging response, Healey planned to build production versions in-house at his factory in Warwick. As things transpired, not only did the Ice Blue prototype more than impress the public, but also so excited Austin’s Managing Director, Leonard Lord, that he struck a deal to build the car in volume at Longbridge. The newcomer was renamed the Austin-Healey 100/4. The rest, as they say, is history.

The 100/4’s chassis was a departure from the company’s previous backbone designs and comprised a pair of three-inch square box-section side members running the length of the car, some 17 inches apart. These were braced by parallel and cruciform cross-members to which the steel floor pressings were attached. After the first 25 cars had been constructed at Healey’s own premises in Warwick, the production of the mainstream bodyshells was turned over to Jensen. Once complete, the shells were transported to Longbridge, where the Healeys were assembled alongside the A90.

The early examples (code named BN1s) were equipped with the same 90bhp 2660cc engines and manual four-speed transmissions as the A90 though, in an unusual move, Austin modified the gearbox so it operated as a three-speed unit with overdrive on the top two ratios. The car had 11-inch drum brakes all round. The front suspension was independent by coil springs while the rear featured a traditional live axle supported by semi-elliptic leaf springs. Damping was by Girling lever arm units all round and the steering was by cam and lever. A 1953 BN1 tested by Motor magazine returned a top speed of 106mph and achieved the 0-60mph dash in 11.2 seconds. A total of 10,688 BN1s are believed to have been produced between January 1953 and 1955 (the vast majority of which went overseas), when the model was superseded by the BN2.

This BN1 on offer is an original left-hand drive USA export market example and was the subject of must previous restoration work, reportedly carried out to an exceptional standard more than twenty years ago. The ‘Big’ Healey is now finished in Ice Blue (having been colour changed from the original Spruce Green) and is trimmed in complementing Navy Blue leather – The vendor states “it was a frame-off restoration that showcased a full respray (including the floor pans). You would not be able to tell the car was a different colour from factory unless you had been told previously. The car has just had a brand new soft top fitted as well as brand new side screens in case you were to get caught out in a storm. It’s also just had 5 new radial tyres and tubes. It also sports a new upgraded single 12V battery instead of the standard 2x6v batteries. All electronics work as they should including the well know troublesome self-cancelling indicator and horn switch. The seats are leather, carpets look well as do the door cards. Possibly the biggest highlight of this car is its California history — it is basically rust free from body to frame.”

The vendor states that the odometer reads 12,213 and assures us that ‘430 XVK’ “drives as well as it looks”. A rare opportunity for the ever-growing army of early ‘Big’ Healey collectors to purchase a vehicle equally suited to a relaxing drive in the UK countryside, but with subtle upgrades and a left-hand driving position to make it a serious contender for continental and long-distance rallying. It comes complete with photographic evidence of the restoration and extensive service and MOT history, plus a current certificate valid into April 2022.

Fresh and ready to install !

March 73A John Cannon car, sold to our client by his son Michael!

Designed to store an oven, gas cooker with additional storage.