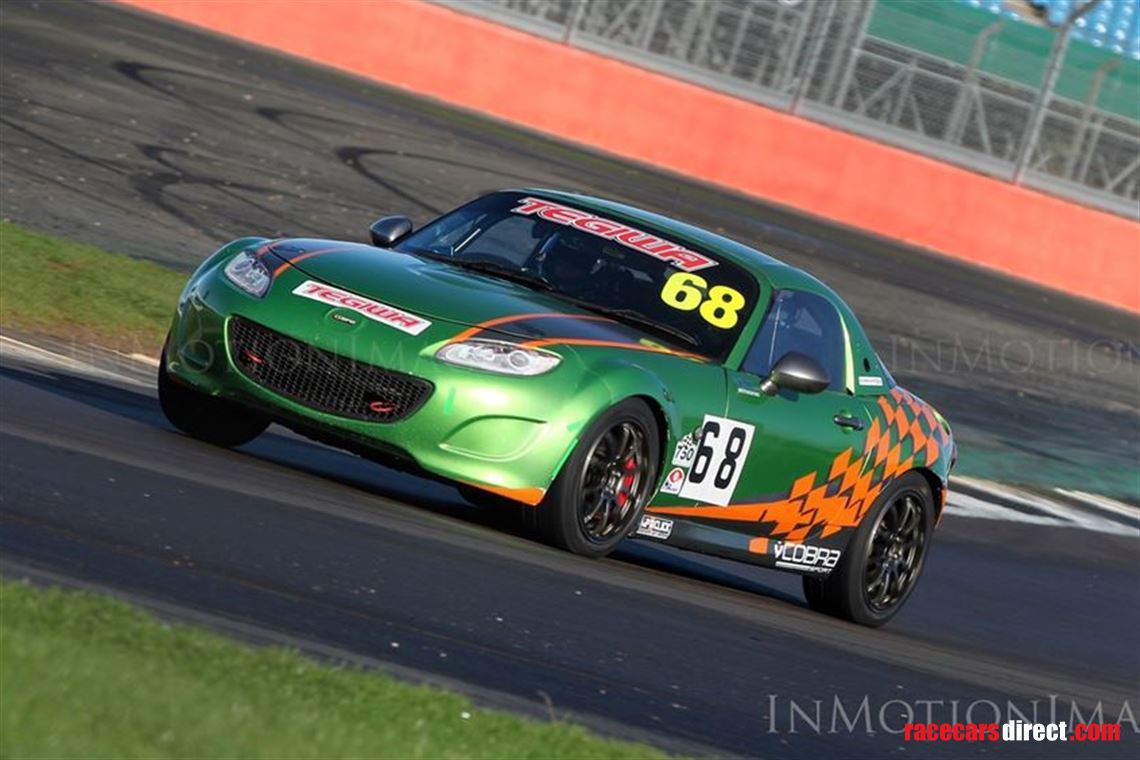 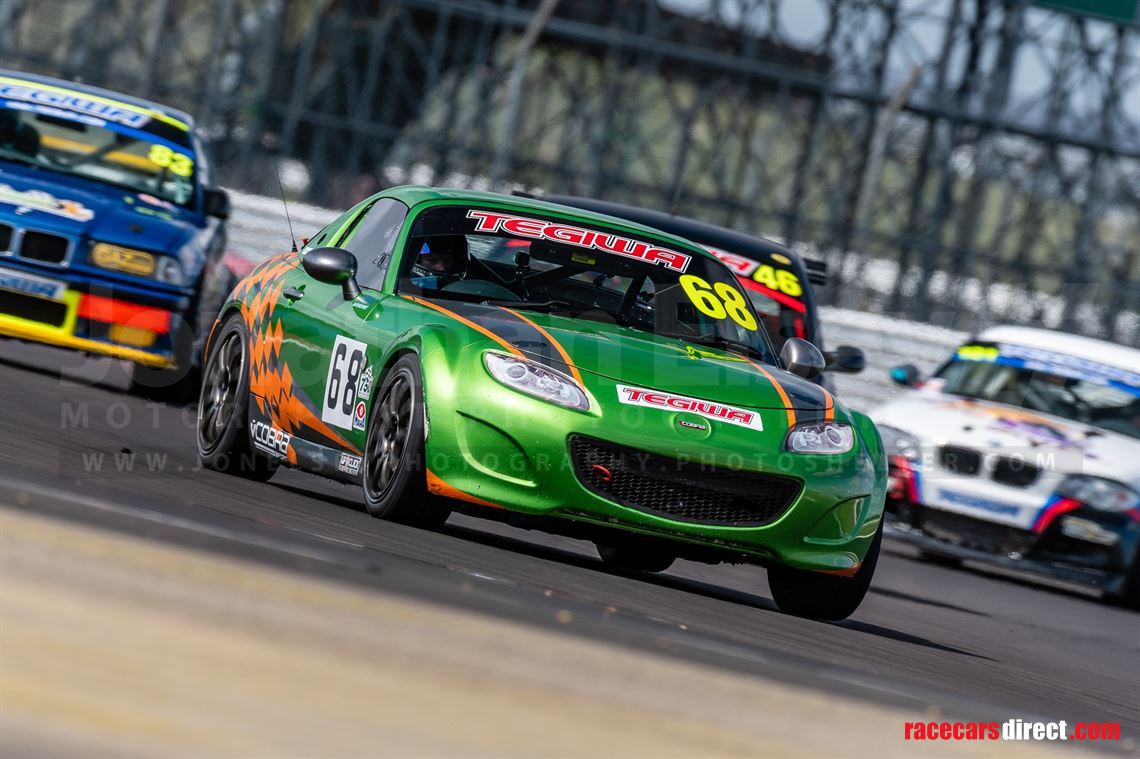 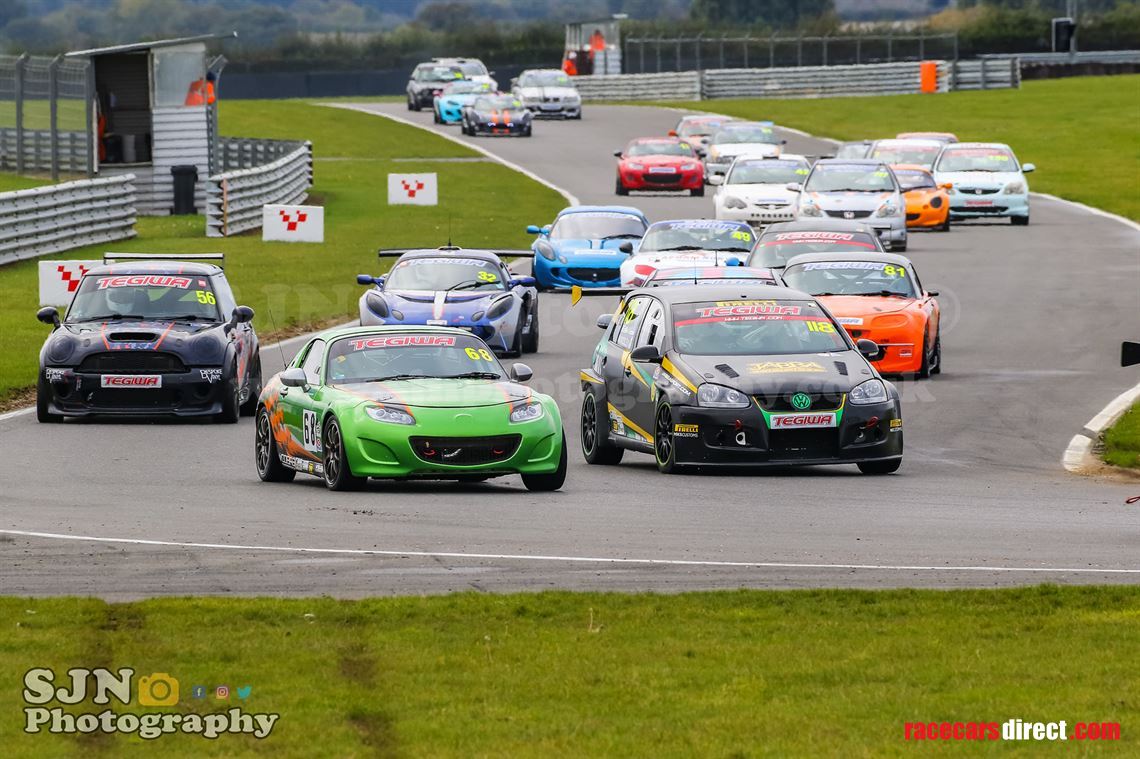 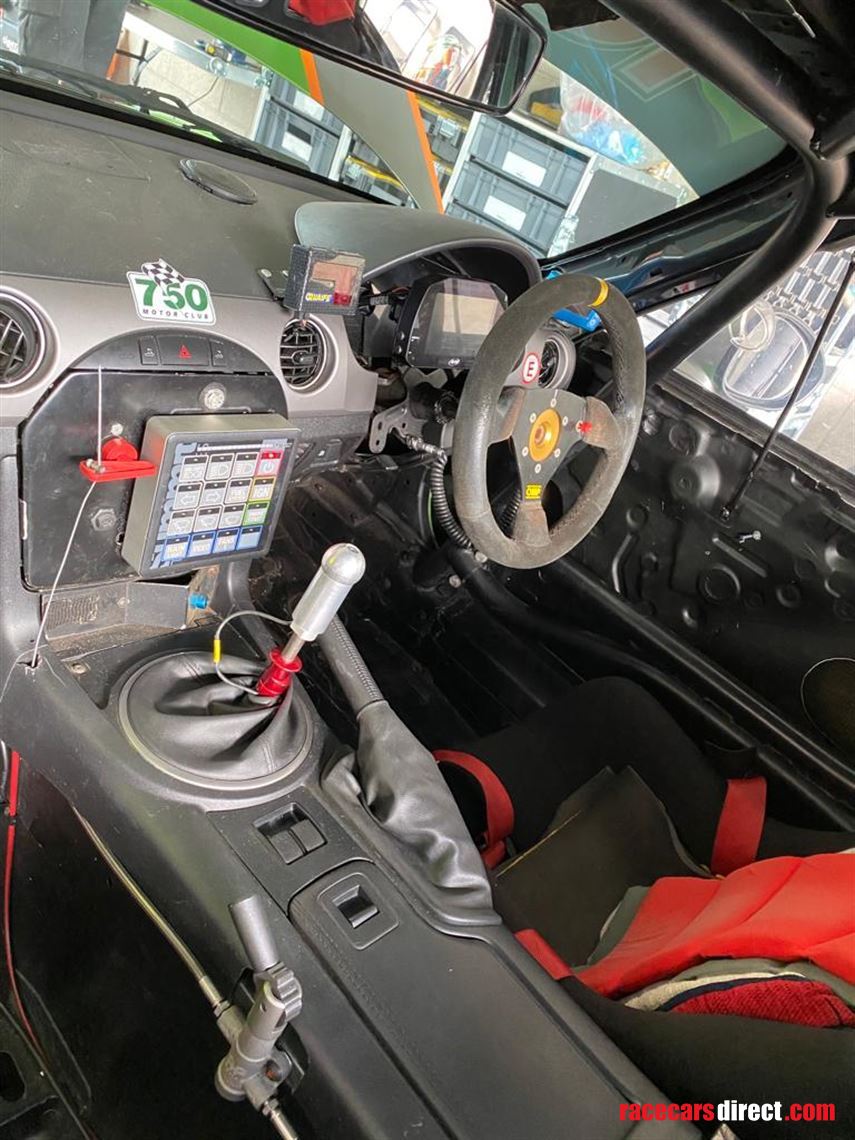 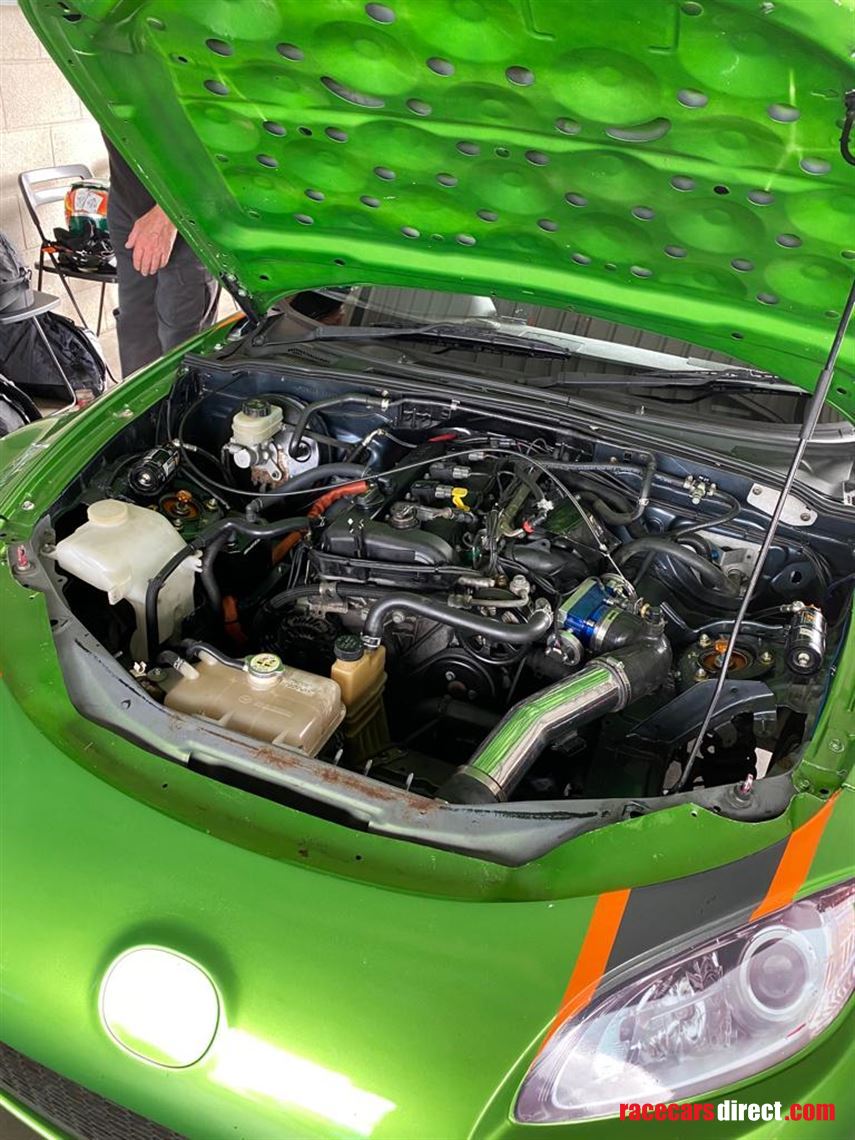 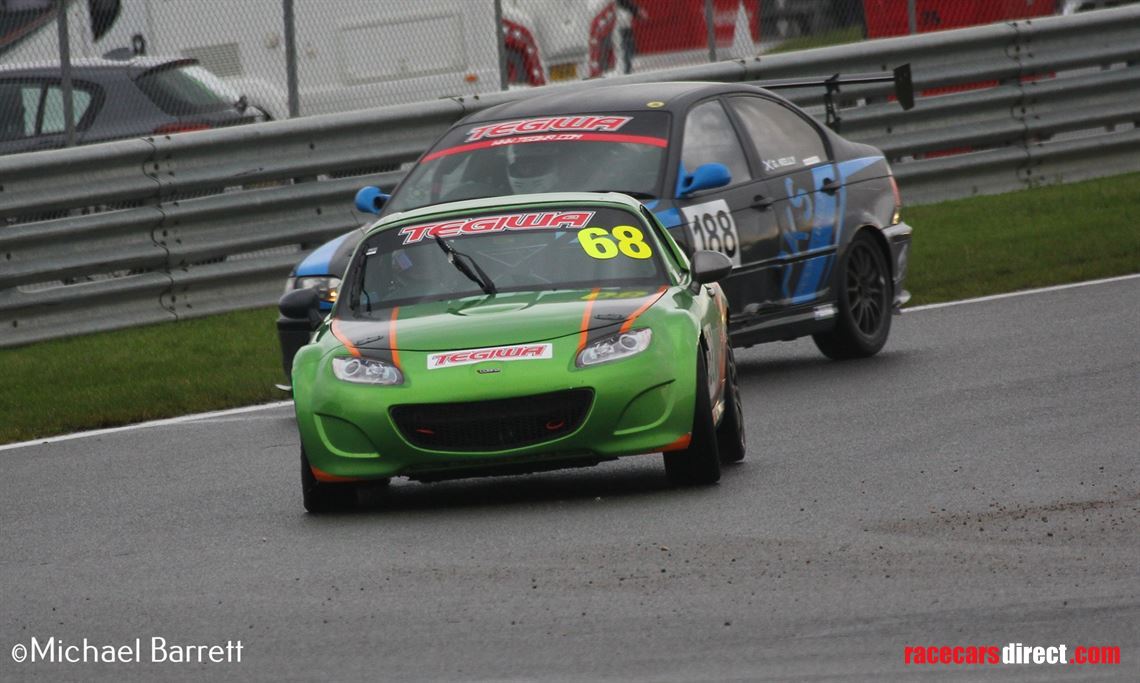 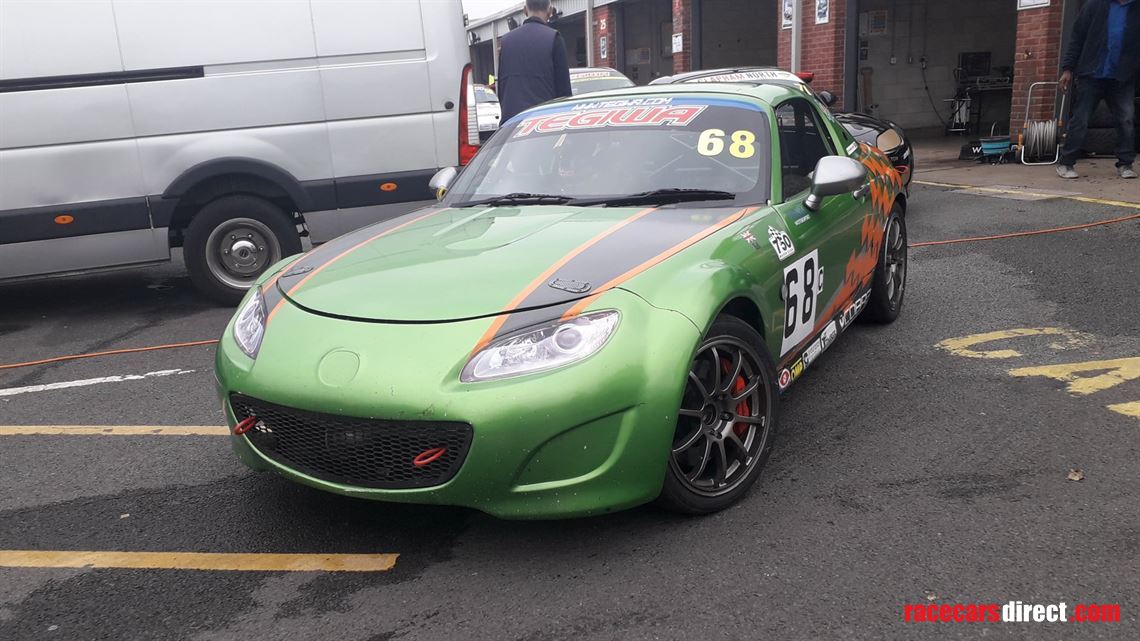 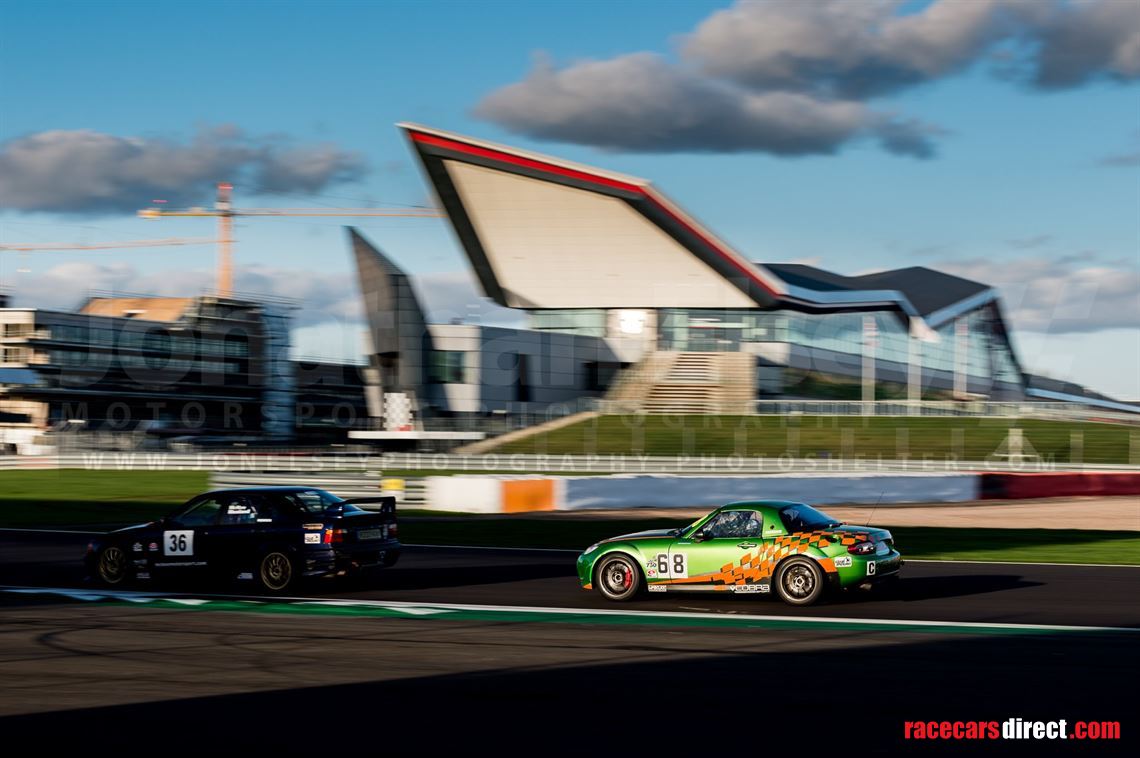 Championship Winning Mazda MX5 Mk3 with ten's of thousands spent to bring to this specification.

This car started life as an already Race-Winning Mazda Supercup Spec car that raced very sucessfully with Nick Dunn under Paul Sheard Racing in the Mazda Supercup Championship (and could be taken back to that specification in the future).

We acquired it in early 2019 and with some minor initial modifications, to make it more Endurance friendly, (full roof with plexi side windows etc) and being painted Mazda "Spirited green" as a Hommage to the Jota MX5 GT4 car. It was entered in Club Enduro races in 2019 and was on the podium out of the box. Additional mods were made to the car throughout the season (AST 2-way suspension etc) to enhance its specification. The car subsequently came 2nd in the Class C championship in its first year and was never off the podium that season.

In preparation for the next season the car was further modifed with a sequential gearbox and Brembo brakes, as well as an Endurance Fuel tank. The car won the overall Class C championship in 2020 and was 2nd in the Overall Standings.

The car was not used much in 2021 due to clashes with other racing programmes - but was on the podium in every race it was in.  It has not been raced since Oulton Park at the end of 2021 (3rd despite a stop and go penalty), and is now for sale due to us racing in other series.

The car has a very strong engine that produces in excess of 190Bhp - making the car bang on the 180BHP per tonne limit for many Class C championships. The Quaiffe sequential box allows flat shifting ensuring all those BHP are not wasted and the car can compete with higher power vehicles.

The car is very well known in Club Enduro.

The full list of modifications are exhaustive but here are the main features:-

Race Winning Supercup cars are £11k - and this car has had many tens of thousands spent on it, over and above that, to get it to this level. You could not build this car for £40k today.

Its an out of the Box Championship Contender in Class C of 750MC Club Enduro or the Roadsports Championship - as well as the BRSCC's equivalents.

The car is currently fitted with an Autotel Digital Radio System - and that may also be available by separate negotiation.

220 reliable hp. Available either 75% or 100% finished depending on how quickly you enquire.