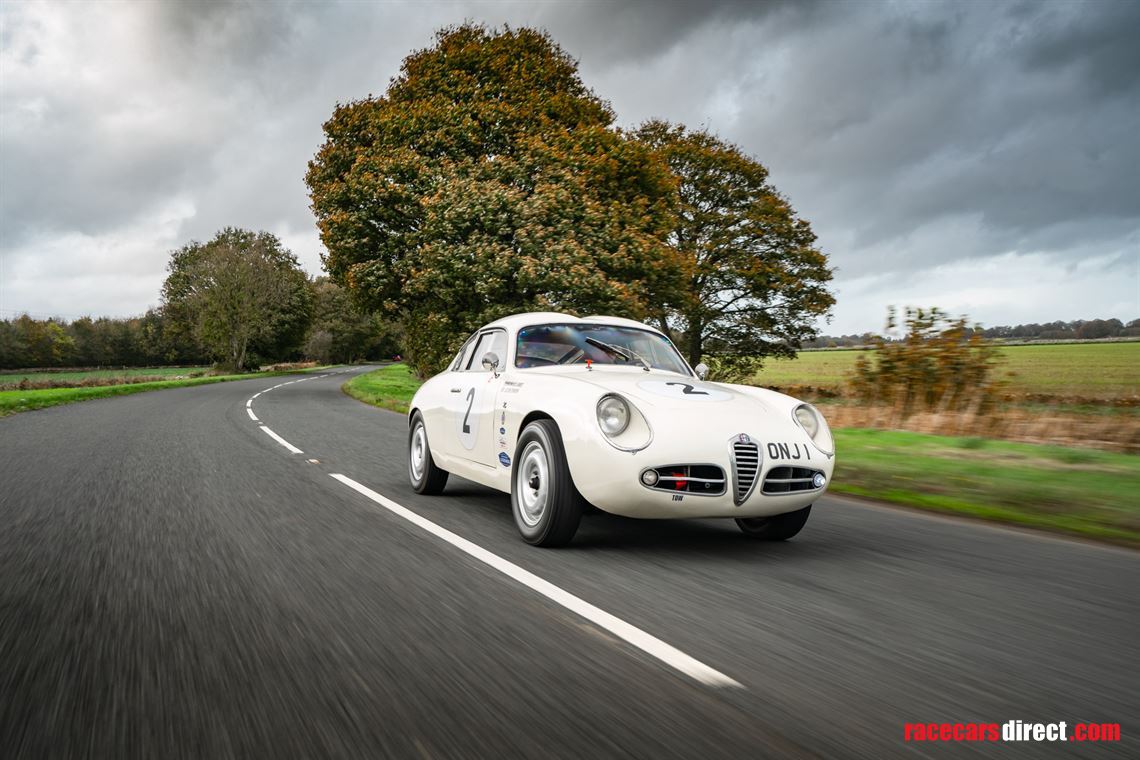 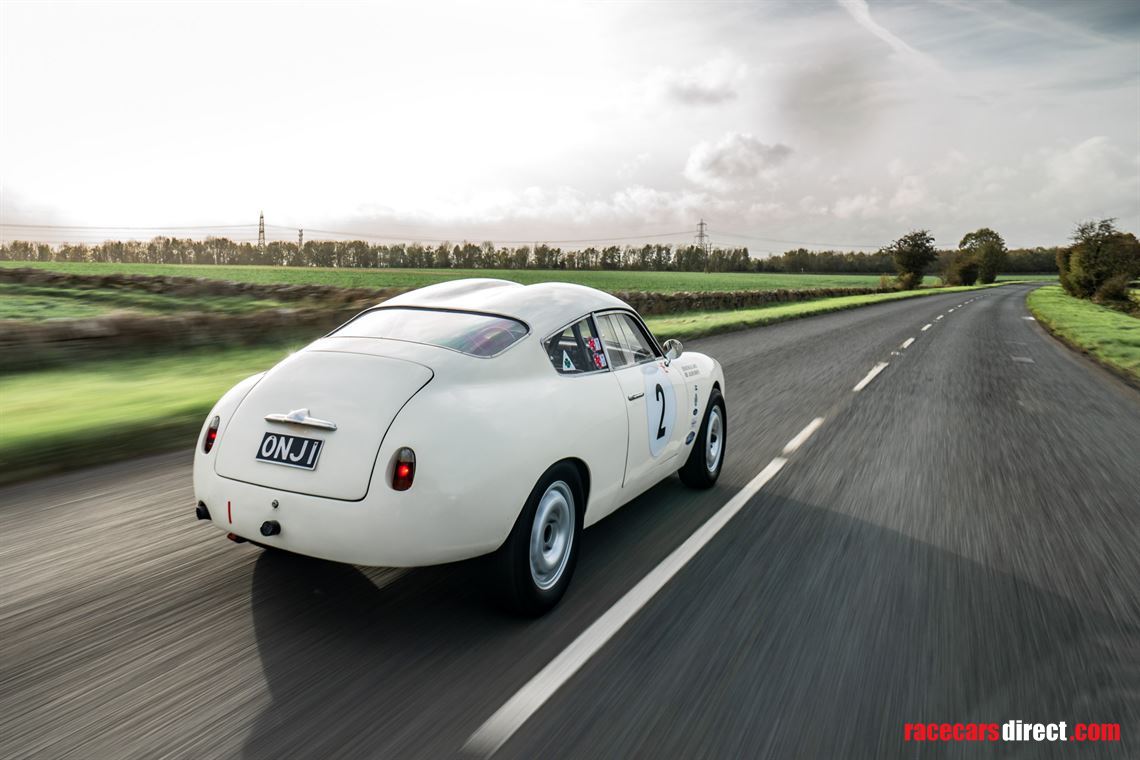 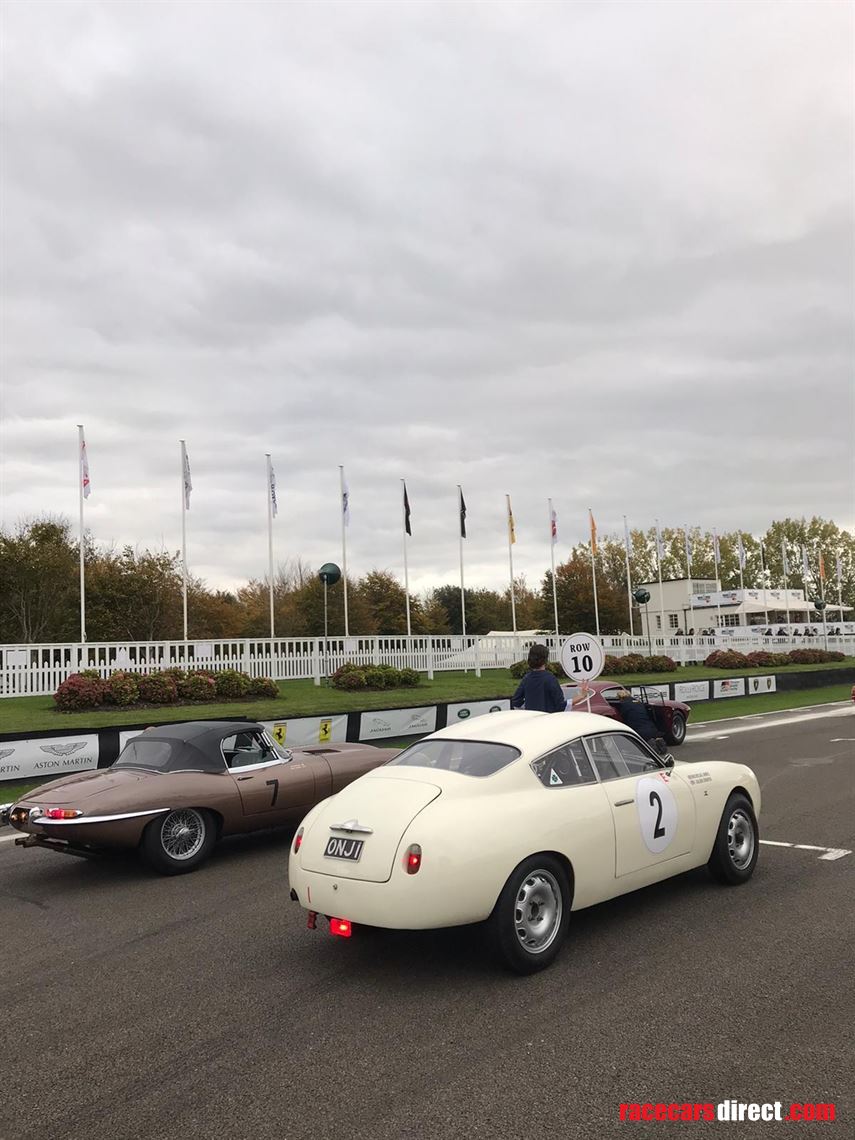 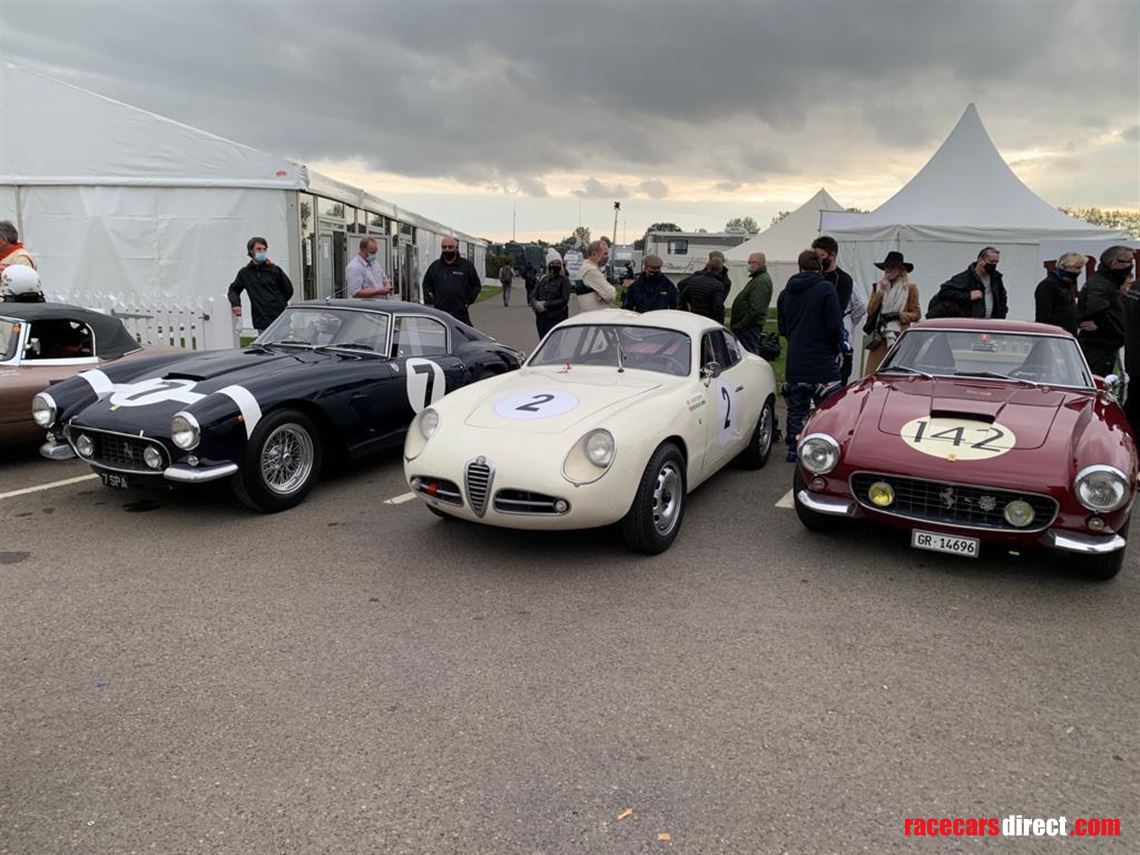 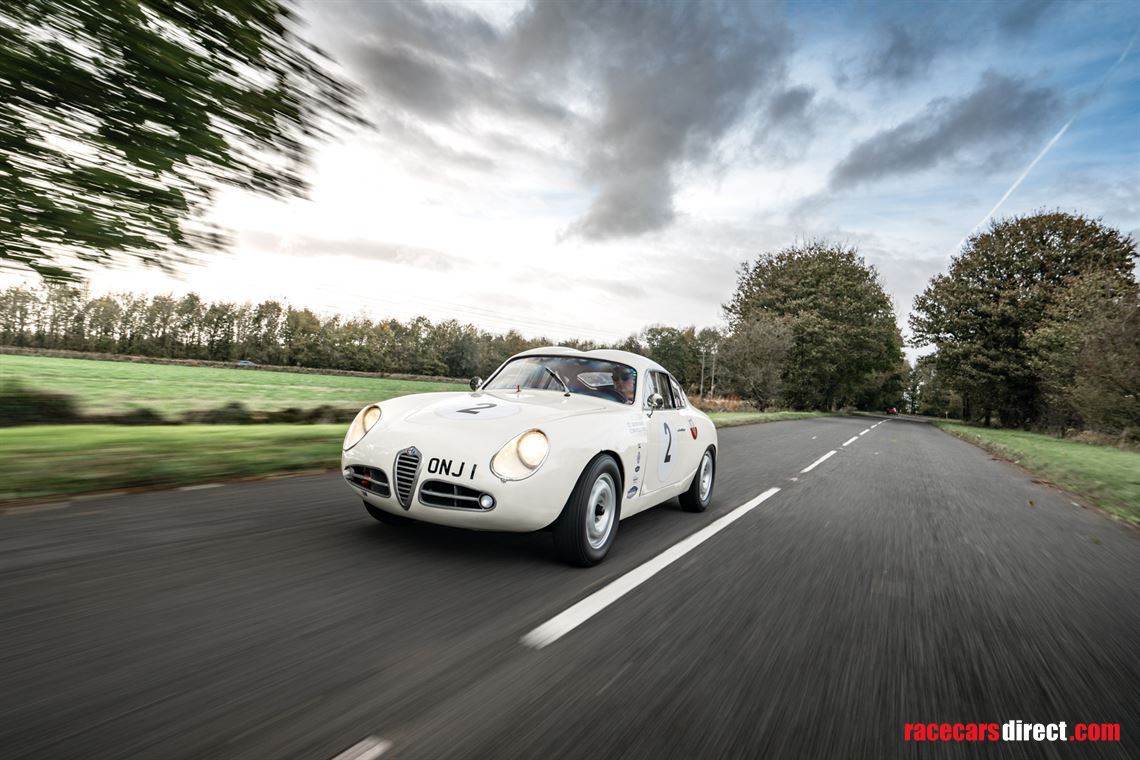 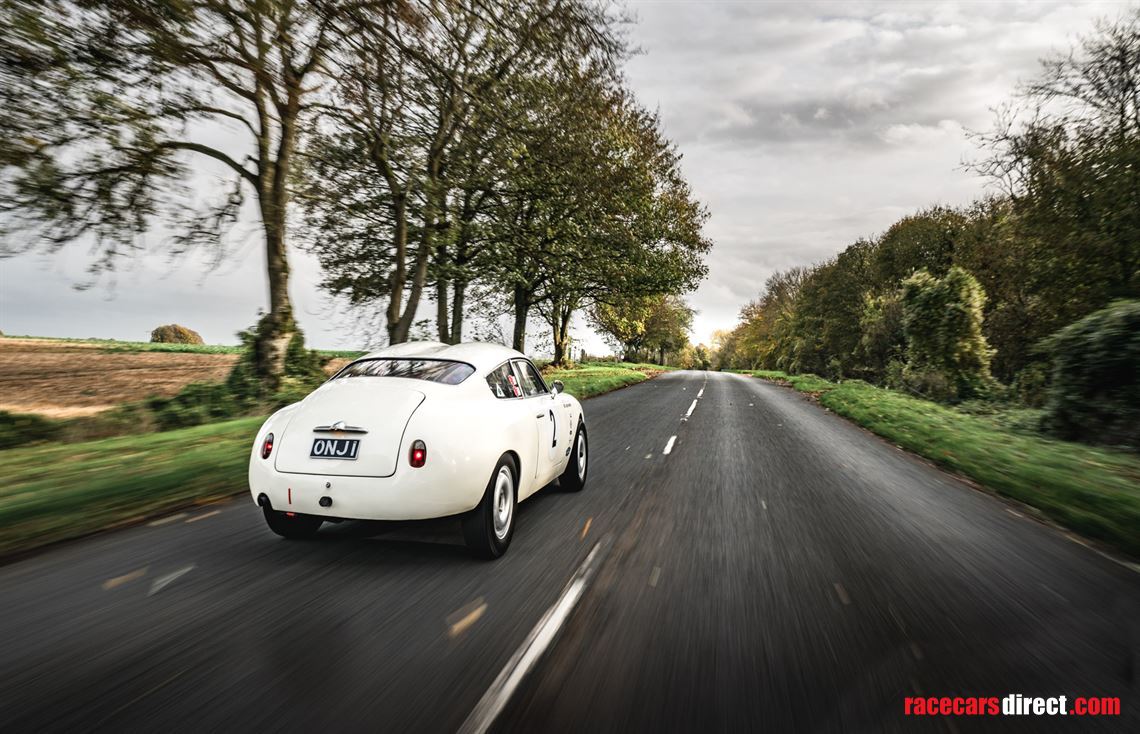 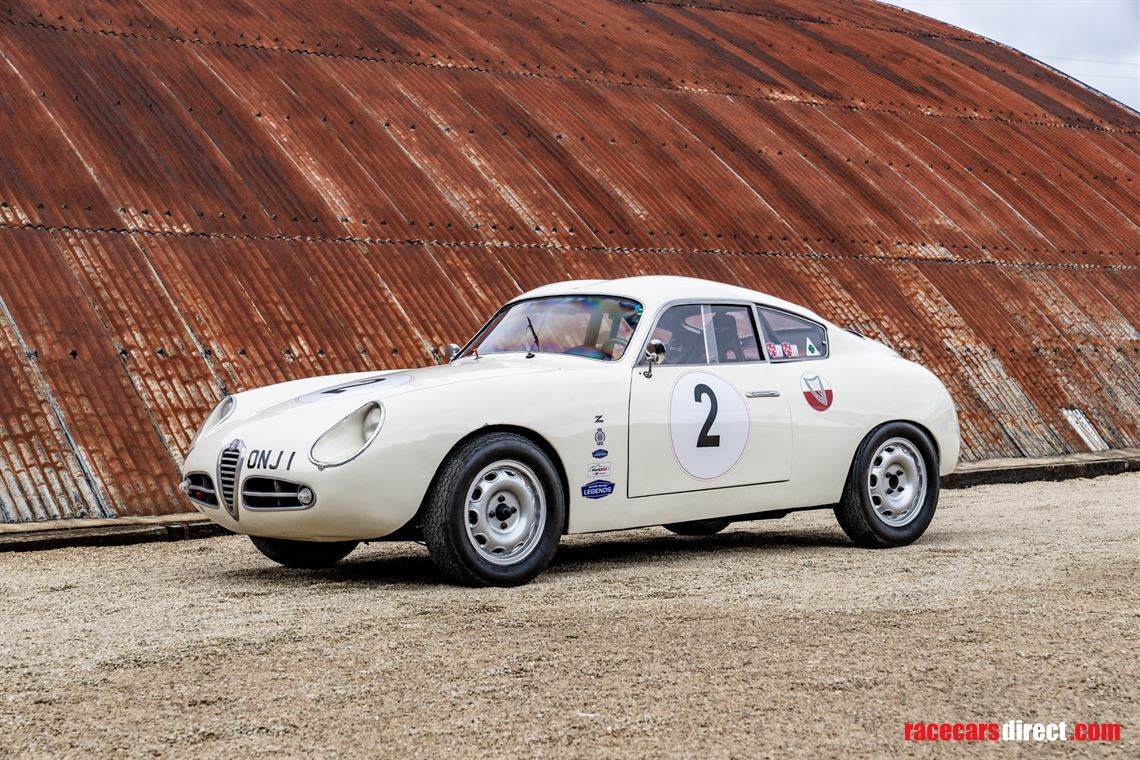 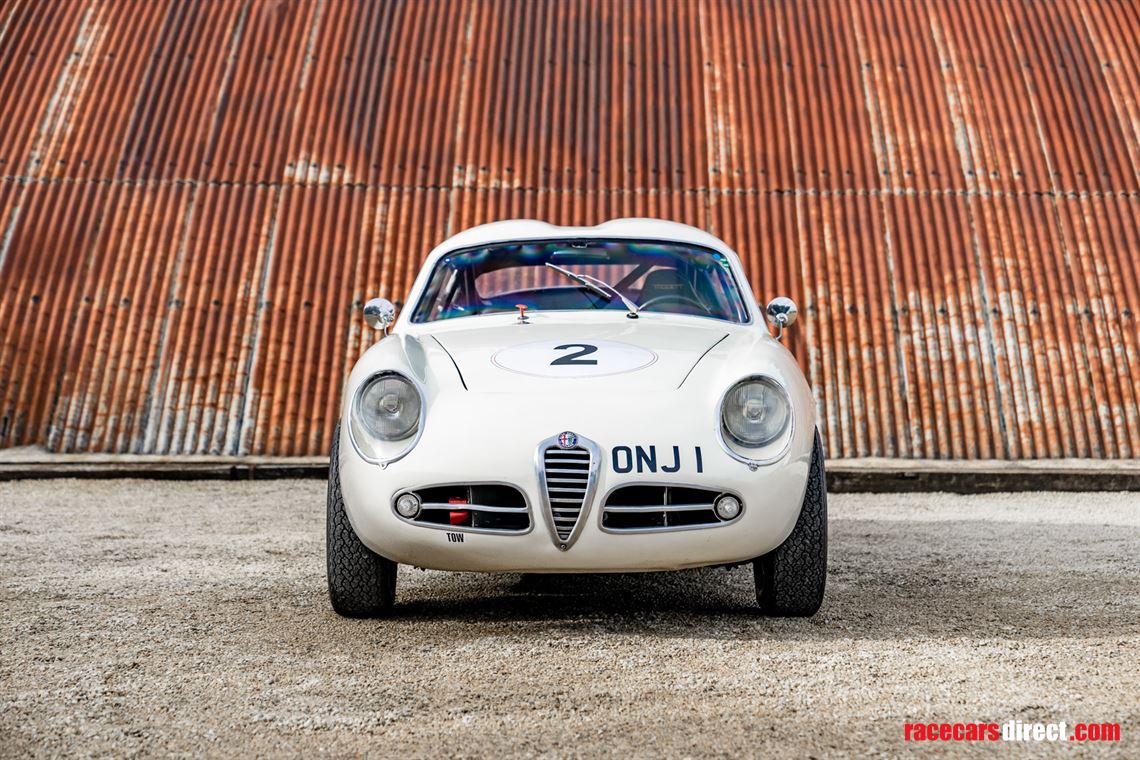 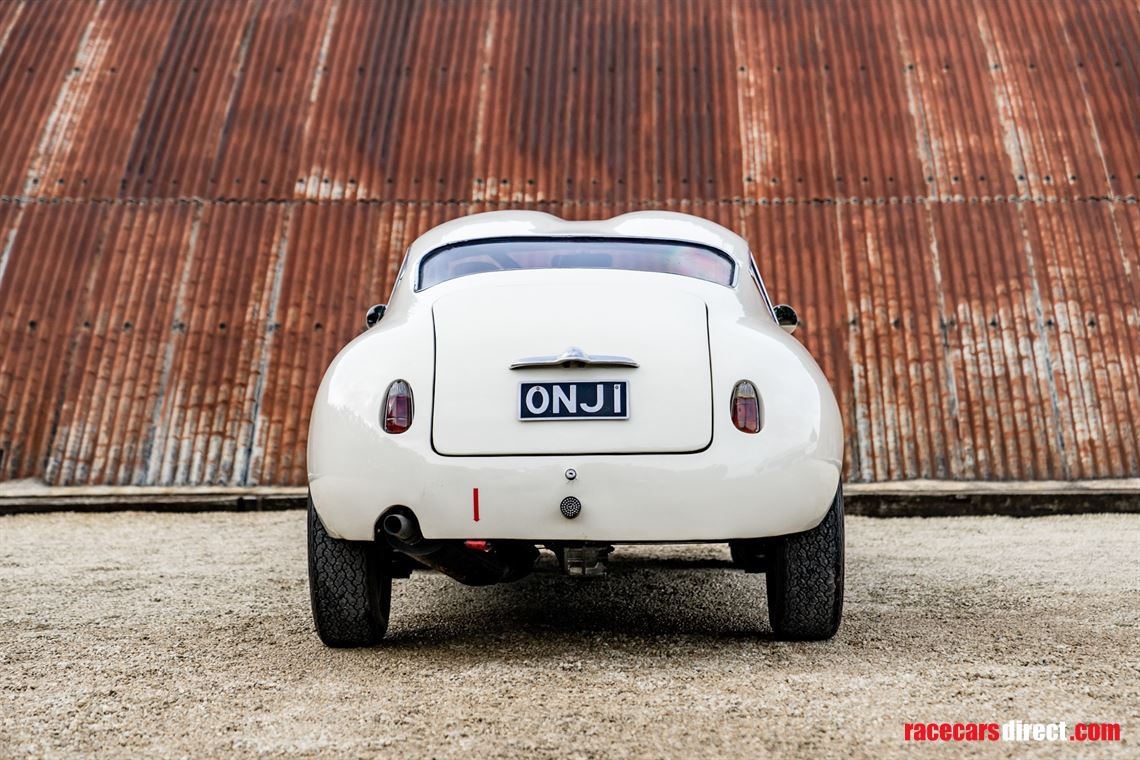 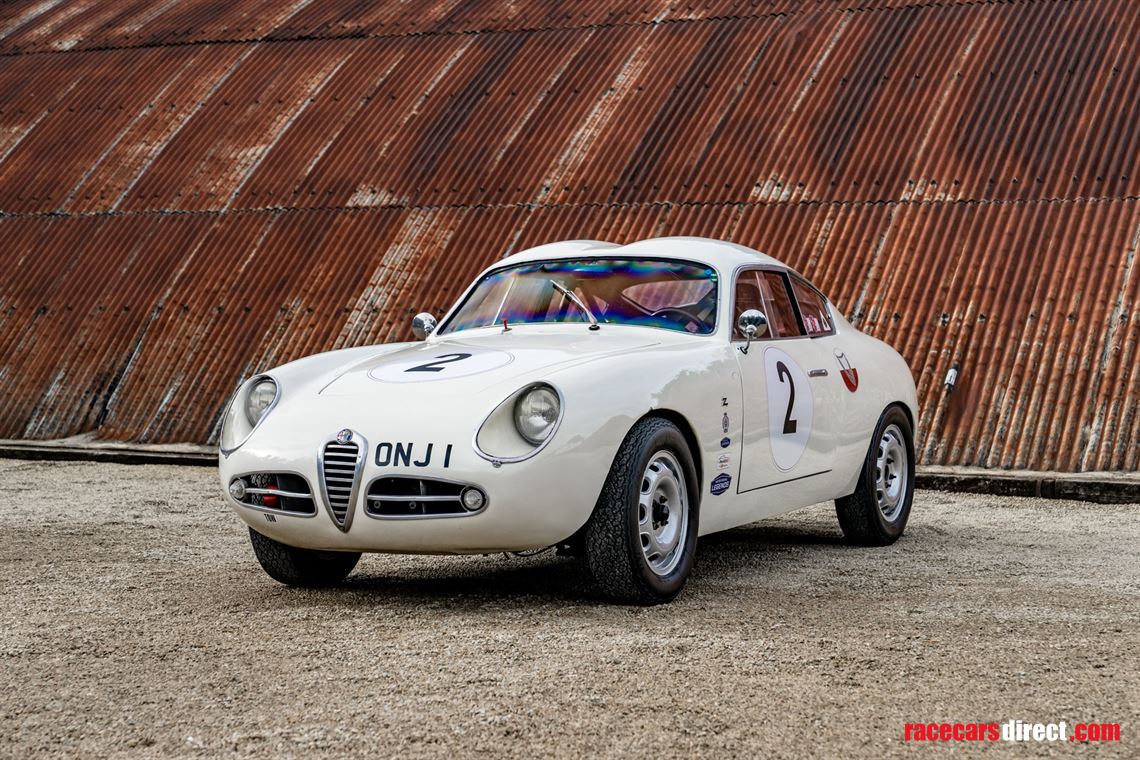 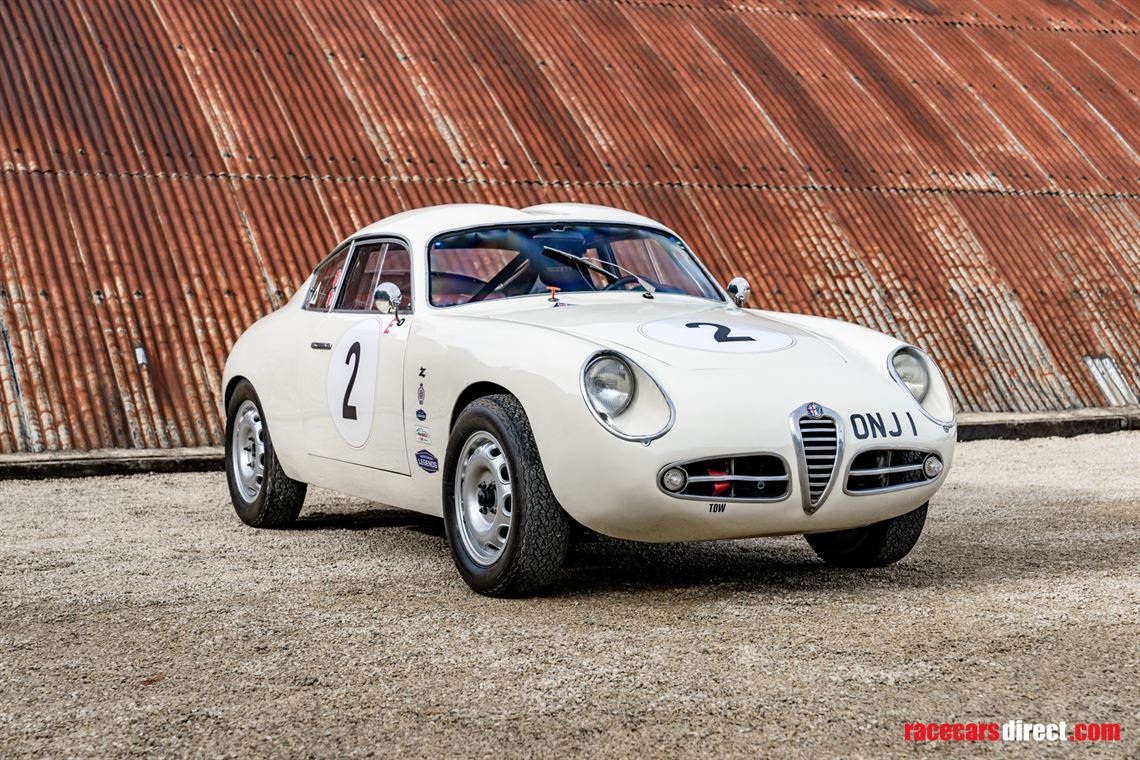 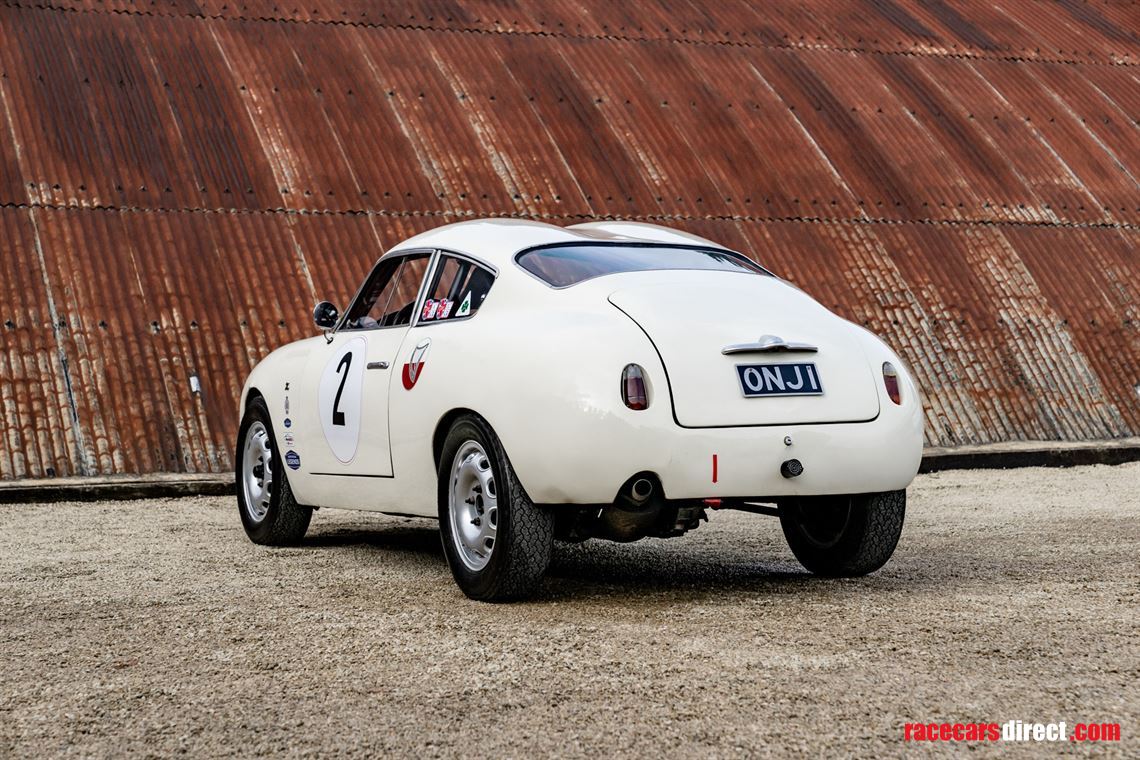 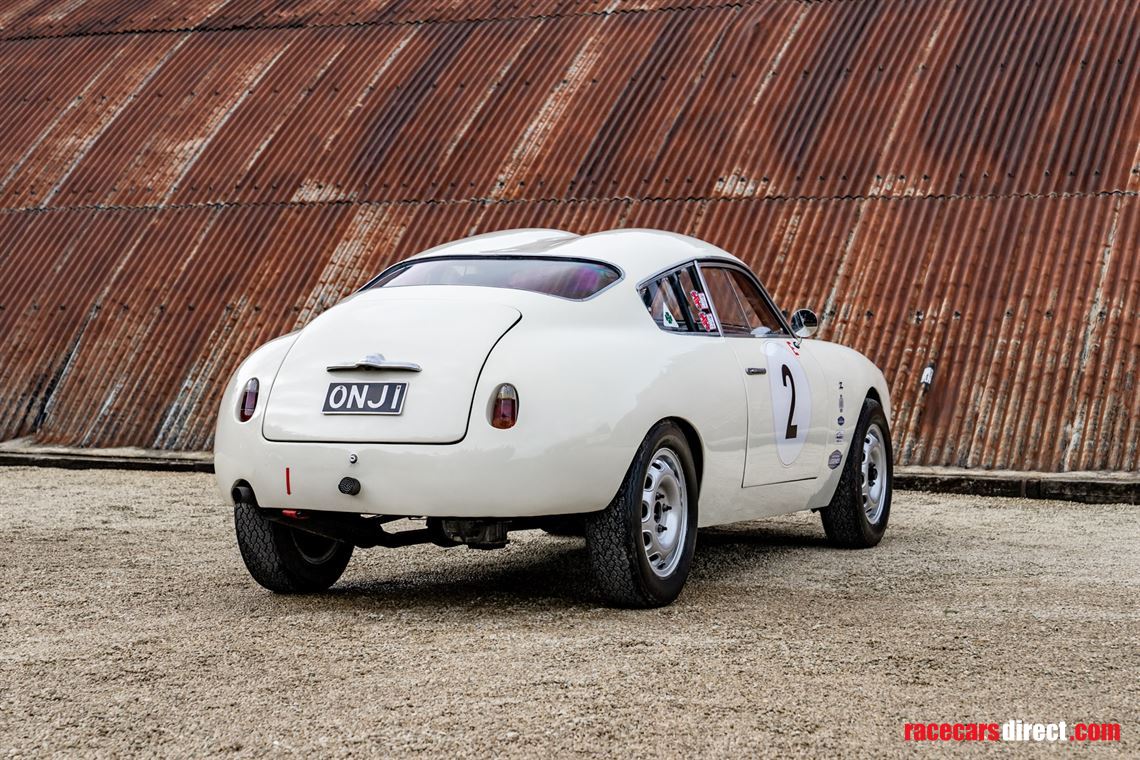 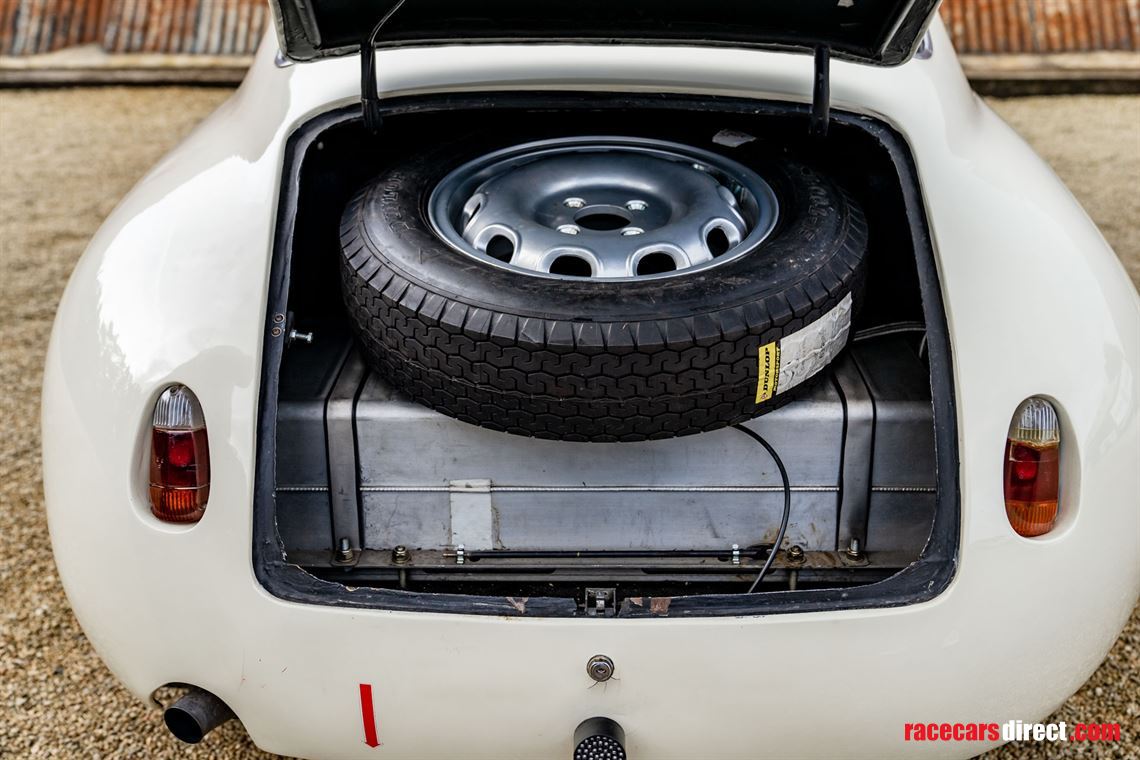 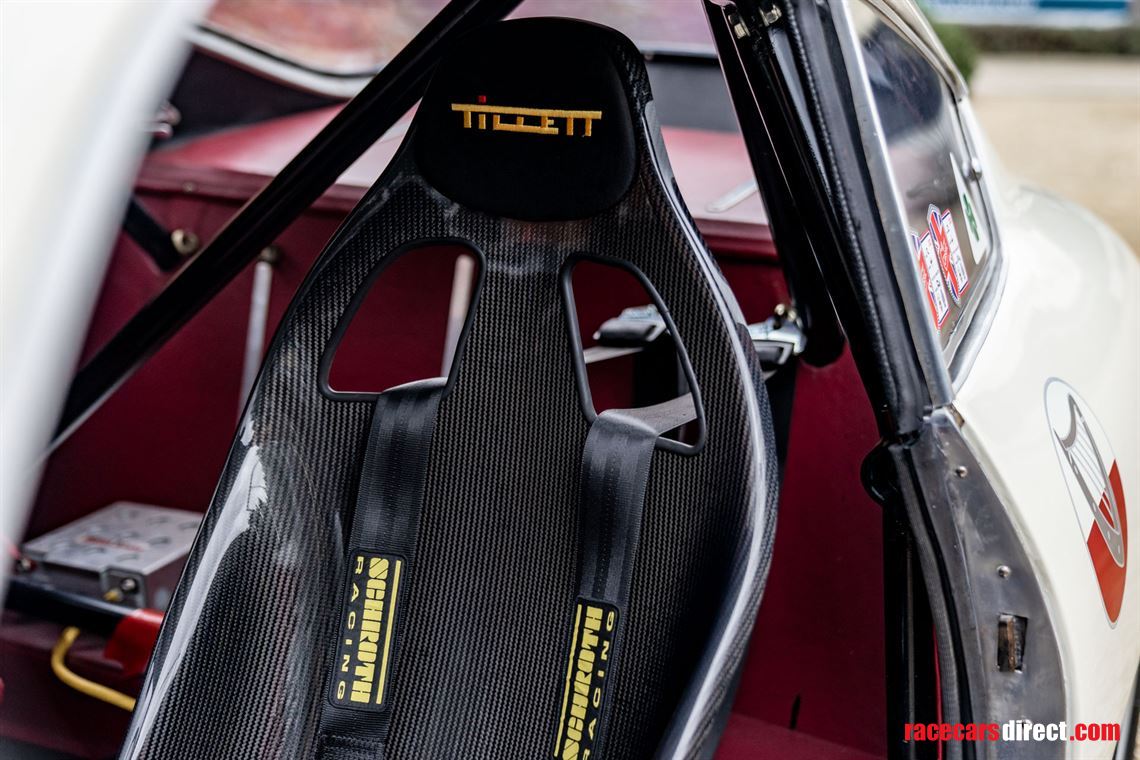 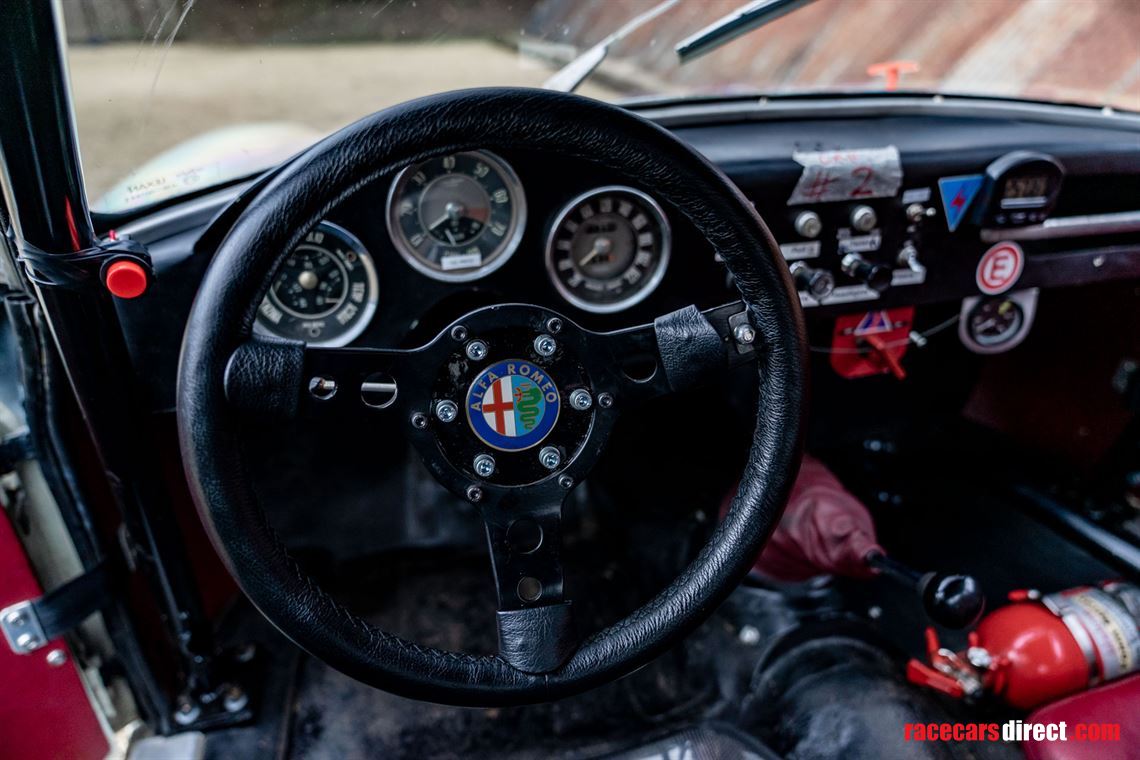 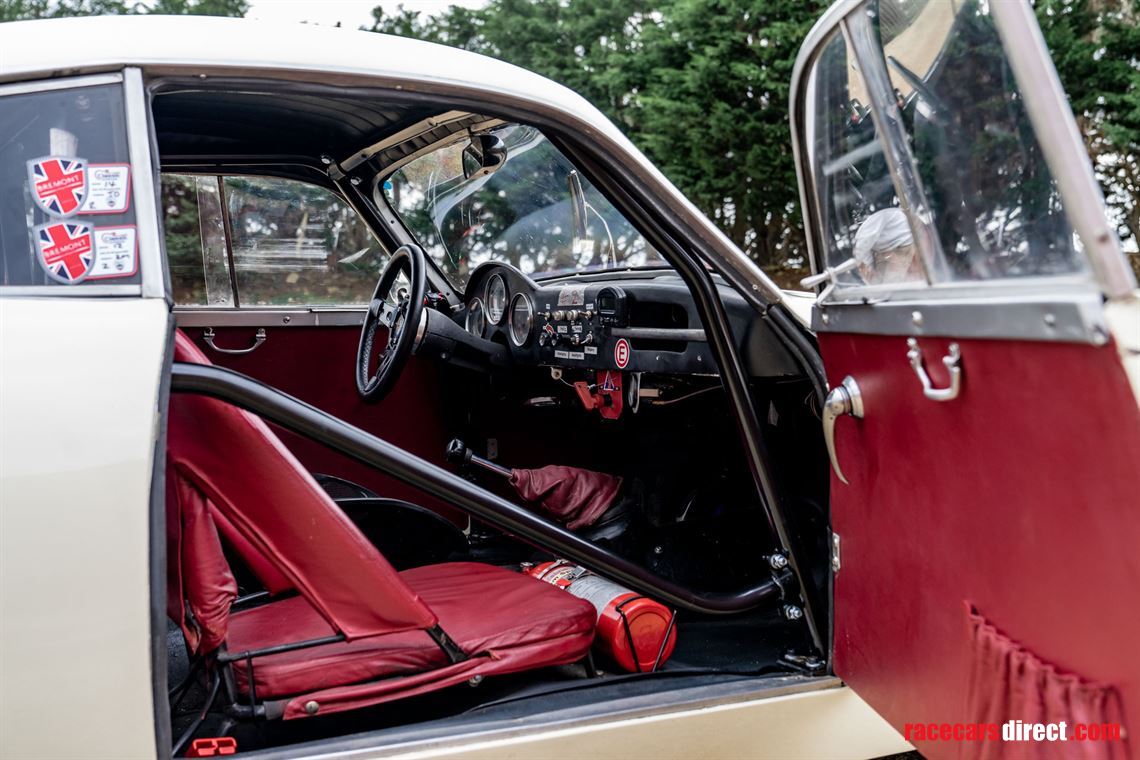 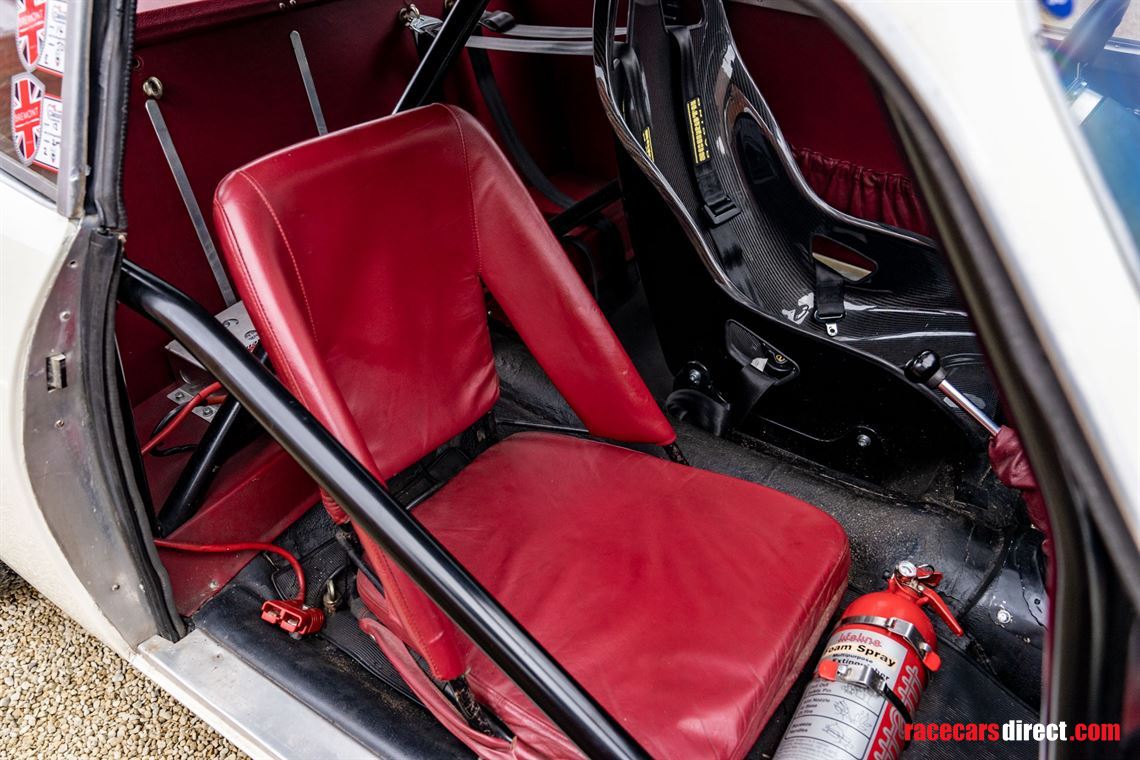 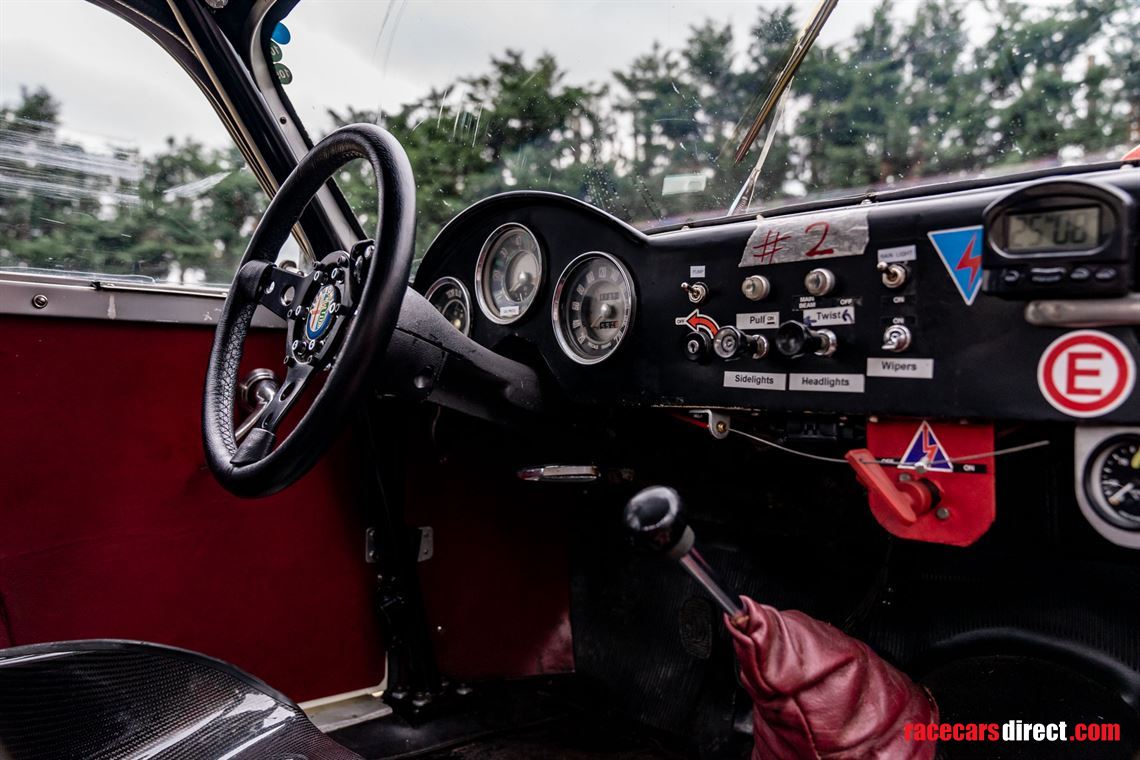 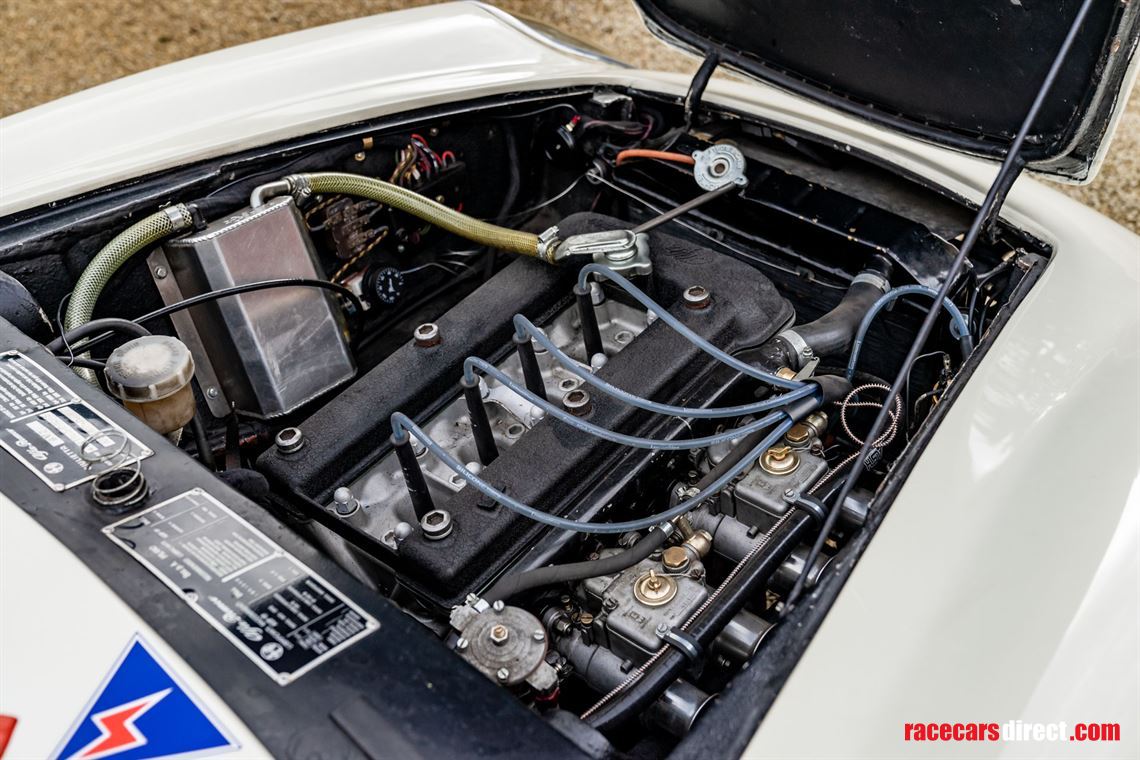 This beautifully prepared Alfa Romeo Giulietta ‘SVZ’ has regularly been raced over the past few years and is eligible for some of the finest historic motorsport events in the world, as featured in the video below:

Chassis number 04045 was built as a standard Giulietta Sprint on 1 March 1957 and sold on 3 June that year via the official Swiss importer – Societa per il Commercio dei Prodotti Alfa Romeo in Lugano. It has been suggested that it was rebodied as early as 1960, while it was still in Switzerland. Close inspection of the bodywork as well as the age and method of welding (Oxyacetylene) indicate that the body has been on the car since the 60s.

The Alfa returned to Italy in July 1975 – when it was given the Potenza registration PZ99308 – and stayed there until it was sold to a Portuguese enthusiast in early 2000. He used it for historic rallying, fitting a rally-tuned 1750cc engine and a five-speed gearbox, and entered it for events such as the Tour d’Espagne.

The SVZ was then sold to a new owner in Belgium, who set about making it more comfortable for road use, a process that included – among many other things – overhauling the brakes and fitting adjustable dampers as well as a modern starter motor and an alternator.

In 2014, the car was acquired by an English enthusiast who prepared it for circuit racing by removing the 1750cc engine and replacing it with a correct 1290cc unit that was sourced from Classic Alfa. It featured a gas-flowed cylinder head, hardened valve seats, forged pistons, steel rods and race cams, and the Alfa – having also been painted white – was then raced extensively in series such as FISCAR.

Its most recent owner has continued in the same vein. A full rebuild of a correct Type 102 1300 engine has been carried out using Carrillo con-rods and an Arrow crankshaft. The result is 129bhp at the flywheel, and since then the engine has been used for only a handful of track sessions. It was FIA inspected and sealed less than six months ago.

The Alfa has also been treated to a full rewire with a bespoke braided loom, a new roll cage has been fitted, and the gearbox was rebuilt during the summer of 2022. A limited-slip diff has been installed, the exhaust system replaced, Tillett carbon fibre seats fitted, and it comes with two sets of wheels and tyres.

No expense has been spared in its preparation, and this extremely competitive SVZ has been raced at blue-riband events such as the Goodwood Speedweek (Stirling Moss Memorial Trophy), Goodwood Members’ Meeting (Moss Trophy, 2021) – as well as the Pre ’63 GT and Woodcote Trophy (Pre- 56) at the Silverstone Classic in back to back events. Its aluminium body has many of the features that are particularly sought-after, such as the ‘double bubble’ roof, round wheel arches and covered headlamps, and it would make an attractive, competitive choice of historic racer.

Now being offered for sale by The Classic Motor Hub, this well-sorted Alfa Romeo SVZ is supplied with an FIA Historic Technical Passport and is also eligible for the Le Mans Classic and road events such as Tour Auto and Modena Cento Ore.

Please note the registration ONJ 1 is not supplied with the vehicle, a date correct registration will be provided by DVLA.

MODEL HISTORY
The SVZ was not an official Alfa Romeo model, but instead had its origins in the Giulietta Sprint Veloce that was crashed by Massimo Girolamo Leto di Priolo on the 1956 Mille Miglia. Rather than having it repaired by the factory, he took it to Zagato, which stripped off the steel body and replaced it using aluminium panels that were considerably lighter.

The revised car was also much more aerodynamically efficient and it was immediately successful. Leto di Priolo won his class in the 1956 Coppa Inter-Europa at Monza, and soon other hopeful racers were beating a path to Zagato’s door in order to have their Sprint Veloce rebodied. Such was their bespoke nature that there was no set ‘style’ for the SVZ. Some had the signature ‘double bubble’ roof, others didn’t; some had covered headlights, others didn’t.

Beneath that bodywork, however, the basic mechanical components of the Sprint Veloce remained – complete with the 1.3-litre twin-cam engine that could be tuned in period to give up to 115bhp, plus the four-speed gearbox.

It’s thought that only 16 genuine SVZs were built by Zagato in period, and competition success included outright victory in two gruelling events in 1958 – the Marathon de la Route and the Coupe des Alpes – as well as countless class wins. Although some people at Alfa Romeo were pleased with the publicity, others were less than thrilled that it was being generated by a model that wasn’t built ‘in house’.

The result was an official partnership between Alfa Romeo and Zagato to produce the Giulietta SZ, which made its debut at the 1960 Geneva Motor Show and led to the legendary Giulia TZ.

Car Storage and Workshop at Spa-Francorchamps