Living the dream at the Silverstone Classic 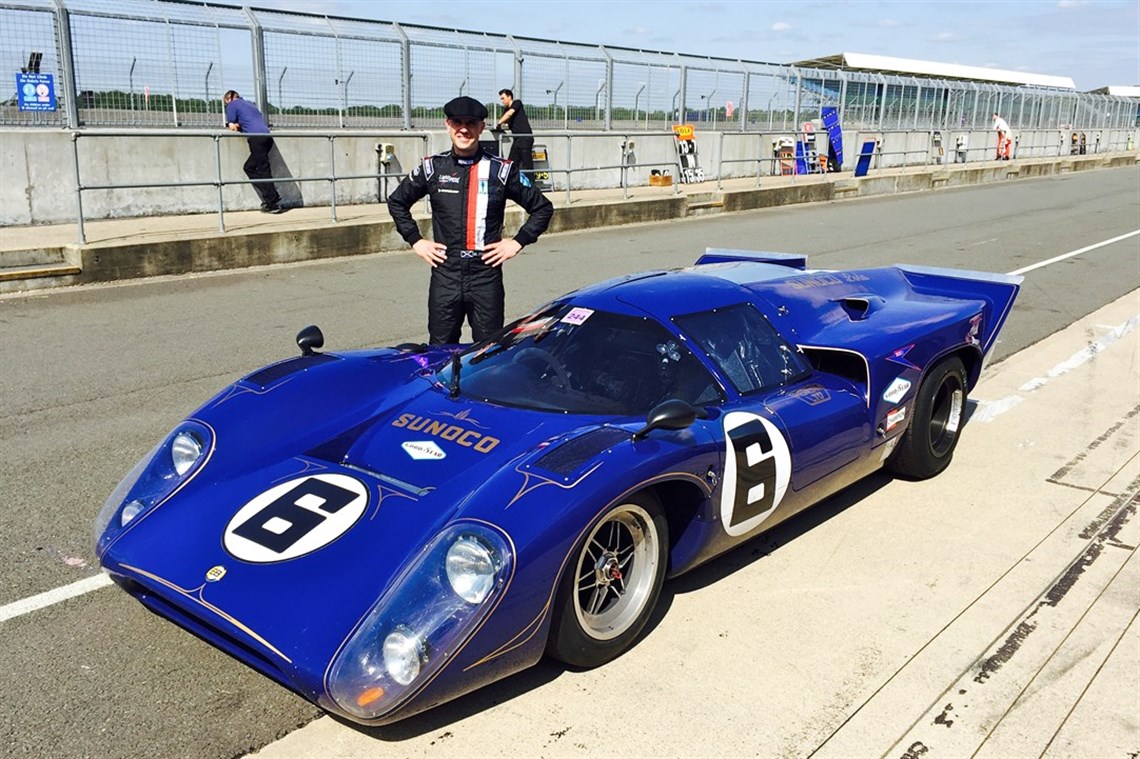 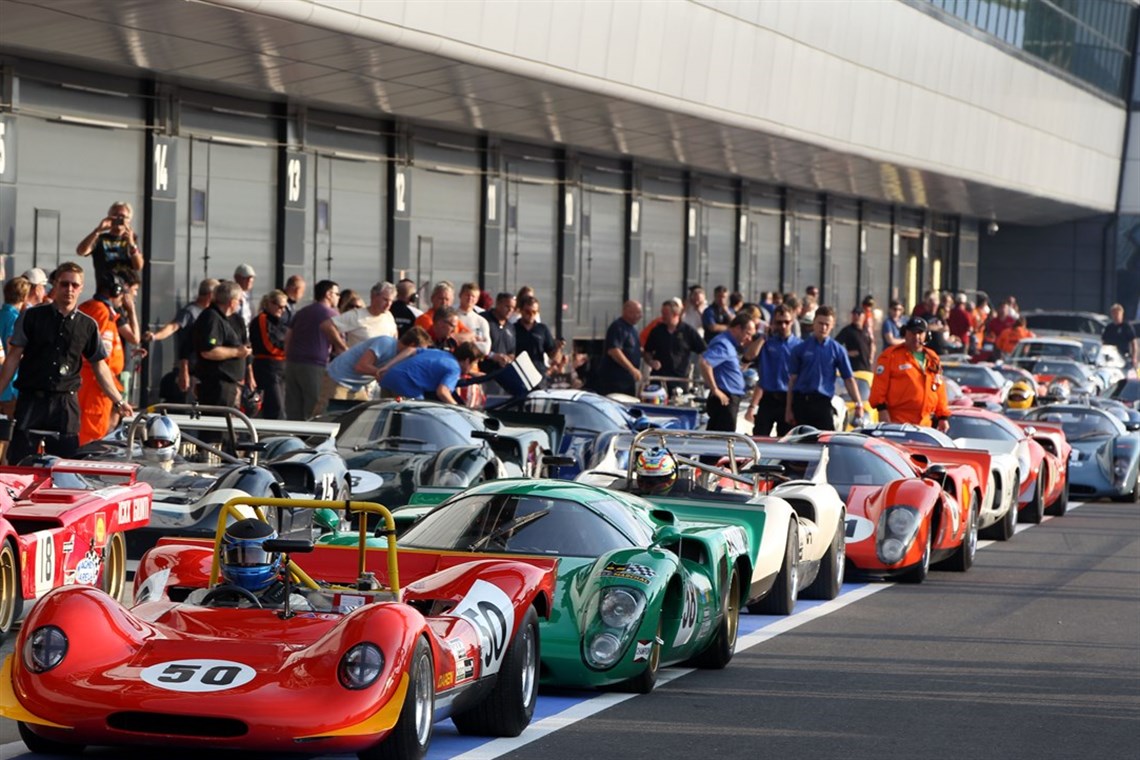 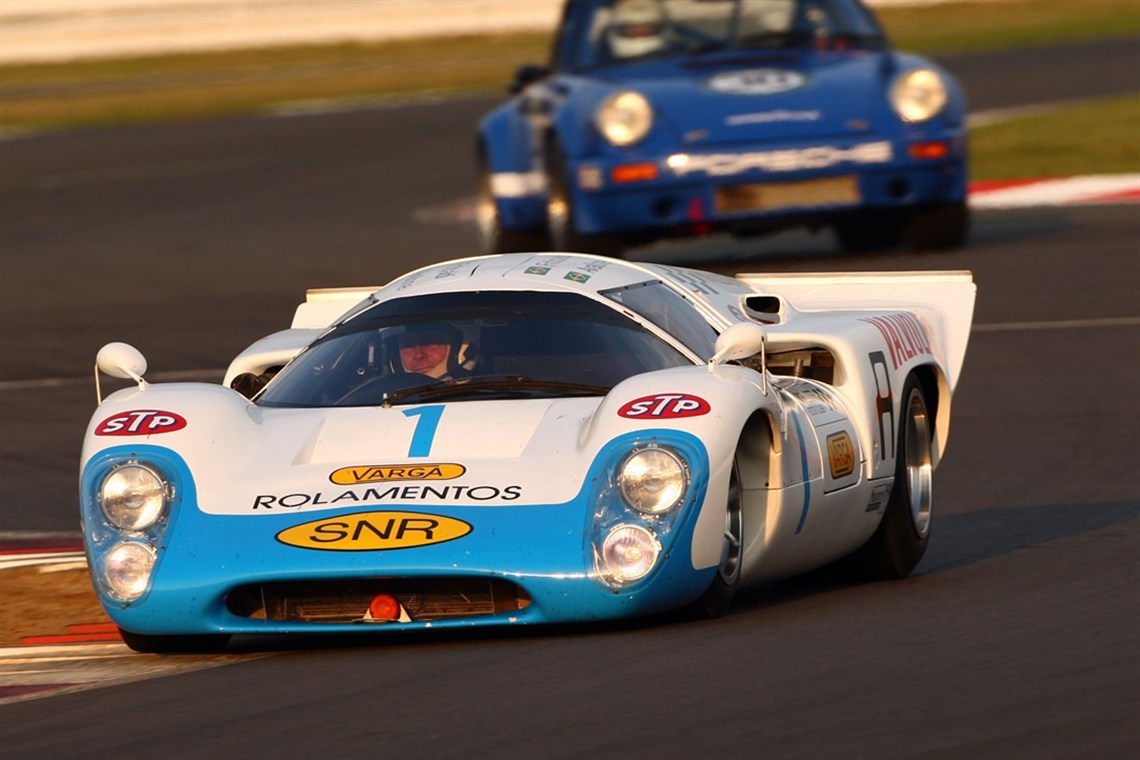 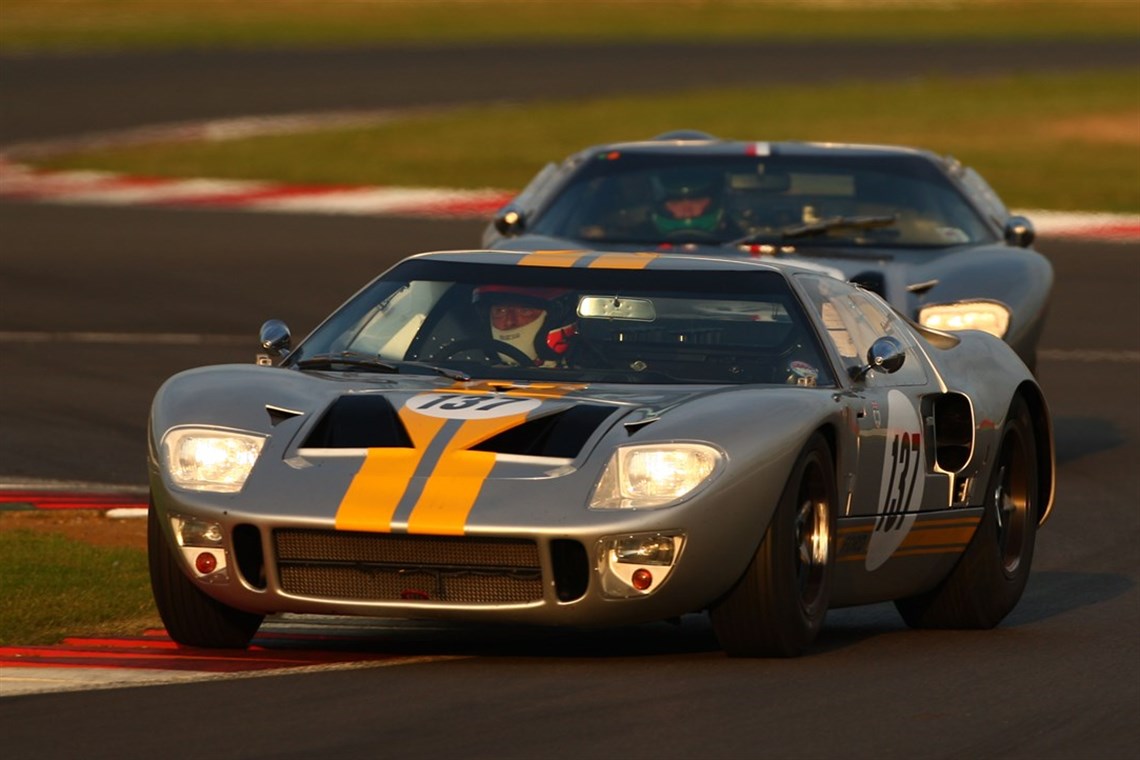 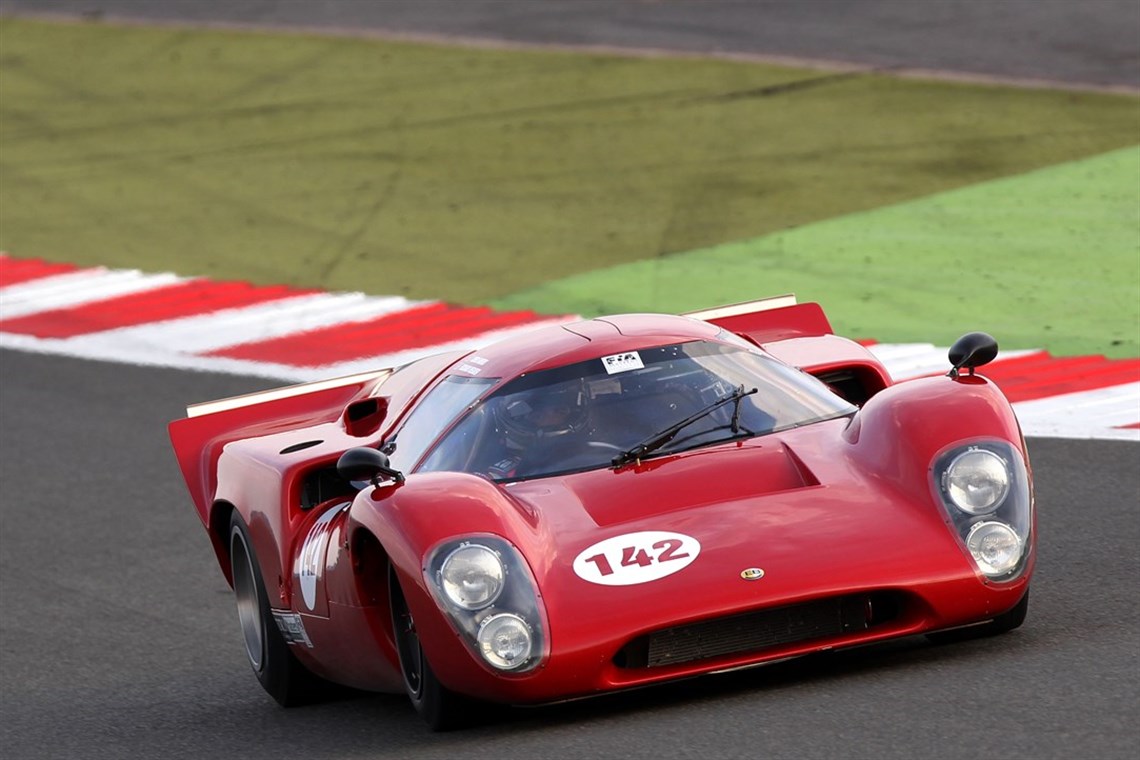 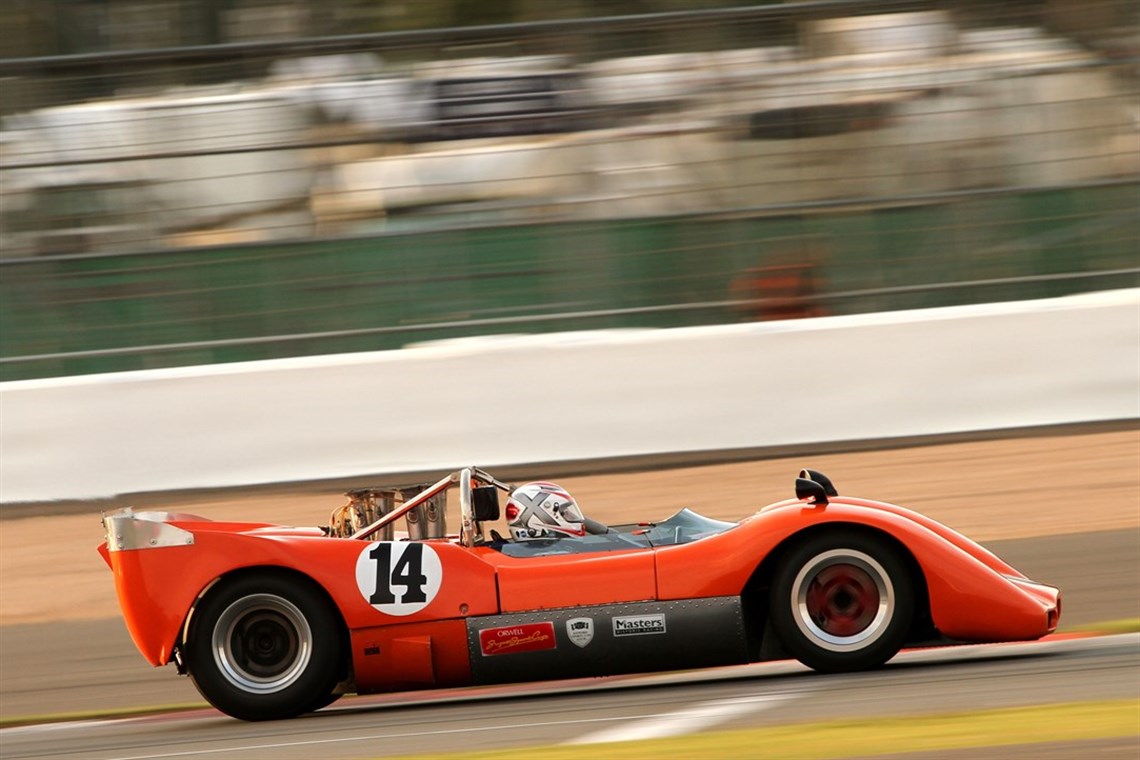 • Marino Franchitti all set for his Silverstone Classic race debut

Marino Franchitti is just one of the hundreds and hundreds of racing drivers all revved up for this weekend’s sensational Silverstone Classic (24-26 July). The 37-year-old Scot, though, has a very special reason to be exceptionally excited – he’s about to fulfil a dream. “I’m going to race an incredible car and I just can’t wait,” he enthused.

Although the evocative Broadley Lola T76 making its debut at Silverstone is a continuation model, it is period-accurate right down to the Sunoco livery, vented front wheel arches and Perspex roof fairing over the mighty 5-litre V8 engine’s velocity stacks.

“It’s just so iconic and I’m totally enthralled,” raved Franchitti after testing the car for the first time at Silverstone last week (above). “This is a chance to experience what my heroes experienced and to be part of what’s such a fantastic event. I’ve been to the Classic a couple of times but never before with the added thrill of racing.”

With no modern driver aids, few aerodynamic extras plus more than 500 horsepower on tap, the Lola is a real driver’s delight. “It really blew me away in all ways,” said Franchitti, himself a notable racer and the winner of the 2014 Sebring 12 Hours. “It was just so alive in your hands and was so much better than whatever I thought it was going to be. Being a big kid, it made me feel like Steve McQueen!

“What’s more I loved being back in a car where you have to look after the brakes and gearbox. It was fabulous to have dials, too, and not someone in your ear telling when something is about to go wrong.”

Franchitti, whose brother Dario is a multiple Indianapolis 500 winner and cousin Paul di Resta competed in F1 until recently, will be sharing the Lola with renowned motoring journalist Richard Meaden. Together they will be contesting Saturday evening’s spectacular FIA Historic Sports Car race – a rousing encounter in which Meaden finished a fine third last summer when sharing a similar T76 (below bottom left) with fellow hot-shoe scribe Chris Harris.

“We should be pretty competitive but we won’t really know just how strong the opposition is until after qualifying on Friday,” continued Franchitti. “That said this is all about having some fun. To be racing such a wonderful car at dusk on Saturday has all the right ingredients. It’s just going to be one huge thrill.”

While the Franchitti/Meaden pairing will certainly be among the pre-race favourites, the amazing 50-car grid includes at least a dozen similar Lola T70s, not to mention some competitive Ford GT40s (below middle right) and some big beasts from the CanAm series’ early days (below top).

Leo Voyazides and Simon Hadfield are proven winners in the ex-Wilson Fittipaldi T70 (below middle left) and plenty of opposition will come from the similar entries of Jason Wright, Steve Tandy and Grant Tromans/Martin Stretton. Further rivalry is expected from the smaller engined Lola T210s, notably that raced by the rapid Scott Mansell, while touring car legend Steve Soper is another standout entry in his GT40.

All tickets for the 25th anniversary Silverstone Classic must be purchased in advance by 17:00 on Thursday. Adult admission starts from £40 and ticket prices include booking fees, parking, infield, grandstands, paddock access, live music – including Status Quo on Saturday evening – and the vast majority of the numerous attractions. Full details – together with hospitality packages and weekend festival camping – can be found on the official website: www.SilverstoneClassic.com

Testing opportunities and drives at the 2022 Walter Hayes Trophy available.

Realise a DREAM - Why not race a Ferrari