Me and My Race Cars – Jeremy Bouckley

Jeremy Bouckley & Graham Birrell, both of whom competed in the inaugural event held at Croft Autodrome on 3 August 1964 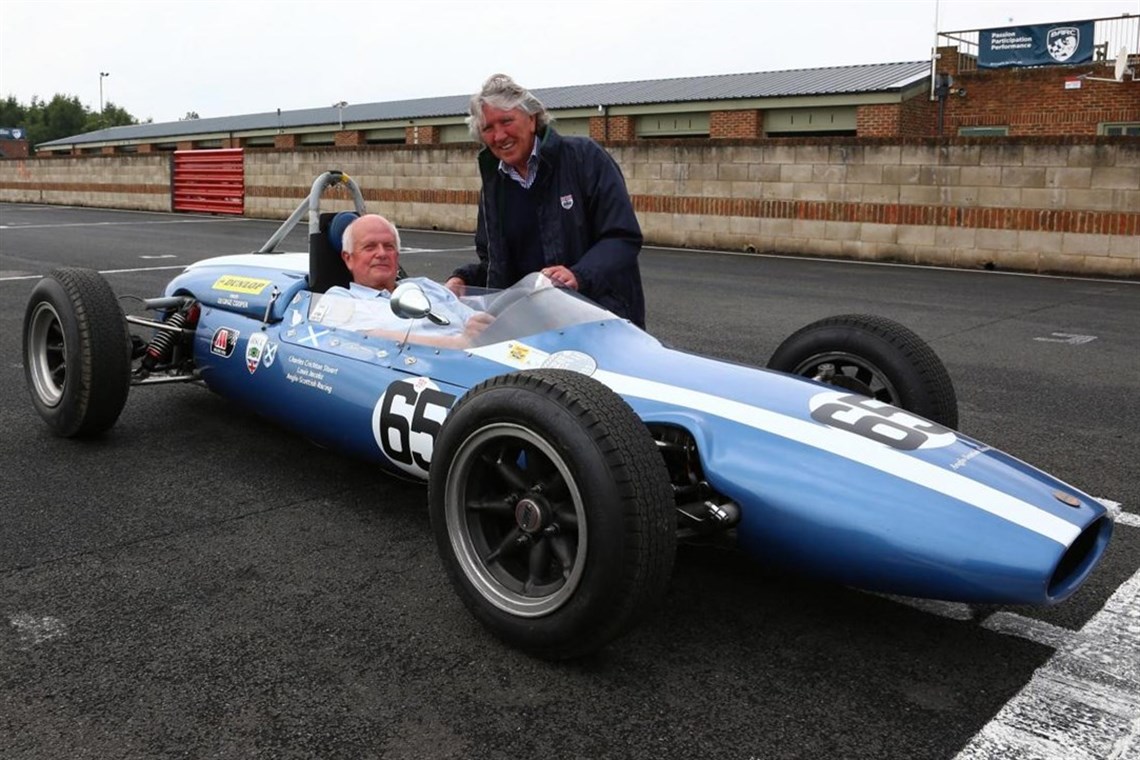 Our recent piece on Tony Sargeant and his fabulous Lola SL71/19 stirred quite a few memories and none more so than for fellow racer Jeremy Bouckley who had competed alongside Tony in the 1960s. After the pair got in touch we decided to catch up with Jeremy and to get his own race car story, discovering that he is in his 70s now – and still racing!

How did I get into Racing ?

Well, I passed my driving test early in 1962 when I was 17  and soon afterwards with my Scooter as a deposit and a bank loan I purchased a front engine Formula Junior Lola from David Pasterfield, it was probably my favorite car. we had a full season in 1963 having a good year and getting into the final of the Anglo European Trophy, one of the last ever International Formula Junior races.

They were great days, really. we got through by missing meals, living from hand to mouth. At the end of 1963 I sold the Lola and bought a Cooper MK.111 from Charlie Crichton-Stuart, Charlie owned a famous flat in Harrow on the Hill, his flatmates included Jonathan Williams, Frank Williams and Bubbles Horsley. After a successful year in 1964 with the Cooper I sold the car to make way for a Merlyn MK.6 and got to know Tony Sargeant and his friend the engineer Mac Daghorn.

What about your race career highlight after that?

Easter Monday at Goodwood in 1965 sticks out in my mind, I was in the sports car race with the Merlyn and in the race were my heroes Jim Clark, John Surtees, Bruce McLaren, they lapped me numerous times!.Life got in the way after that and I retired until I made a comeback in 1984.

I started back in Hillclimbs and Sprints and I was very lucky to drive a few Lotus cars belonging to my friend Paul Matty.  Also I went karting and did the first year of the Honda Challenge, later I competed in 125 and 250 gearbox karts and ended up at Silverstone doing three British Grad Prix.

What progress after that?

I wanted to get back to the circuits and drove a Porsche 911E at Snettterton and then with the help of my friend Peter Denty drove some of his Historic race cars and more recently his Formula Junior Cooper MK. 11, now I was back in Formula Junior but now a Historic series, which we have taken all over Europe including Dijon, Nurburgring and Nogaro.

I had a very bad crash at Pau in southern France which was completely my fault,I was driving Peters Cooper, it was practice and damp I was going too fast too soon and just after the pits hit the armco on one side then the other, the car was badly damaged, but coming out of it unscathed, I should have known better.

This year at Shelsley Walsh when Audi bought the Auto Union, Hans Stuck Snr. had driven the car in the 1930s and now his son Hans Stuck was here to drive the same car. there was a tremendous atmosphere. I was driving the Cooper and it was great to be part of the same meeting.

And what about today?

I am still competing and will be 72 next month, I hope to do a few meetings in the Cooper and a few Formula Ford races and Hillclimbs with my friend Ray Rowens Swift. I am involved in the world water speed record too with a craft called Quicksilver run by Nigel Macknight, also with the Curborough Sprint Course near Lichfield were real grass roots motor sports takes place.

And Finally what about talking to Tony?

We had a lovely chat about the old times and I hope to go and see him when I next go to the Channel Islands were Tony lives. it was so good to start racing in the 1960s, the Beatles, Elvis,Carnaby Street, It was a new era. Also there was prize money! You could win £100 at some meetings which was a small fortune, there is no way you could win that today--but thats another story.

Car was professionally built by RS1 Race Development in Florida (around 2014). Car is in Atlanta.

Choose the most performance disc on the market for your TCR cars!