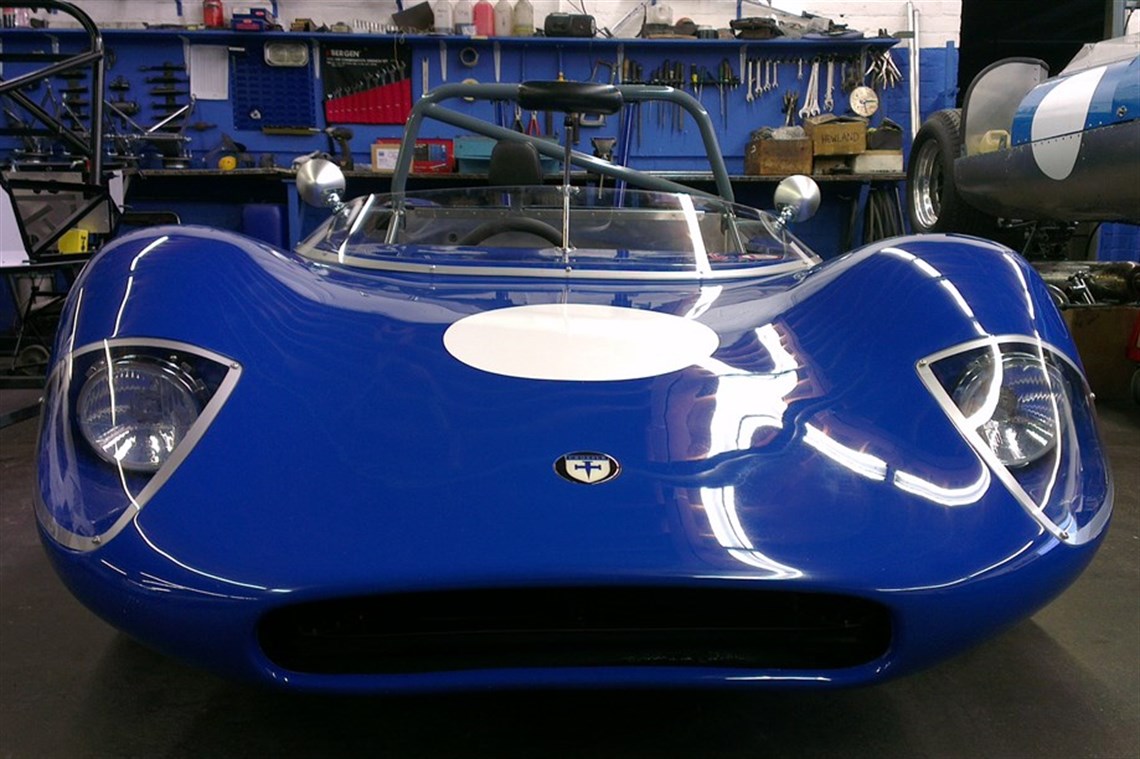 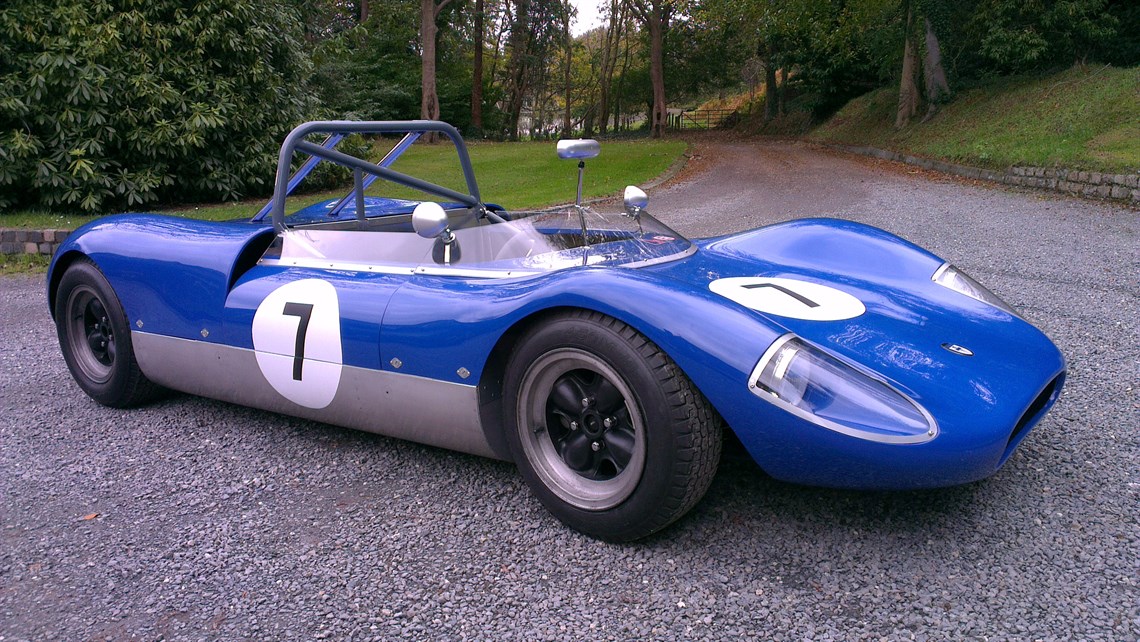 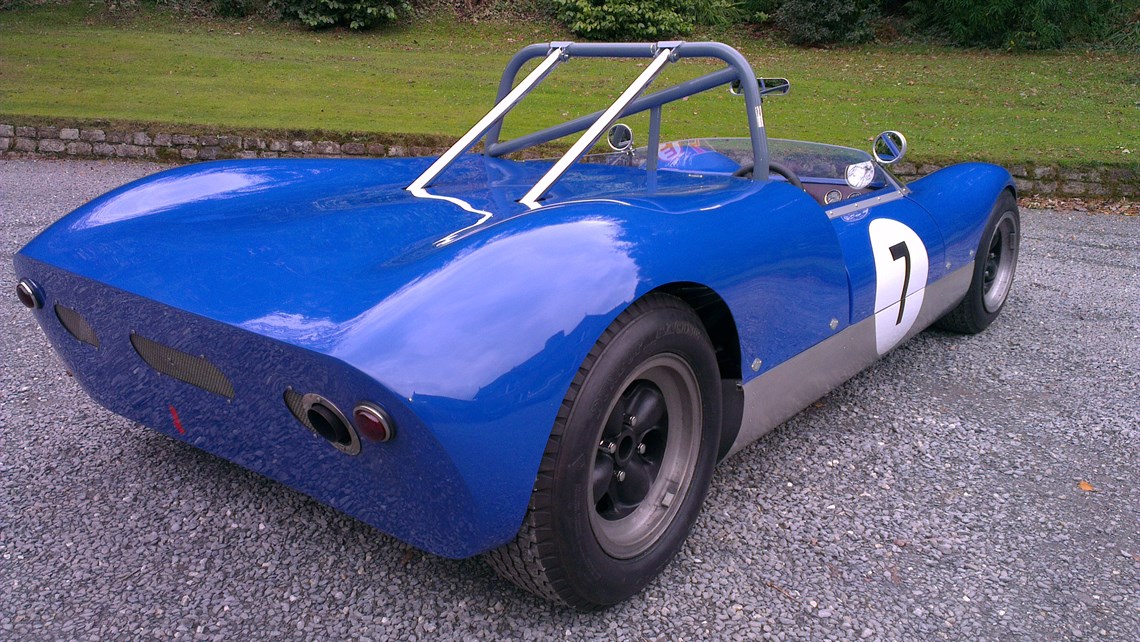 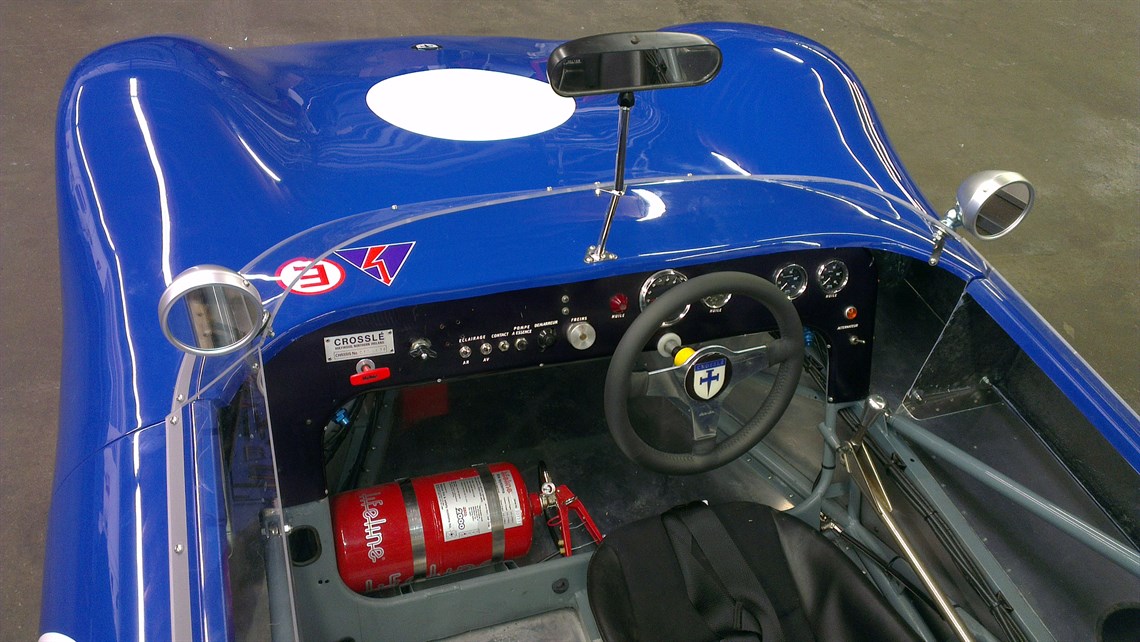 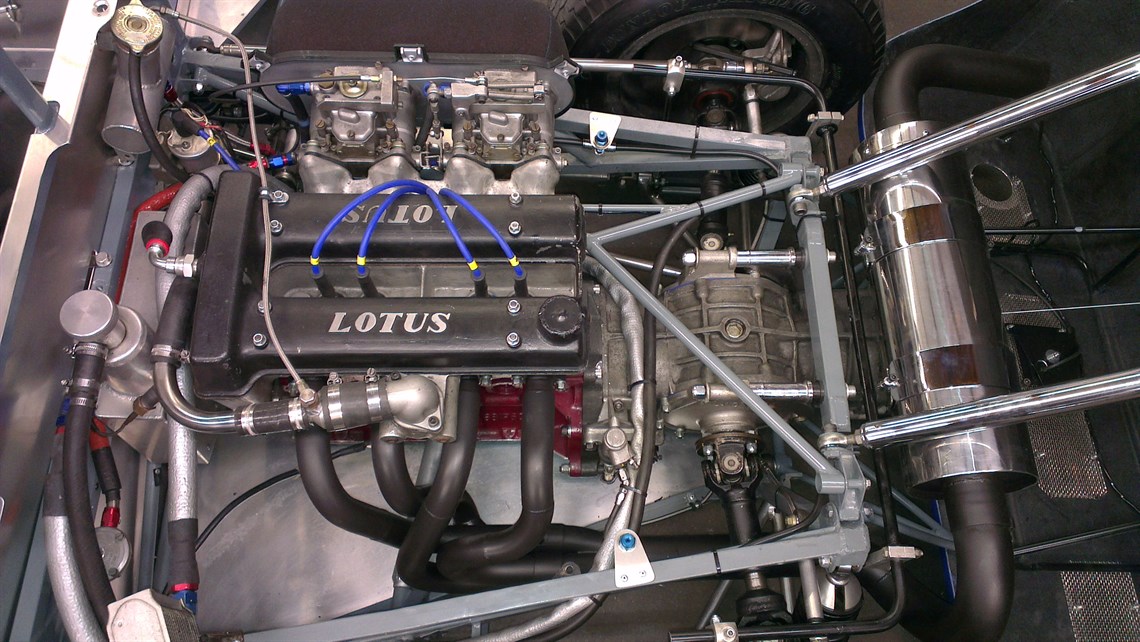 This is a rare opportunity to acquire one of the earliest and most celebrated sports racing cars from Rory’s Wood.

Built in 1964 and developed from the earlier 5S sports racer, C7/S64/18 was the first of four Crosslé 7S. It had revised suspension geometry, wider magnesium wheels and Girling aluminium brake calipers. Fitted with a Lotus-Ford Twin Cam and Hewland Mk 5 gearbox this car (followed by sister 7S, driven by team mate Jim Cooney) was the first Crosslé to compete in continental Europe against top drivers and constructors of the day.

The exploits of this car and first owner Mervyn Wingfield, 10th Viscount Powerscourt, are a fascinating part of ‘Hidden Glory, The Story of the Crosslé Car Company’ published in 2014.

At the Coupes de Paris on 19 September 1965 at the Autodrome de Linas-Monthléry, for example, Wingfield set fastest lap and finished second to Robert Huber in a field that included Lotus 23, Elva BMW, Porsche 904 and Ferrari GTO. Photographs in ‘Les Instantés de Monthléry, 1963-1970’ include the Viscount in his road-taxed 7S pre-race, while wonderful cine footage of the ensuing action appears on YouTube below.

C7/S64/18 was restored in 2014 at the same factory where John Crosslé built this chassis fifty years before. Bodywork and many parts were renewed, non-period modifications removed and a new FIA HTP obtained, valid from November 2014 as Crossle 7S.

New 1600 Twin Cam engine was supplied in 2014 by George Wadsworth of Racing Fabrications, and used only for a handful of track days (under 4 running hours). Invoices for the engine and full details of Crosslé restoration work are part of a comprehensive documentation package.

Currently fitted with Mag 8 split-rim alloy wheels and fresh Dunlops, the car will be sold along with cast alloy wheels pictured here and additional bodywork. The Crosslé factory can supply every part for the 7S to original specifications, often from stock, along with technical and historical support from unique factory archives.

C7/S64/18 is in excellent condition and ready to race. Guards Trophy with HSCC in the UK is one obvious option, and a younger sister 7S raced for the Madgwick Cup at the 2016 Goodwood Revival.

Road-registered in France in 2005 as a ‘collectors vehicle’, a copy of the ‘carte grise’ (road tax document) is included in the documentation file to facilitate potential road use in the future.

This car has rich and colourful history, unquestioned provenance, and an ongoing association with the Crosslé factory since 1964. It is a rare and distinctive alternative to ubiquitous English products, with period results that underline its potential in historic racing today.

PRO:H2:OFFICE double deck race trailer with office. In stock and ready for customizations