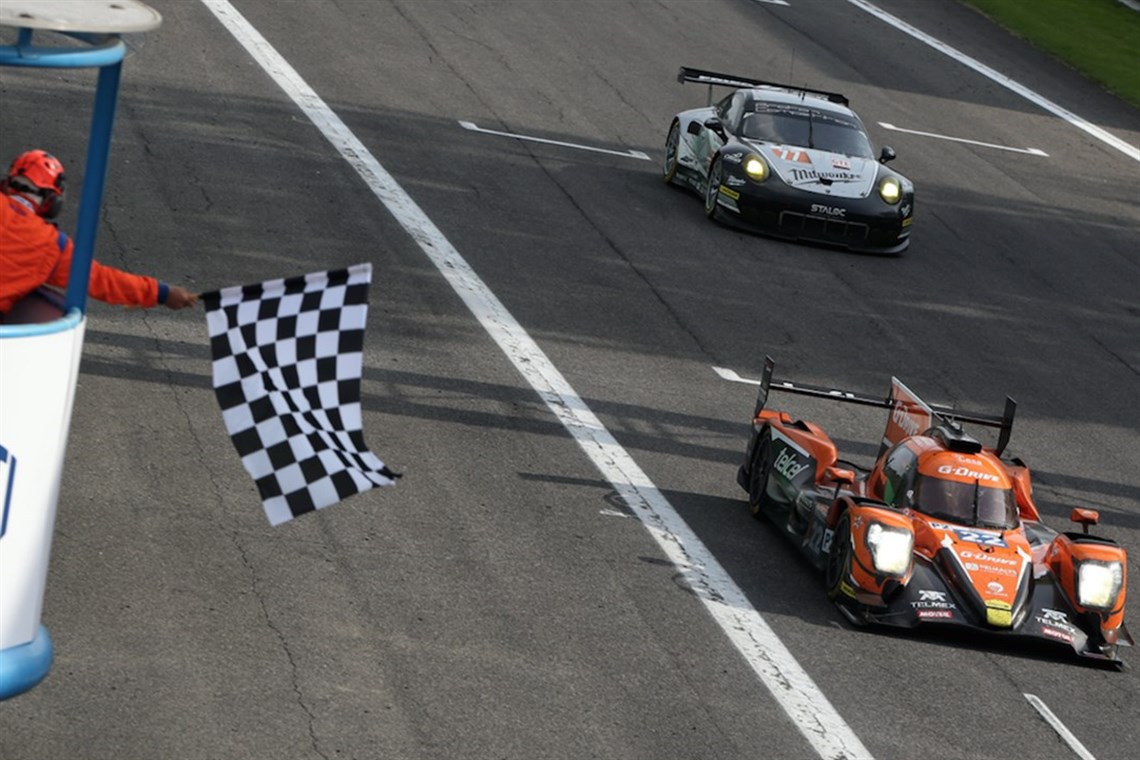 The #22 G-Drive Racing Oreca 07-Gibson crossed the line with Ryo Hirakawa at the wheel to win the 4 Hours of Monza and take the lead in the 2017 championship. The Japanese driver finished just two seconds ahead of his Dragonspeed teammates in the #21 Oreca after Ben Hanley overtook Anders Fjordbach in the #49 High Class Racing Dallara.

The #19 M.Racing-YMR Norma M30-Nissan took the LMP3 class honours in style with Erwin Creed crossing the line over a lap ahead of the rest of the field, led by their M.Racing Racing teammates in the #18 Ligier, to secure the first win for Norma.

There was a fairy tale end to the long career of the #66 JMW Motorsport Ferrari F458 Italia as the oldest car on the grid came through from the back row to win the last race before the team switch to the Ferrari F488. Jodi Fannin took the chequered flag nearly 8 seconds ahead of the #90 TF Sport Aston Martin.

- Nearly 20000 fans enjoyed some great racing this weekend at Monza

- Great battle from the start of the race between the #39 Graff Oreca of Enzo Guibbert and the #21 Dragonspeed Oreca of Nico Lapierre.

- The no3 United Autosports Ligier of Wayne Boyd led the LMP3 class from teammate Sean Rayhall in the #2 Ligier and the #19 M.Racing YMR Norma of Ricky Capo.

- Christian Ried got the best start in GTE to lead from Fernando Rees in the #50 Larbre Corvette.

- After starting on pole the #55 Spirit of Race Ferrari of Aaron Scott fought back to retake the lead before handing over to Duncan Cameron but an engine issue forced the car into the garage and retirement.

- With just eight laps on the board there was an incident between the #16 Panis Barthez Competition Ligier and the #9 AT Racing Ligier at T8 causing the first Full Course Yellow to recover the stranded cars. Lapierre lost time in the #21 Dragonspeed as he had to take to the grass to avoid the two LMP3 cars.

- Richard Bradley in the #40 Graff Oreca 07 had made progress from 7th on the grid to set the fastest lap of the race on lap 5 and challenge Guibbert for the lead but the English driver received a drive through penalty for a jump start. The car then stopped on track with an electrical issue that dropped Bradley down the order.

- Great battle for third place between the #47 Cetilar Villorba Corse Dallara of Giorgio Sernagiotto and the #49 High Class Racing Dallara of Anders Fjordbach in the first hour.

An Uncommonly Authentic, Factory-Works Porsche 908/02 with Known History from New.

Vinna Sport has this proven multiple racing winning Ginetta G55 Supercup car available for 2023! We are looking for a co-driver to race with us this season.