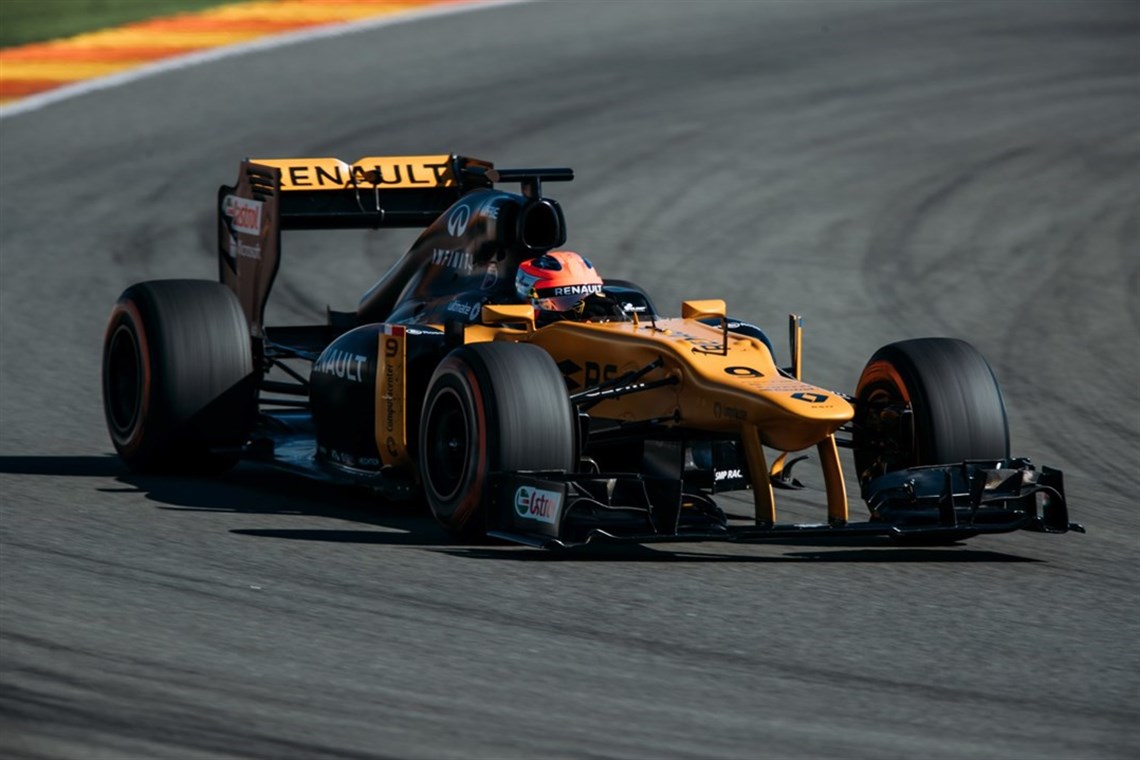 Robert Kubica has returned to a Formula 1 cockpit for the first time in over six years to conduct a private test with Renault Sport Formula One Team at the Circuit de la Comunitat Valenciana Ricardo Tormo.

This was Robert’s first time in a Formula 1 car since pre-season testing for the 2011 season, his previous outing being in the Renault R31 at the same circuit in February 2011. Robert was seriously injured in a rally accident prior to the start of the 2011 Formula 1 season, but has subsequently tested several racing cars, including single-seaters.

“I would like to thank everybody for making this possible, I hope it was a good day for everyone and maybe they saw something of my old, 2010 self. For me, it has been an important day from an emotional point of view. It has been a long time away from the paddock and I have been through difficult periods, I kept working hard and a few years ago I felt it was impossible. I have mixed feelings, I am proud with what I achieved today, but also it shows what I have lost. I don’t know what the future will bring, but I know one thing, after working for more than one year to prepare for this, I ran with good pace and consistent in difficult conditions. It is not easy after six years, but I knew I could do the job and I can be satisfied. I appreciate the opportunity. Renault gave me my first F1 test in 2005, so I appreciate another test this time around.”

“It was good to see Robert back in a Formula 1 car. It was a smooth day. We tried to condense a Grand Prix weekend into one day, which was interesting for him. Robert has changed a little, he is more mellow and he wasn’t pushing quite as hard or asking for every detail about the set-up or the car! His comments and feedback, however, were like turning the clock back for all of us. It is a tricky thing to jump into an F1 car after six years and it was a great performance from him. This was a one-off event for Robert. His time with Renault was cut short so abruptly and we perceived such a nice future with him. The team was in Valencia testing with Sergey Sirotkin, so it was the perfect opportunity to offer Robert a day in the car and contribute in our way to his recovery.”

One of the last M3 E46 buildt by KK Automobile GmbH Germany in 2018, known as fast and enjoyable