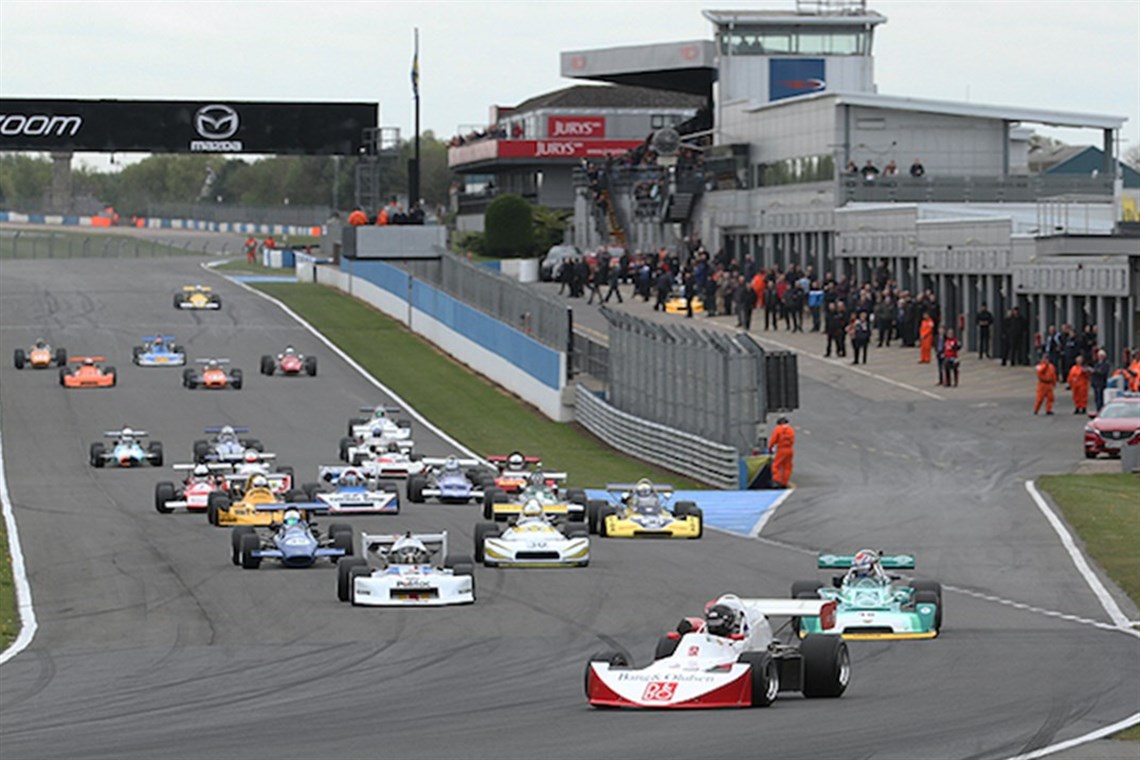 The Historic Sports Car Club has unveiled an impressive schedule for the 2018 Historic Formula 2 FIA International Series, with a 10-round programme taking in some of Europe’s finest tracks.

The series will cover 10 races at five race meetings, and includes the Grand Prix tracks at Silverstone and Brands Hatch as well as the hugely popular Zandvoort Historic Grand Prix and the Dijon Motors Cup in October. The season will start at Hockenheim in late April at the event that honours the memory of Jim Clark, close to the 50th anniversary of his death at the German track.

The championship is open to cars built to period regulations for Formula 2, Formula Atlantic and Formula B, starting from 1967 and running right through to the end of the 1978 season. Remarkably, four of the five tracks on the 2018 calendar hosted rounds of the inaugural European Formula 2 Championship in 1967.

Three of the five dates have been arranged to coincide with rounds of the FIA Masters Historic Formula One Championship. The races at Brands Hatch, Zandvoort and Dijon will particularly appeal to the growing number of drivers who have both Formula 1 and Formula 2 cars.

Back on the F2 schedule in 2018 will be the fabulous Silverstone Grand Prix circuit during the HSCC’s International Trophy meeting which has moved to a mid-June date.

Grahame White, CEO of the HSCC, said: “We’re very pleased to announce our 2018 Formula 2 calendar. We have a first class set of tracks and a calendar that is evenly-spaced across six months. A total of 47 drivers took part in this year’s series, which was a 20% increase over 2016. We expect to see more than 50 drivers racing next year.”

For more details about the HSCC, please visit.....

Front running 11A, one meeting since total chassis rebuild for larger driver.

This has just undergone a full ground up restoration and wants for nothing but fuel and driver.