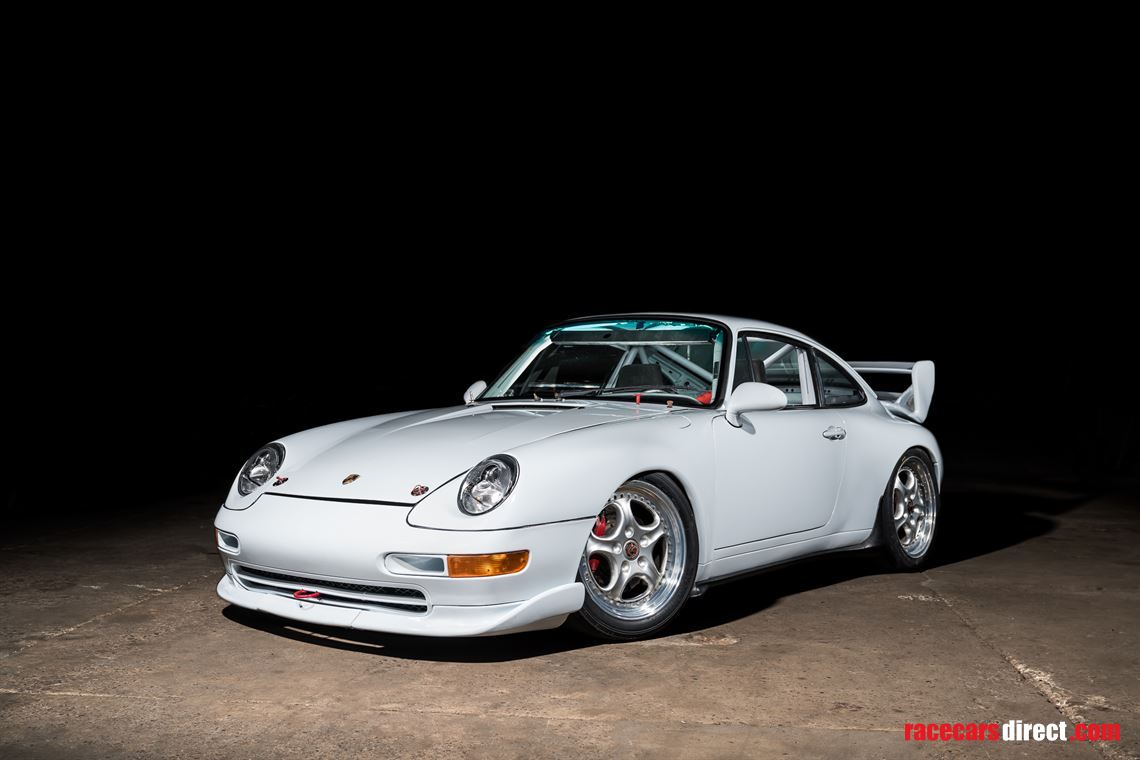 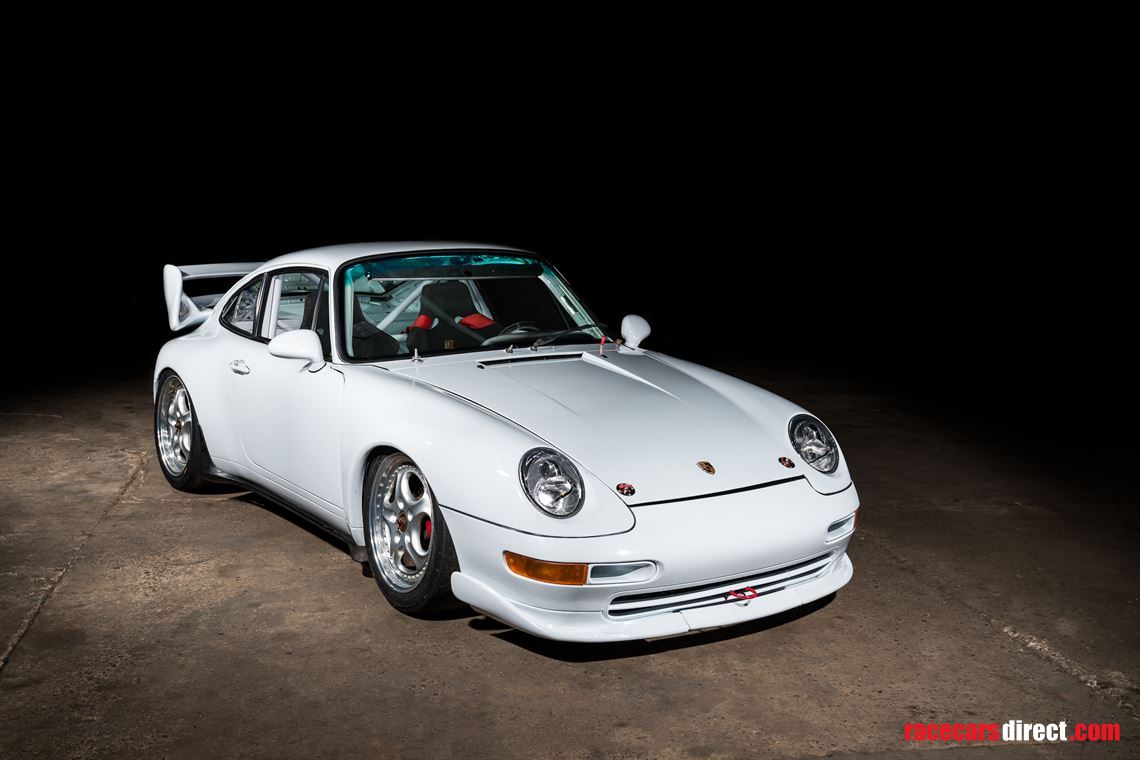 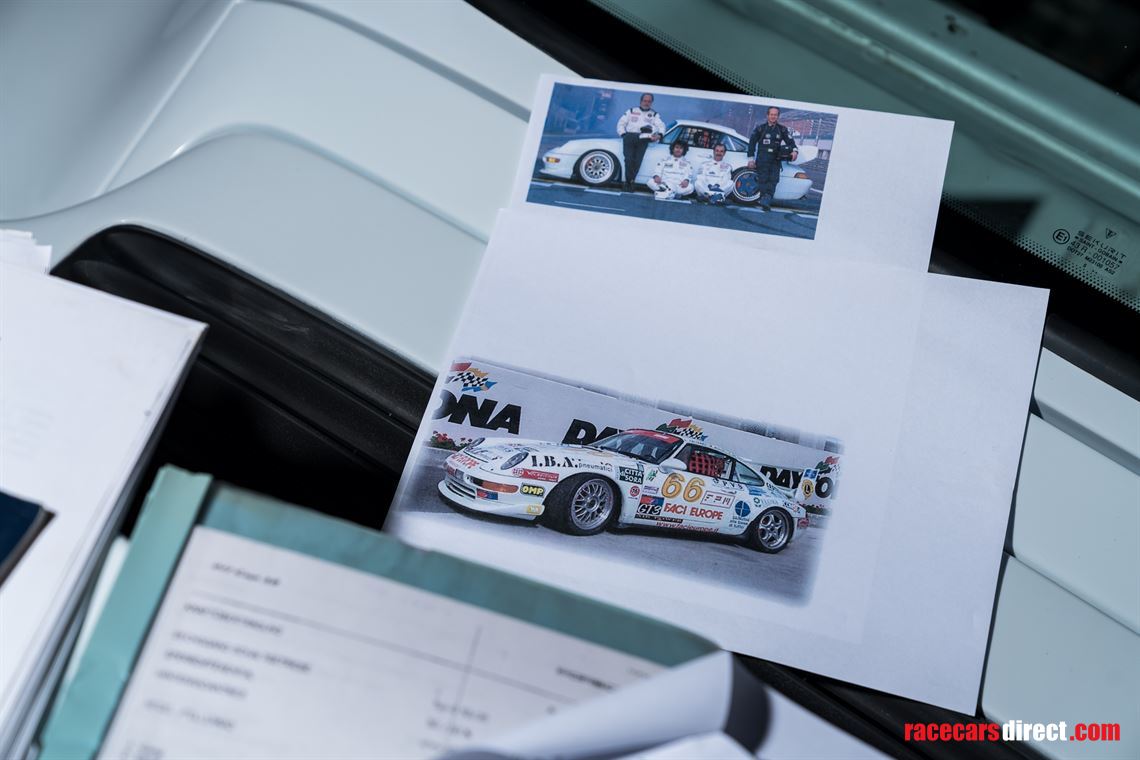 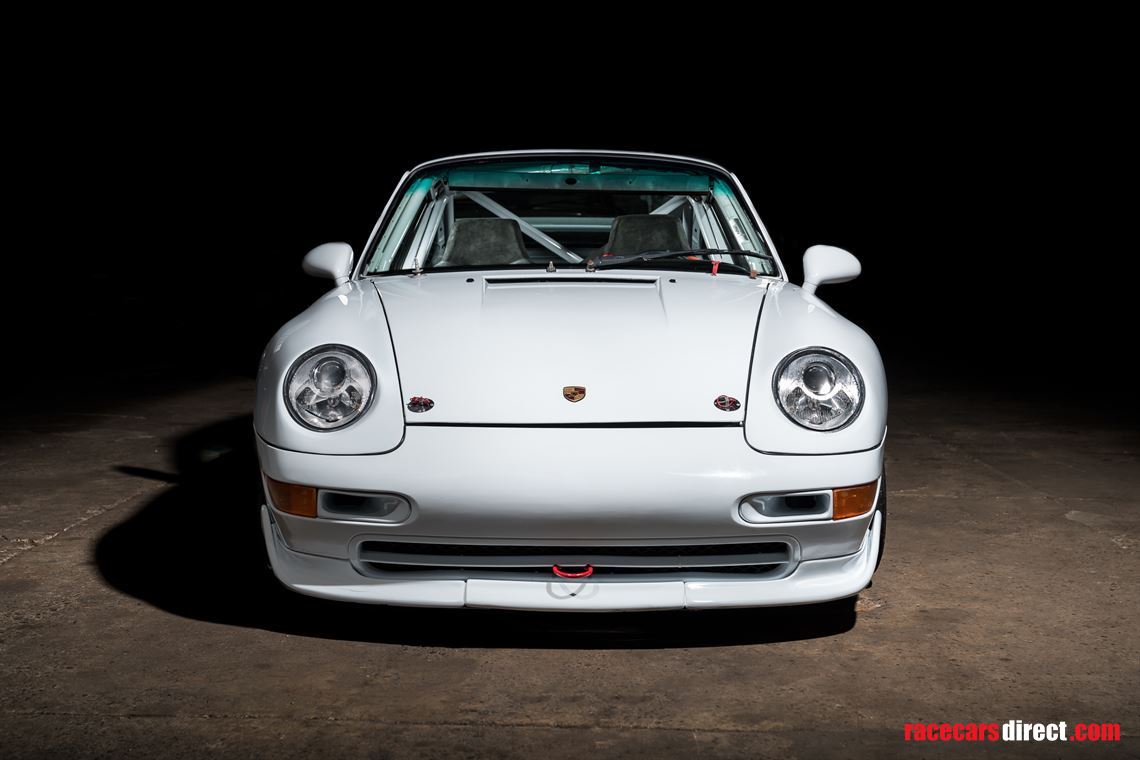 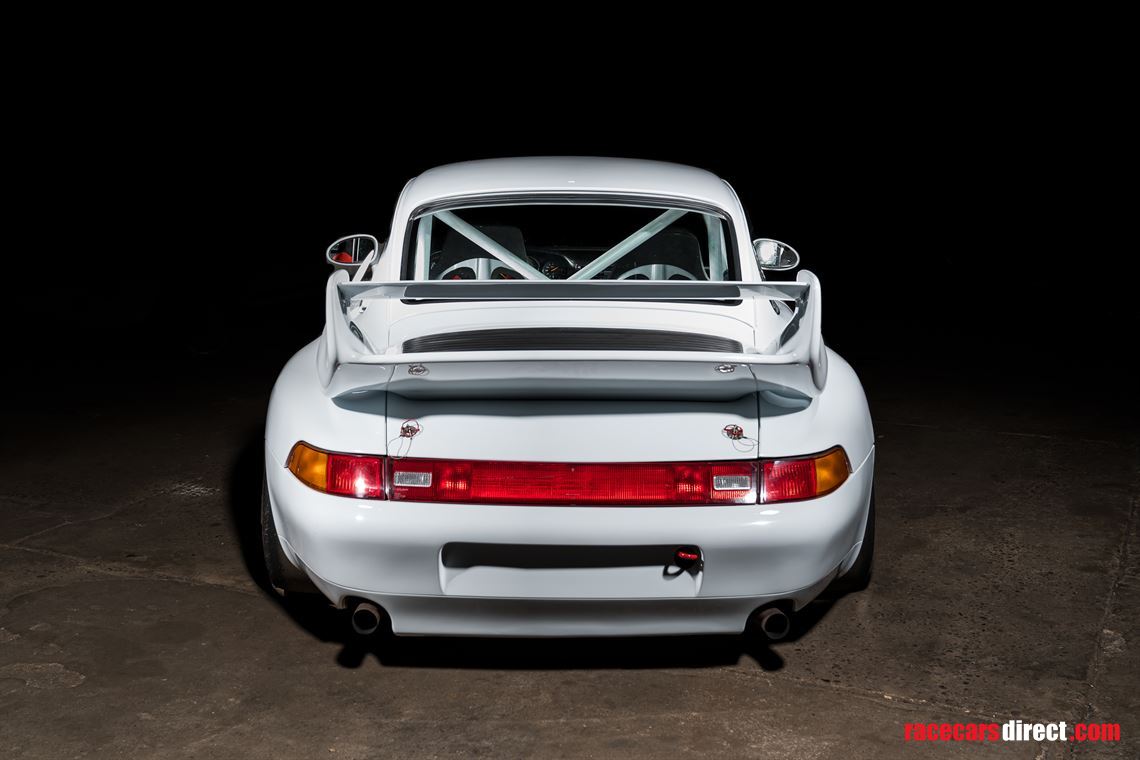 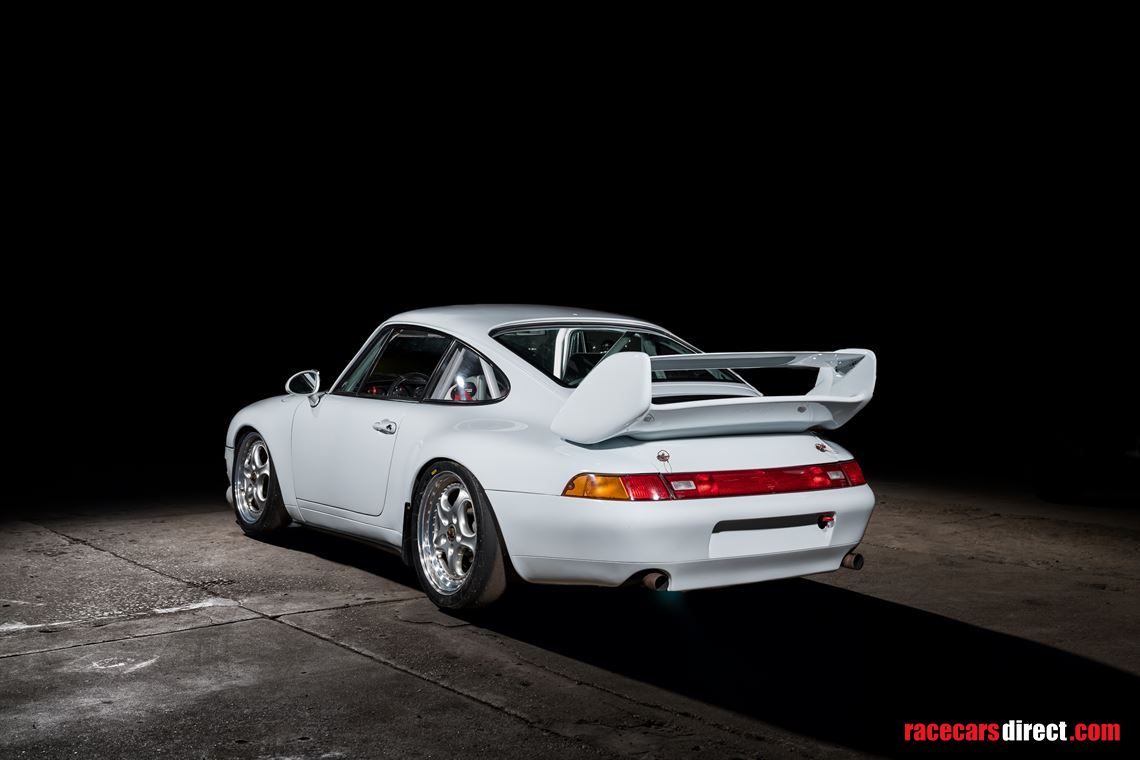 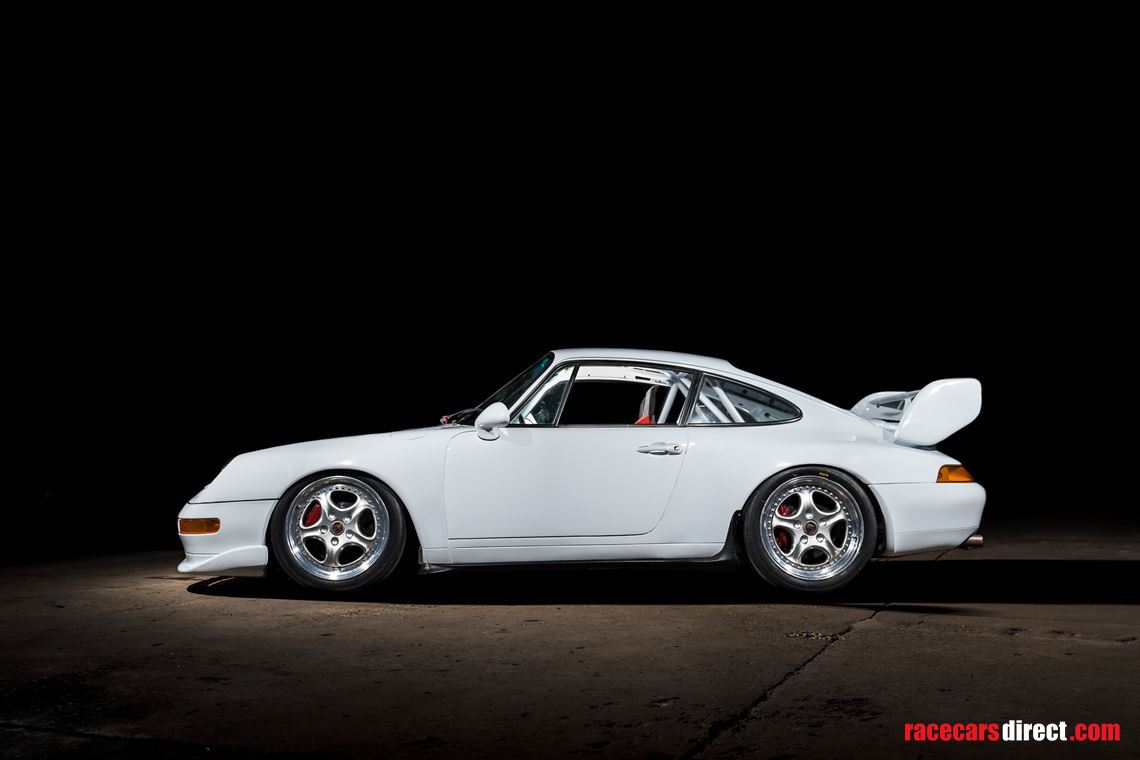 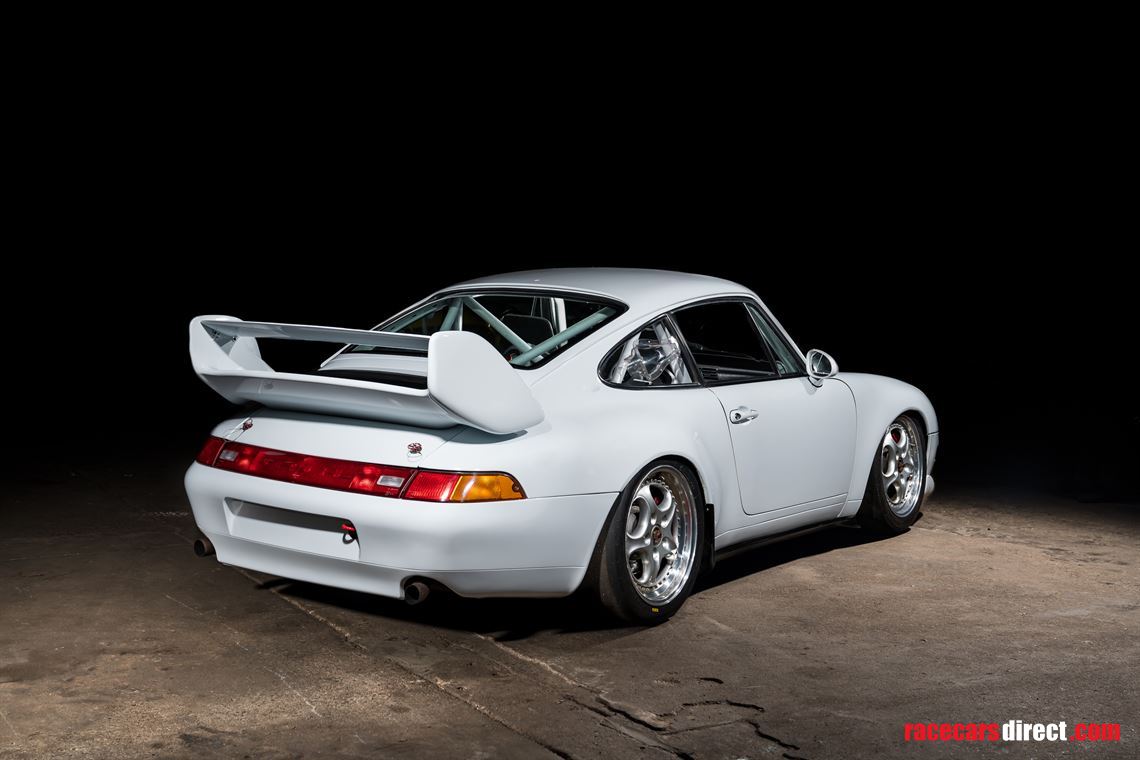 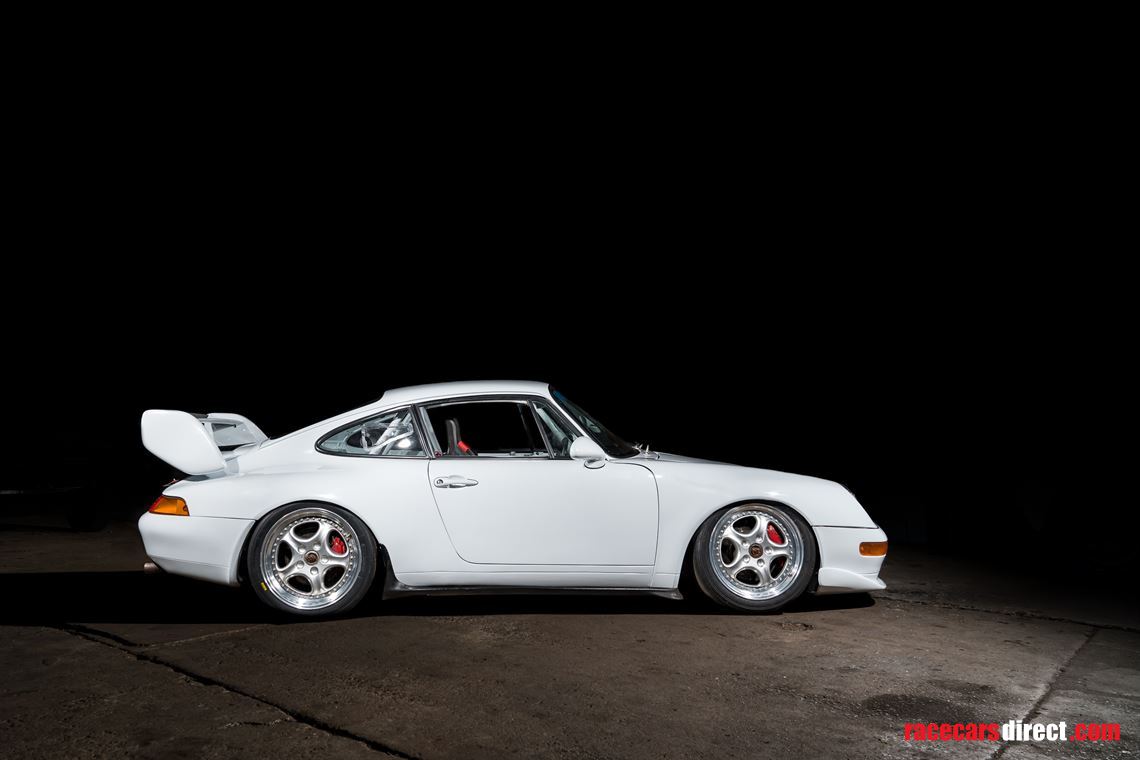 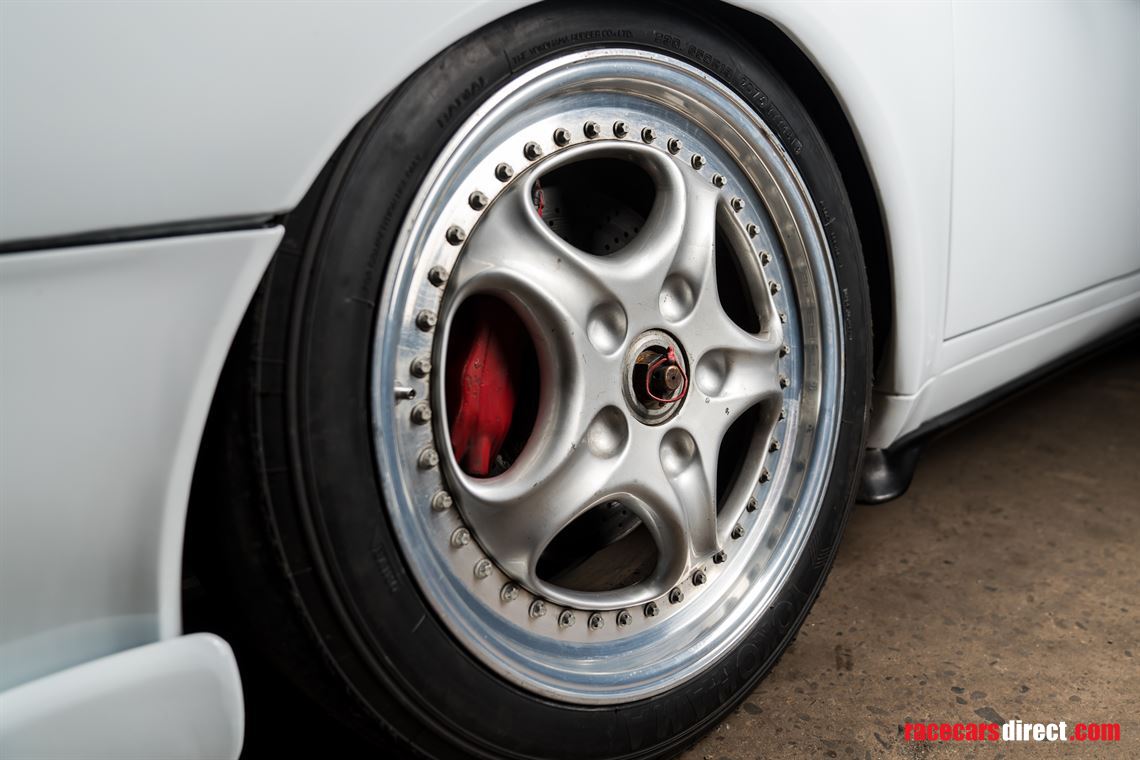 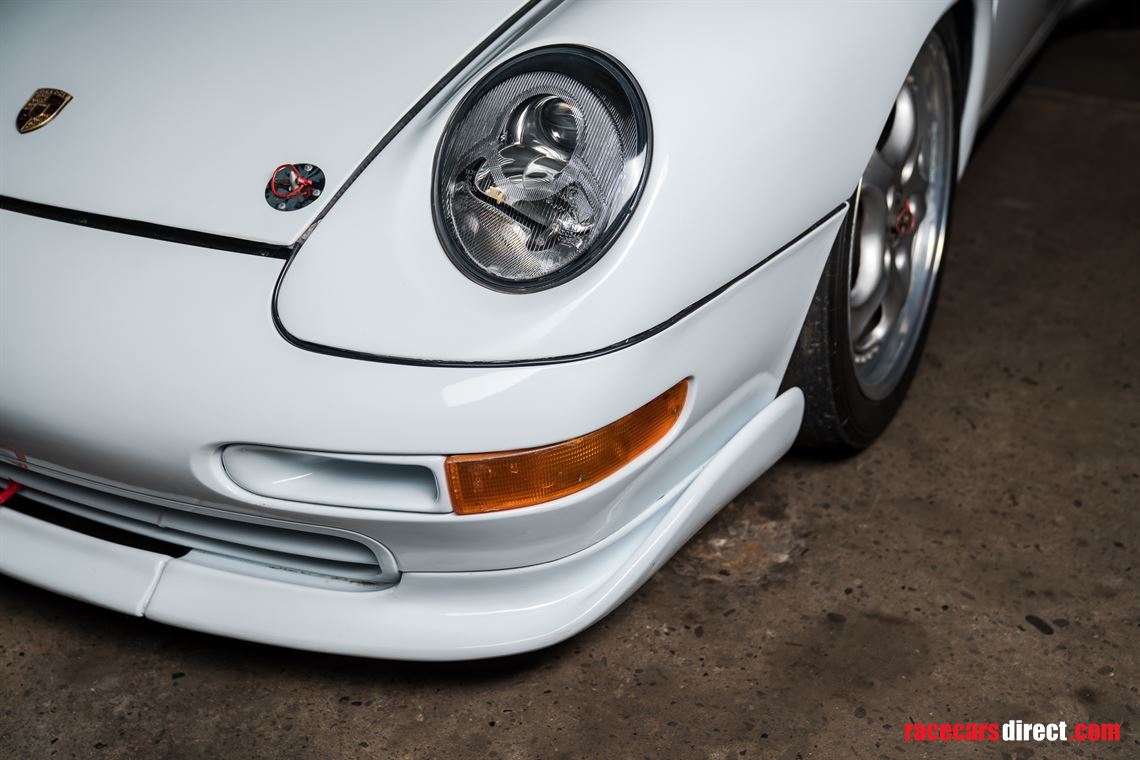 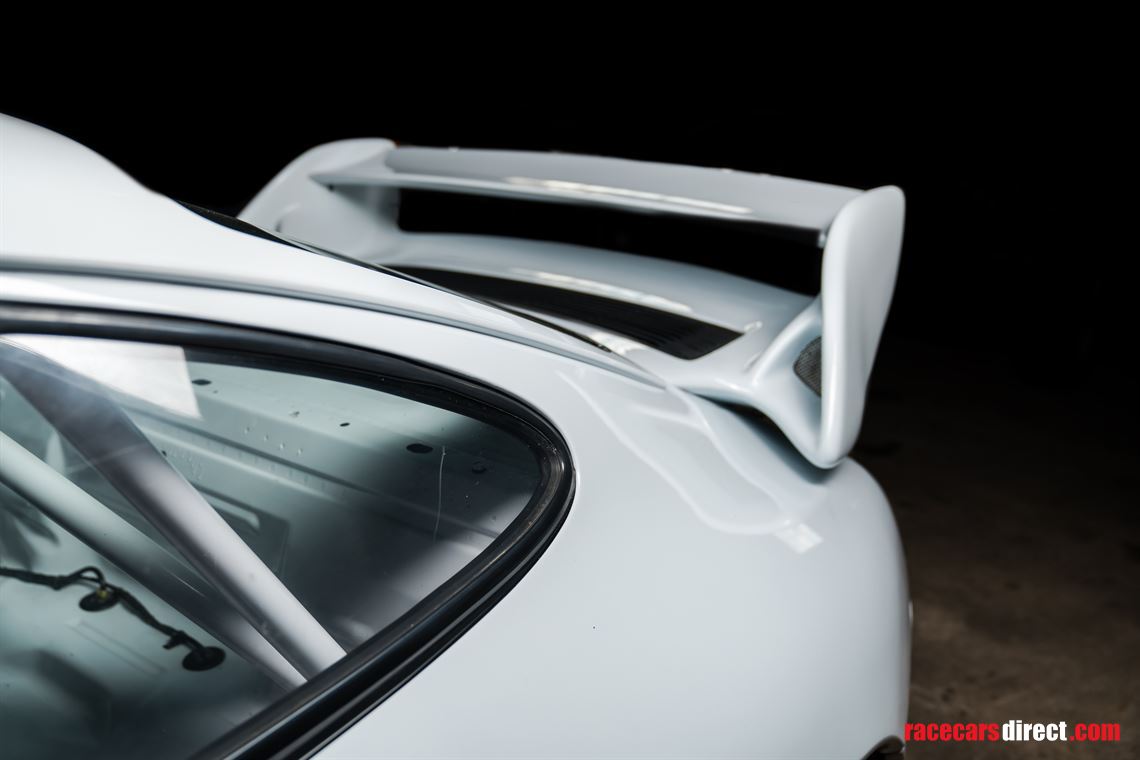 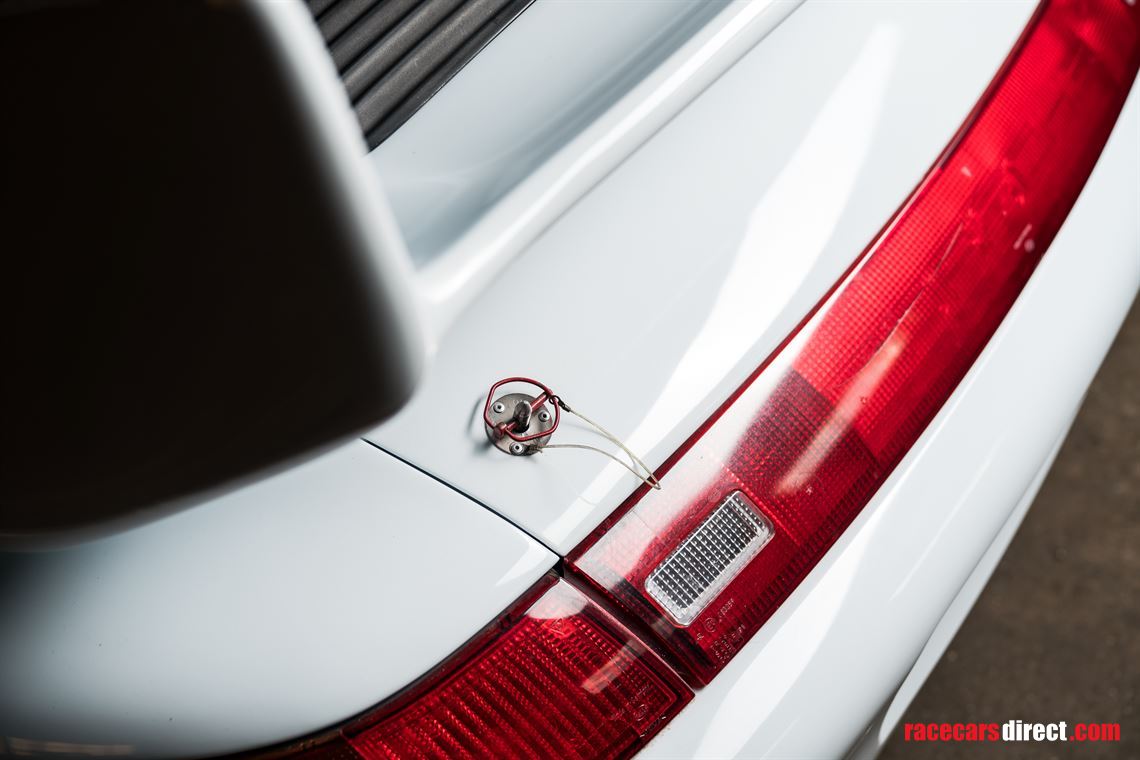 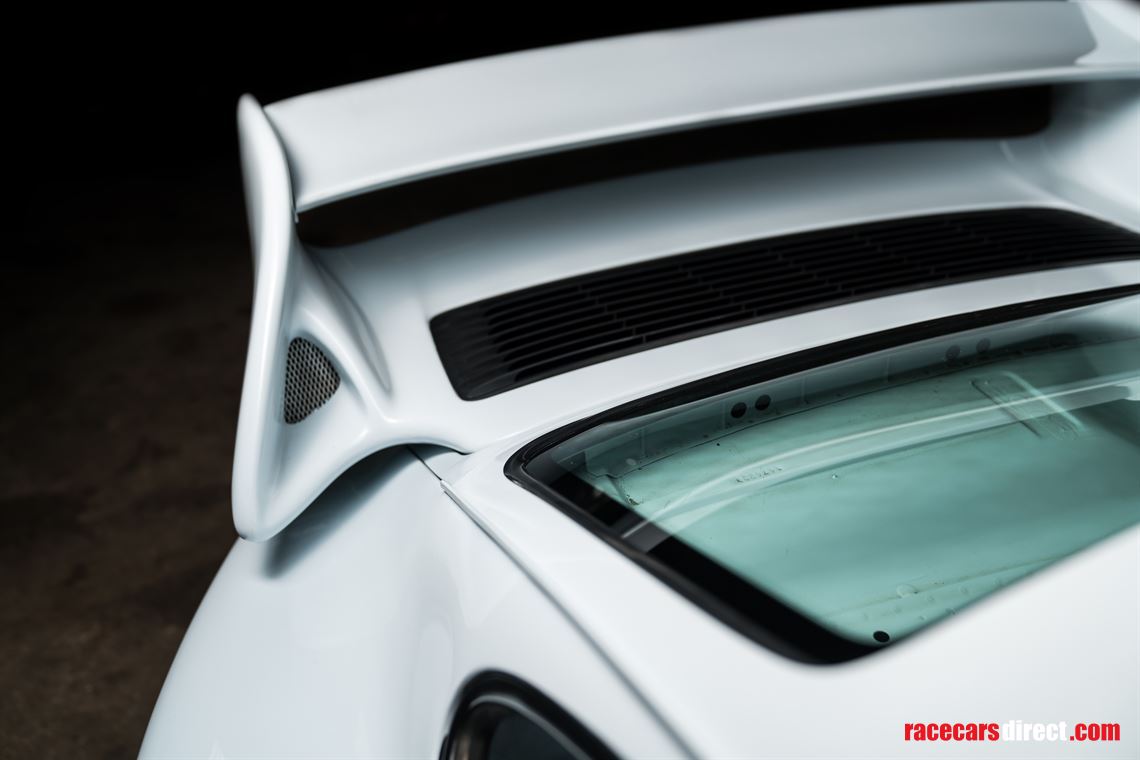 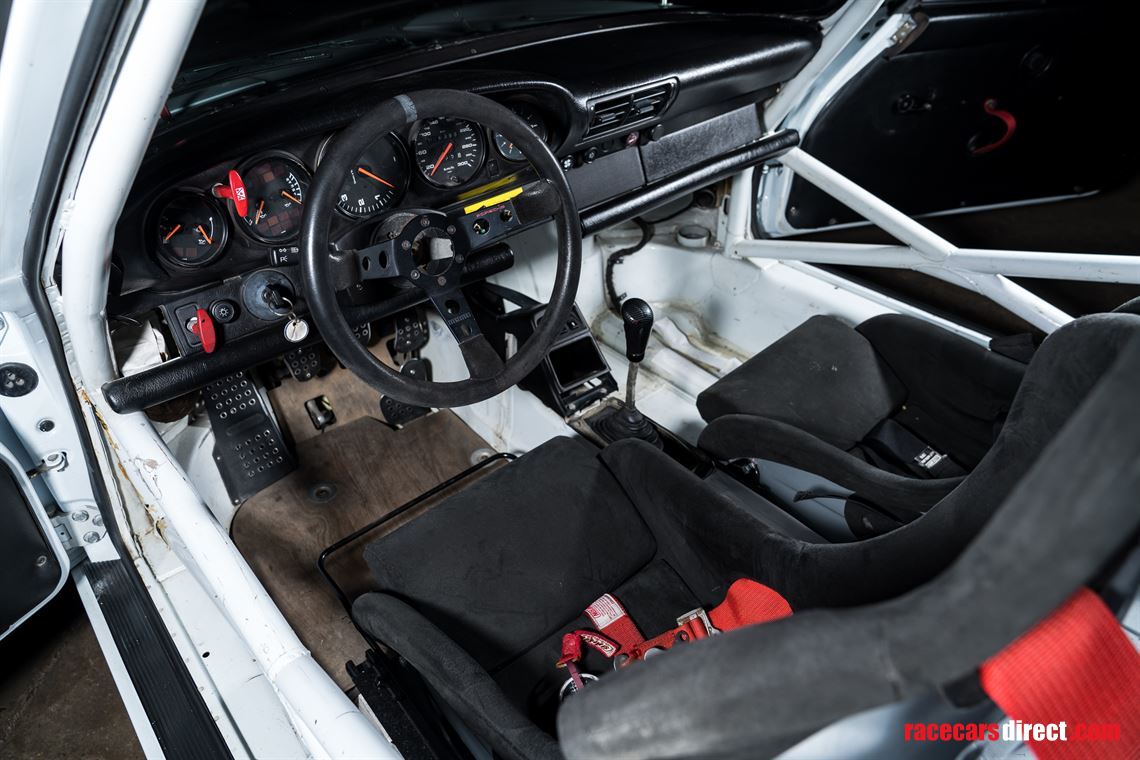 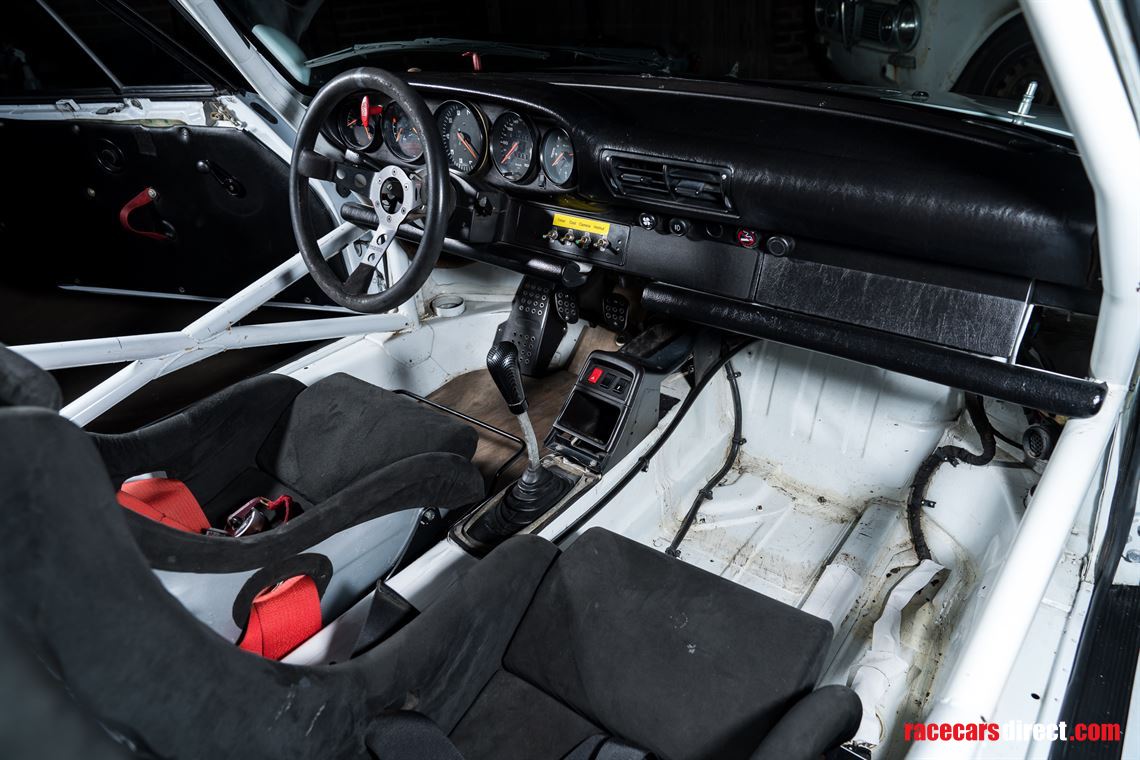 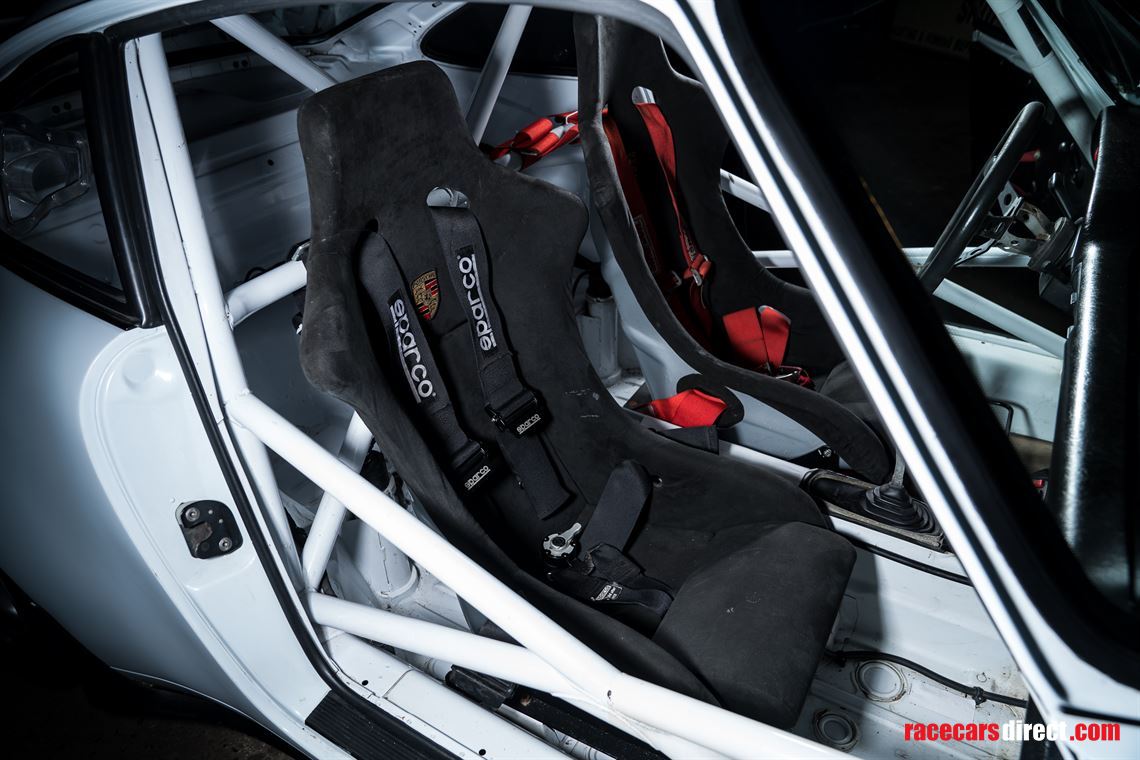 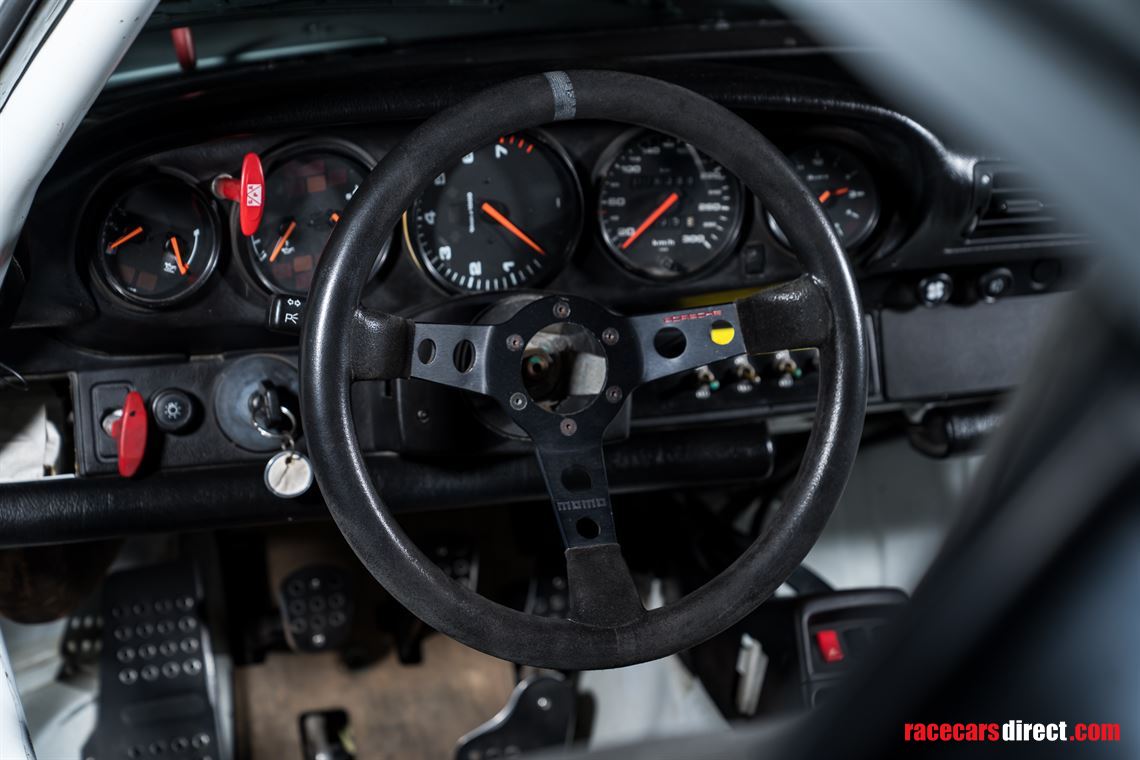 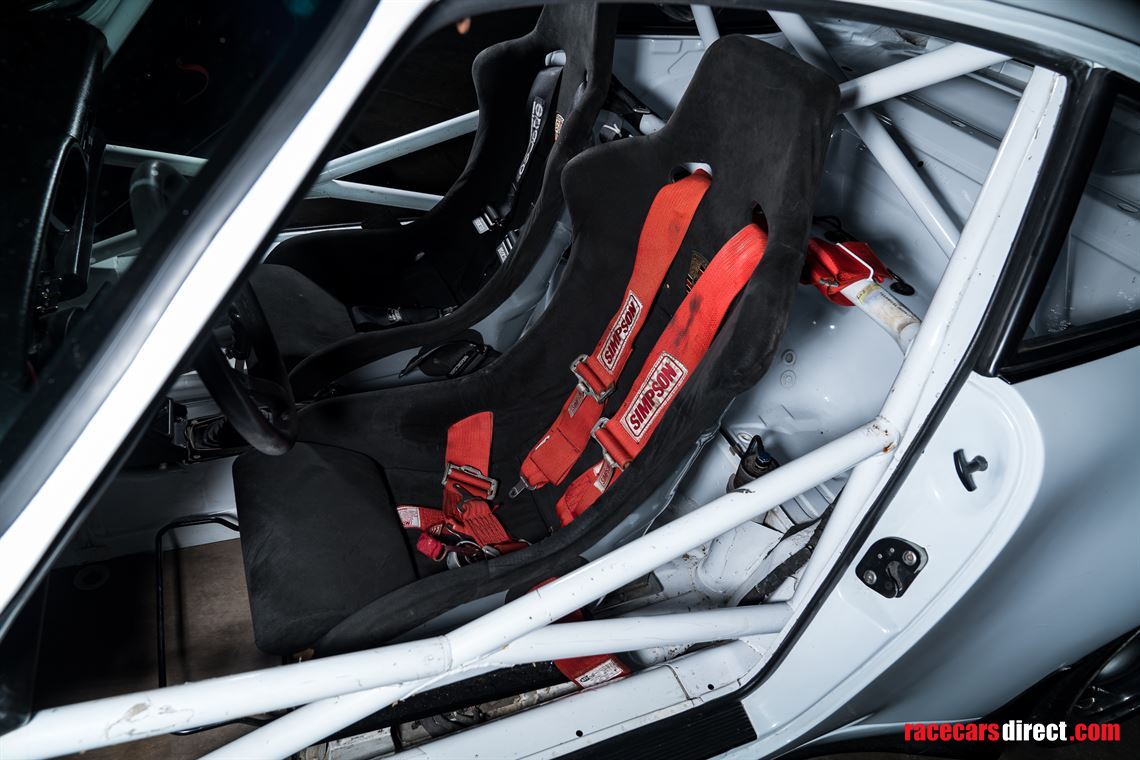 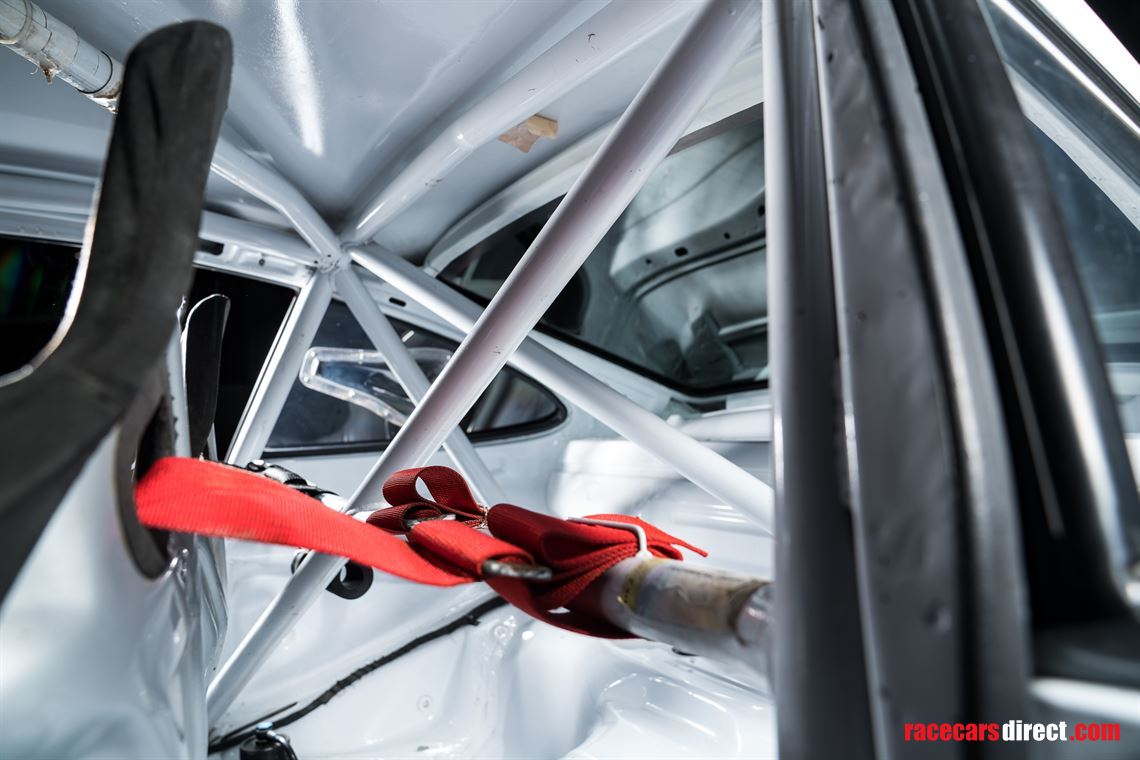 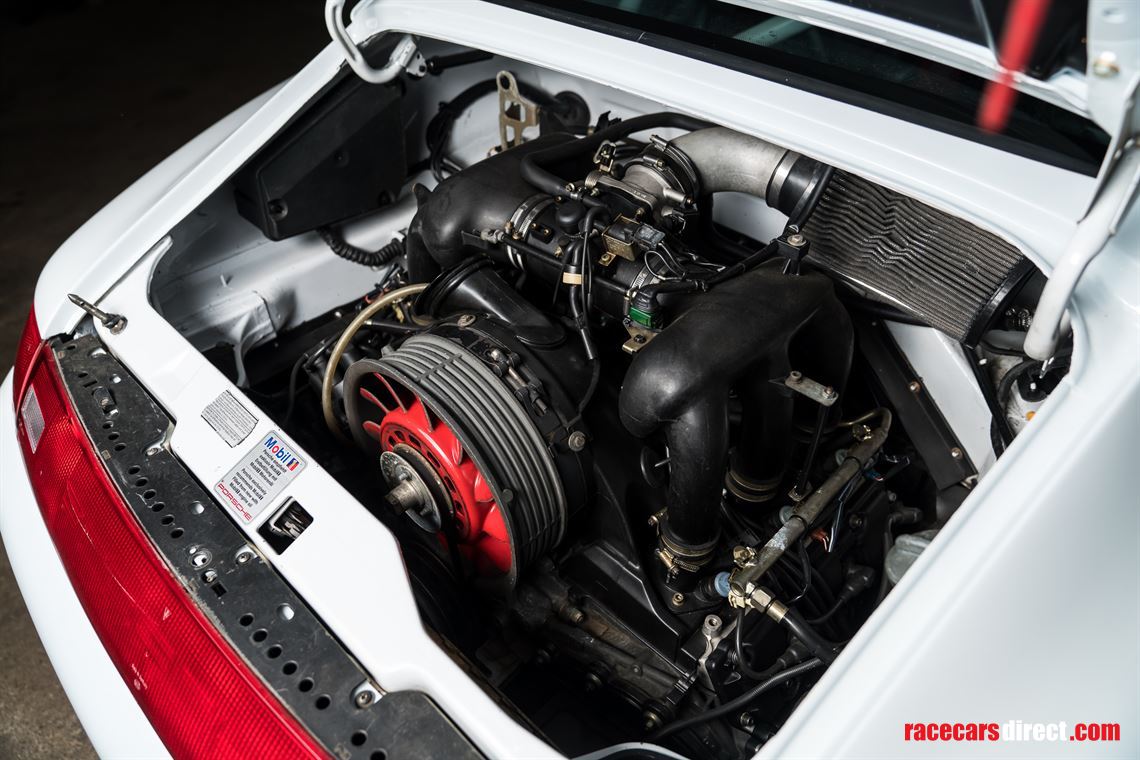 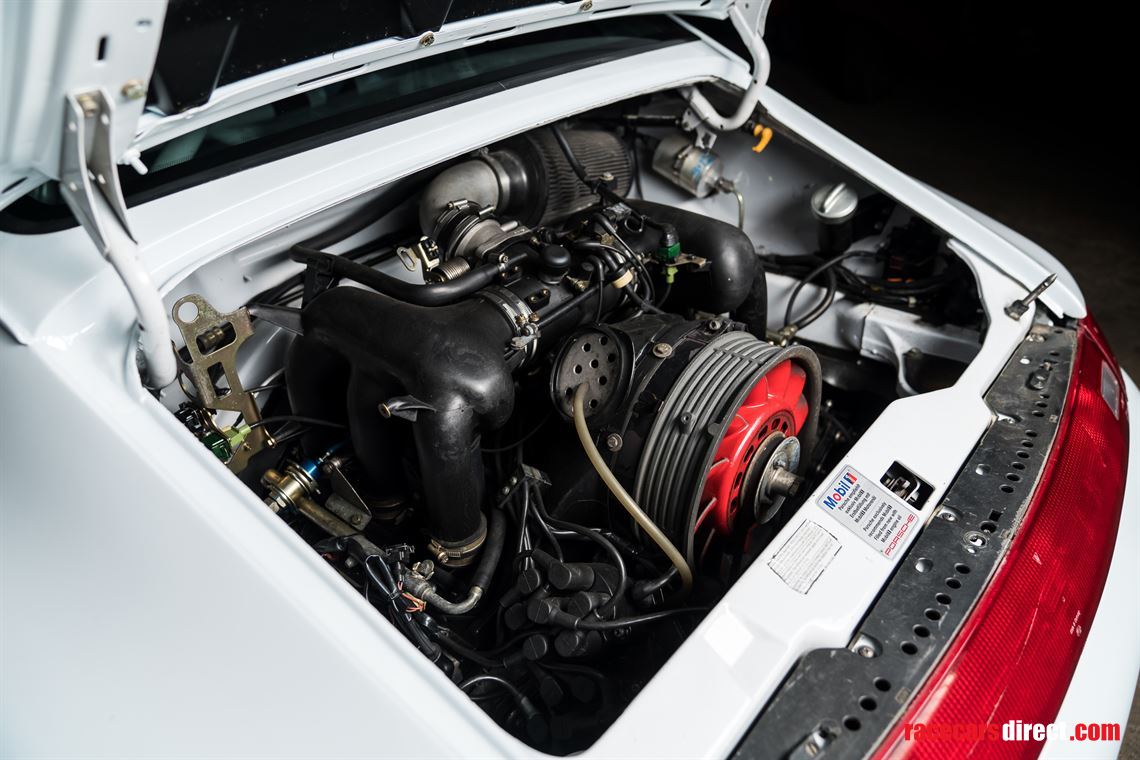 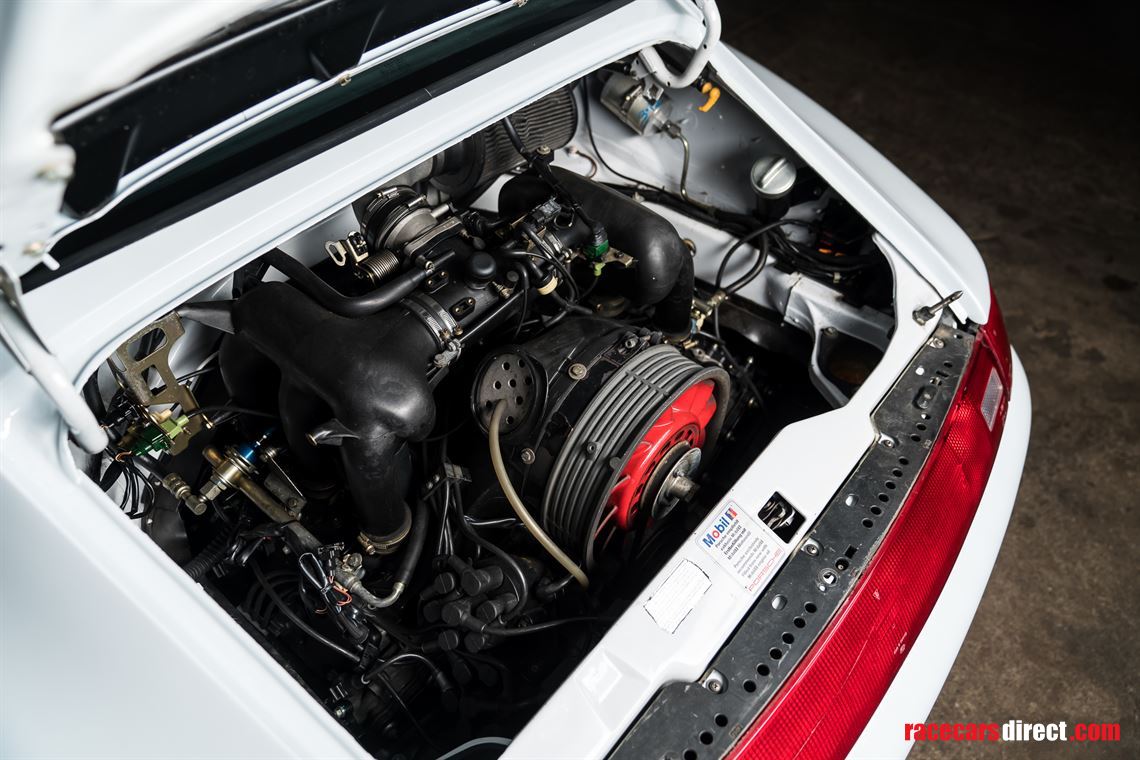 The sports car market was ecstatic when Porsche introduced its first air-cooled 911 in 1963. Thirty years later, the Porsche 911 type 993 was introduced and would become the last air-cooled variant Porsche would produce. Ensuring that this pinnacle Porsche would leave a deep impression on passionate Porsche enthusiasts, Porsche pulled all the plugs in the development of the 993. These last 911’s garnered plenty of attention because of their reliability, dependability and overall ability to be agile on a race track and comfortable on the streets. Continuing a tradition of race-bred cars for the street that began in 1973 with the 2.7 Carrera RS, Porsche reinvigorates the “Rennsport” nameplate with the 993 generation. The 993 Carrera RS 3.8 was released in 1993 as a lightweight, race-inspired streetcar. The 993 RS followed in its forefather’s footsteps by shedding as much weight as possible by omitting sound deadening, creature comforts, and utilizing weight-saving special features. It was intended to be a car which could be driven to the track, casually raced all day, and then driven home. In essence, it was a gentleman/lady’s racer but in typical Porsche fashion, there was angst to build something more sinister, hardcore, and purpose-built to lower track times- In comes the 993 Cup 3.8.

The 911 Cup 3.8 was a factory-built racecar, which competed in the Porsche Michelin Supercup Series that started in 1993. The Supercup series was a single marque series, which served as a support race for Formula 1 racing around the world as a preliminary event to warm the crowd up and keep spectators entertained before the main event. Famous racers, up-and-comers, wealthy individuals, and TV personalities all had a hand in making the Supercup Series seriously entertaining. What happens when grouping together seasoned racers, amateurs, and drivers with more money than talent and put them in the same car? An expensive display of bumper cars! All scrutinizations aside, the Supercup Series was incredibly entertaining with excellent back-and-forth battles, astounding wrecks, and driver’s that went on to create history. Much like the single-marque Rothmans 944 Turbo Cup Series of the late 1980s, the level playing field in which everyone had to adhere to allowed talent to separate like oil and water. The early 993 Cup cars came without the iconic Aero features that are found on post-1995 models. With the added aero features from the Carrera RS, 1995 also saw a power increase to 315 hp. In total, approximately, 216 911 Cup 3.8 examples were produced which brings us to the example on offer here.

Chassis # WP0ZZZ99ZVS398091 is a 1997 Porsche 911 Cup 3.8 (also referred to as a Supercup) is finished in Glacier White (L3AU). Per the car’s ONS Wagenpass, it was delivered new to Dorint Hotels in April of 1997 and raced by Stefan Roitmayer for Team Herberth/Dorint Hotels as the #12 car. It competed in 10 Supercup races in 1997 and 9 races in 1998. In 1999, it was campaigned by Italian Team, MAC Racing, at the Daytona 24 Hours race piloted by driver’s Morini/Scarpetta/Cattaneo/Tamburini/De Castro with the 66 number plate. It finished 7th in the GT3 class and 16th overall in a field of 78 entrants and was the only Supercup car competing against the venerable GT2 and RSRs. In cross-referencing the Italian Tech Passport on file, we presume it was then sold to Claudio Meddi who raced for MAC in a number of events for the team. Meddi/Borrett/Matte campaigned the car in the Italian GT Championship with numerous top 5 finishes. In 2002, it was imported into the United States by Freisinger Racing and was sold to a Mr. Walker shortly thereafter who competed in many Porsche Club Racing events with Log Books to show for it. In late 2003, it moved on to its current owner and consignor who has also participated in Porsche Club Racing Events.

Today, it remains in driver quality condition per racecar standards. It will need sorting, the time-out items replaced, and an extensive service before being track-day ready.  The engine and transmission were rebuilt under current ownership by well-known engine builders- Dawes Motorsports in Pennsylvania. The engine case is a non-matching unit with a  streetcar designation that was installed prior to current ownership.  It is estimated that between 90-100 hours are on the current engine build. From our research, we believe it is the original tub but there is evidence of accident damage on the front right fender area and left quarter panel area as expected from a race car with many events under its belt. Remarkably, the original hood is present with factory-applied sticker to match. Overall, this is an excellent opportunity to own a special, limited production, factory-built racecar that is relatively easy to maintain and is eligible for many events worldwide. Spares include 2 sets of forgeline wheels in both black and red, Air Wand, 3/4″ torque wrench.

We sell Porsche plus parts and tools. After motor and gearbox revision 4,5h driven

The ultimate evolution of the SPICE SE90C C1