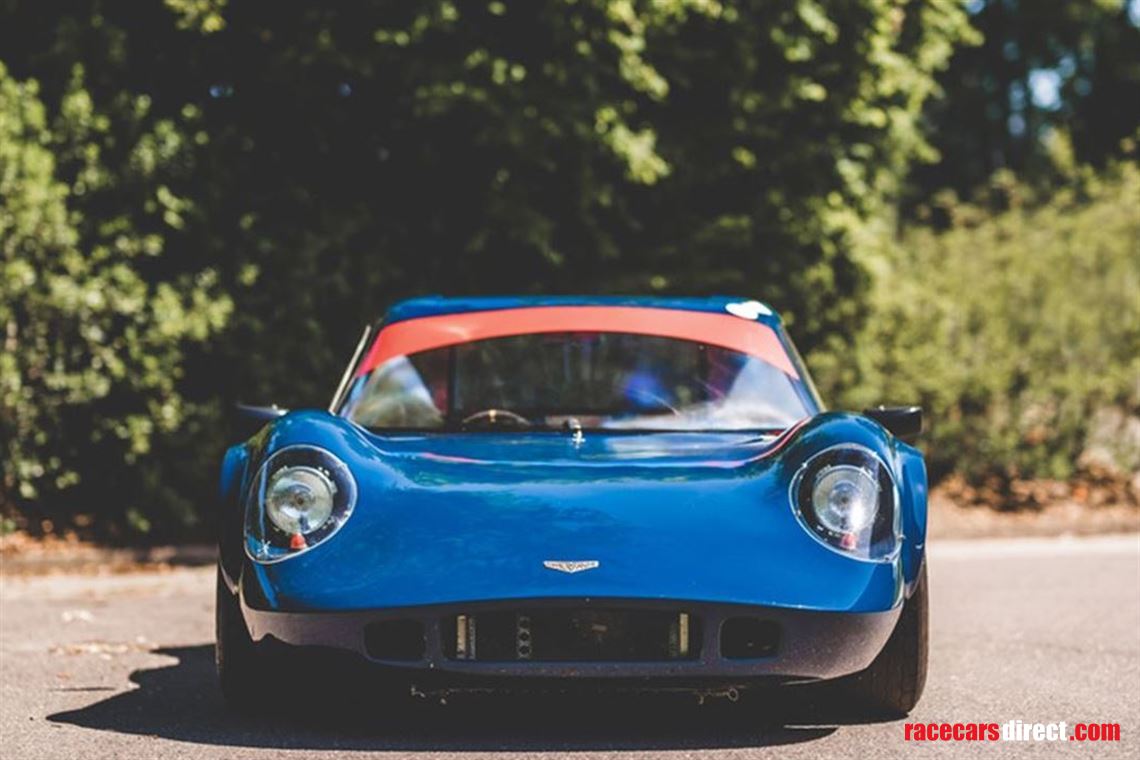 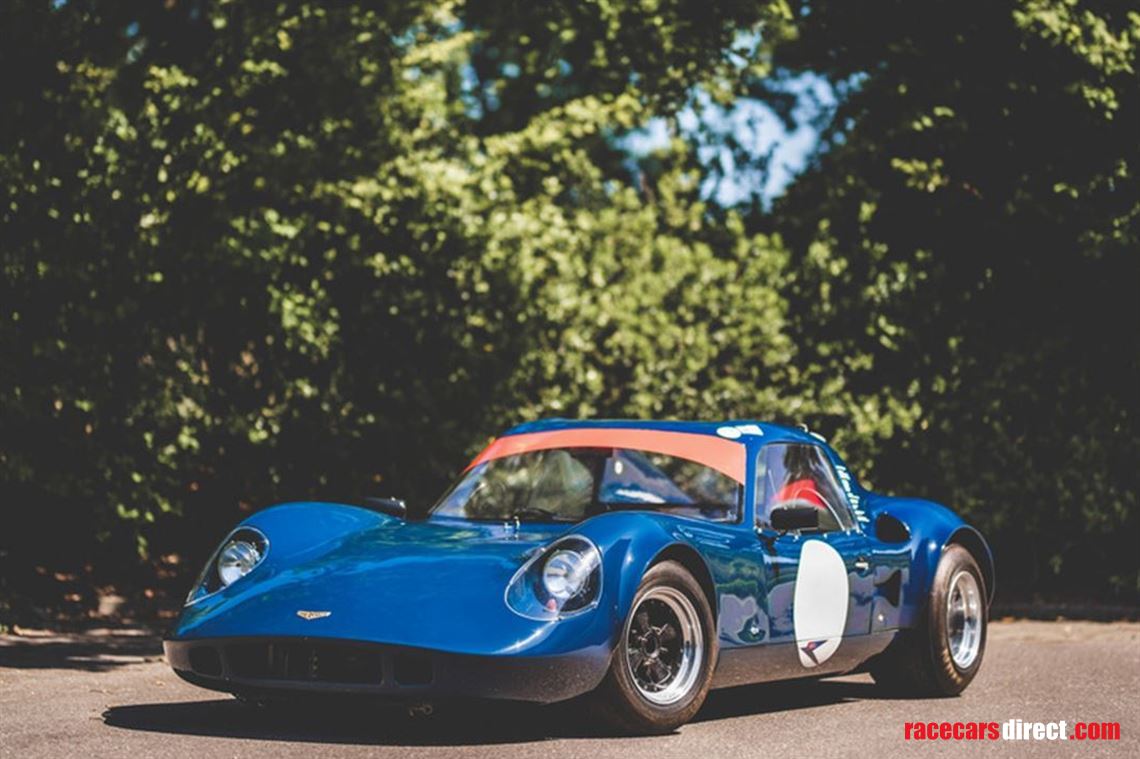 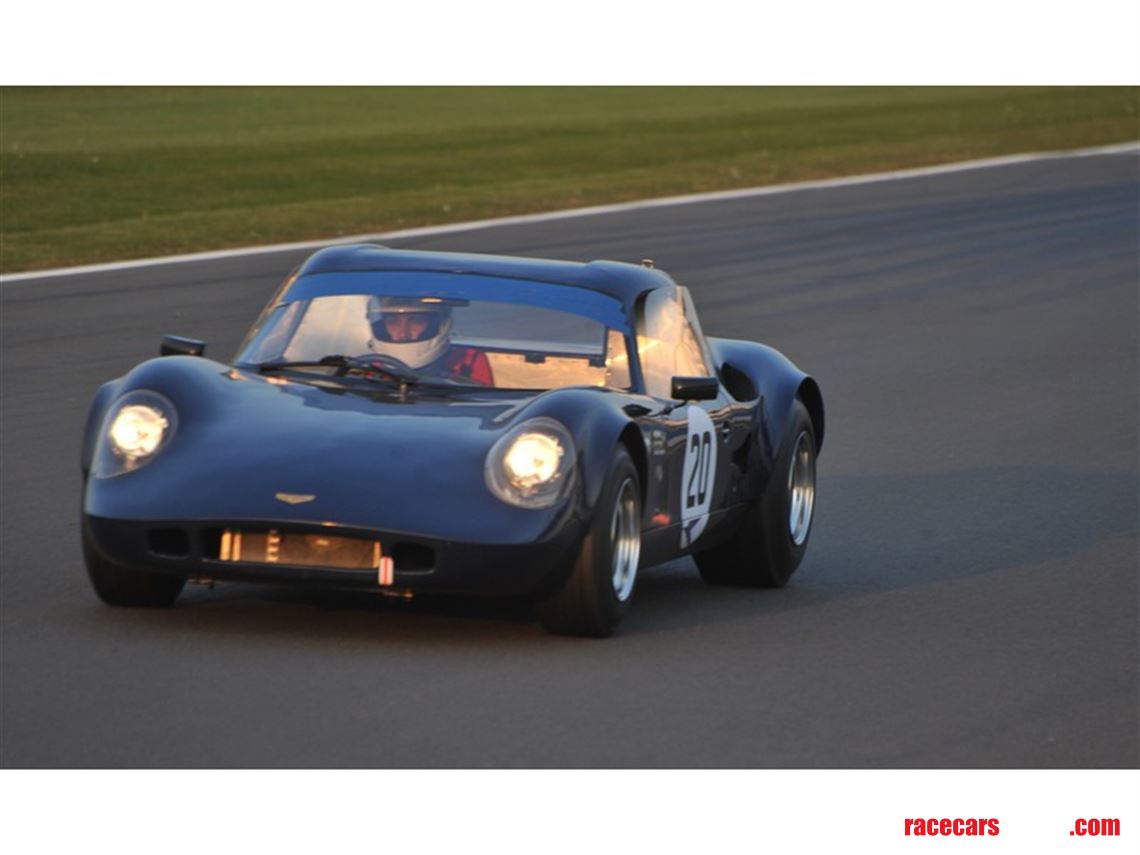 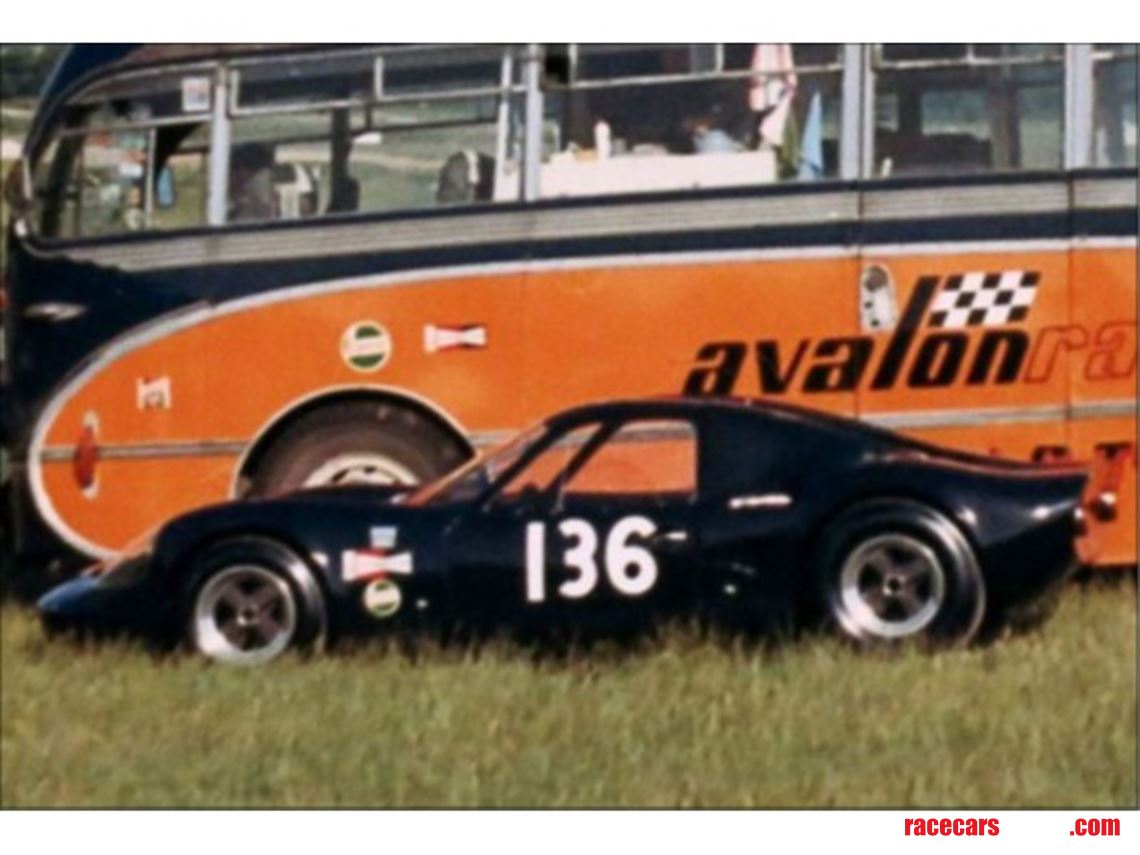 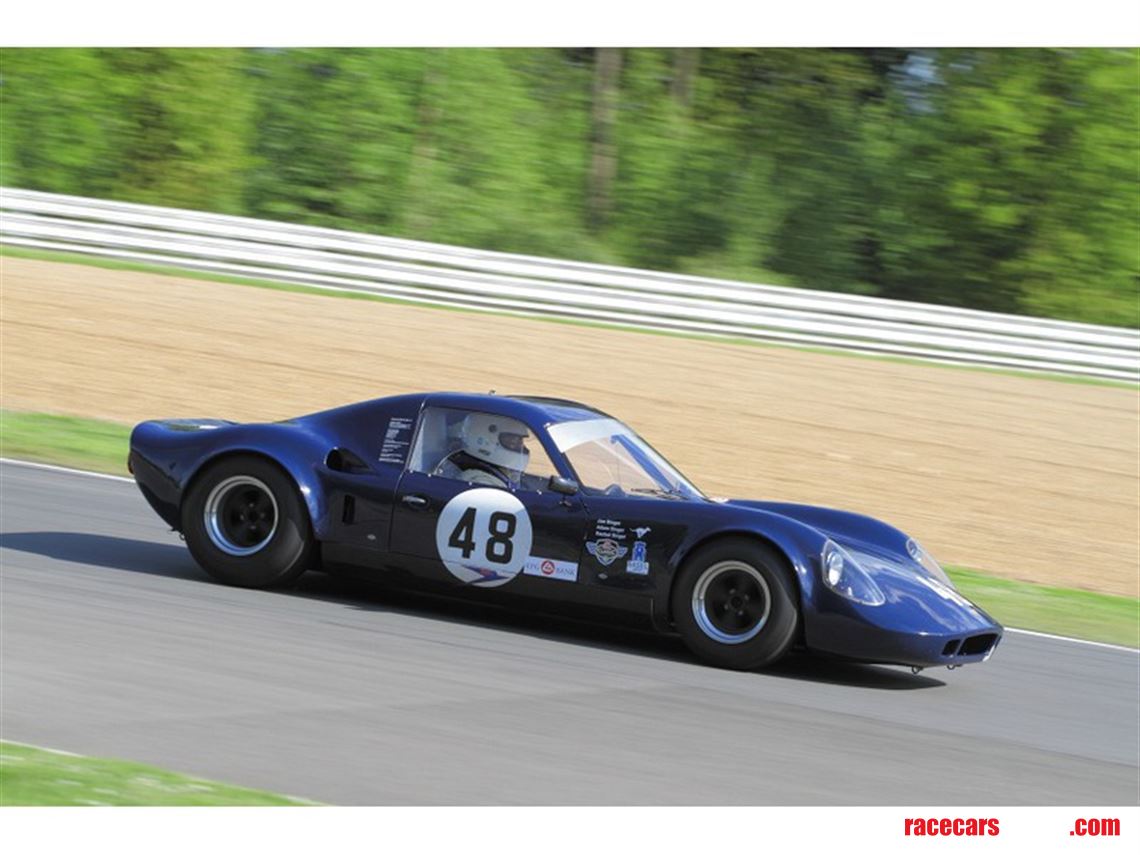 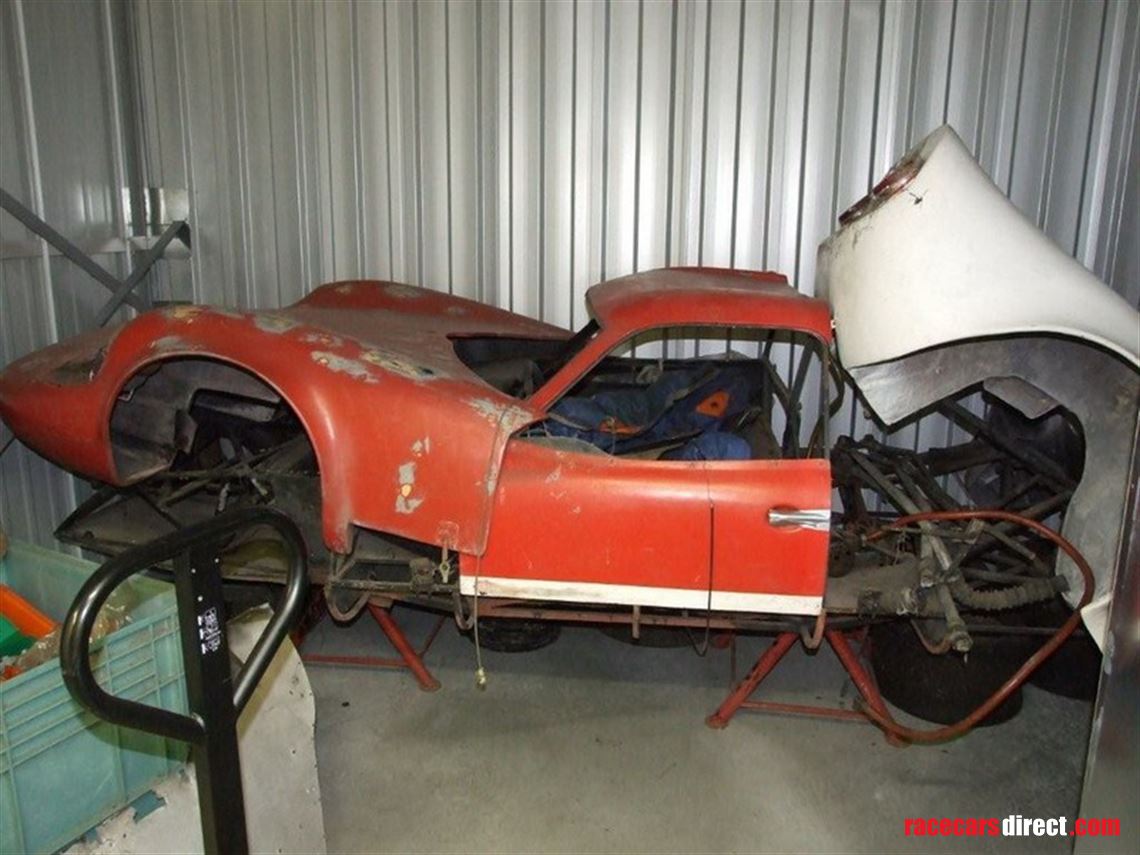 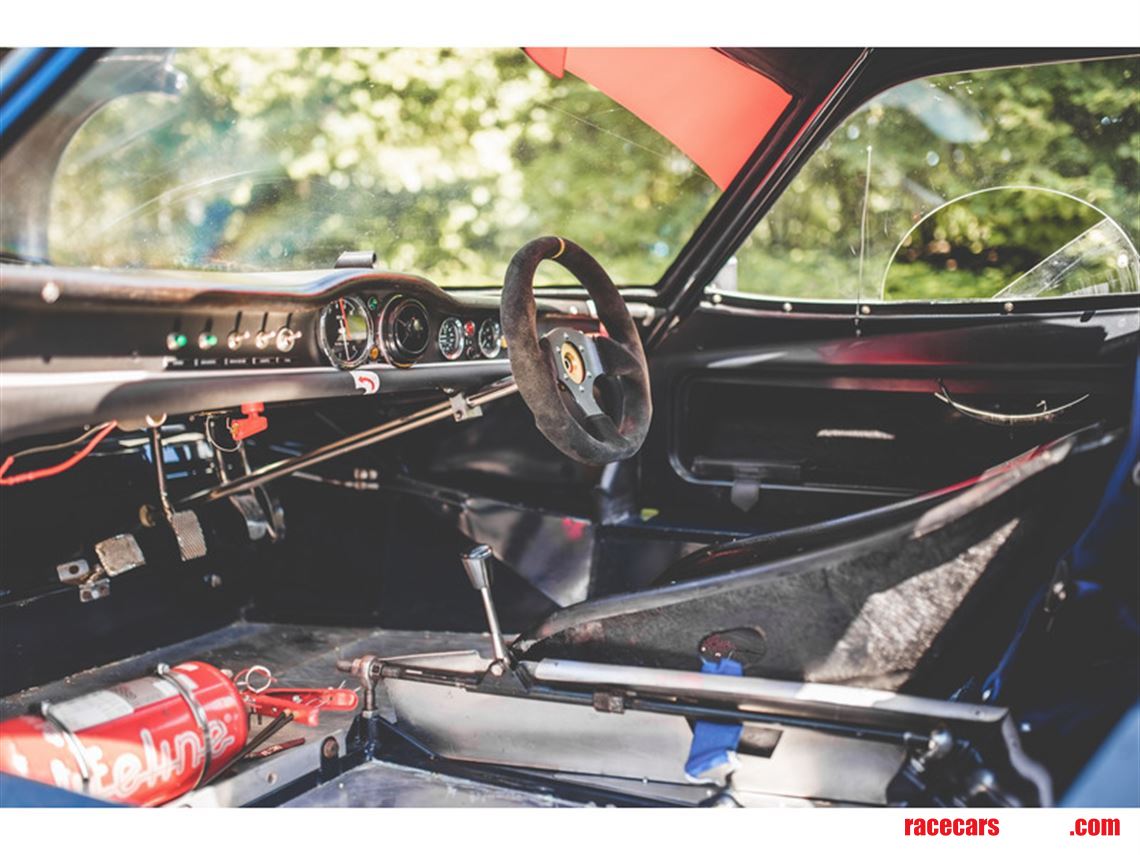 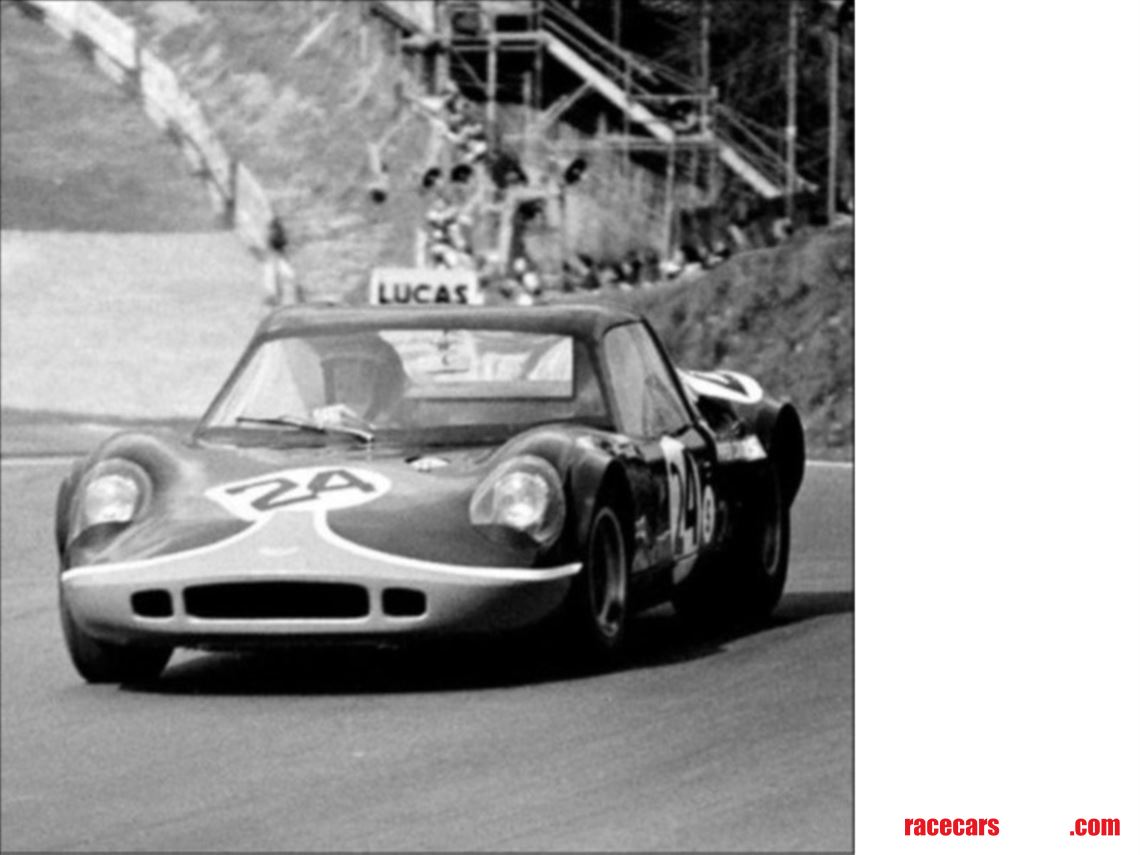 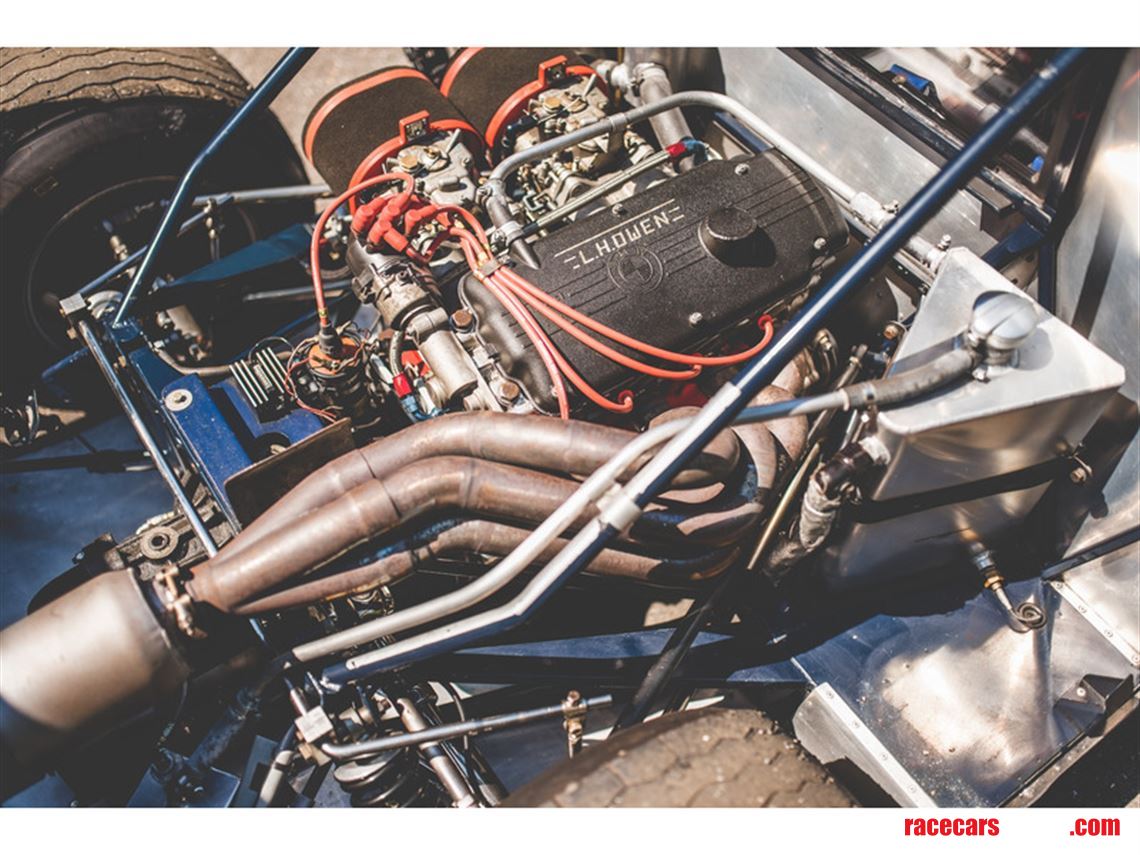 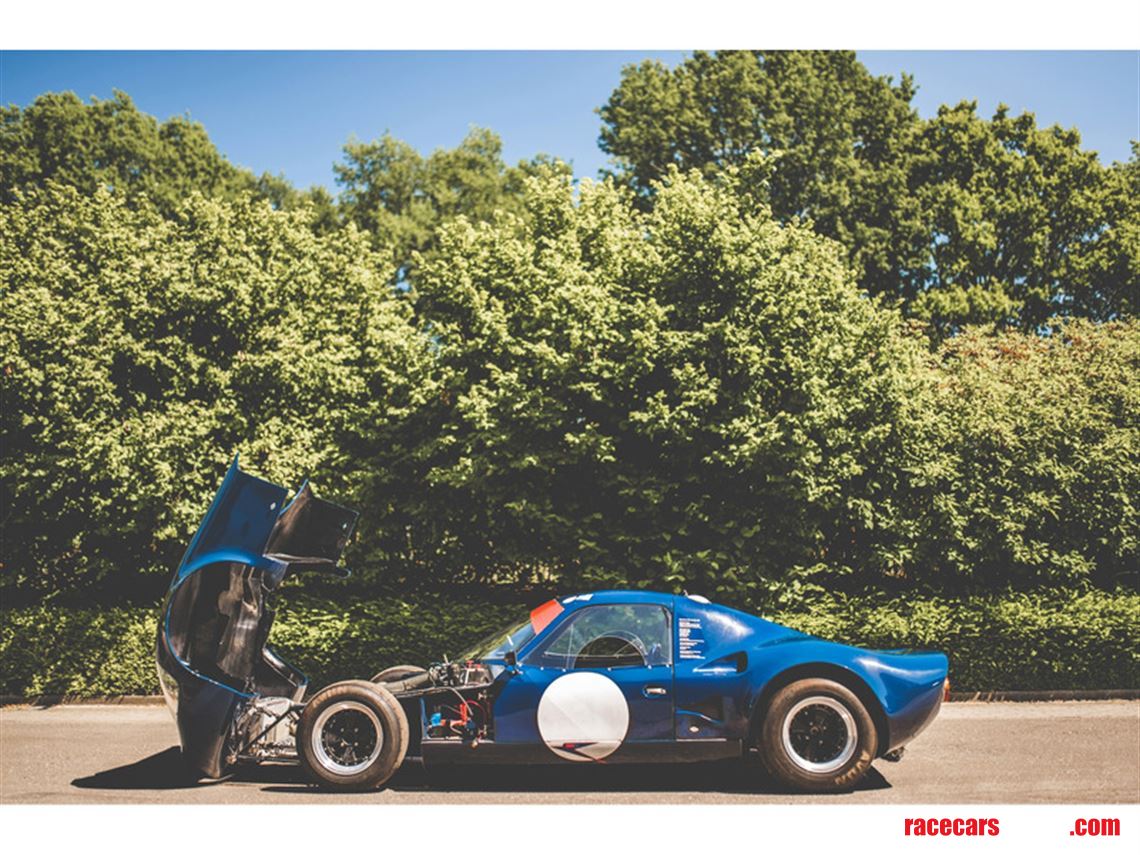 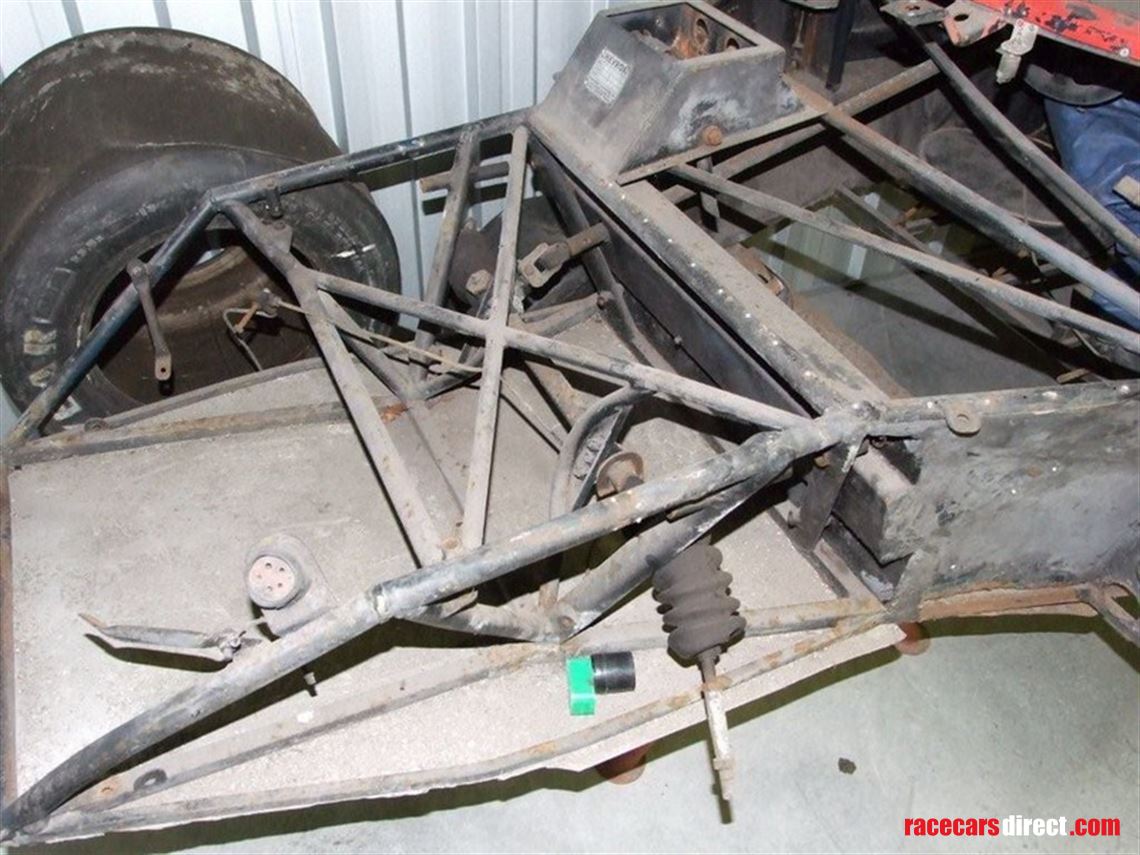 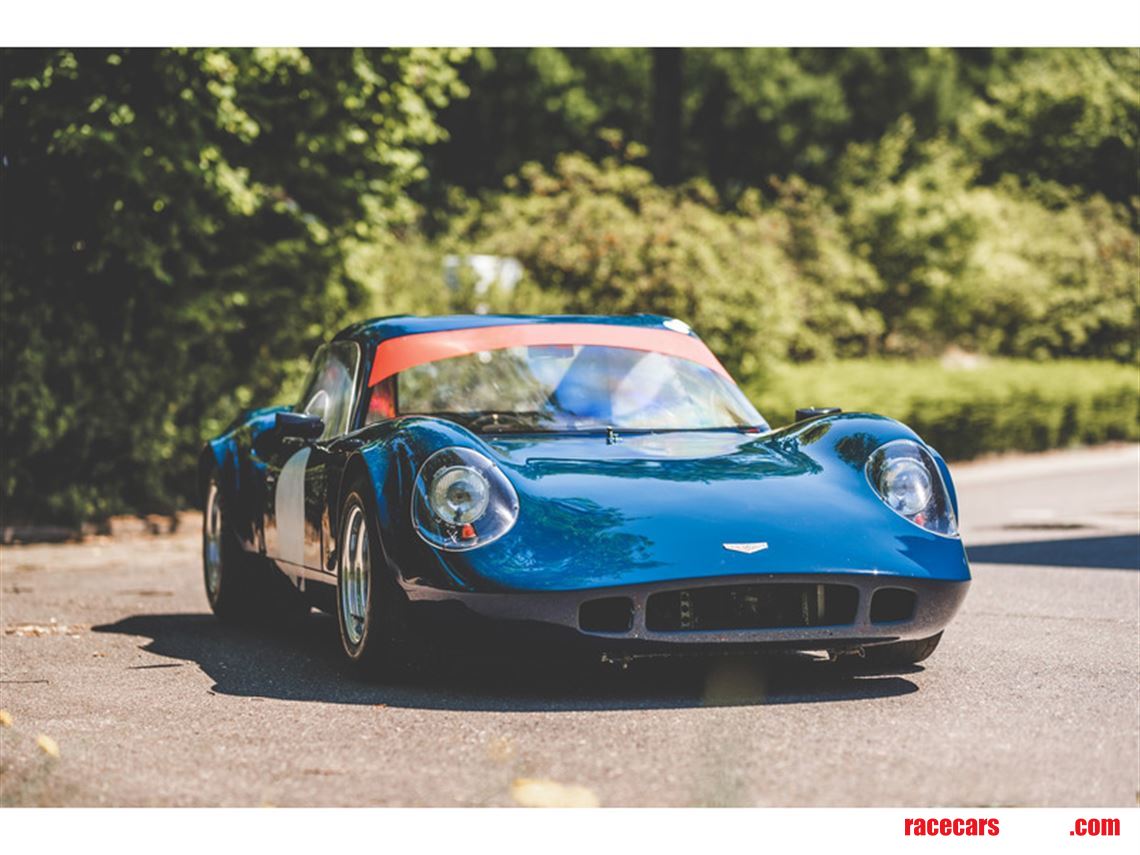 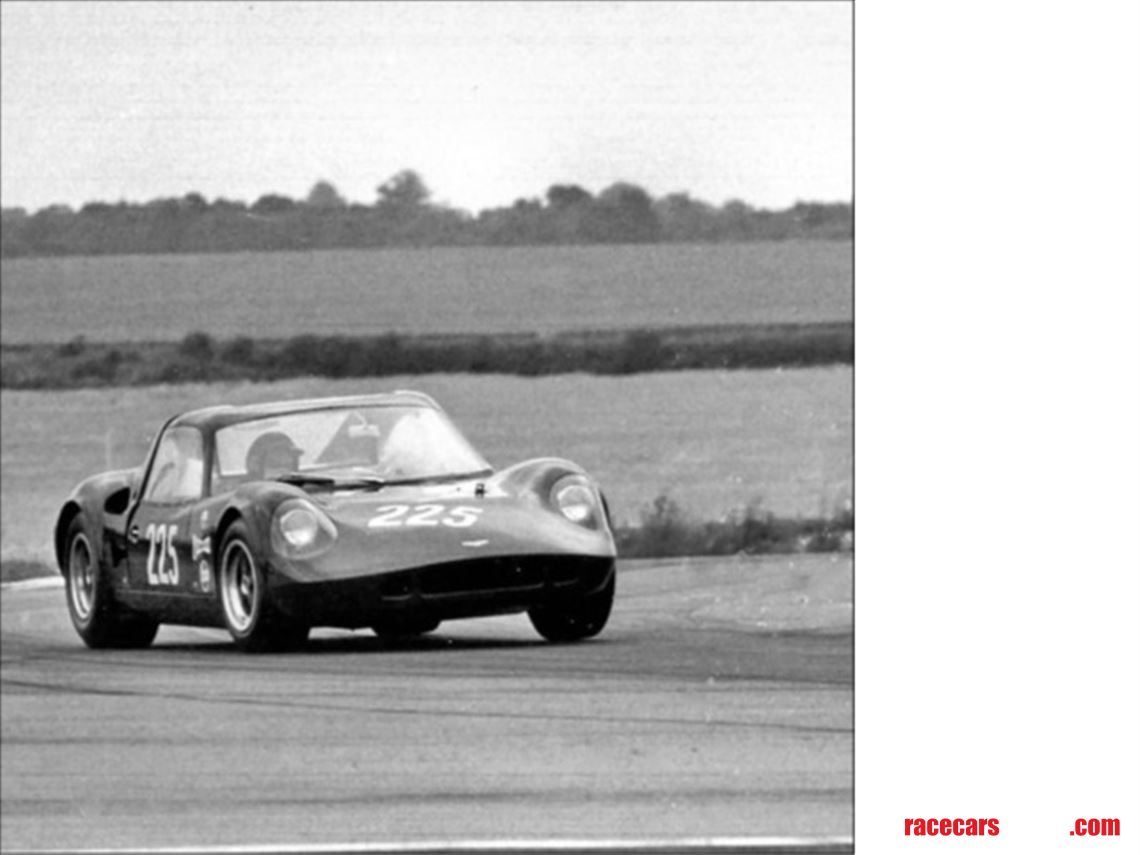 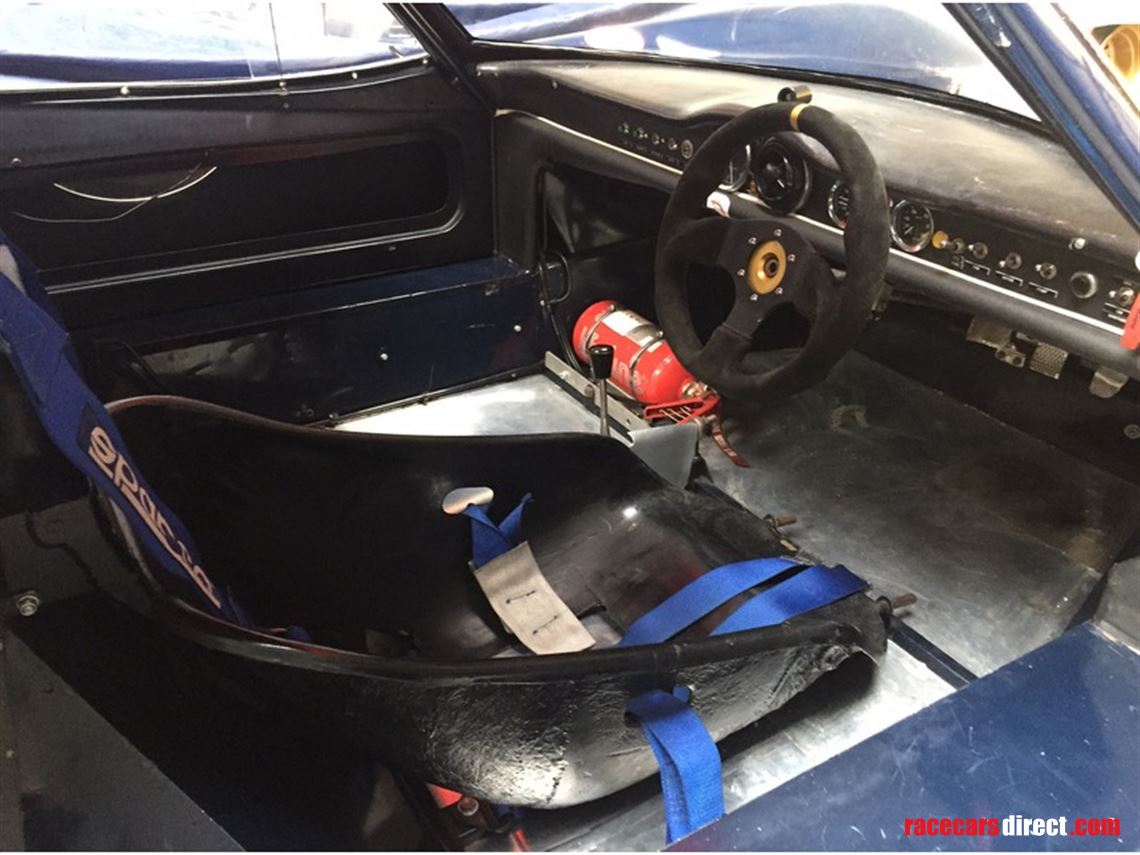 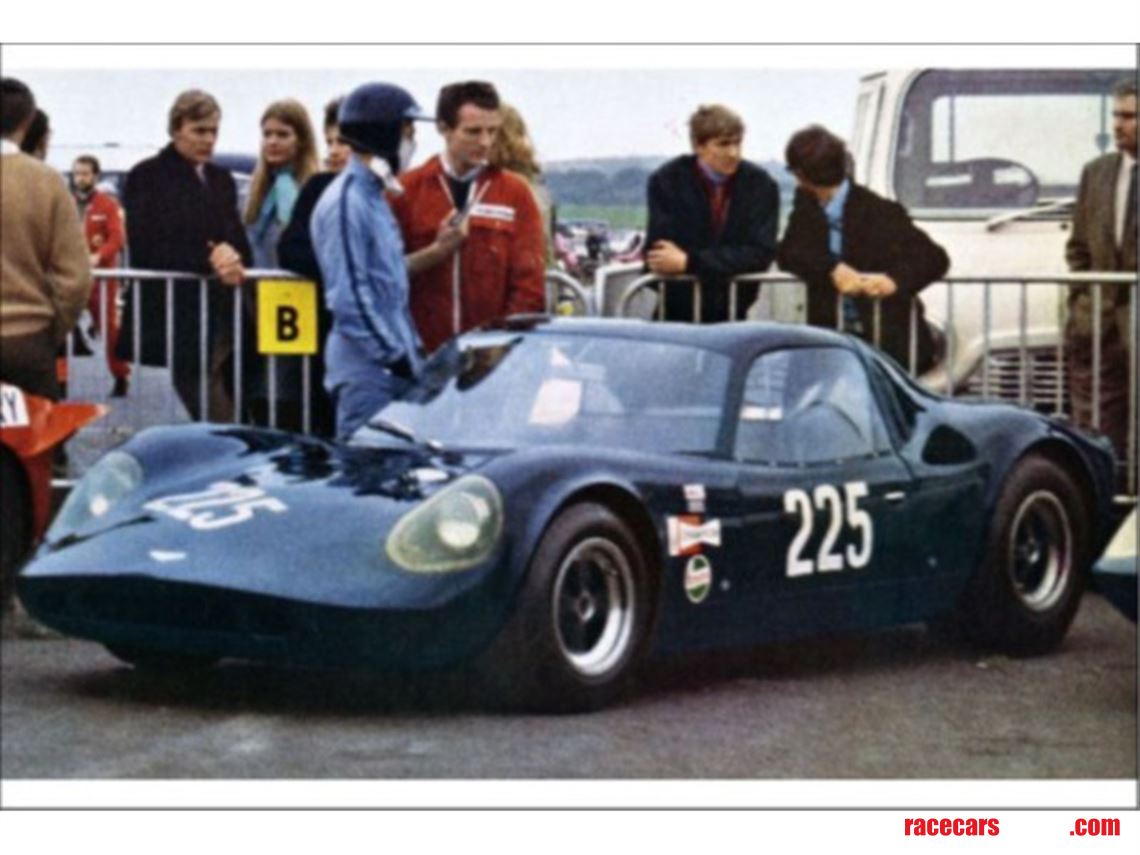 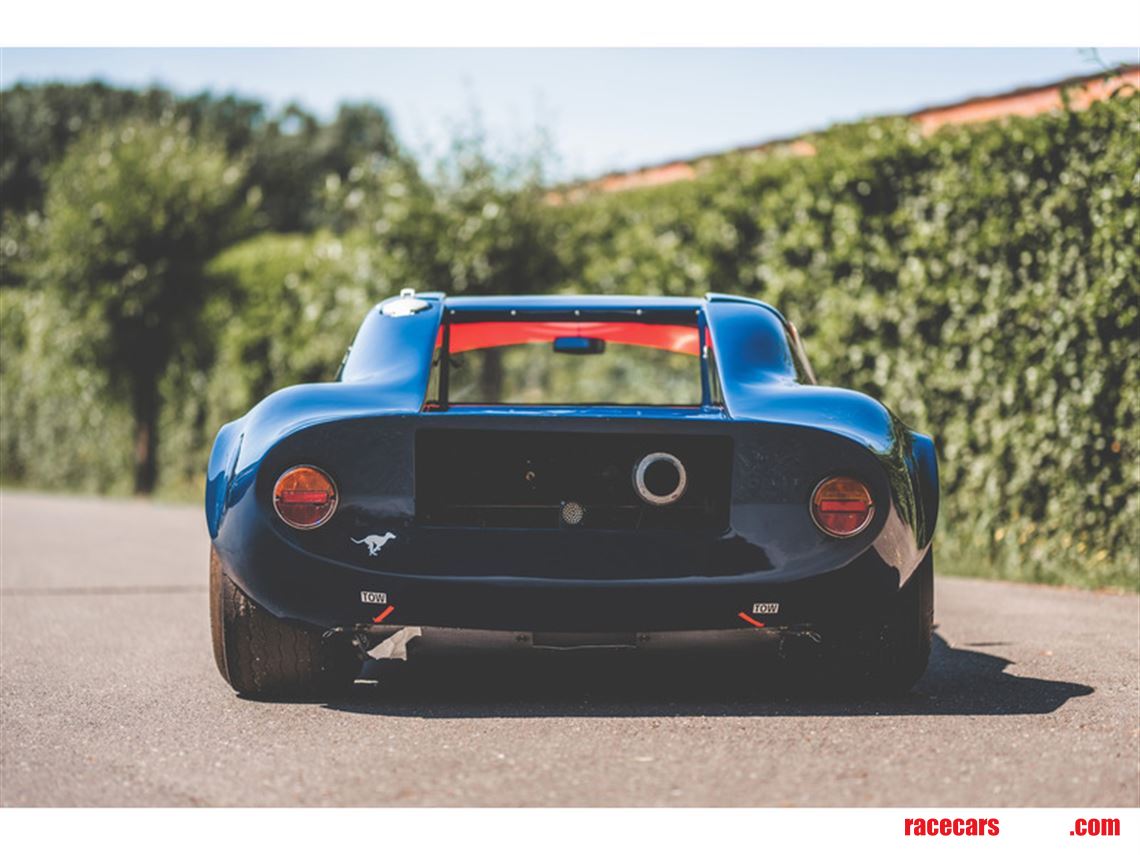 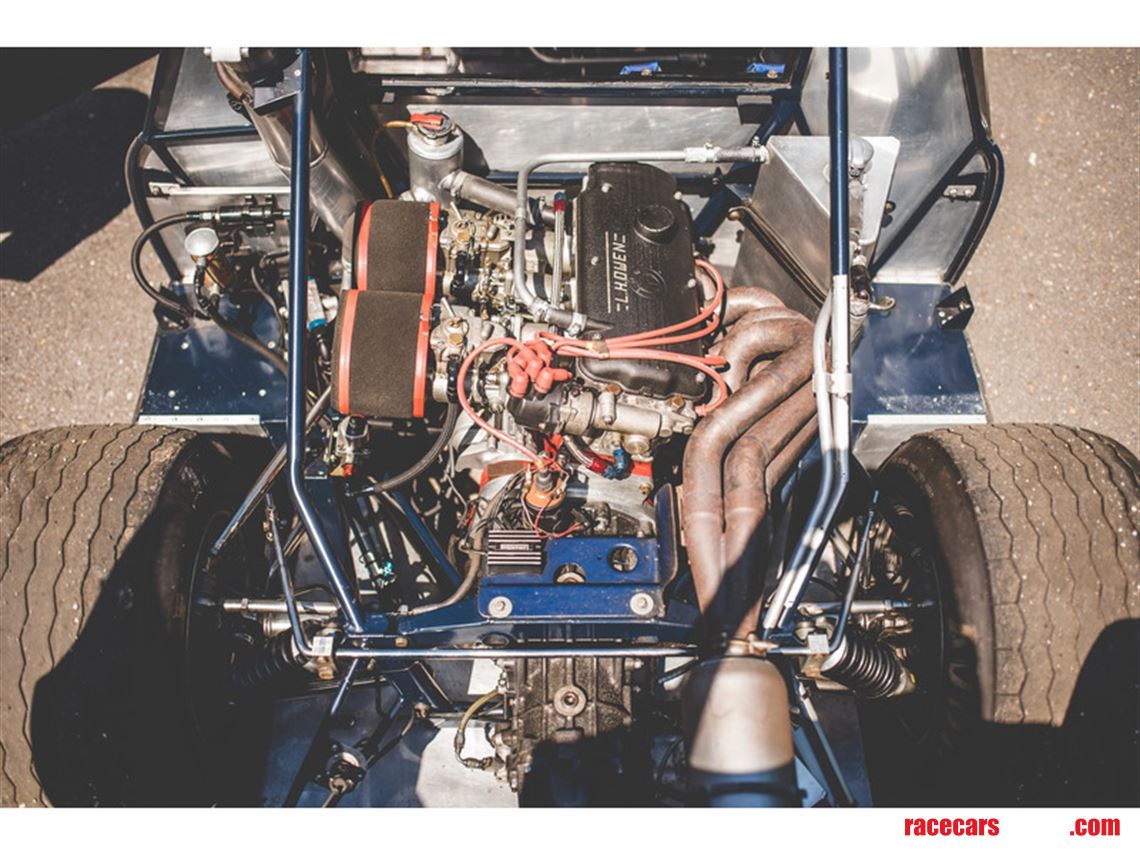 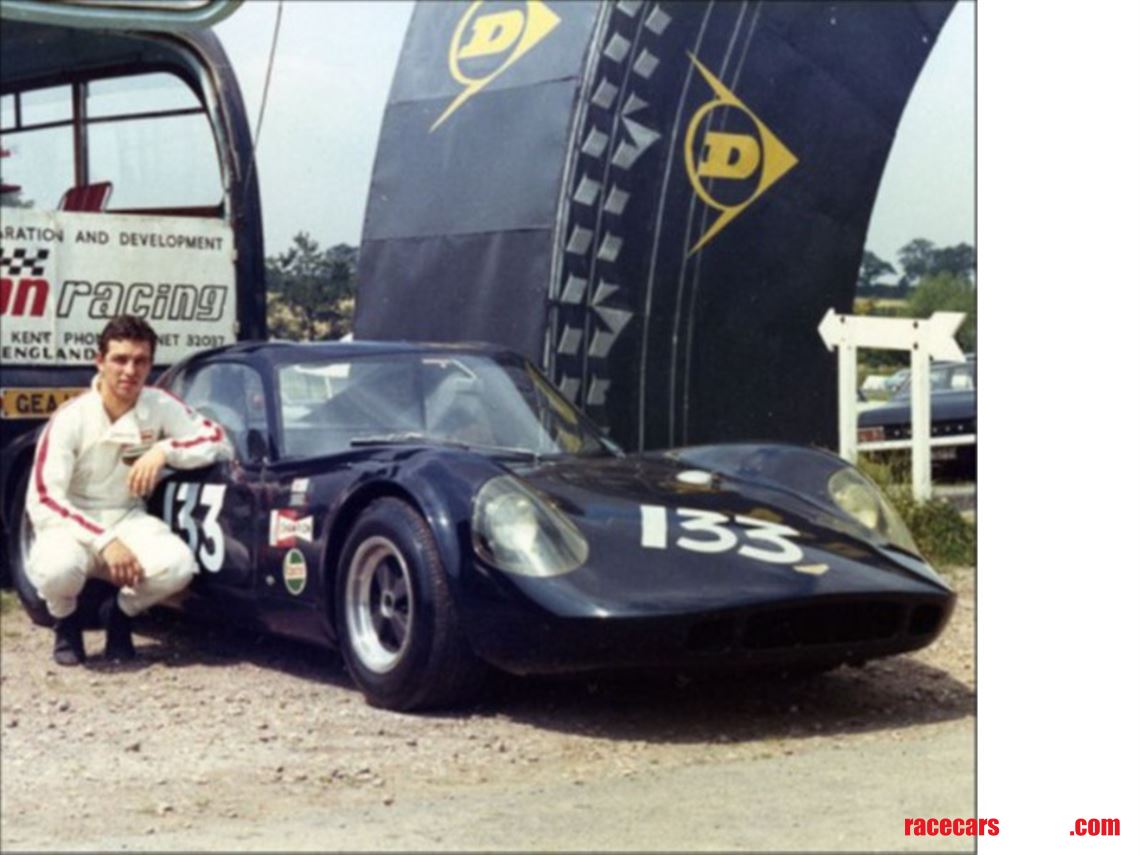 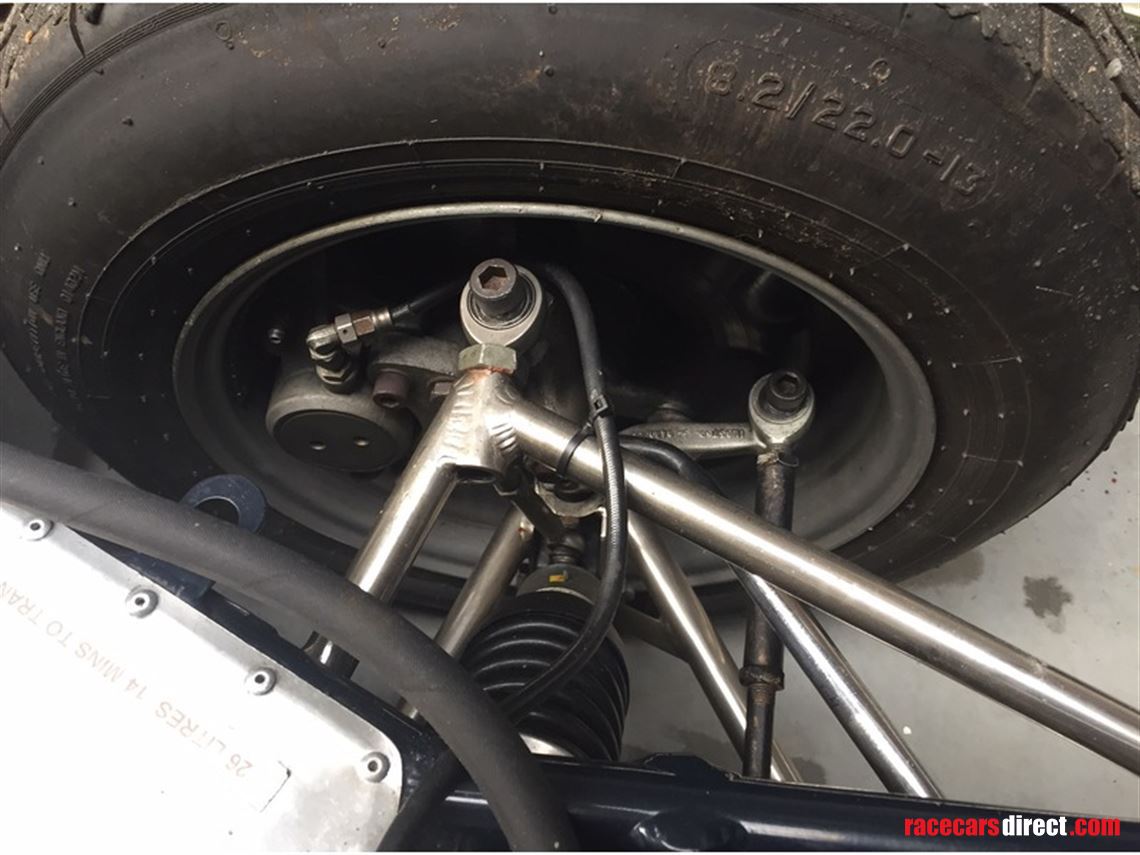 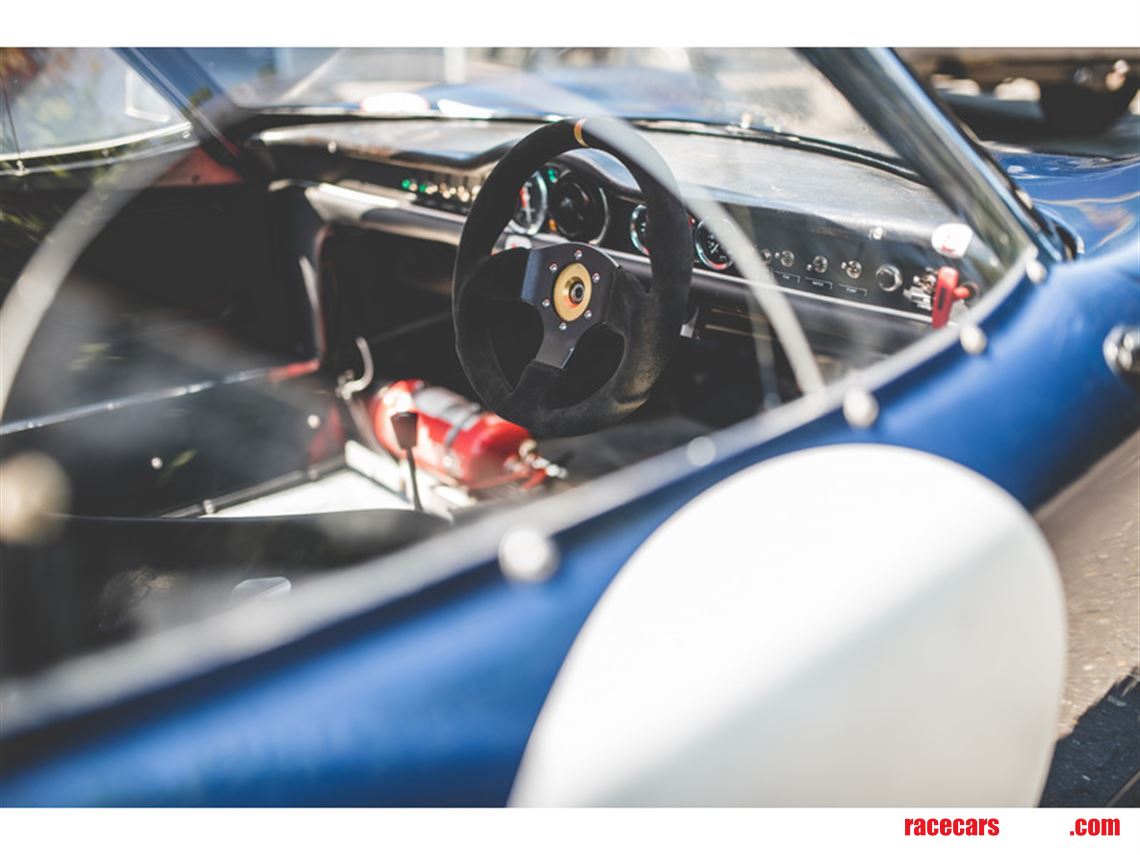 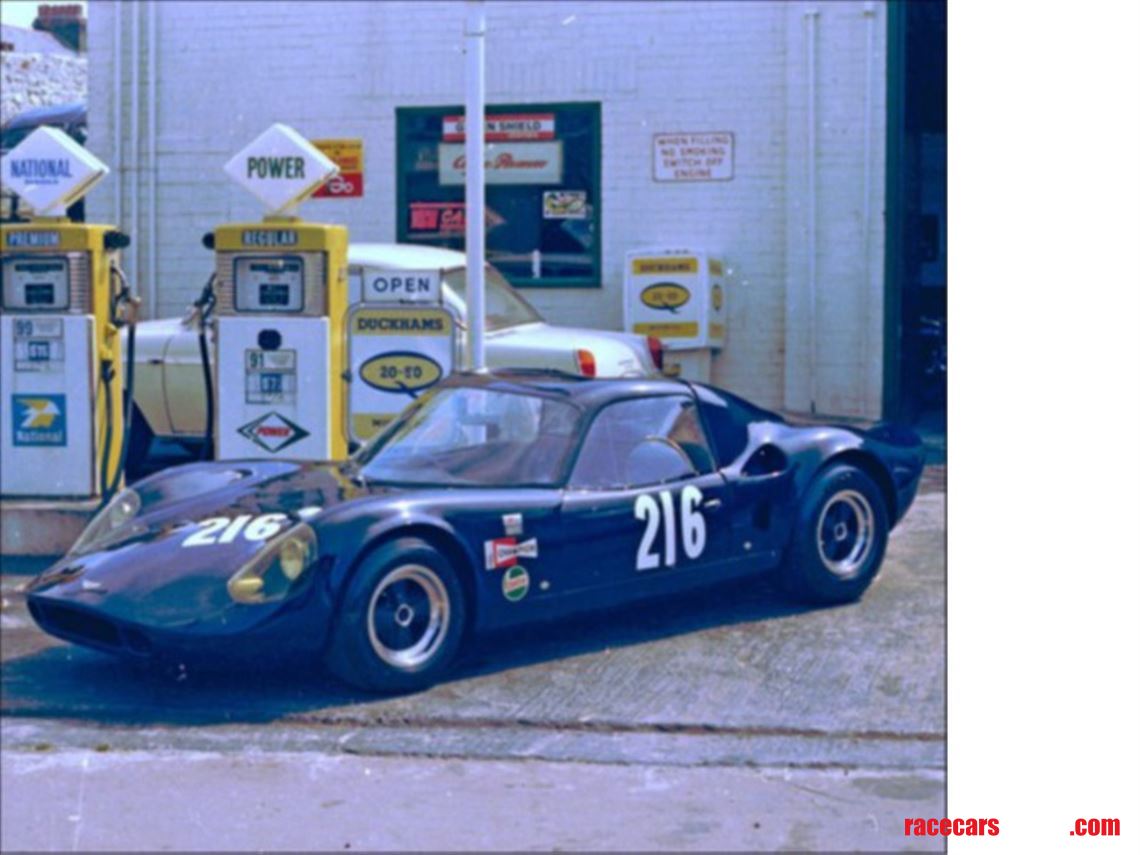 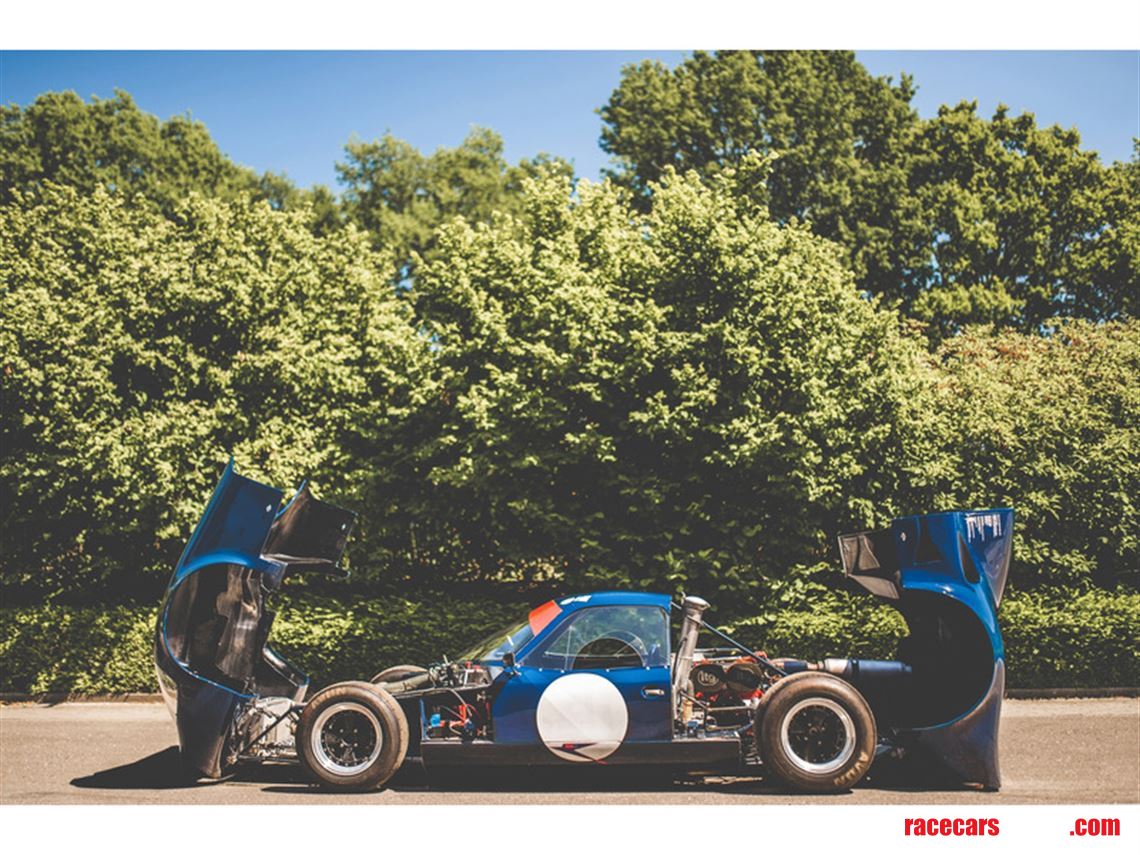 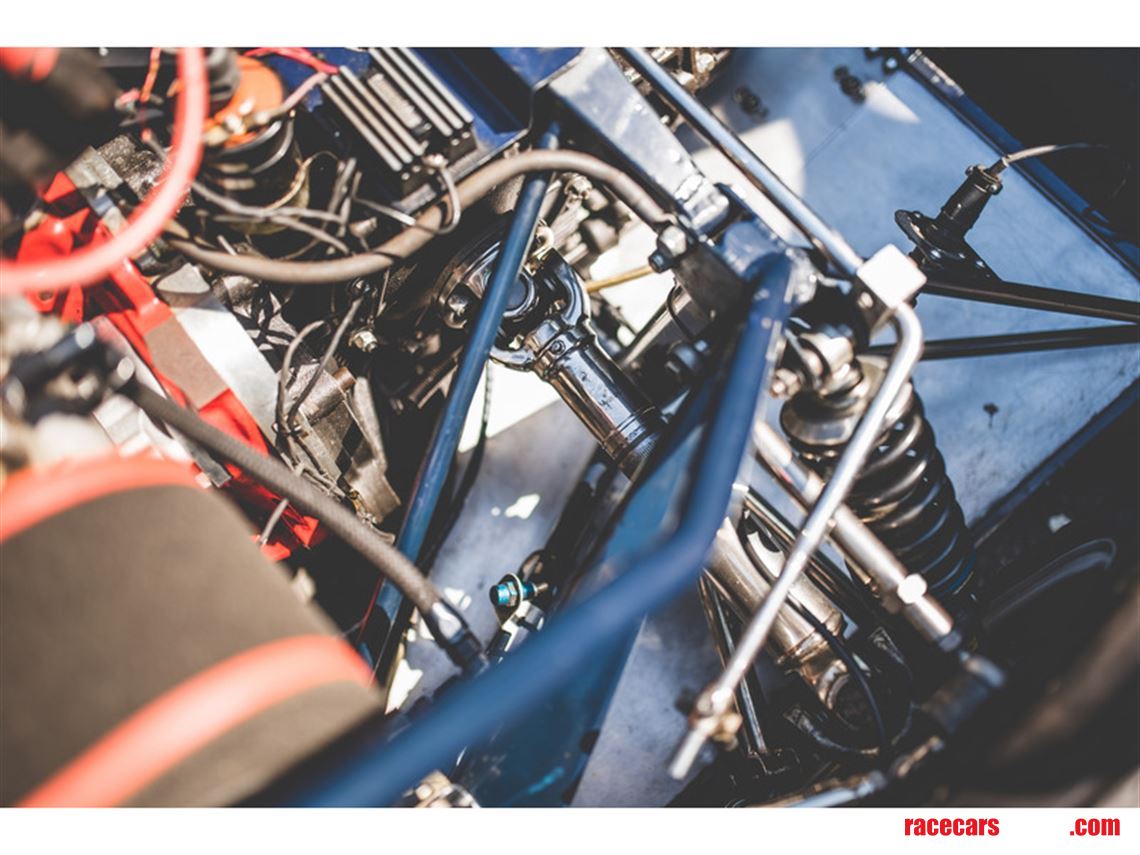 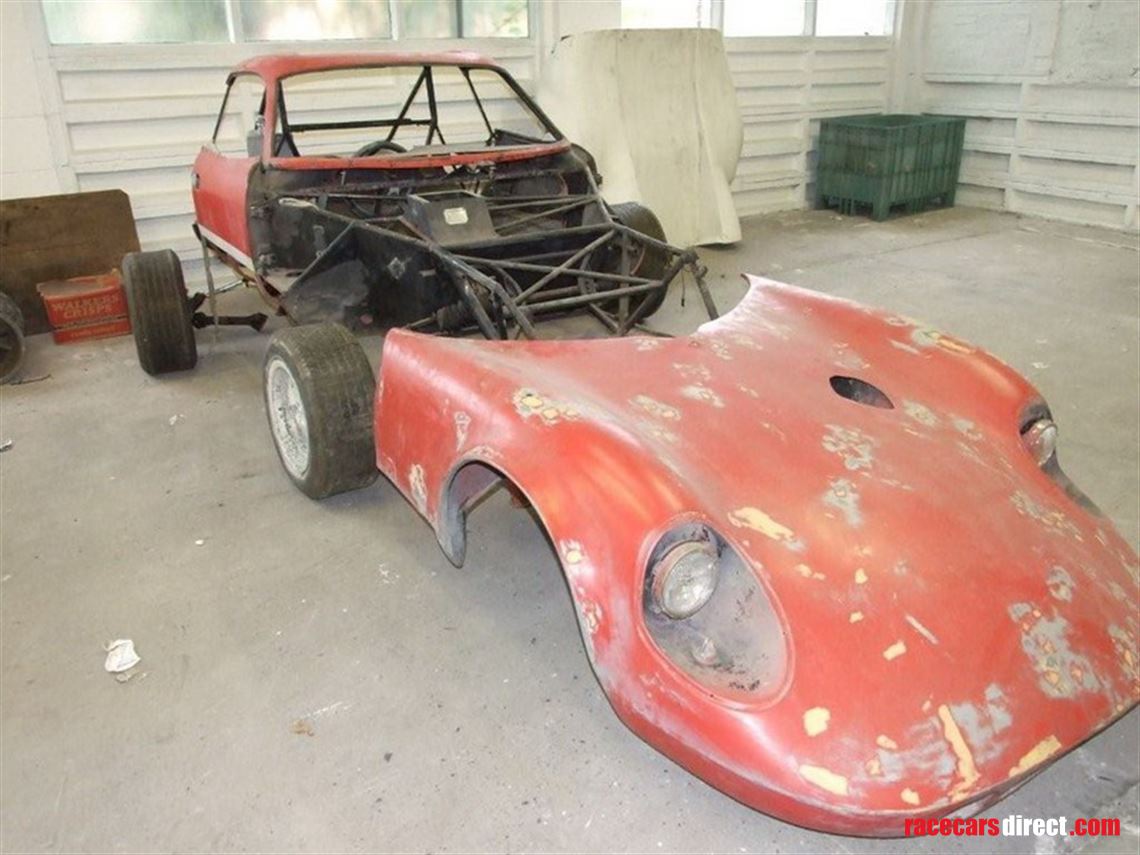 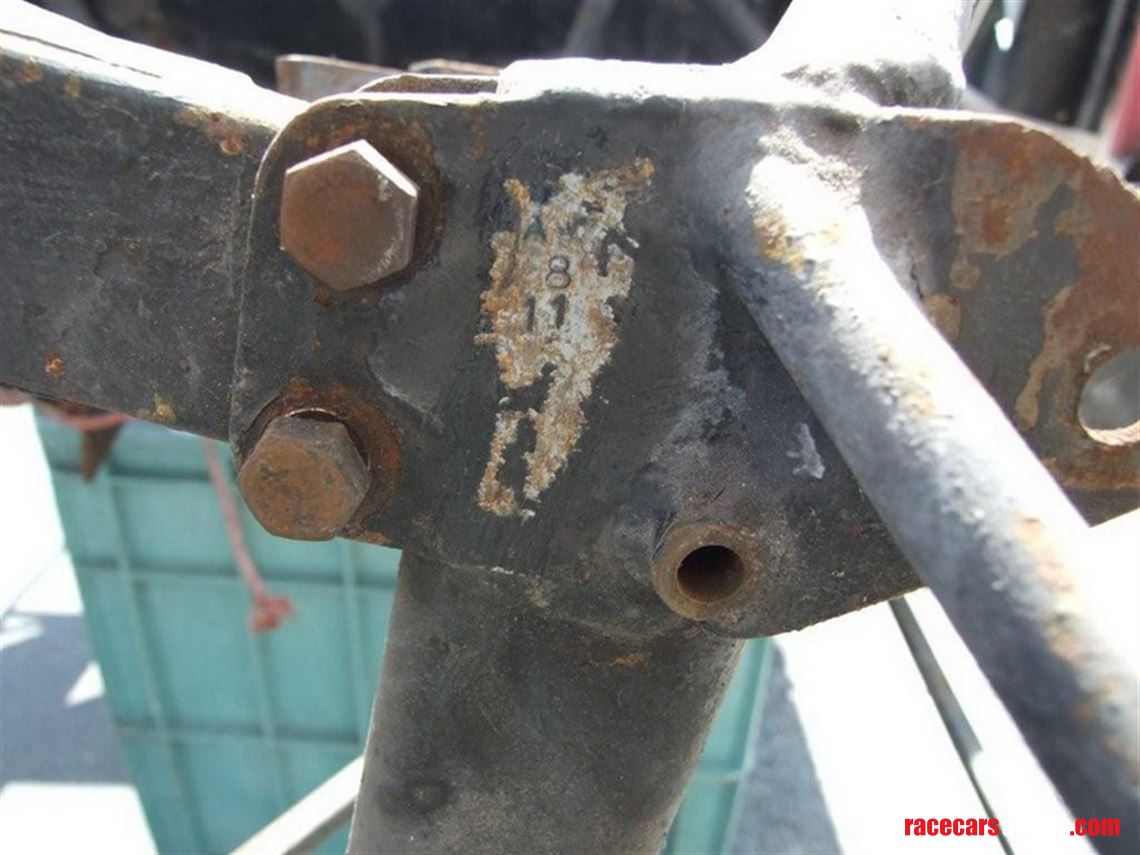 We have the pleasure to offer the ex-Barrie Smith, ex-David Purely Danish Grand Prix winning & Targa Florio Chevron B8 for sale.

This Chevron B8, chassis DBE-56, is the car British club racer Barrie Smith used to great effect during 1968. Barrie had originally planned in building up a Lotus based Mercury GT, but figured the build was beyond his means, so instead contacted Derek Bennett at Chevron Cars and placed an order for a B8 which was built-up in double quick time. Painted dark blue and fitted with a Vegantune 1600cc Ford Twin-Cam and entered under the Avalon Racing banner, Barrie raced DBE-56 in 23 events in a little over 4 months from June ’68 through to early October.

He won 8 races outright, including the Danish GP, as well as finishing 2nd nine times, 3rd four times, and taking 15 class wins in the process. He only failed to finish twice, but did win the Tootal GT Championship. Barrie replaced the car for 1969 with another Chevron B8 and sold DBE-56 to David Purley who was moving into the prototype class after previously racing a Cobra in the GT class.

Although still competitive in club racing and quick enough, Purley had a somewhat fraught season with the Chevron due to a myriad of engine problems, including two expensive blow-ups which necessitated a switch to a 2000cc BMW unit mid-season. Despite this, he did manage to achieve limited success in the “Motoring News” GT championship achieving a win at Castle Combe, a 2nd place at Brands Hatch, a 3rd at Mallory Park and 3 class wins. After only racing the B8 twice in 1970 David sold the car in 1971 to club racers John Raffo and Roy Seddon.

By now though, the B8 was somewhat venerable and outclassed by the newer B16 and B19 models and was only raced half-a-dozen times, including the ’71 Targa Florio where the pair managed to finish despite running out of fuel on the far side of the circuit and losing time whilst a local fetched a petrol can and enough fuel for the car to make it back to the pits. DBE-56 then sat unused for the greater part of 1972 until being bought for £850 by British salon car racer Dave Brodie in November of that year. Dave took the car all the way to the Caribbean for a couple of end-of-season races which were offering good start and prize money. Dave won at the South Dakota circuit in Guyana and finished second at Bushy Park in Barbados. Dave then sold the B8 to local rally driver Mike Mahon for £1400. Mahon doesn’t appear to have raced the B8 before selling it to another local by the name of Haynes, who also apparently didn’t race the car, instead leaving it abandoned in an old chicken shed.

In dilapidated “shed”-condition but with its original chassis and bodywork still showing the 1972 “Brodie livery”, DBE-56 was brought back to the UK in the early 80ies by Chris Smith who kept all the original parts until 2009 when they were bought by the current UK owner. A full rebuild on a new chassis was subsequently undertaken by Kelvin Jones and Paul Smallcorn after which DBE-56 made its re-appearance on the (historic) racing scene where it has been looked after by renowned preparer Richard Wallbyoff of RW Racing Services until today.

This exceptional Chevron B8 is sold in excellent, race-ready condition with a current FIA HTP and good spares including wheels and silenced exhaust. The Lester Owen BMW engine has only 6 hours running. It only needs a fire extinguisher update and new belts which the seller will be happy to provide. The original chassis plate is with the car as is the original chassis (with Arch frame number) and all body parts as recovered by Smith from Barbados (see pictures). Last but not least, DBE-56 also comes with an extensive (200+ pages) history file.

This is a rare opportunity to buy an historically significant Chevron B8 with a clean and proven “5 star” race record which is ready to be enjoyed by its new owner in any of the many historic races it is eligible for.

An authentic Chevron B16 with an undisputed and documented history