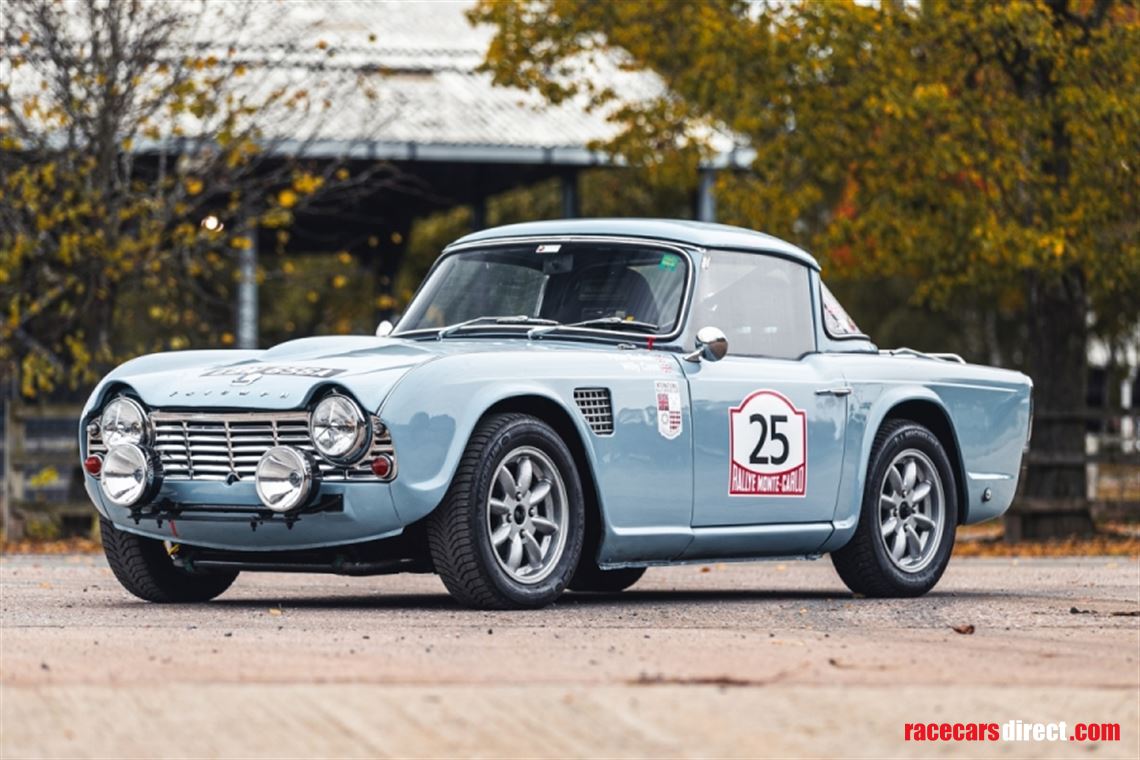 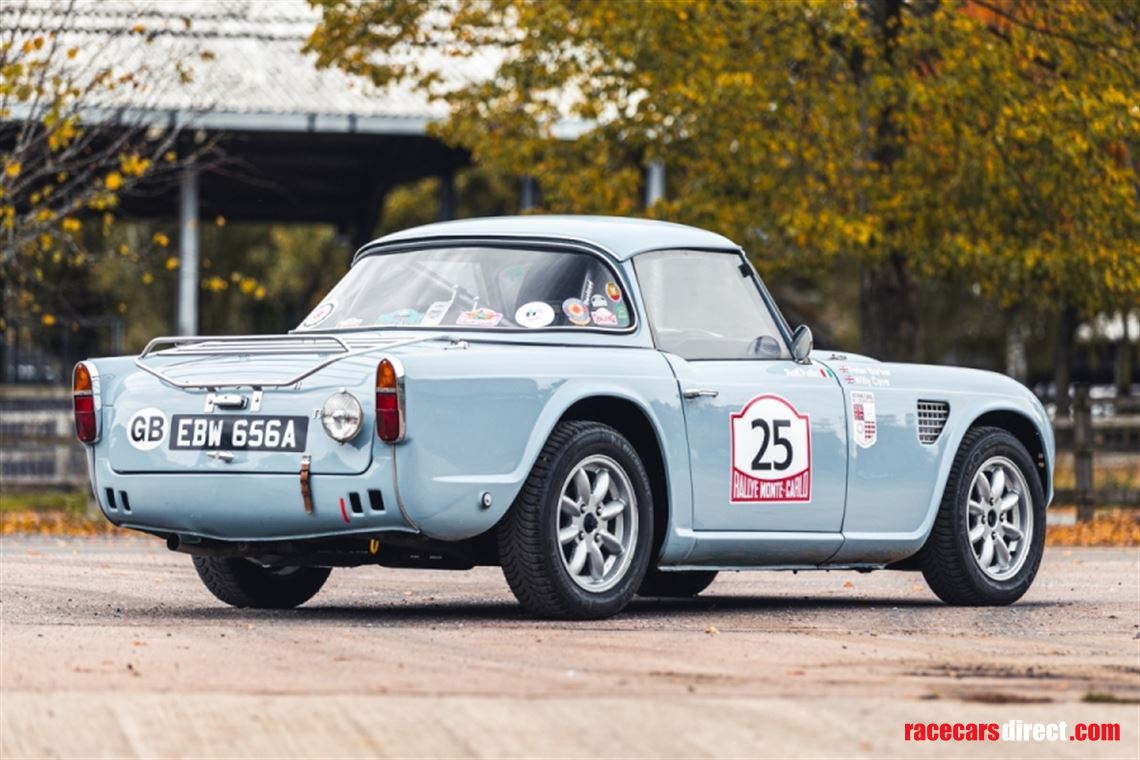 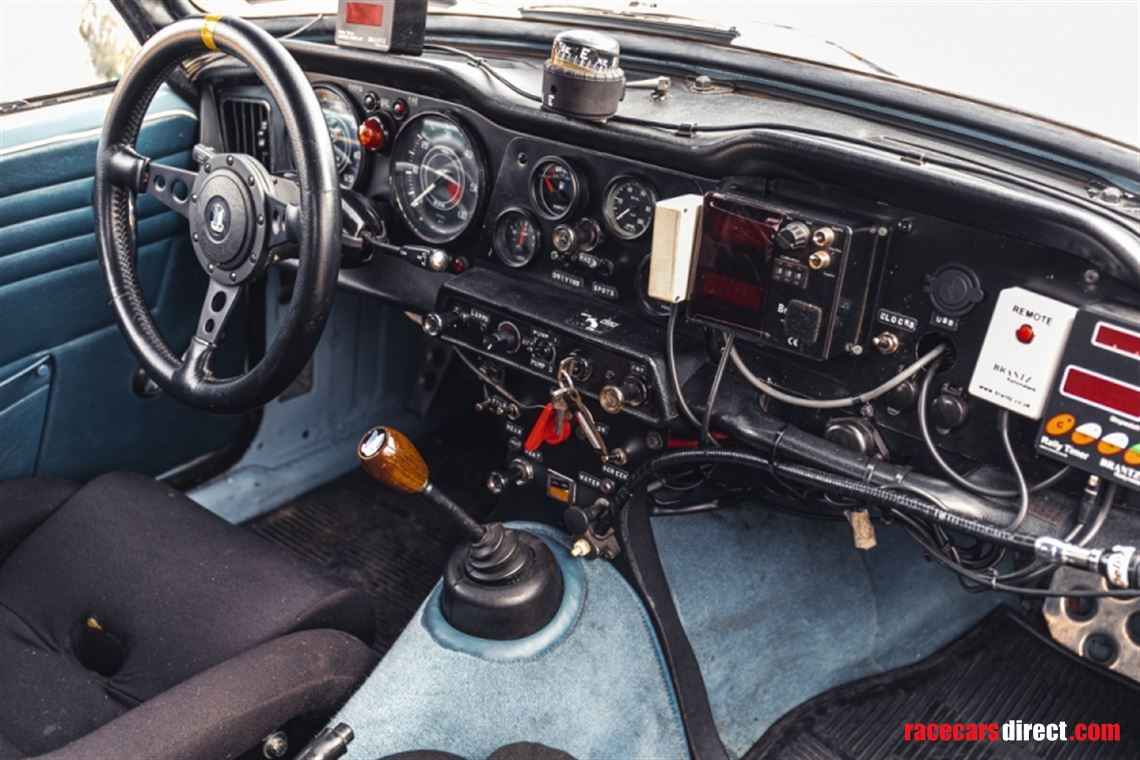 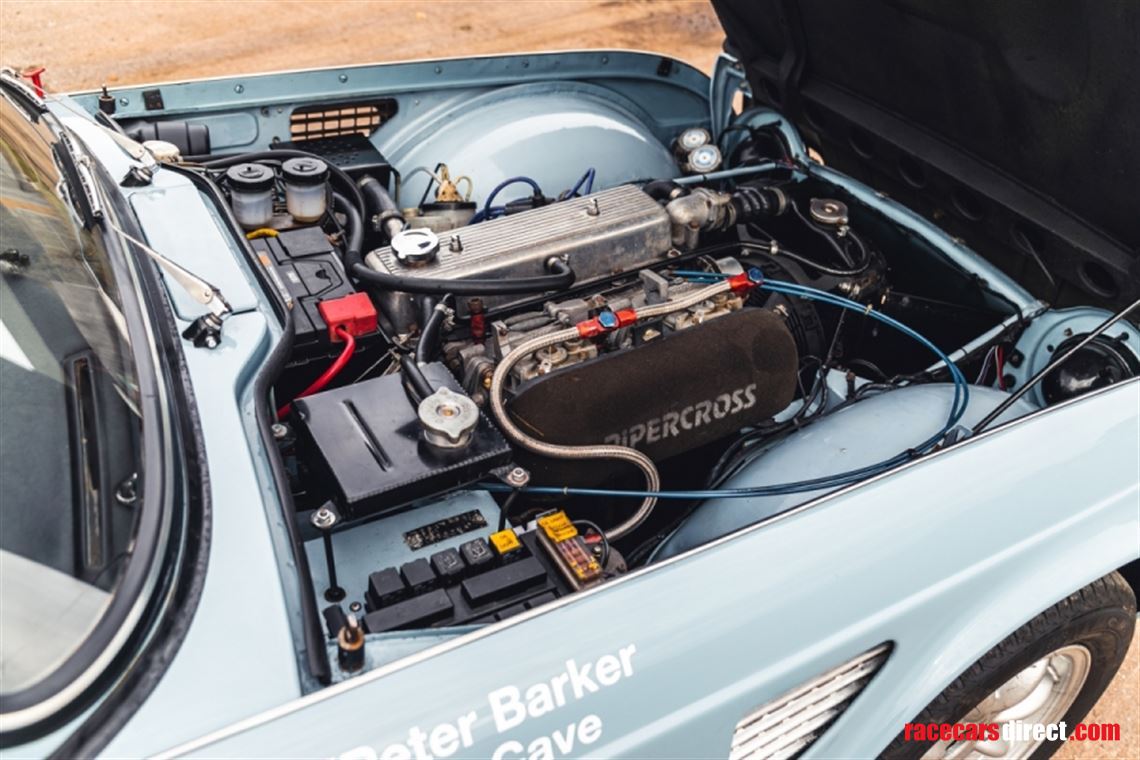 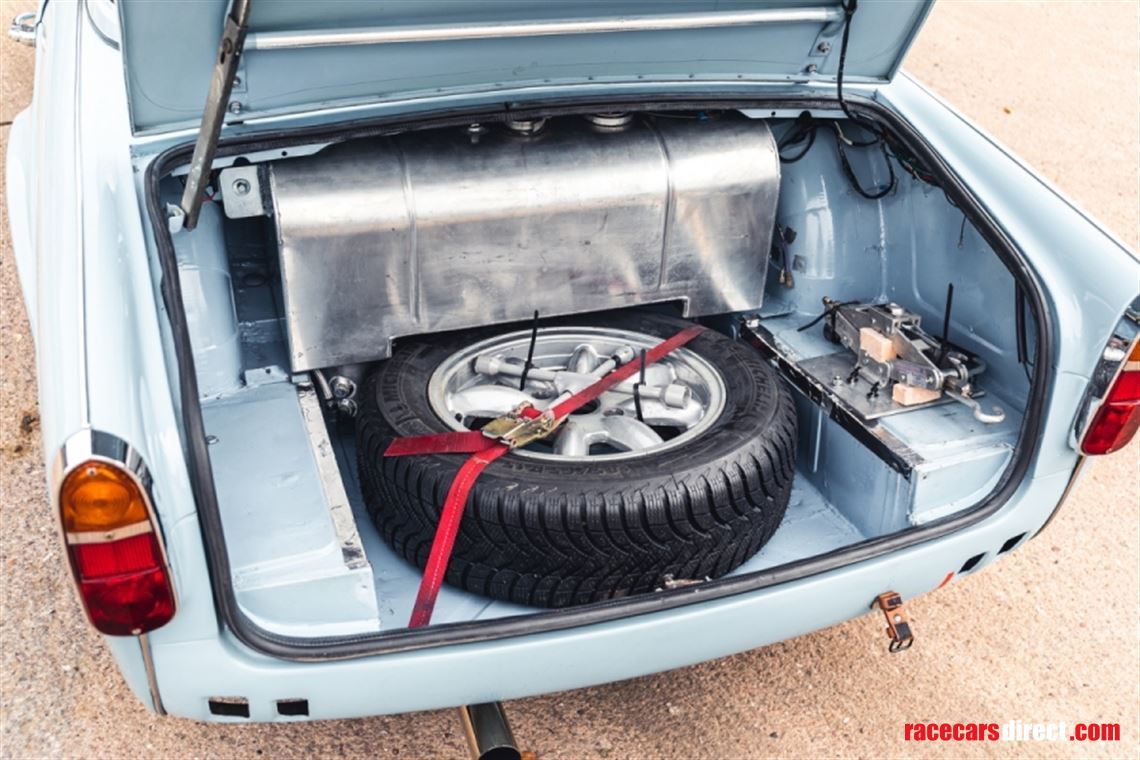 Finished in the ‘works’ colour of choice, Powder Blue, this significant TR4 recreates the halcyon days of rallying of the Triumph Motor Company. Originally shipped from Dagenham to Los Angeles where it was used as a road car until May 1989 at which time it returned to the UK. At this point in its career, now in the hands of Austin Rover Works Manager Evan McKenzie, a full restoration was deemed necessary with the skills of Chestnut House Classic Cars being employed under guidance from Standard Triumph Competitions Dept. personnel. The finished appearance was to be that of a period ‘works’ car in the style of 3 – 6 VC, the instantly recognisable team cars, with all appropriate Triumph accoutrements such as the Surrey Top with alloy centre section, wing vents, spotlights, timing equipment, roll cage and a strengthened chassis. The engine capacity was increased to 2188cc with the assistance of forged pistons and a nitrided and balanced crankshaft, breathing through twin Weber 45 DCOE carburettors. A Salisbury limited-slip differential was fitted together with replica Minilite alloys. (A full specification sheet is available on request ).

The car's first competitive event was the Pirelli Classic Marathon with in excess of thirty years in Motorsport to follow, including the 1993 Charrington Historic driven by Roger Clark and the 1994 Clumber Rally driven by Tony Dron, numerous club, national and international events, Le Jog and three Lombard Endurance Rallies in 2005, '06, and '07 and more recently the 2018 Rallye Monte Carlo Historique and Lombard Bath Rally in the hands of Peter Scott. The car has also graced the rally stage at the Goodwood Festival of Speed as well as the cover of the National Classic Motor Show catalogue in 1992!  Now recommissioned by Classic Rally Services in Crowborough including a complete brake overhaul and new calipers.

A comprehensive history file accompanies the ‘4’ including FIVA Identity Cards, HTP Papers dated 2005, continual history from rebuild, invoices from such TR luminaries as TR Enterprises, the Heritage Certificate and numerous magazine articles and features. A very well known and much admired purposeful TR4 with the provenance to back it up. Very sensibly guided at a fraction of the build costs.

You can now book a one-to-one appointment (up to one hour) to view this lot at our central location Monday to Friday between Thursday 29th October - 12th November. Please contact Charles on 07421 007866/charles@silverstoneauctions.com to secure your appointment or to discuss the car in more detail. The health and safety of both our customers and team remain the utmost priority, we are therefore operating to strict COVID-19 guidelines and full instructions for arrival and inspection protocols will be given when making your appointment. 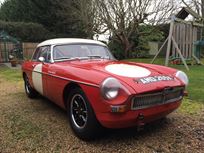 Competitive and much admired car. FIA papers to 2028

‘The Nomad’ is a custom-built, one-of-a-kind, motorhome. designed to accommodate six people.