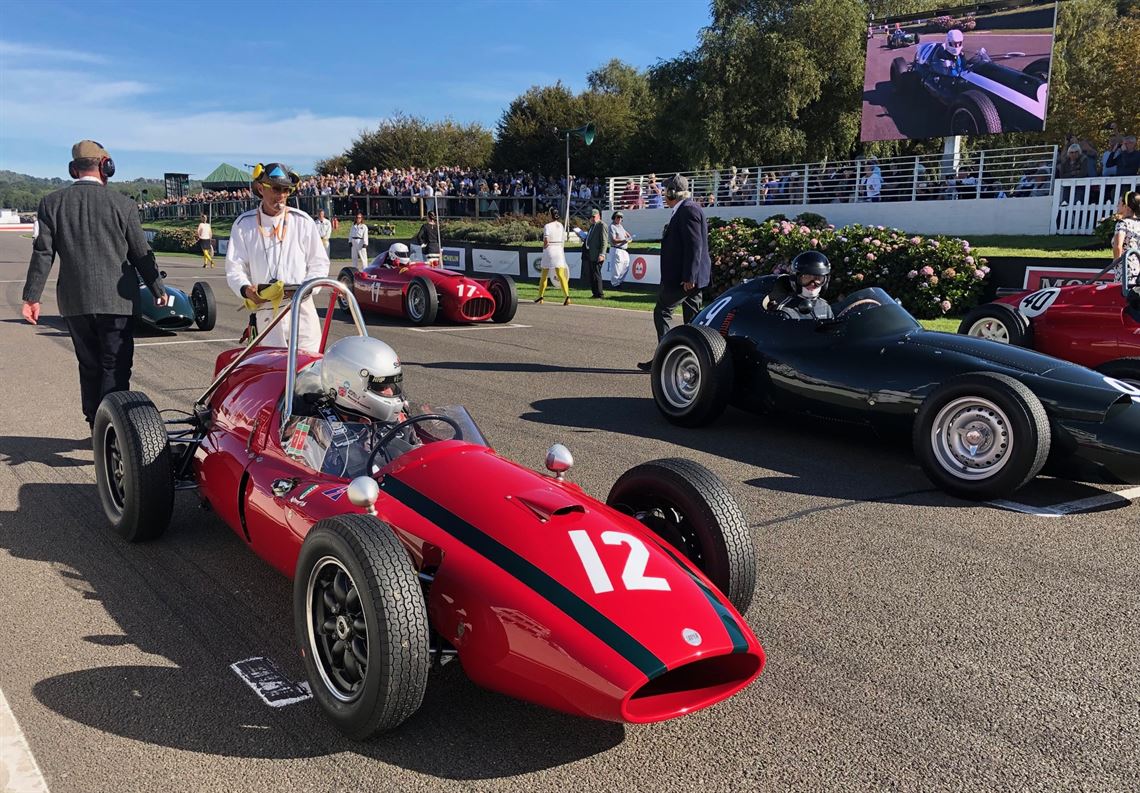 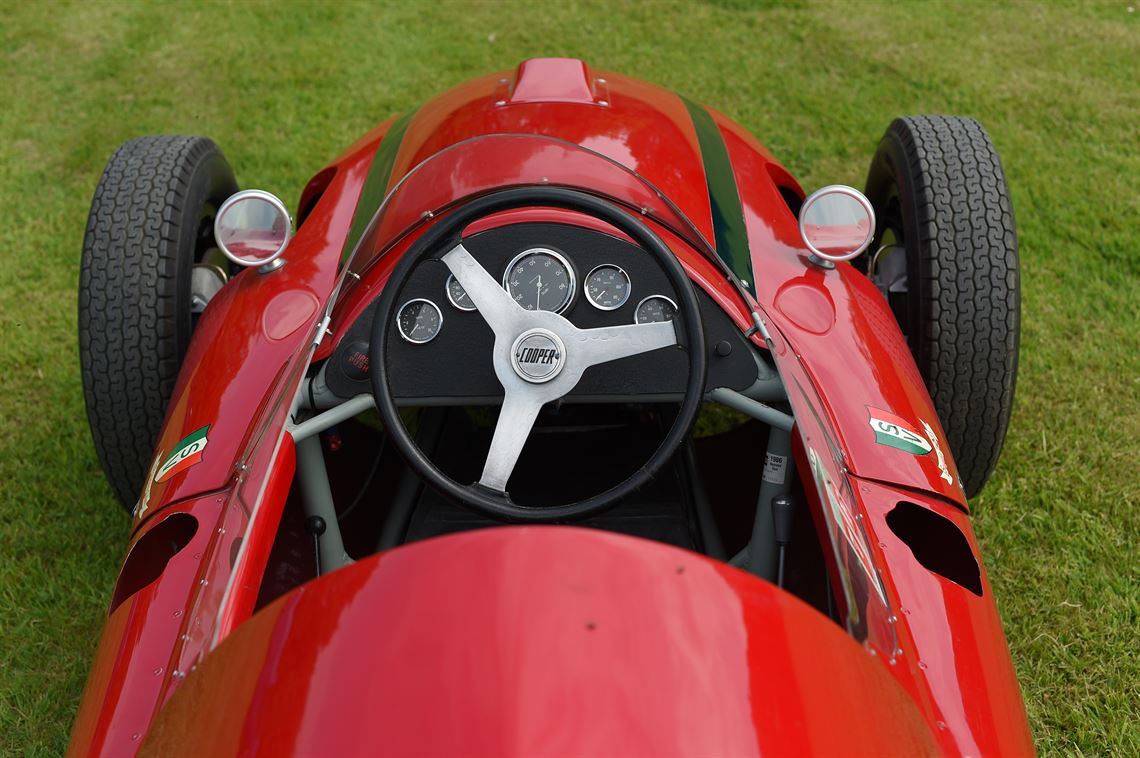 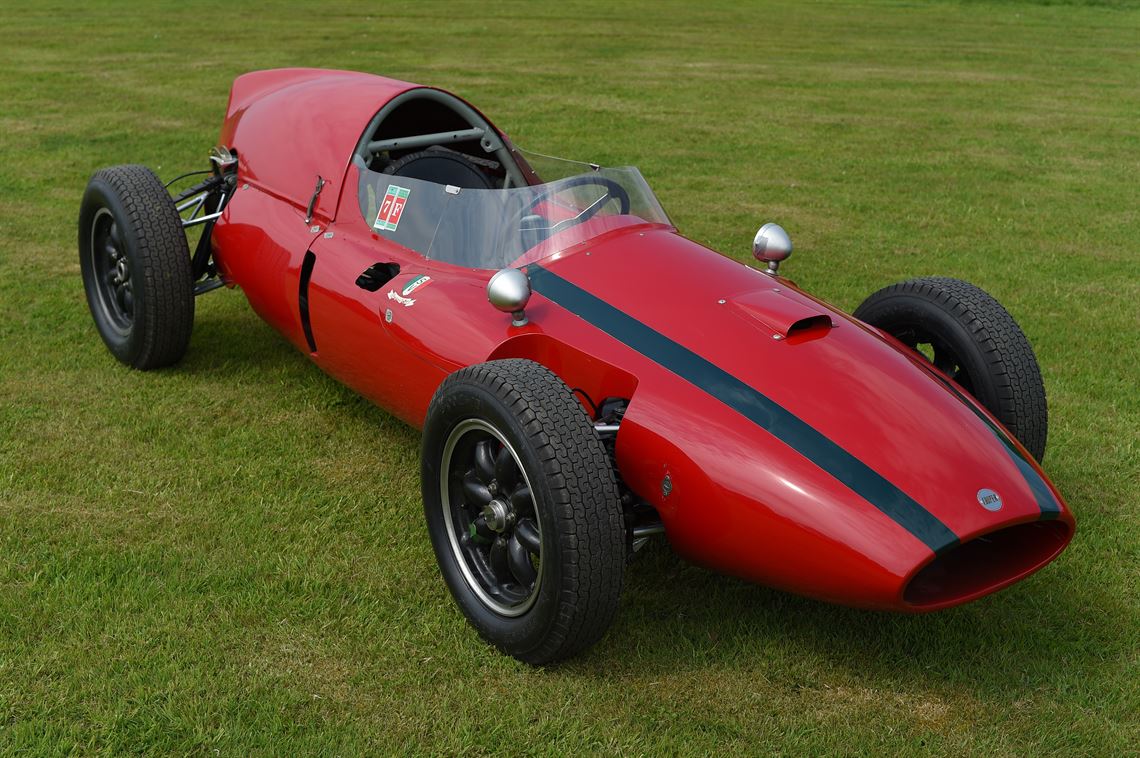 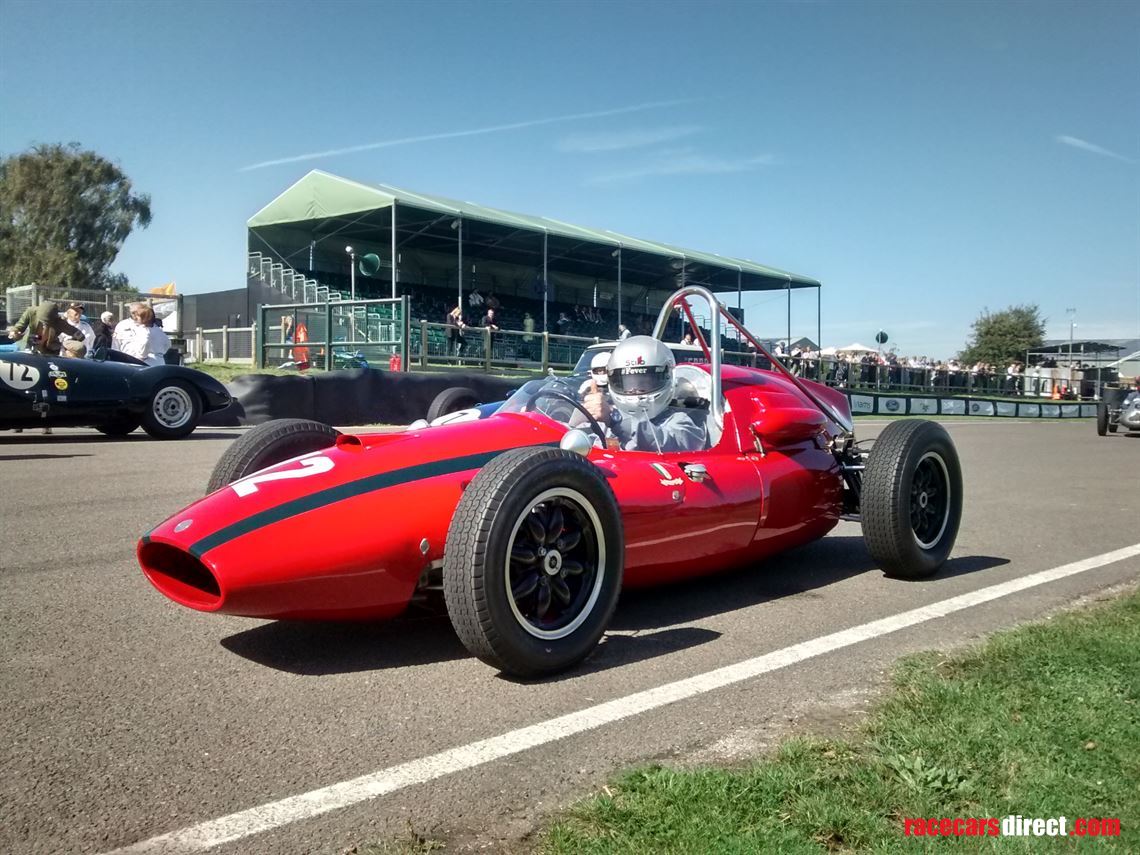 Back in the day, this pretty T51 out handled and outrun front-engined opposition.  Jack Brabham revelled in the road holding and track manners of the T51’s curved tube frame chassis, which clothed its elegantly sleek aluminium body panels and became an all-time favourite of the Australian’s.

This car, chassis FII-9-60, was supplied to Tasmanian John Youl – developer of the Symmons Plains race circuit, near Launceston – in July 1960 with a 2.2-litre climax engine.

In 1961 Youl won both the Southern Tasmanian Road Racing Championship, Longford, Australia and the Tasmanian Hill climb Championship,  in its red and green livery of David McKay’s Scuderia Veloce.

In 1962, the T51 was sold to Tasmanian Jack Hobden, who set best time of day on his debut in the Hillwood Hill climb. In ’66, Bob Curran bought the car, and kept until 1970.  Ray Delaney became the new owner in 1983 and had it stunningly restored in the

The car is currently being re-commissioned and will be supplied with new HTP papers.

FII/9/60 will continue to be a force in historic racing and, due to its distinctive livery, widely admired wherever it appears for years to come. For connoisseurs of Australian – particularly Tasmanian – racing history, a wonderful old warhorse welcome at premium events anywhere in the world.

Raced in period by Hill, Gendebien, Maggs, and Ireland – Jim Clark won in this car!

Tired of missing race footage & asking someone to start the camera for you? Take wired control!