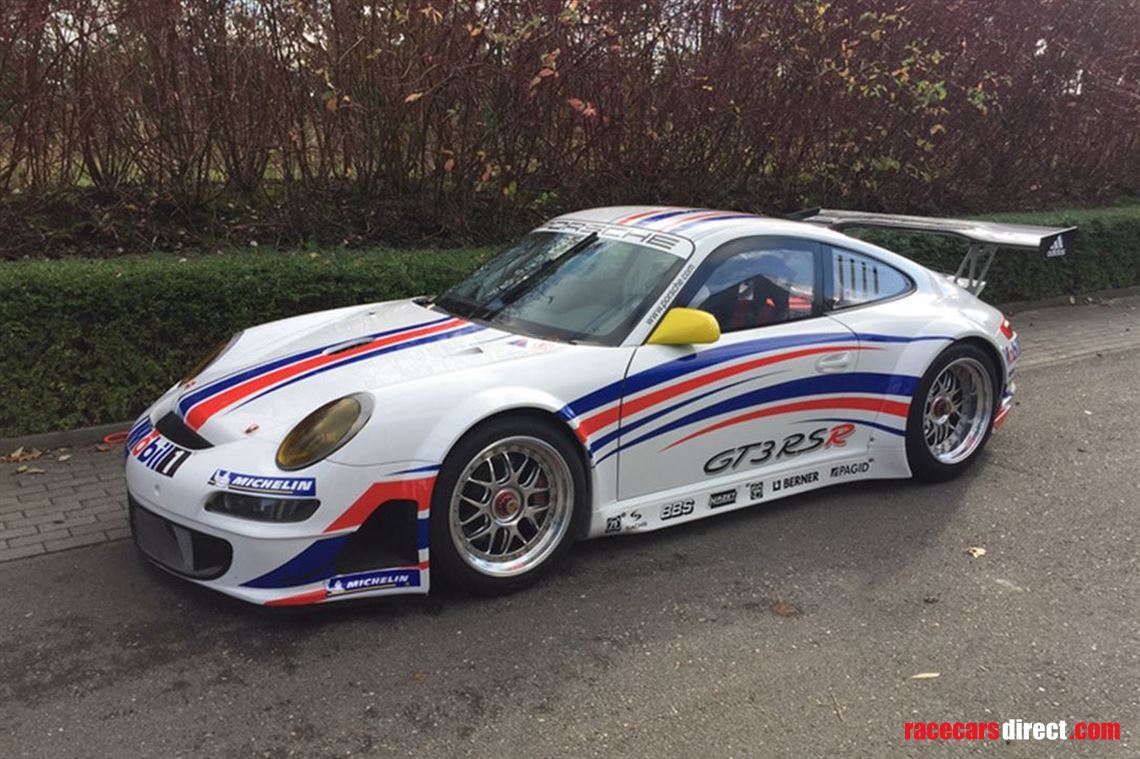 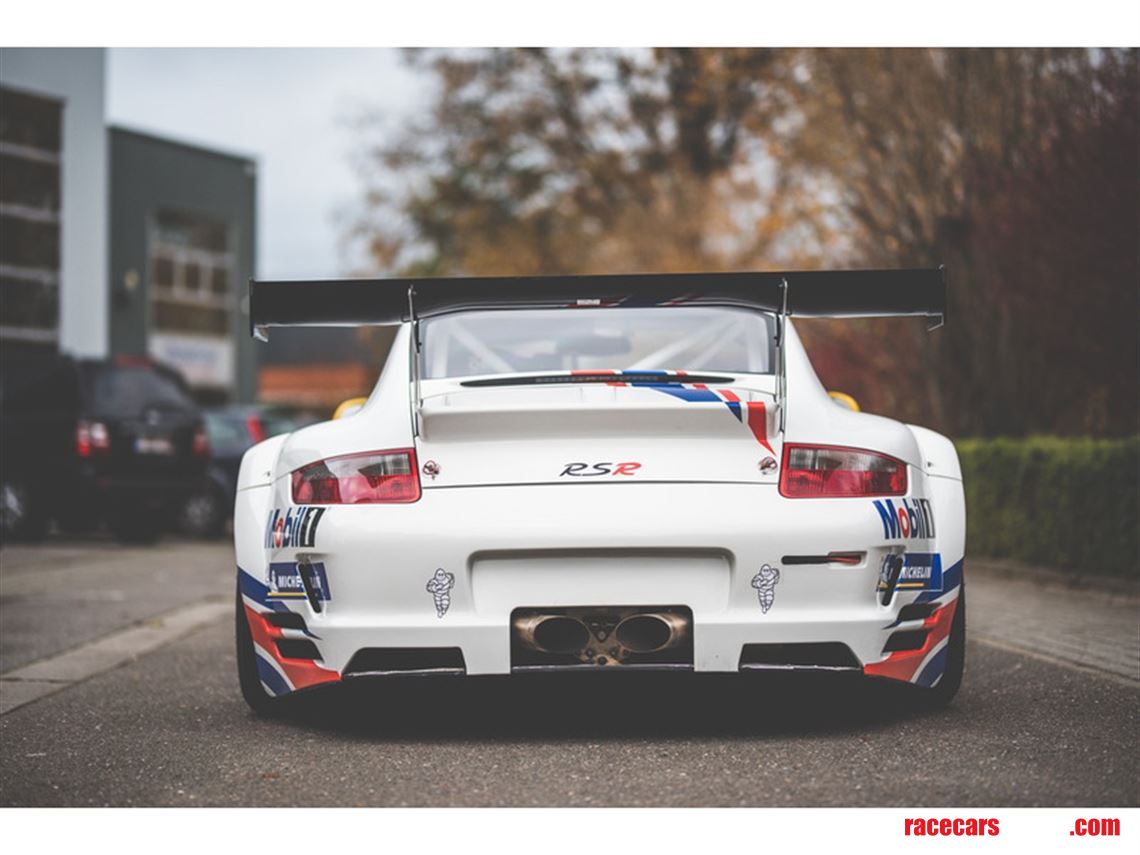 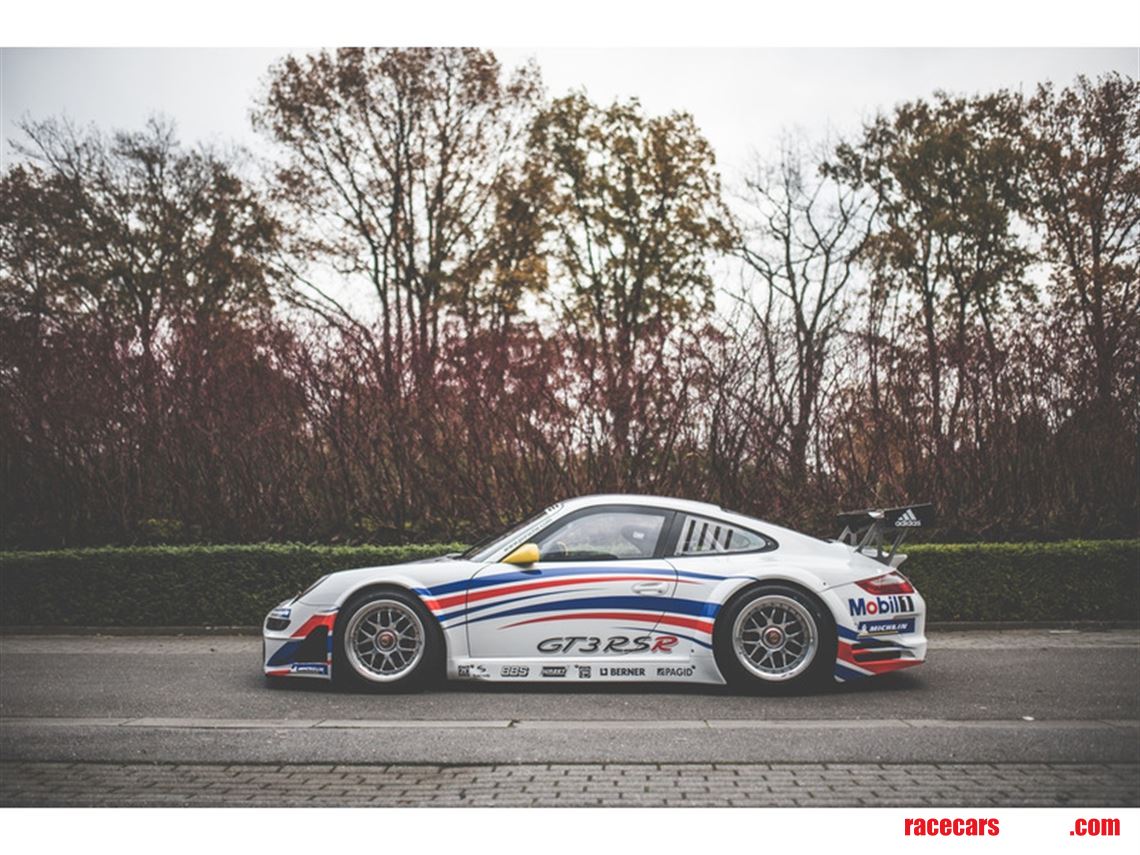 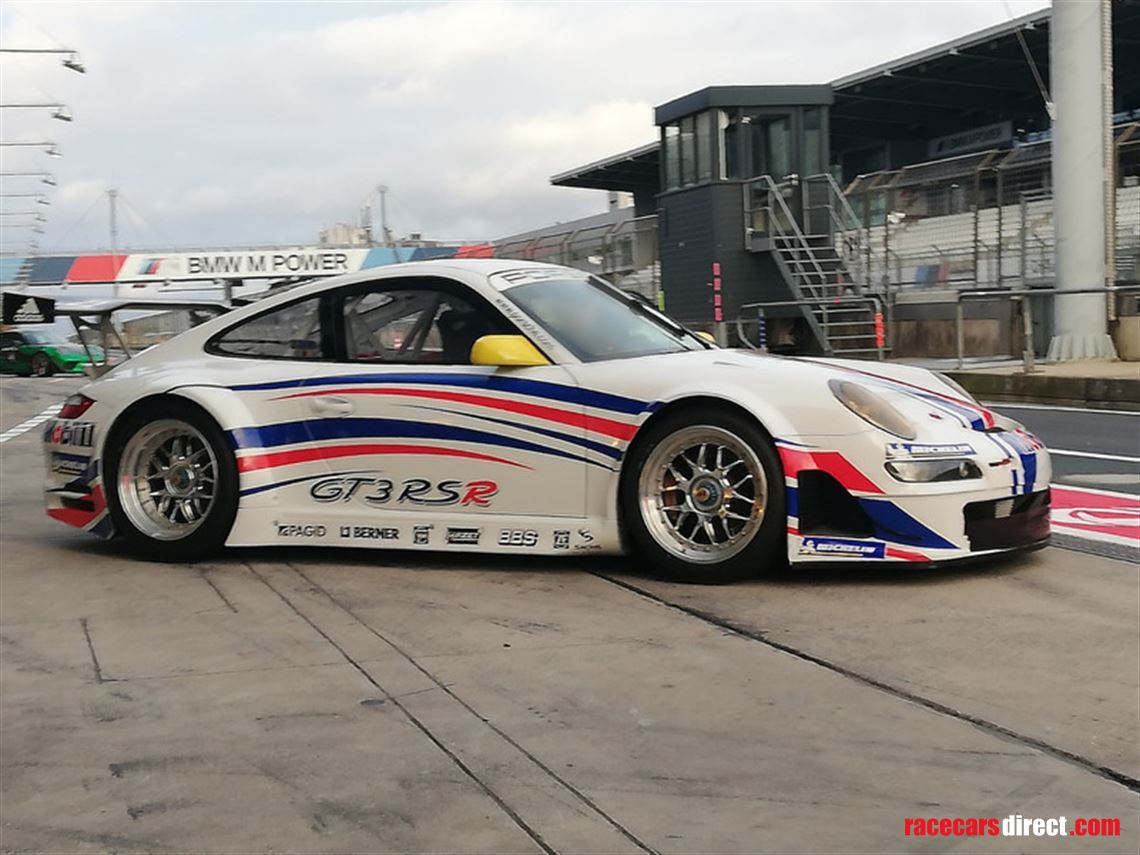 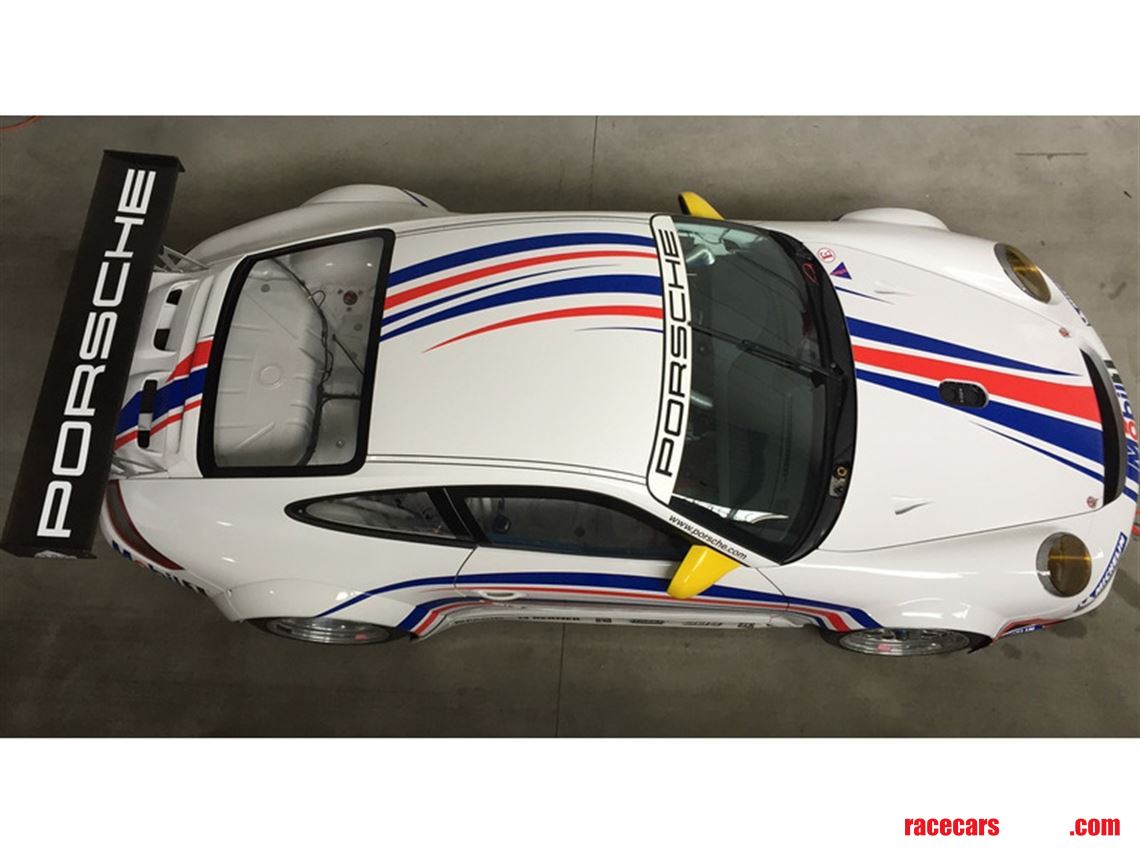 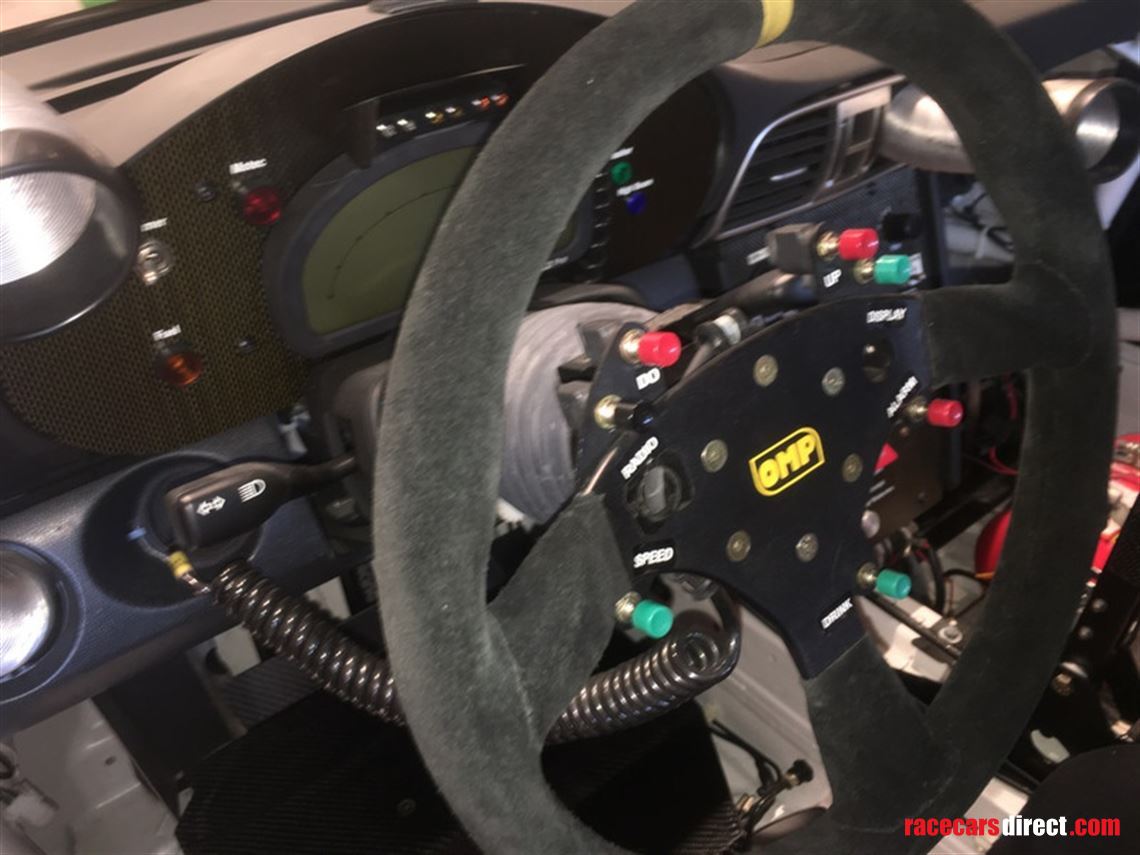 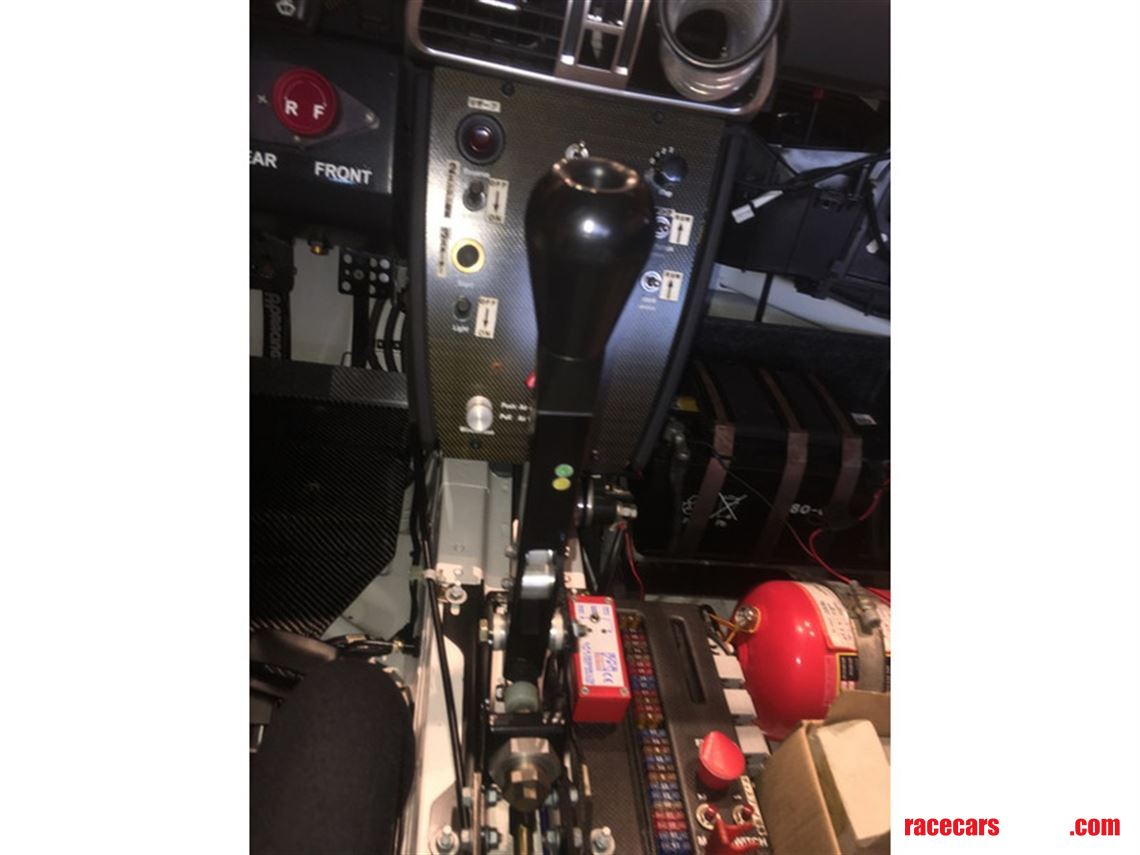 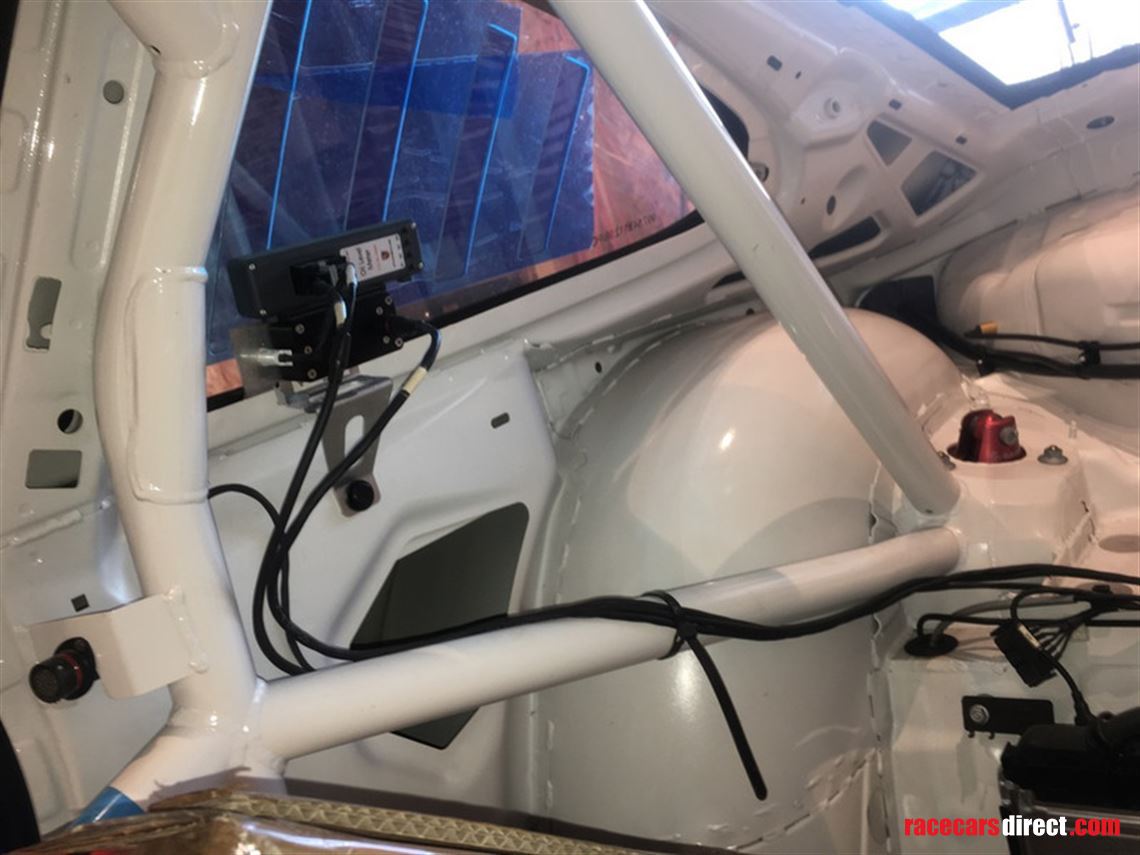 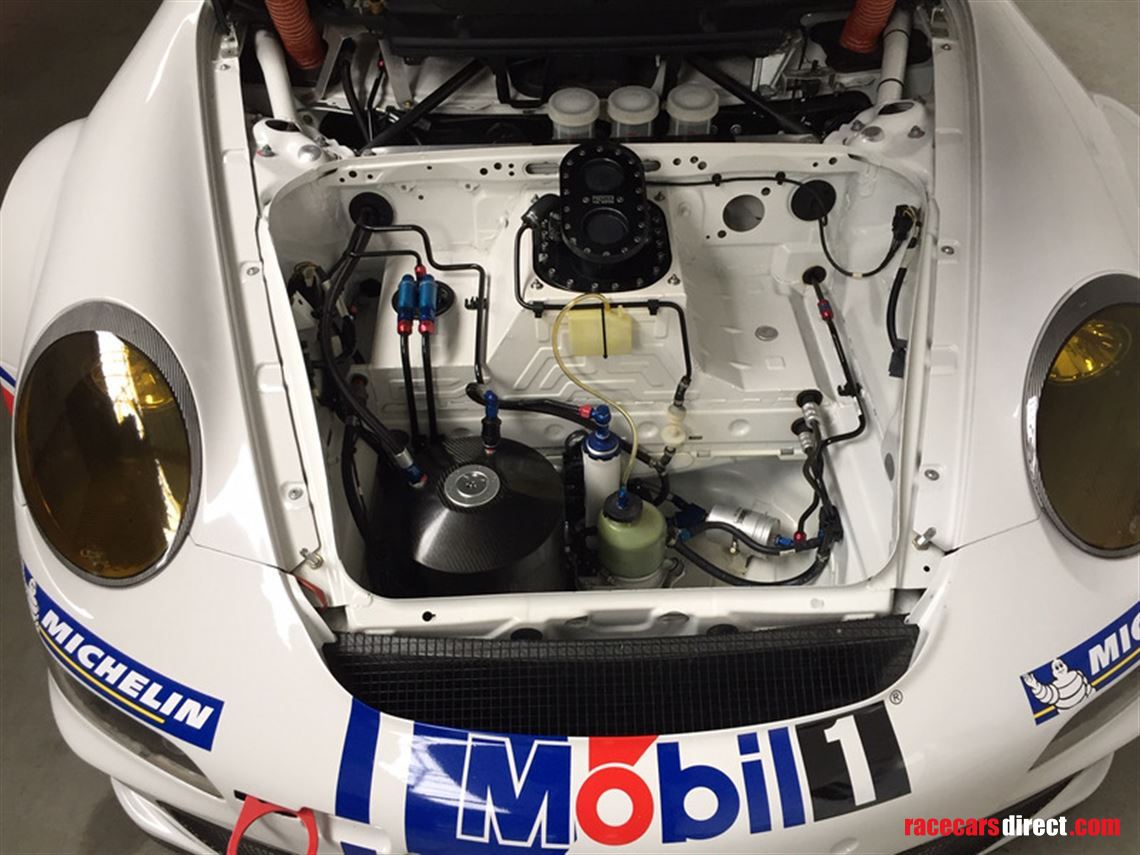 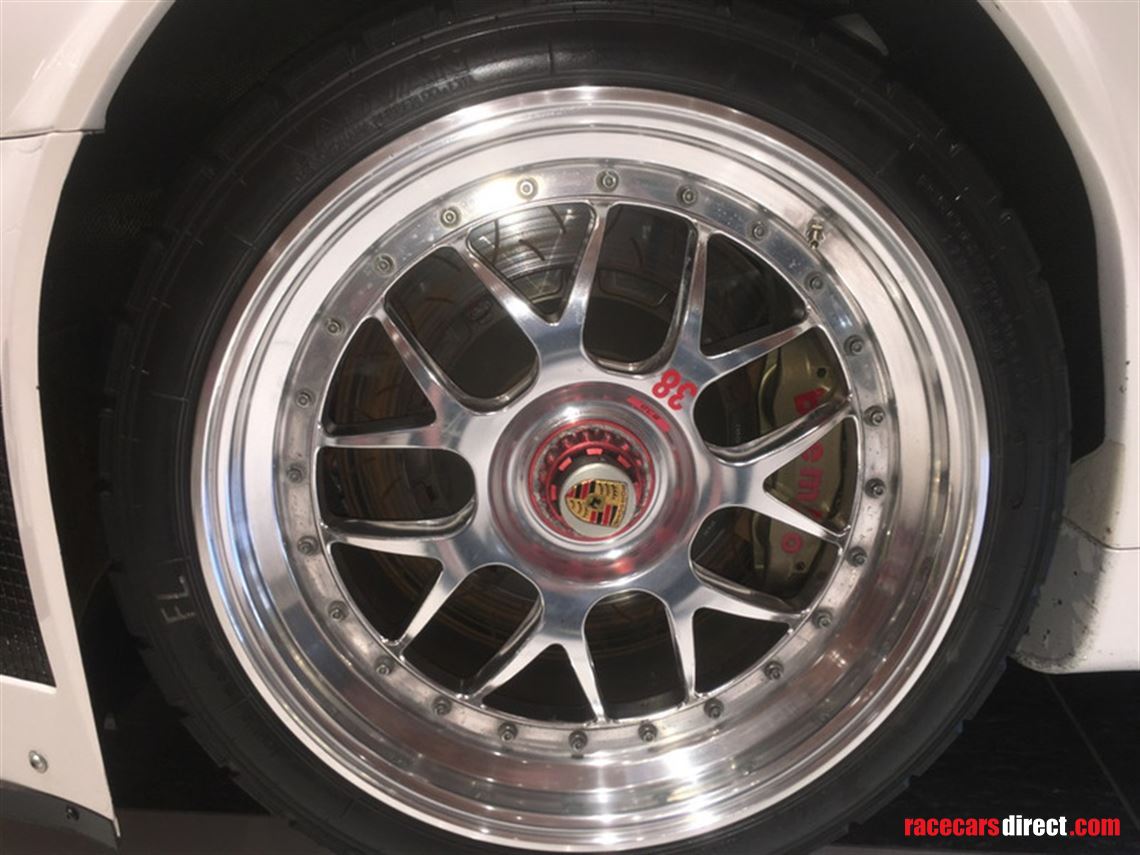 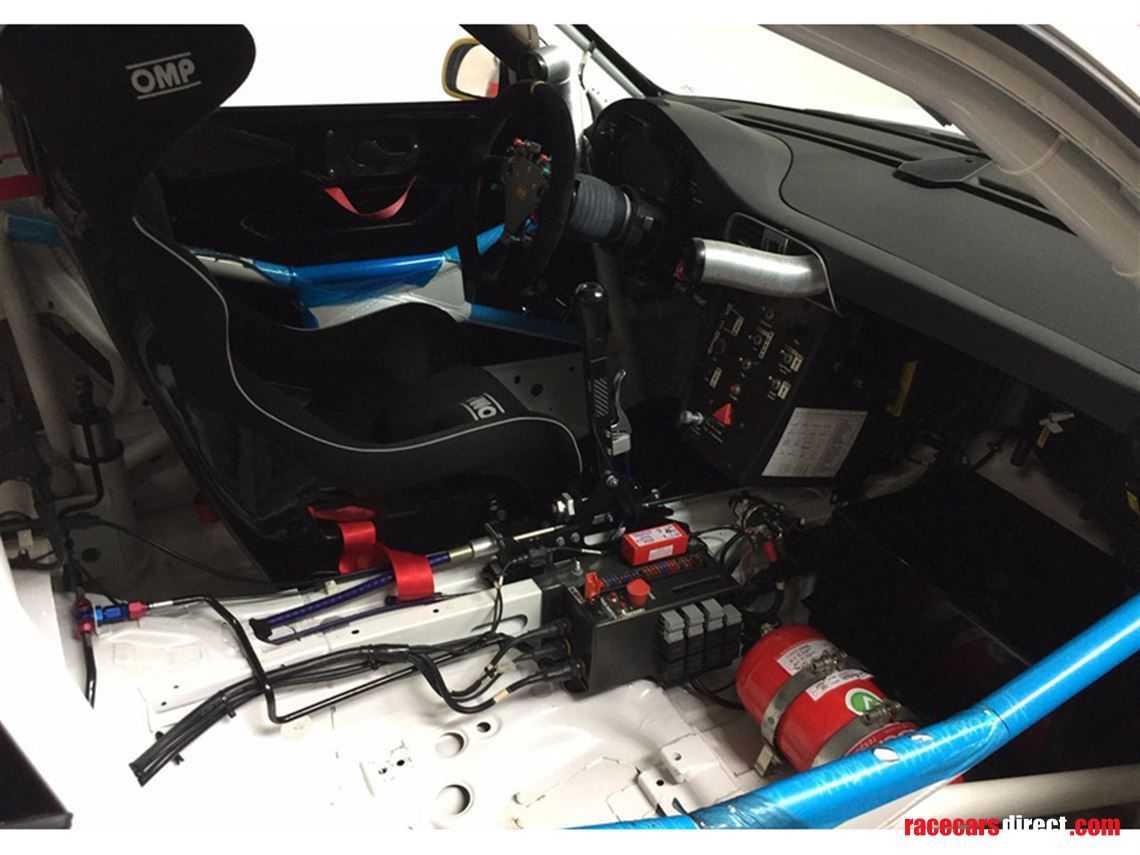 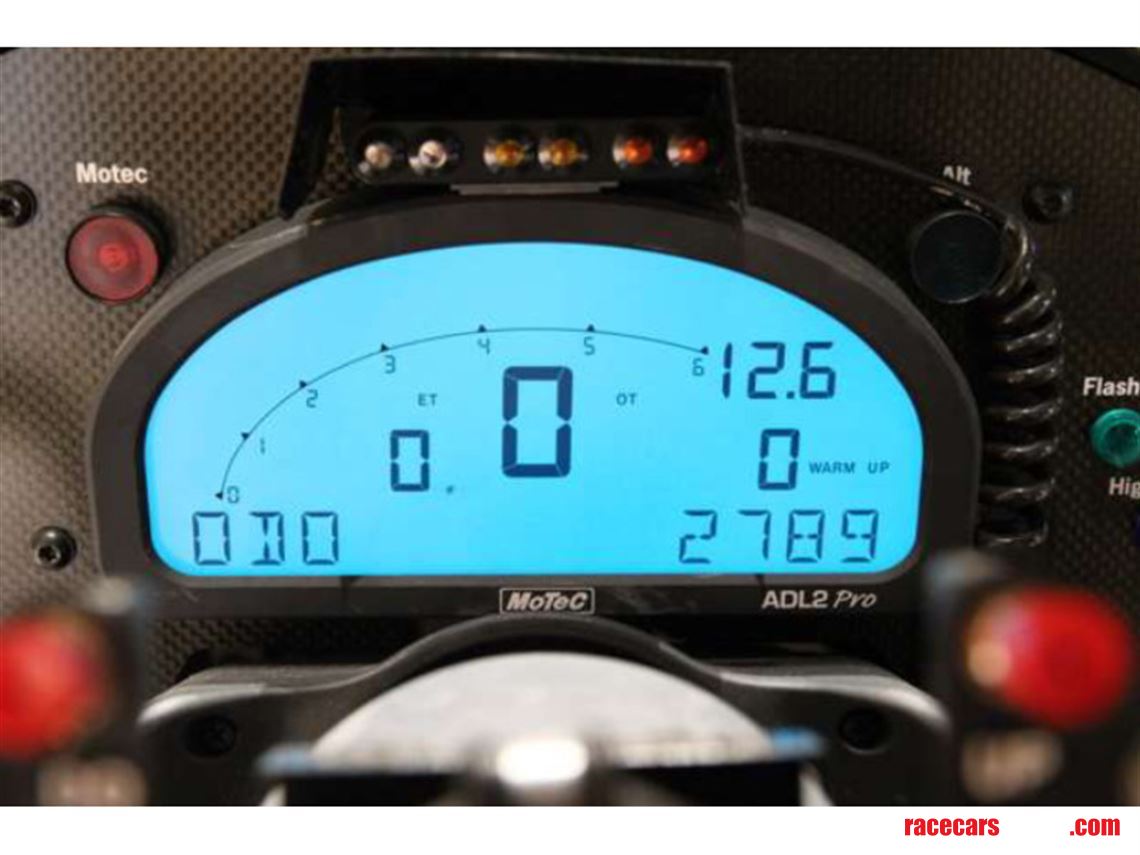 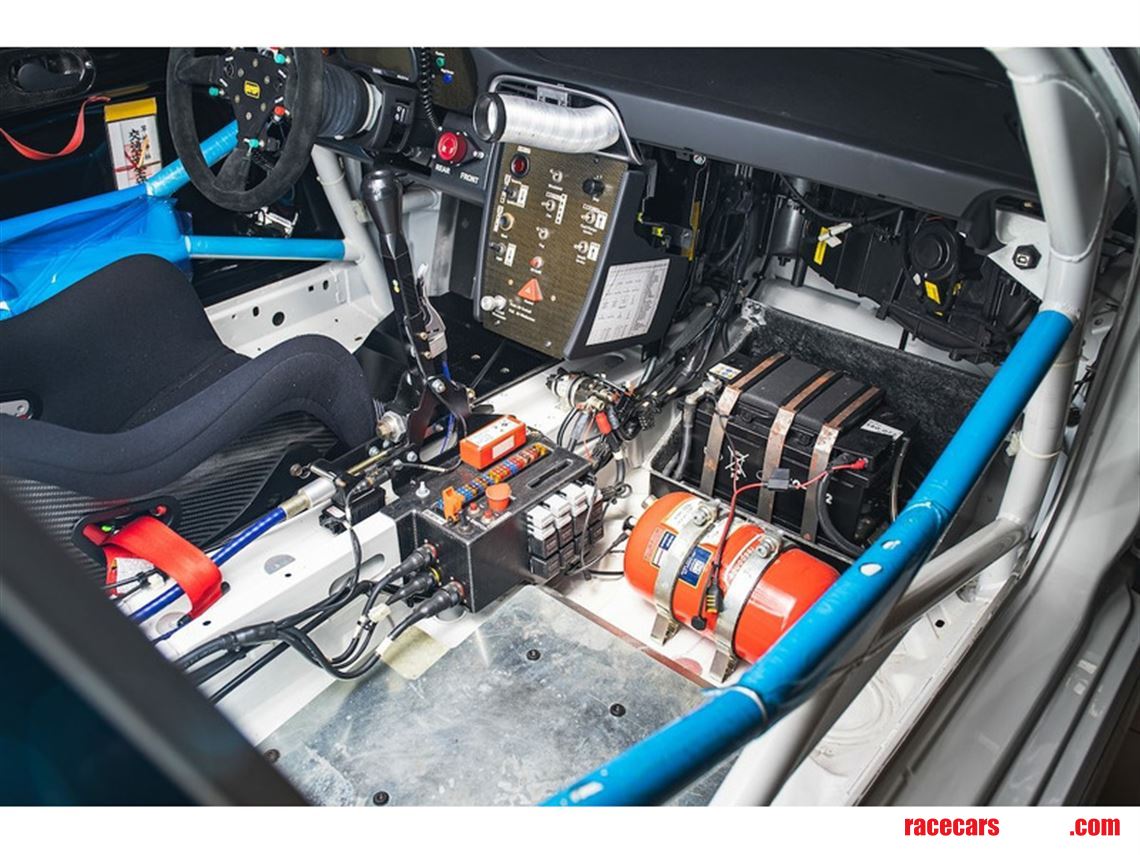 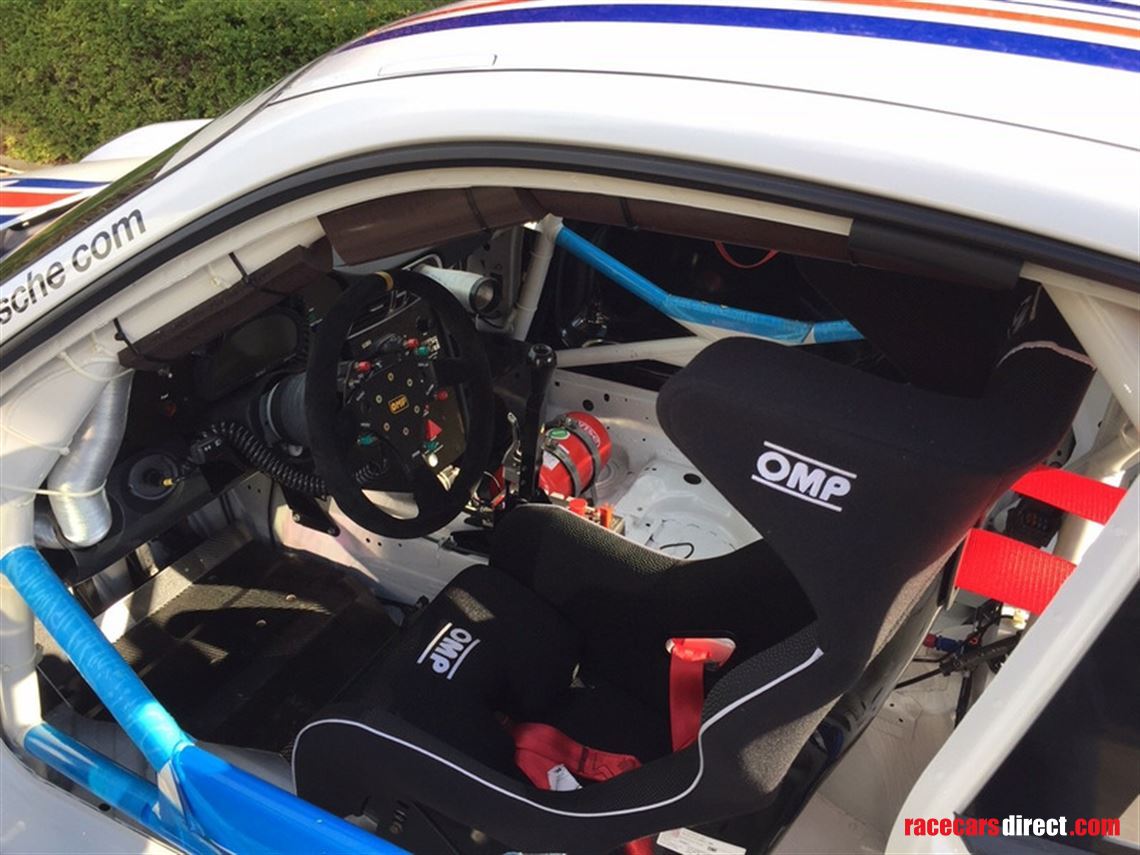 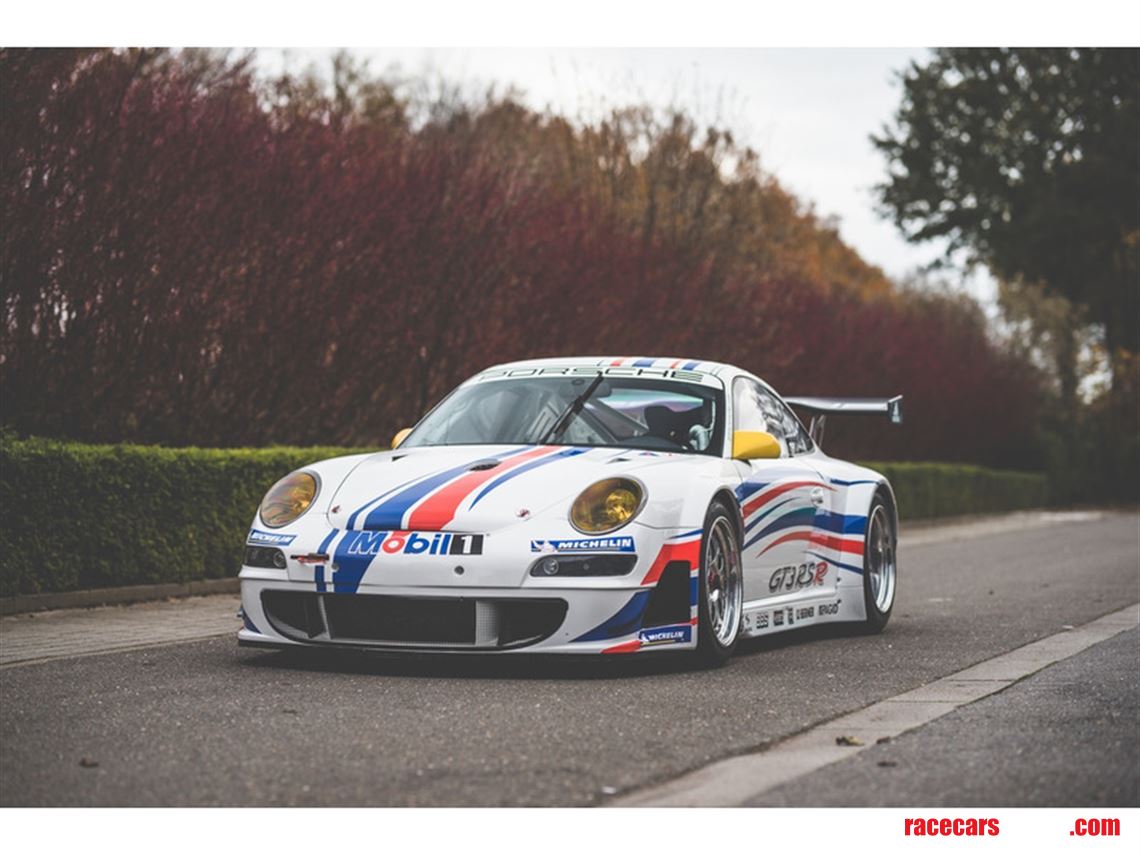 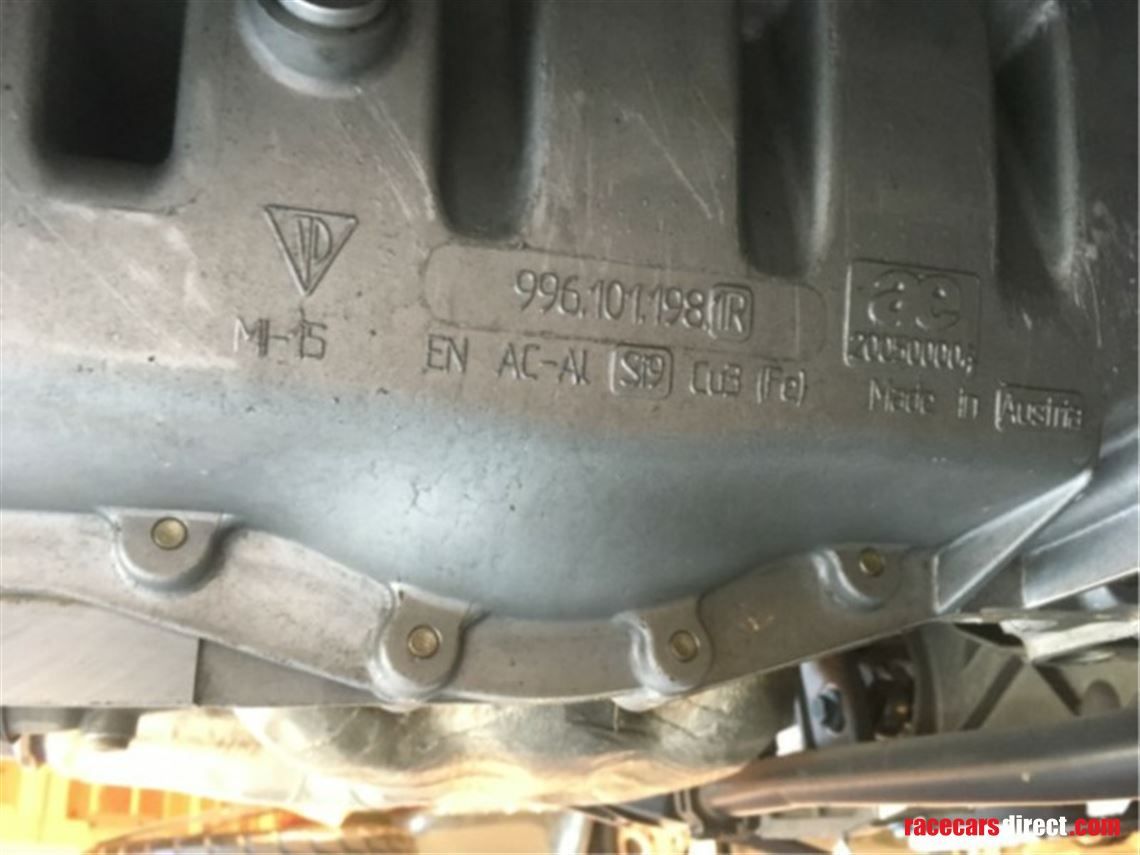 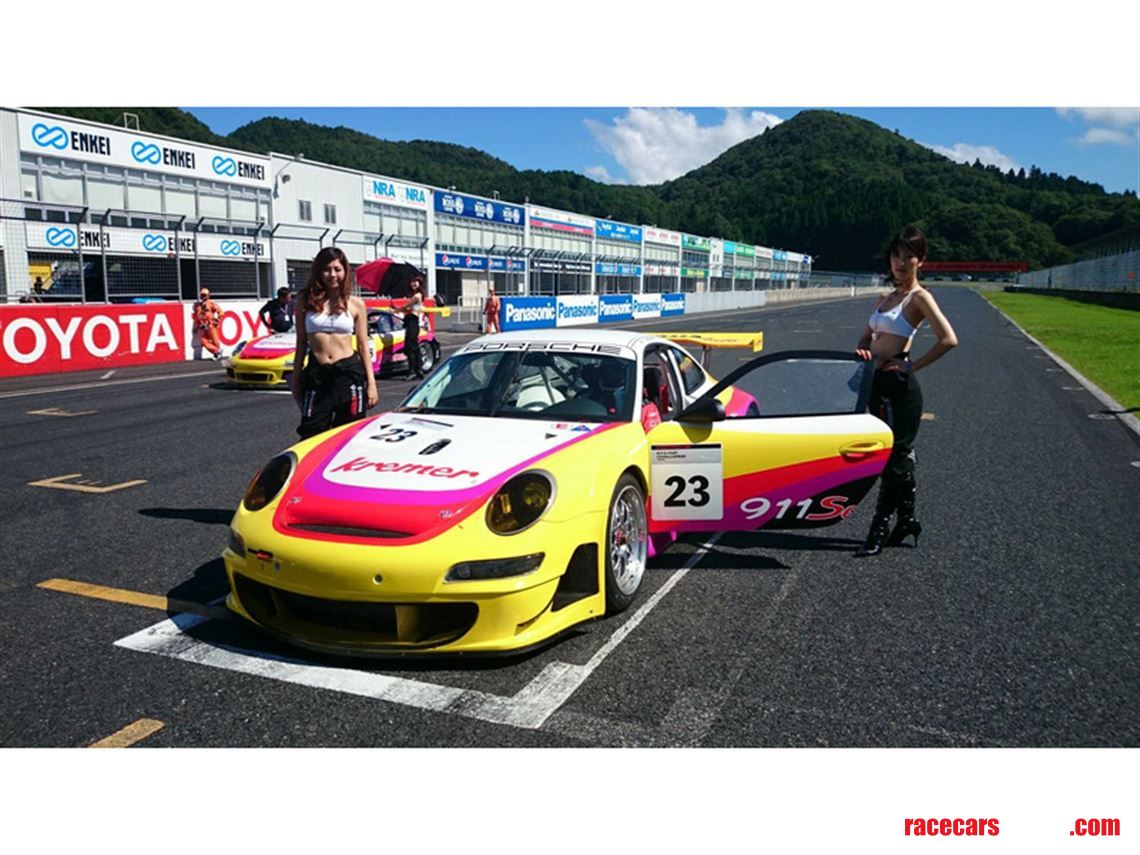 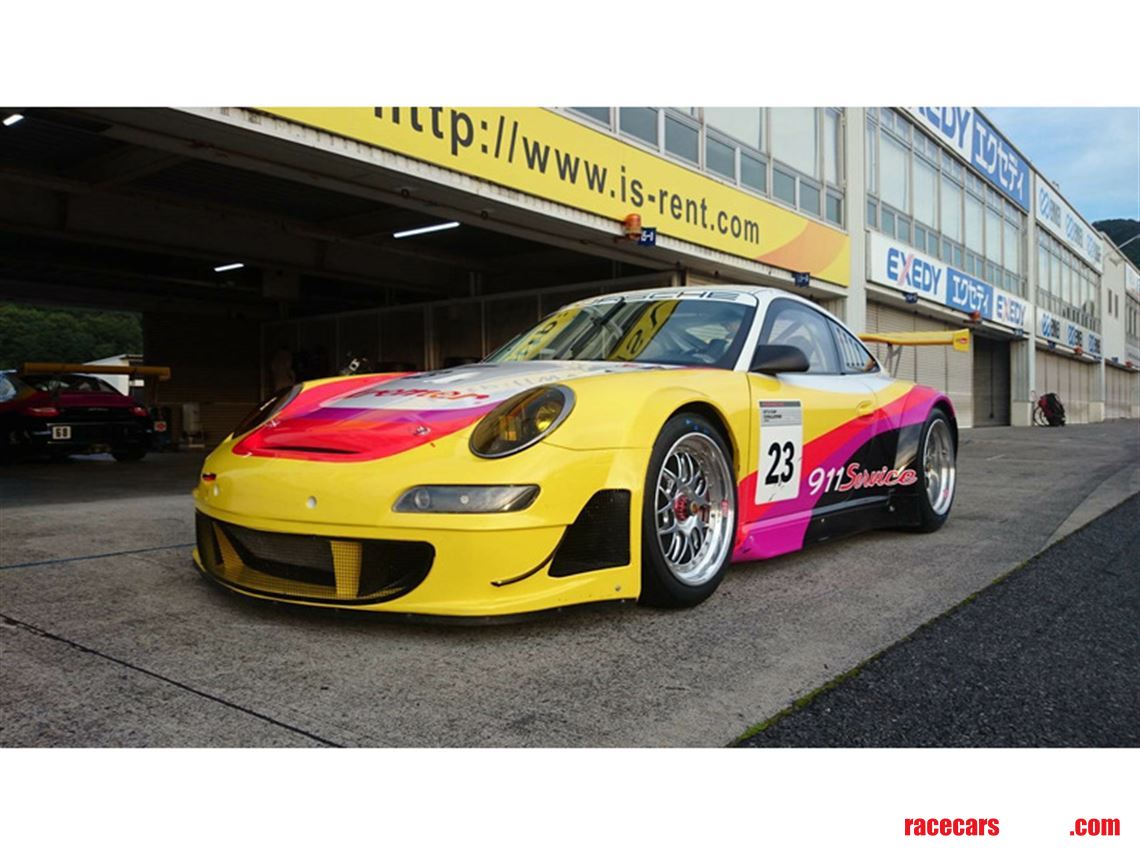 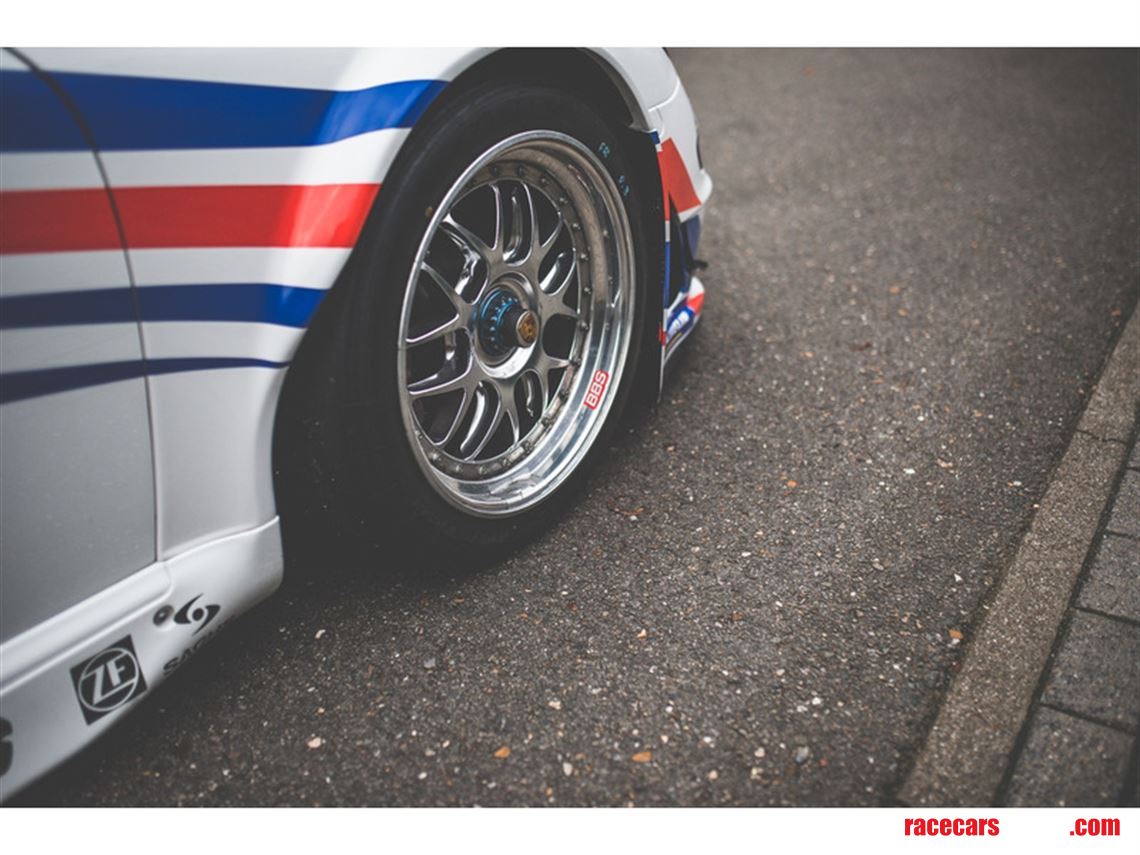 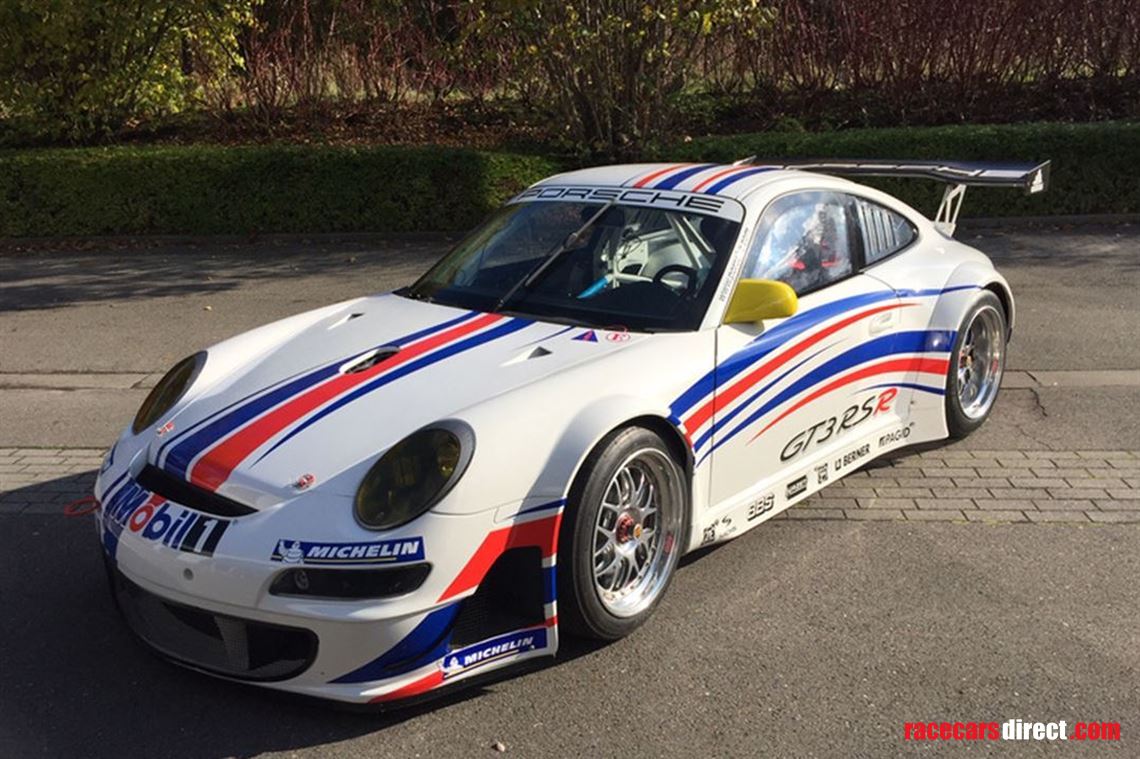 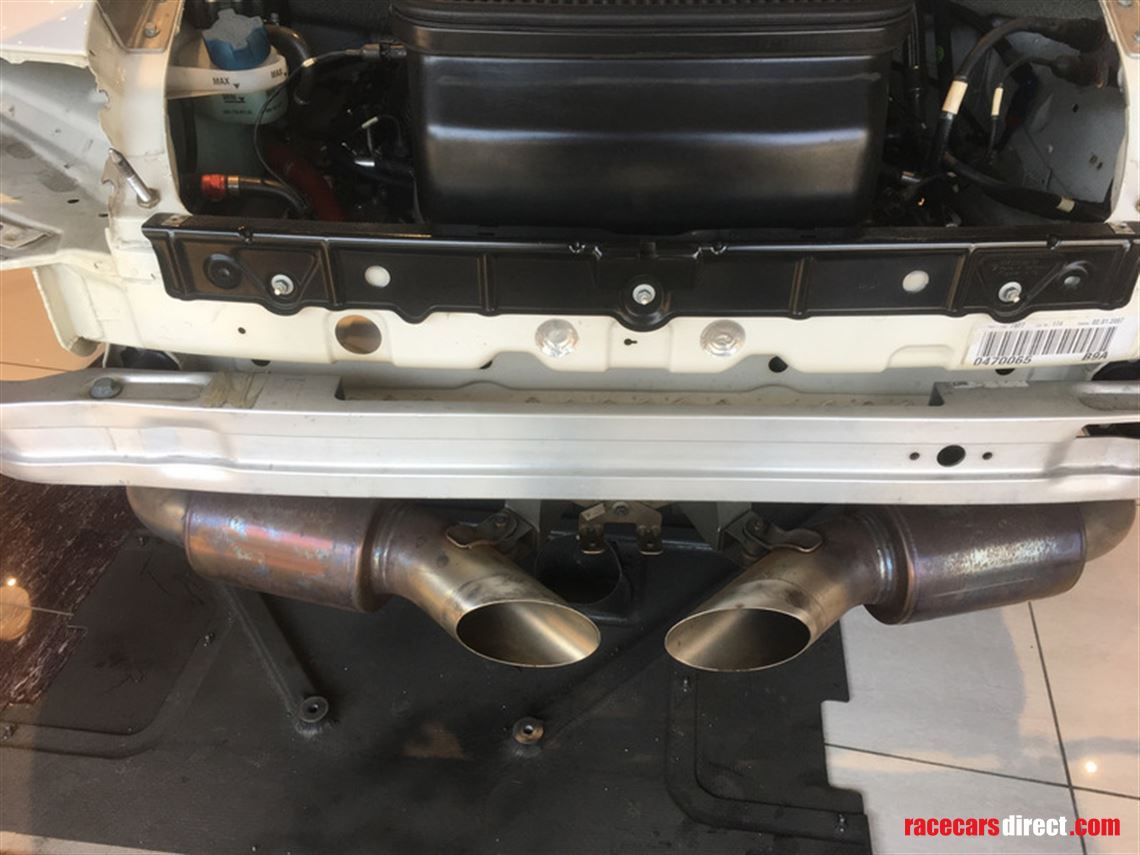 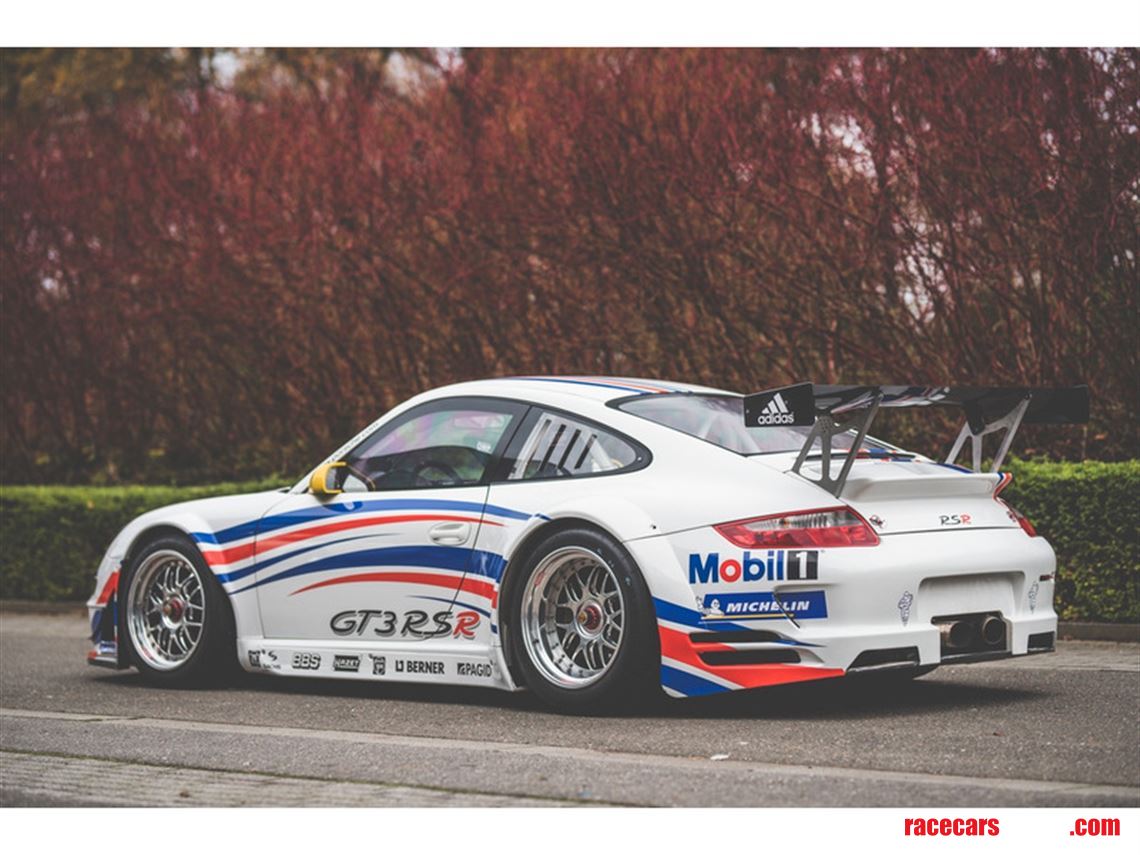 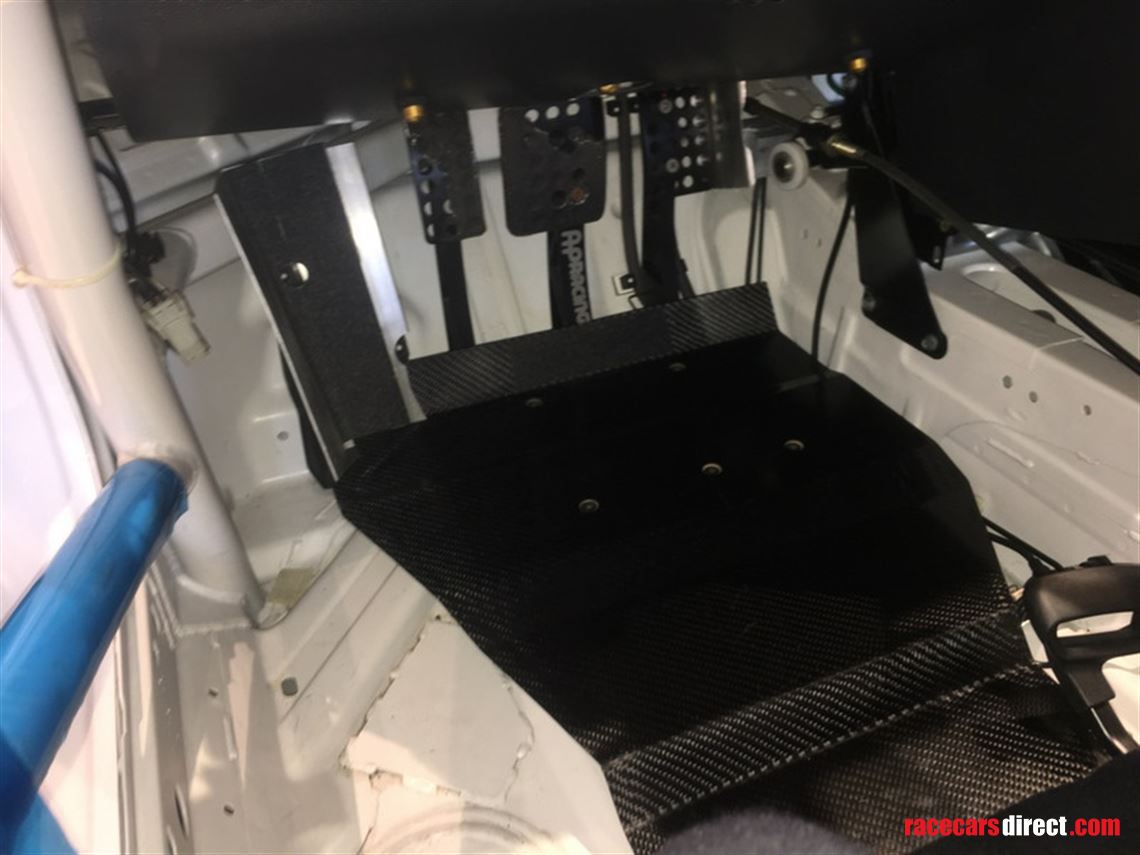 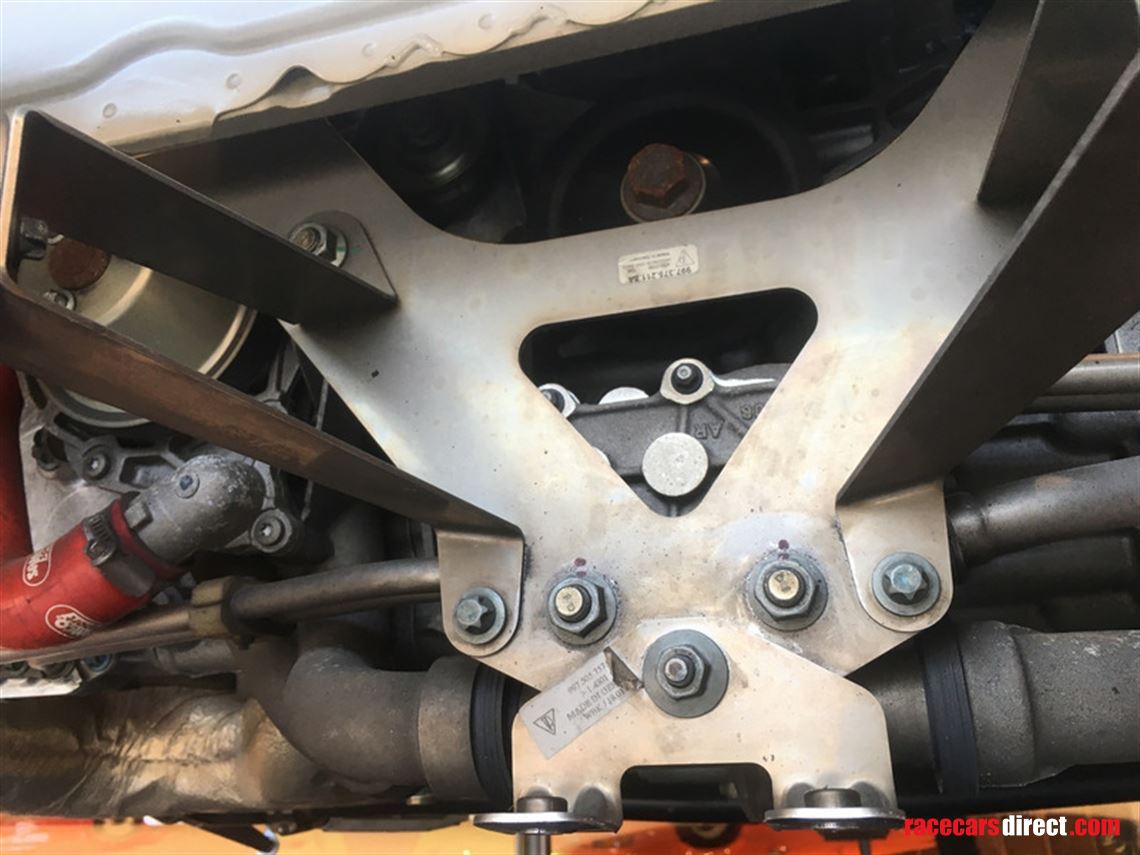 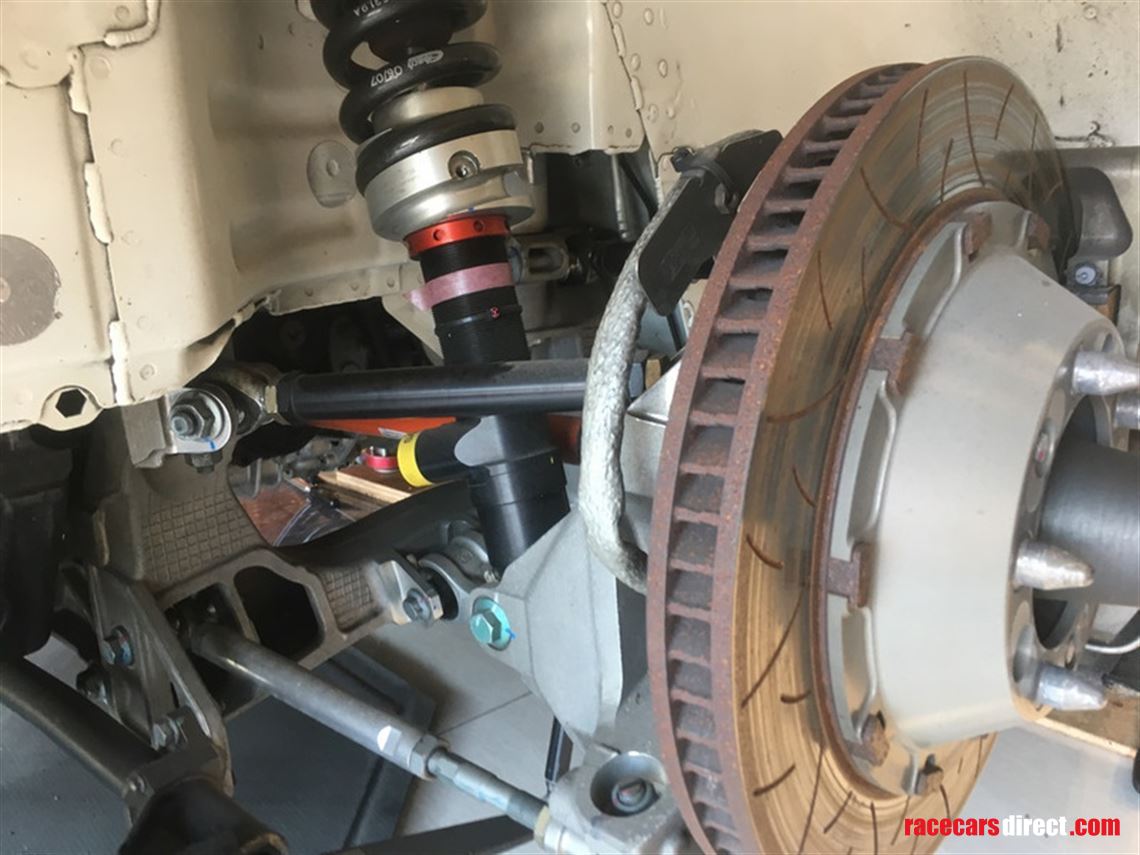 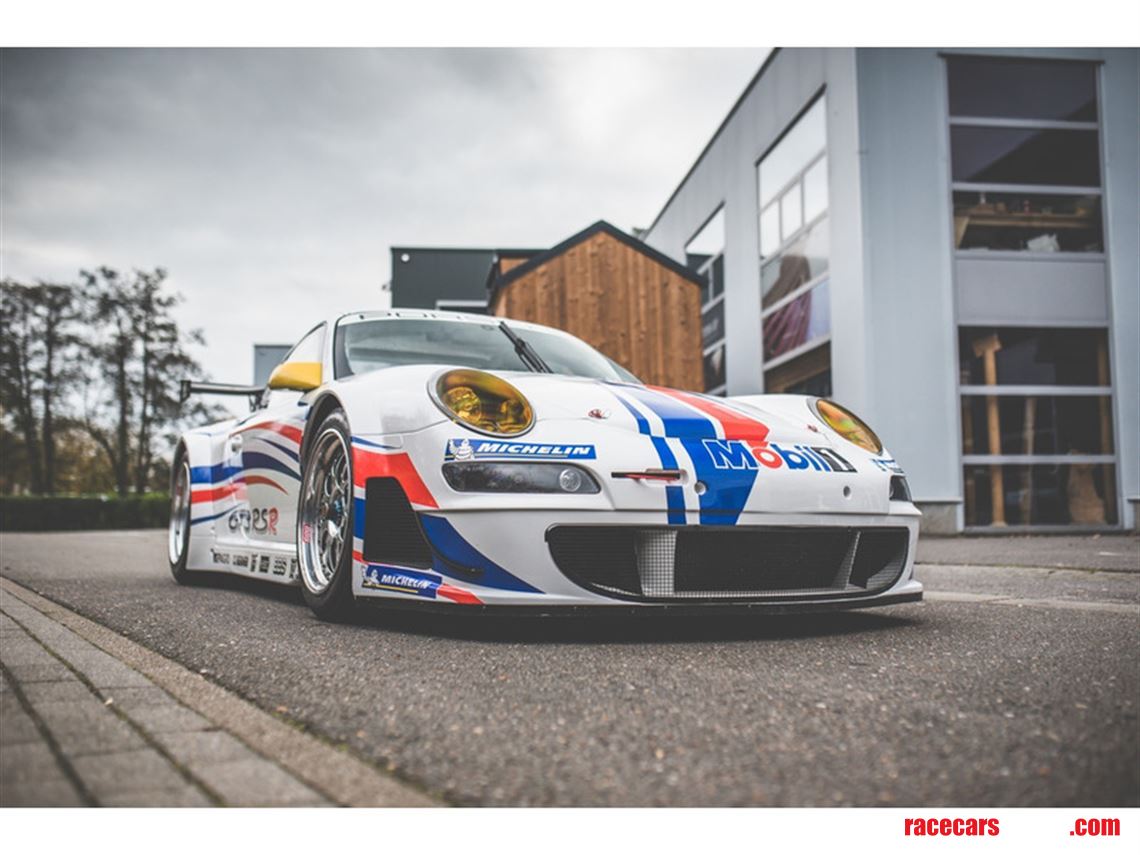 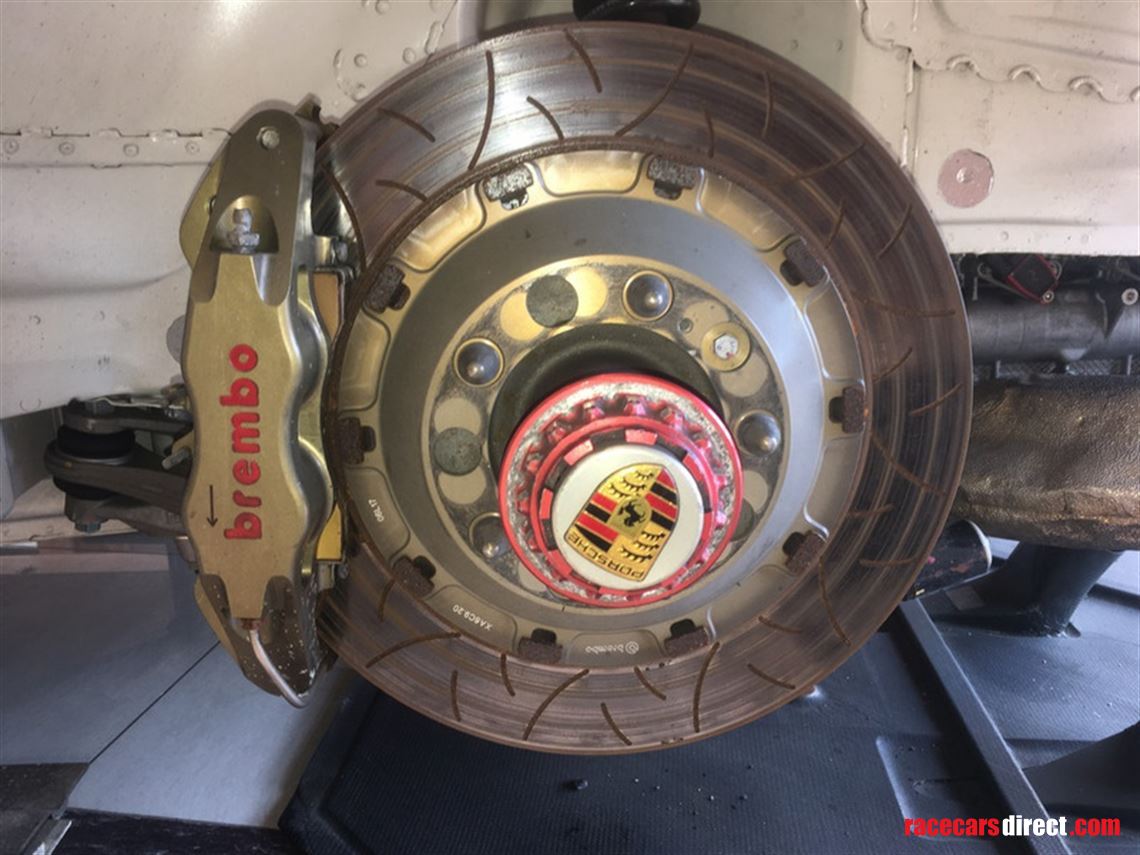 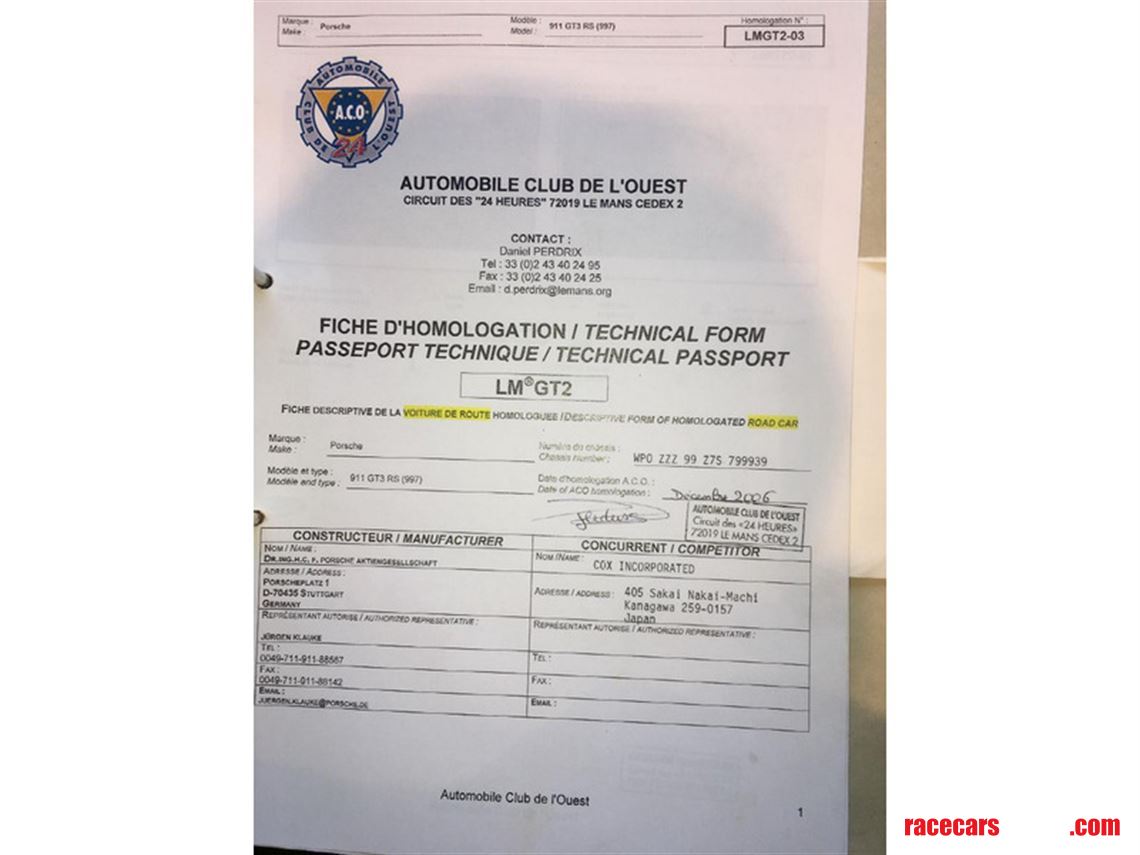 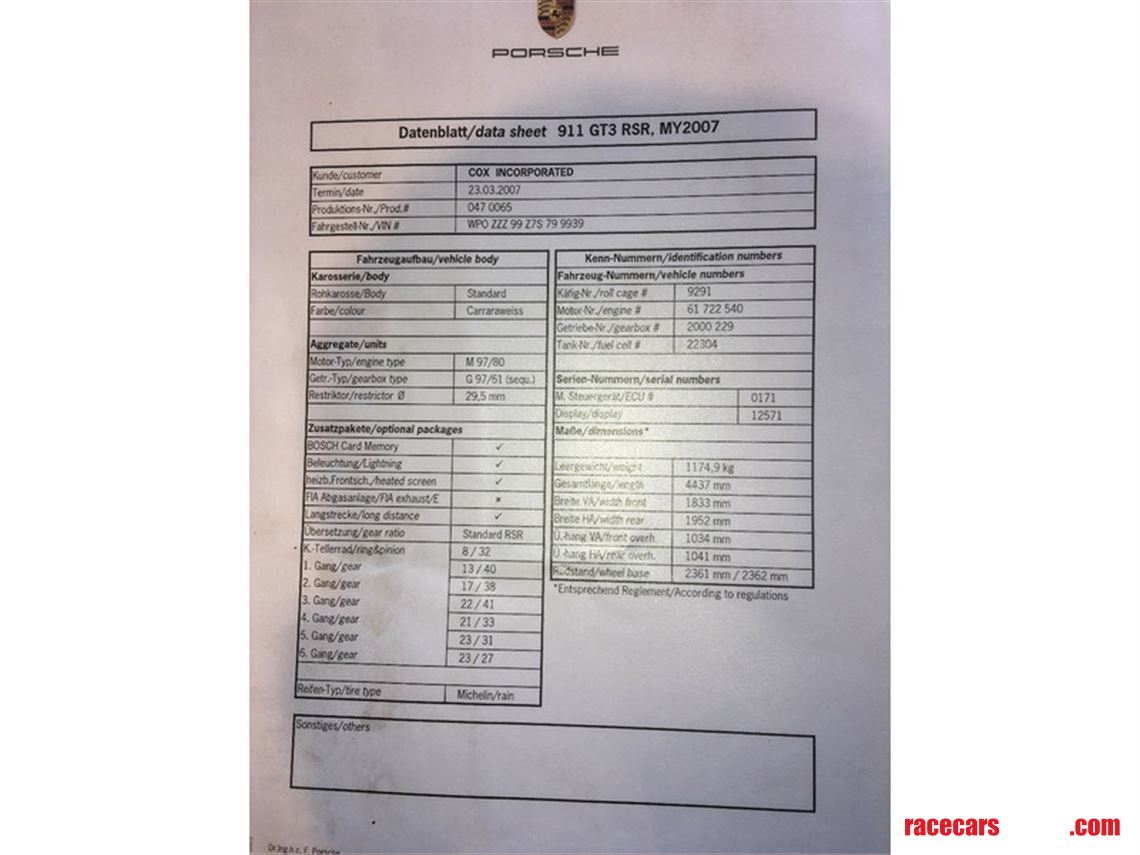 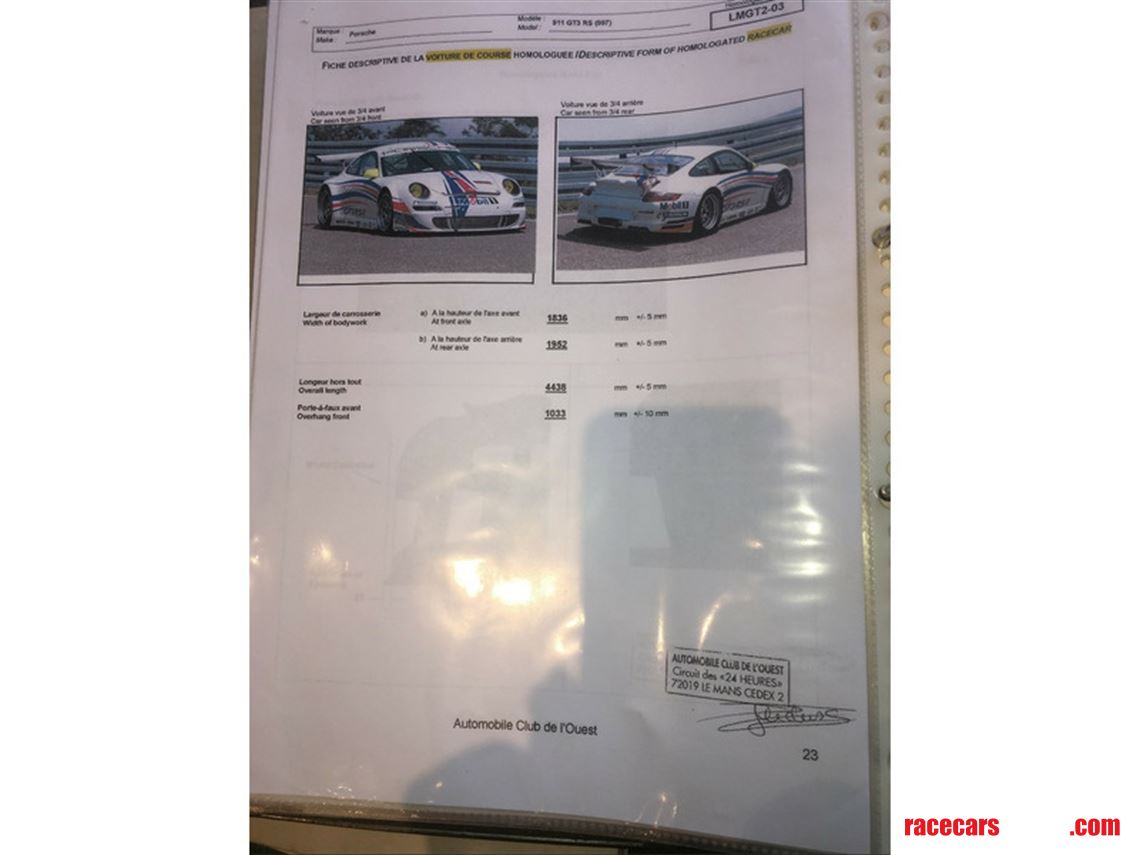 We have the pleasure to offer this beautiful original condition 2007 Porsche 997 RSR for sale.

Somewhat confusing, the full model name contains "GT3" whereas these cars were built to compete in the GTE (GT2) class of the World Endurance Championship (WEC). Designed strictly for competition on the world's most important racing circuits, the Porsche 997 GT3 RSR was introduced by Porsche Motorsport as its top customer racing model in 2007 following in the footsteps of its predecessor, the very successful 996 RSR. With only 98 cars built in the 6 years from 2007 up to 2012, the 997 RSR is a very rare and sought-after ultimate specification Porsche GT racer.

It was sold new by Porsche Motorsport on March 23rd 2007 to Cox Inc. in Japan where it has resided until it was brought back to Europe in August 2020. While in Japan, it has had just two owners from new and - other than a Porsche Challenge Cup race at Okayama - was only used for private track days with protective tape applied. The car has never been accidented or never even been slightly damaged. Another benefit of not having raced is that the car still retains its original shell, engine, gearbox and roll-cage so it is full matching and in immaculate, almost “as new” condition.

Total mileage since a complete overhaul of the engine and gearbox is 2789km corresponding to +/- 18 hours which we can conservatively call “half-life” leaving a good 20 race-hours before its next service.

The car has been freshly stickered in the “2007 Porsche Motorsport factory” livery and has been completely gone through. It is sold in 100% race-ready condition evidenced by a new fuel cell (installed Oct 2020), seat, belts, updated fire system and recent crack test. It has the correct, FIA/ACO approved 29,5mm air restrictors fitted with corresponding engine ECU-mapping and comes with the Bosch engine management software. There is truly nothing further to spend.

Spares include two sets of wheels which are also in as-new condition together with spare bodywork (front and rear bumper, front wings and side spoilers).

This stunning looking GT2-class Porsche 997 RSR is ready for the 2021 season where it can be enjoyed in both Masters’ Aston Martin Endurance Legends (AMEL) as well as in Peter Auto’s Endurance Racing Legends (ERL) while also being eligible for all USA historic race events such as the Daytona 24hr classic.

2021 GT Cup in arguably the most competitive car on the grid; the McLaren GT4.