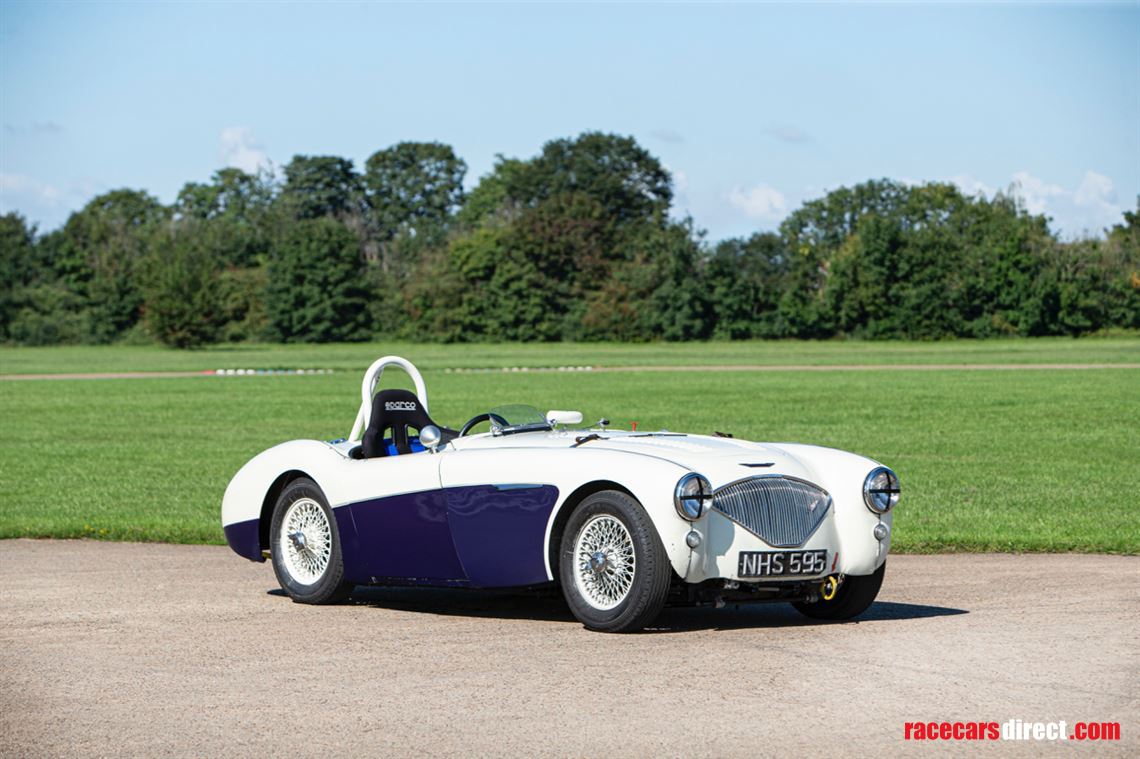 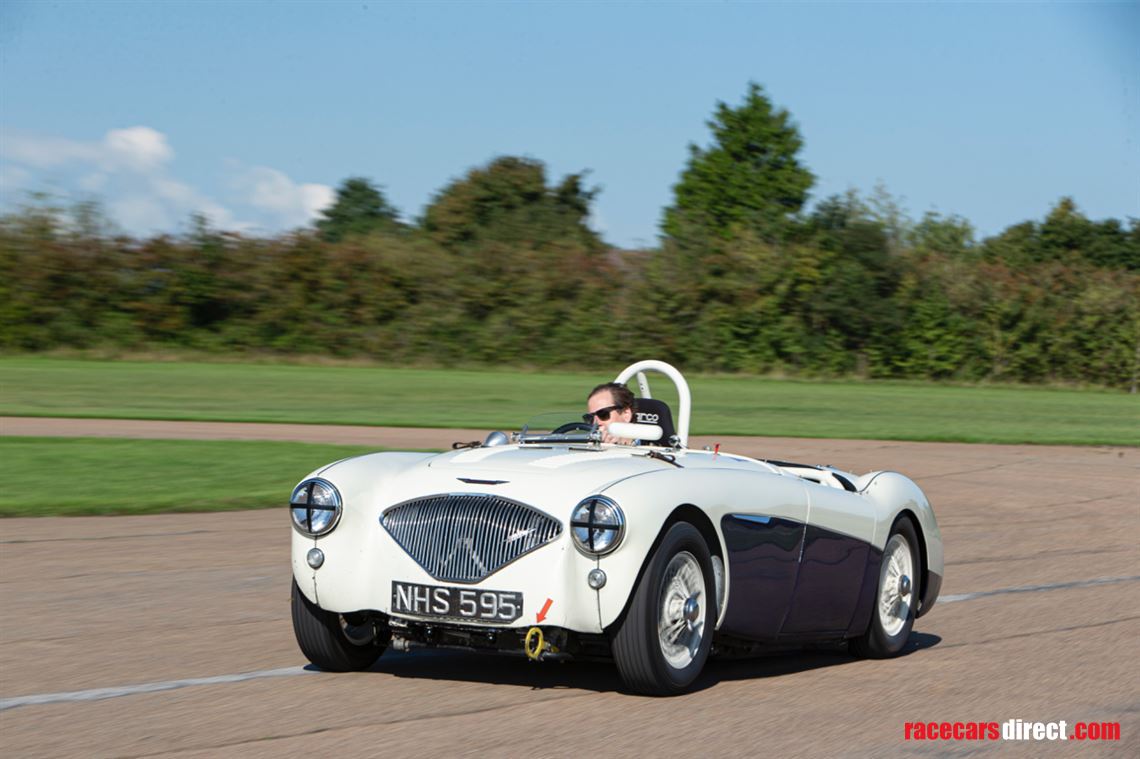 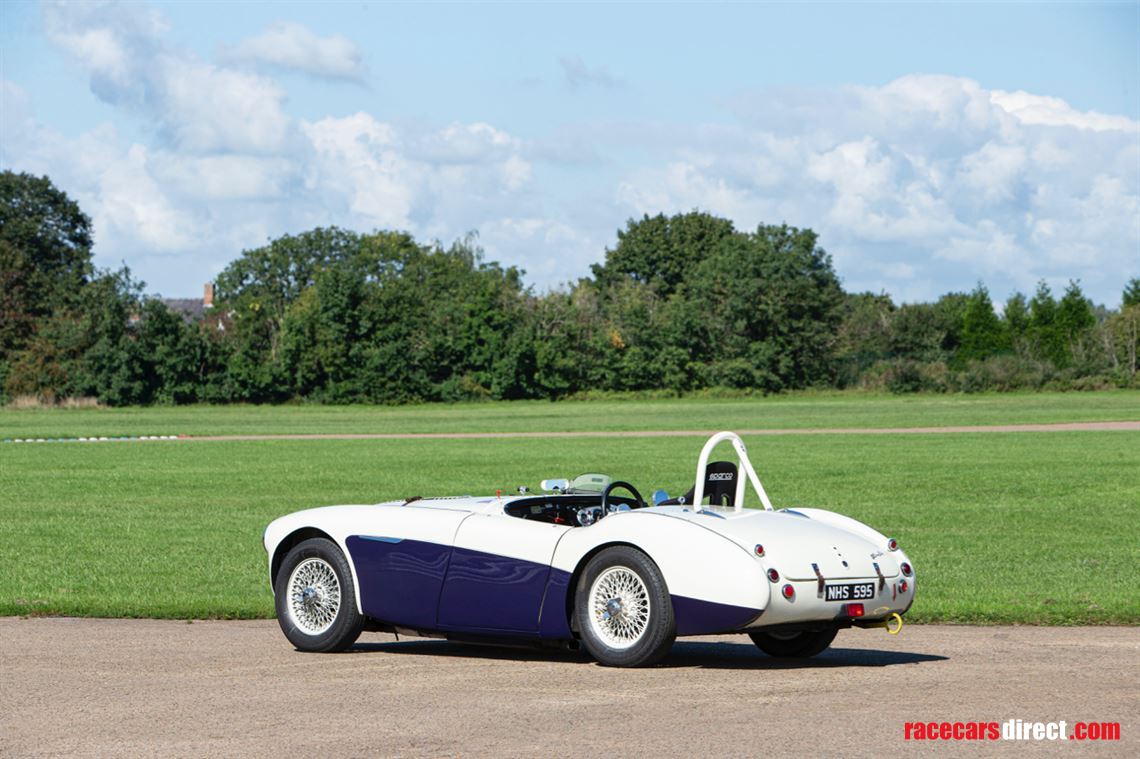 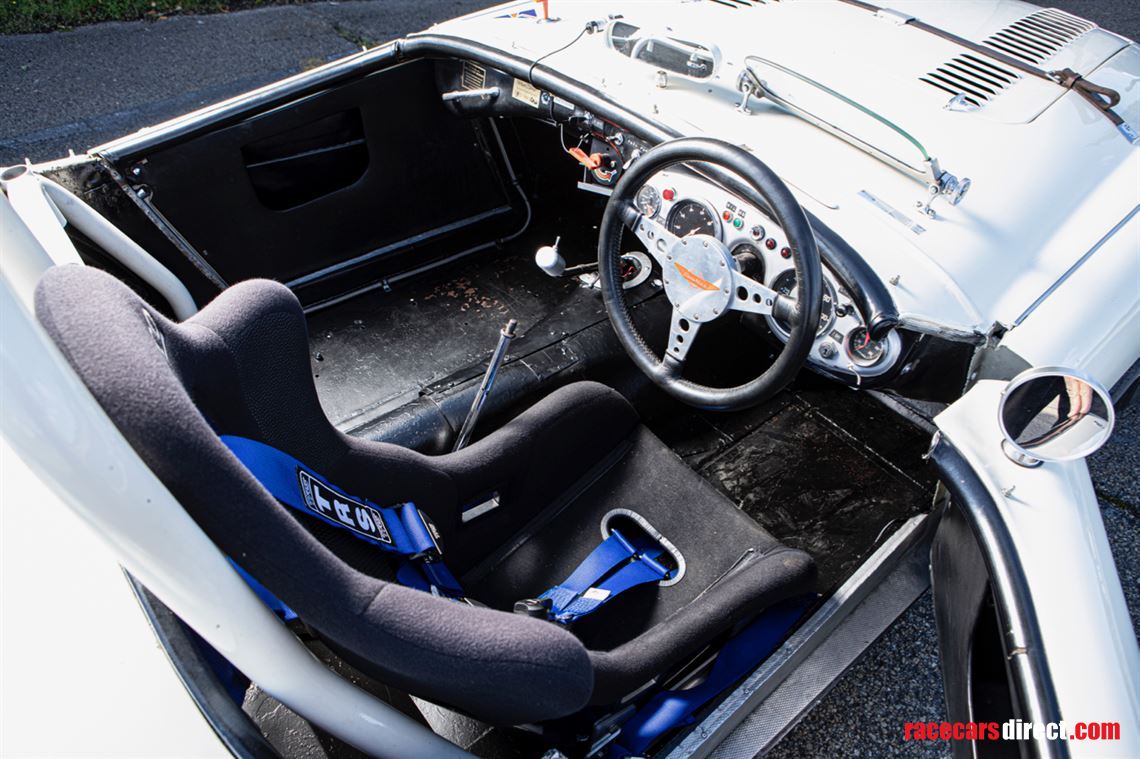 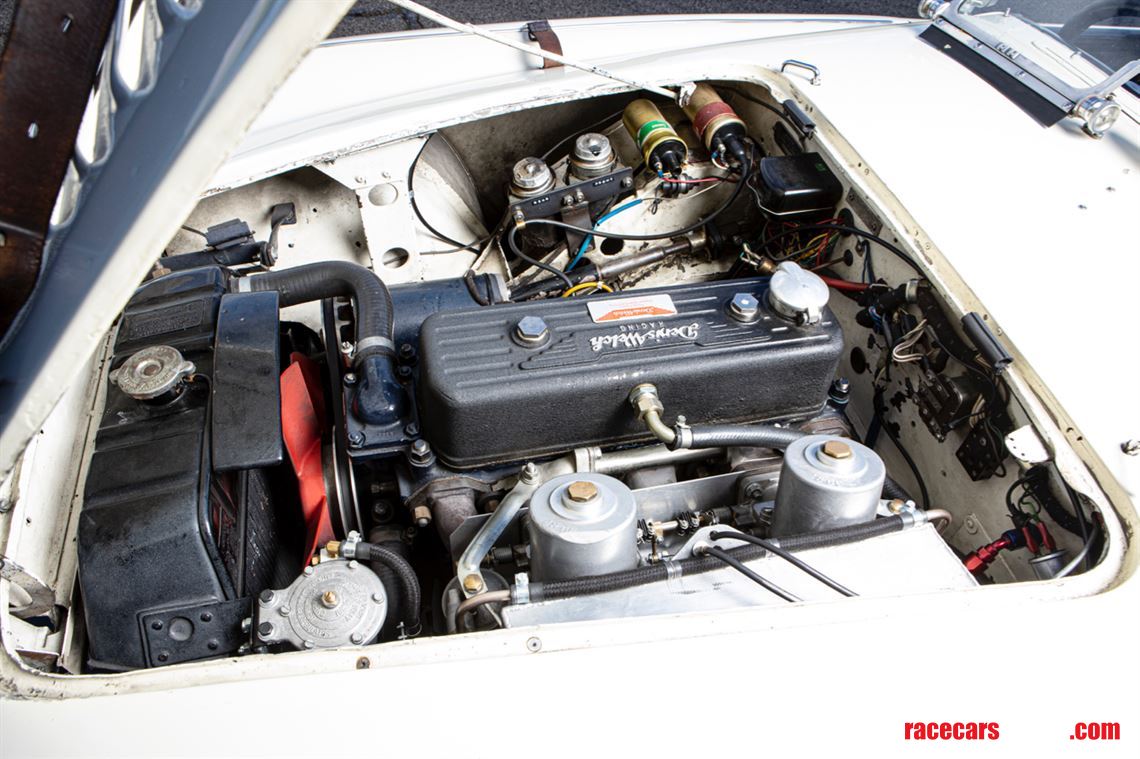 The B.M.I.H.T. certificate contained within the extensive history files offered for sale with this 1955 Austin Healey 100 confirm that chassis no. BN2/229011 was completed on the 20th October 1955 and went to a dealer in Scotland. It was fitted with body number 10962 and engine no. 1B/229011 in period. The early history is not documented in the file beyond the heritage certificate, and although clearly not a factory 100M specification car, there is some suggestion in the file that the car might have been converted to 100M specification by the dealer or early on in its life. From the 1980s onwards the car enjoyed a long stint of club racing in America, at first with Alden N Robinson and then Ken and Sara Black during the 1990s with their racing log-books included in the file.

In 2005 the Healey was bought back to Europe by the immediately preceding owner, Nils-Frederick Nyblaeus, a hugely talented, experienced and successful Swedish historic racer. From 2006 to 2018 this Healey 100 was restored and prepared by one of THE names in Austin Healey racing, namely Denis Welch Motorsport. During this period with Nils-Frederick at the wheel and with the expert assistance of Denis Welch Motorsport, the Healey has enjoyed countless victories, has won numerous class championships and has been subject of an extraordinary program of care and attention. The file of detailed invoices denoting the work carried out during this period is understandably huge and show that the Healey never wanted for anything from race meeting to race meeting. The file and well worth reading, but the extensive works carried out far too long to list here. Suffice to say that over this period over £200,000 was lavished on the Healey and under the expert care of Denis Welch Motorsport the expenditure certainly bore fruit and the statistics make for impressive reading. Out of a total of 89 races between 2006 and 2018 they read as follows:

Some of the other accolades worthy of note are:

The current owner purchased the Healey 100 from Pendine Historics, based here at Bicester Heritage. He has enjoyed a number of test days in the car, where it has received minor preparation works by Blakeney Motorsports (invoice on file.) He had intended to enjoy racing it in the numerous European race series and race meetings for which it is eligible.

Nonetheless, the recent acquisition of a significant pre-war sports racing car has forced the sale of the Healey in order to concentrate funds on his latest project. “The best laid schemes o’ mice an’ men etc. Offered for sale with the aforementioned extensive history files and ready to be enjoyed in numerous historic series this 1955 Austin Healey FIA race car is now available for inspection by appointment