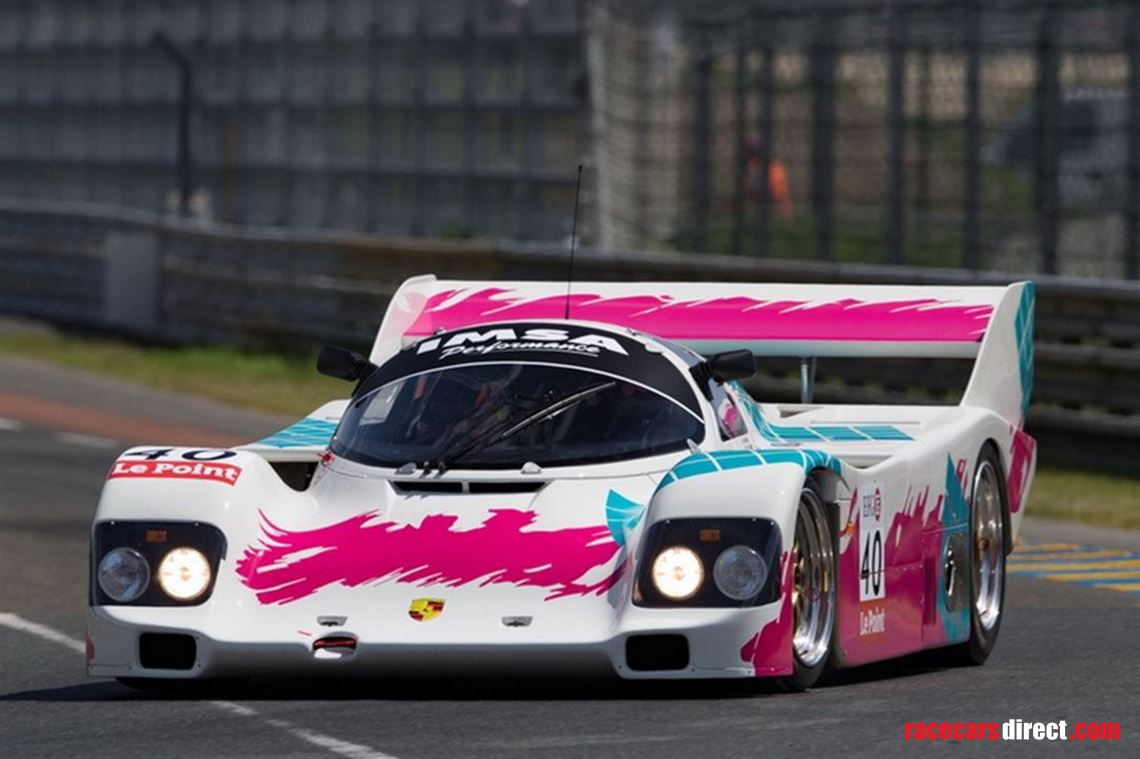 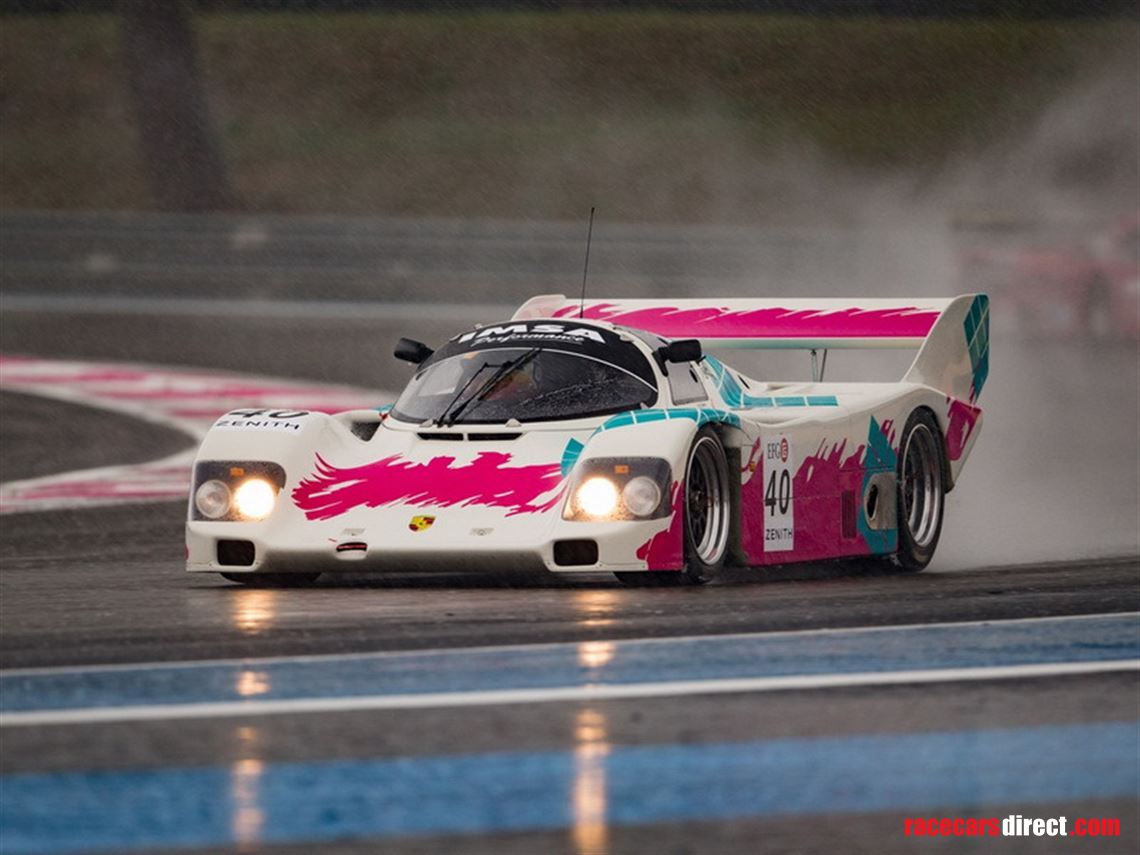 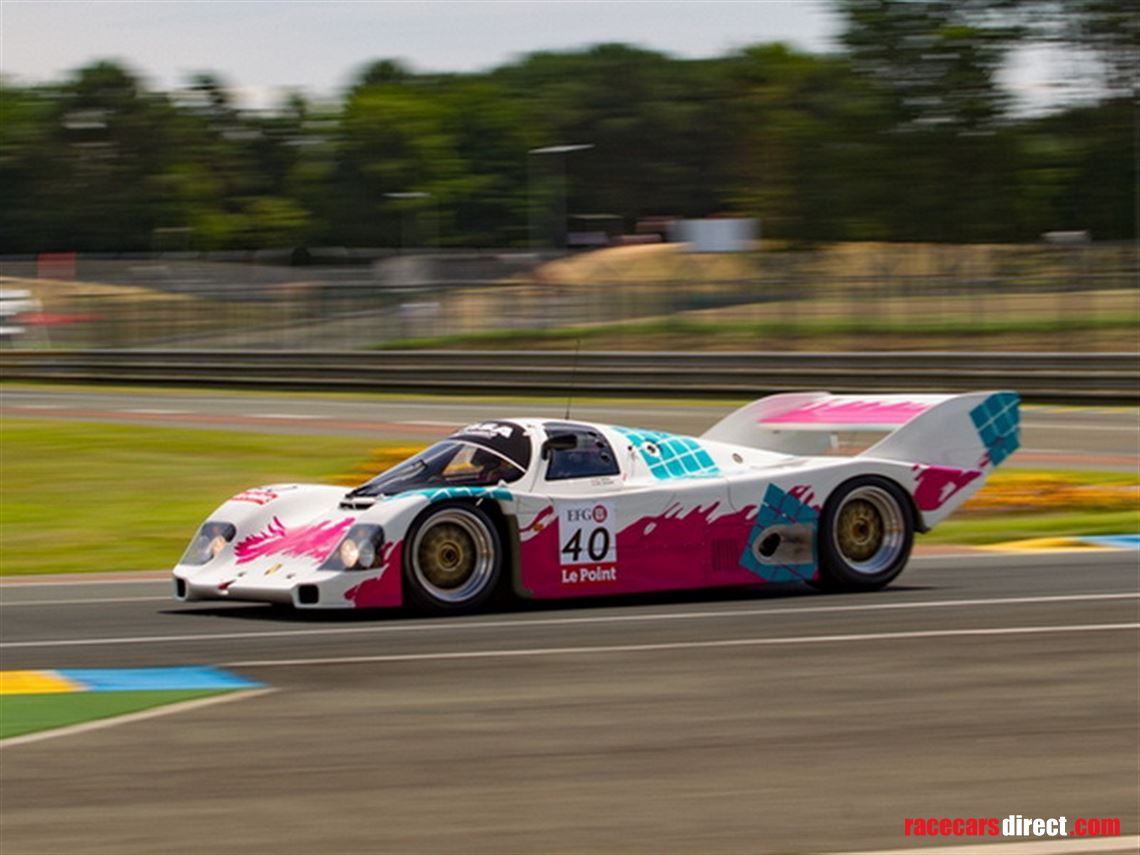 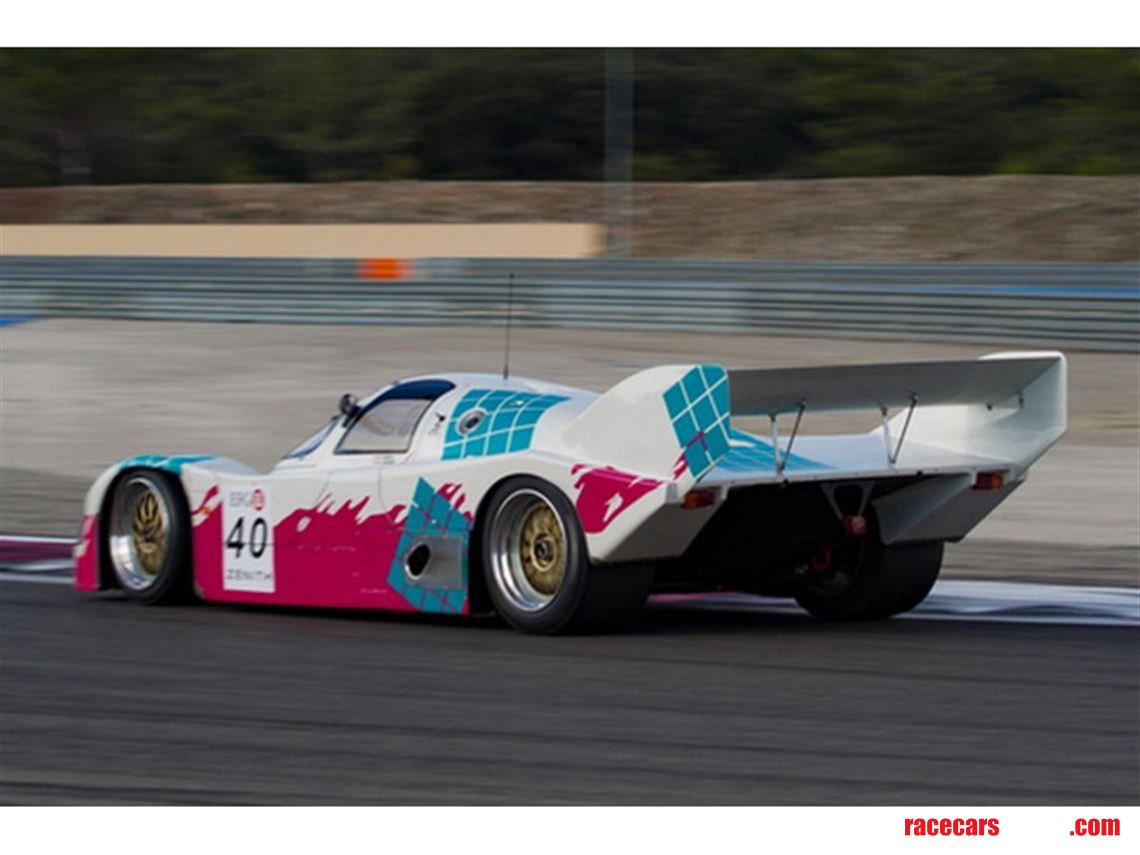 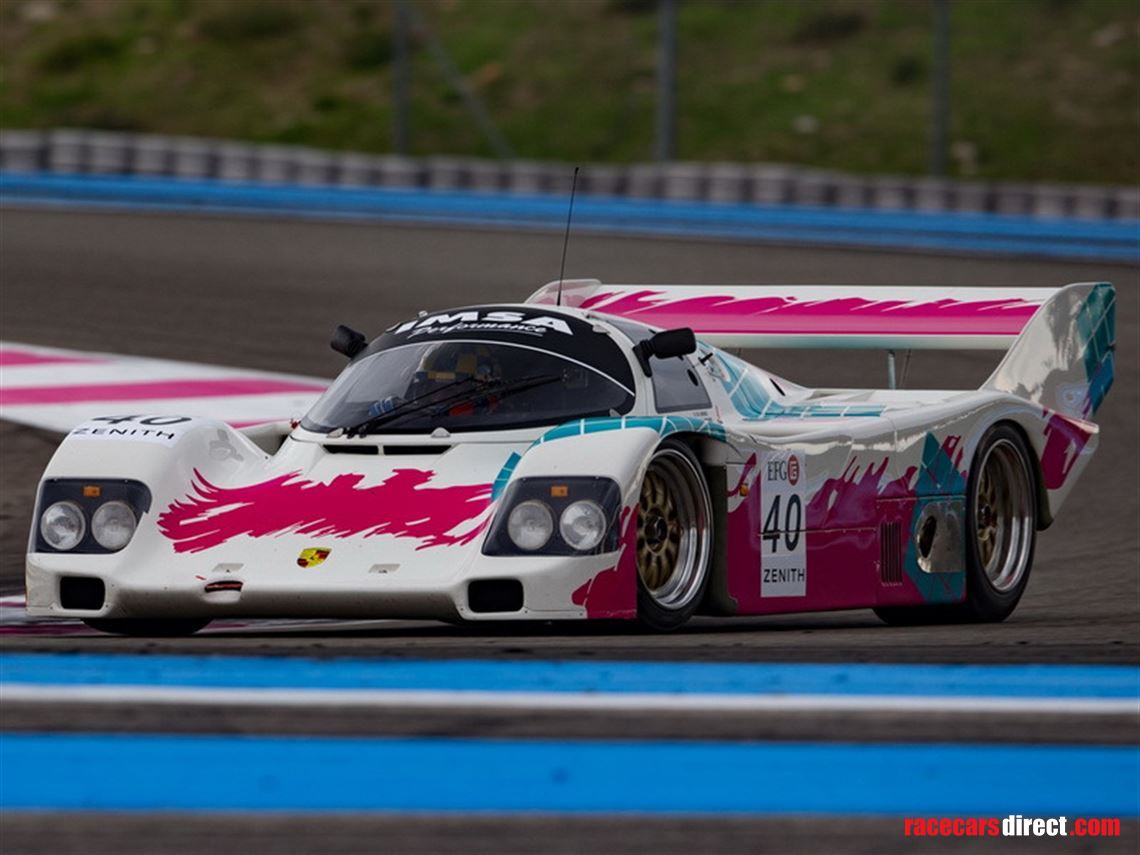 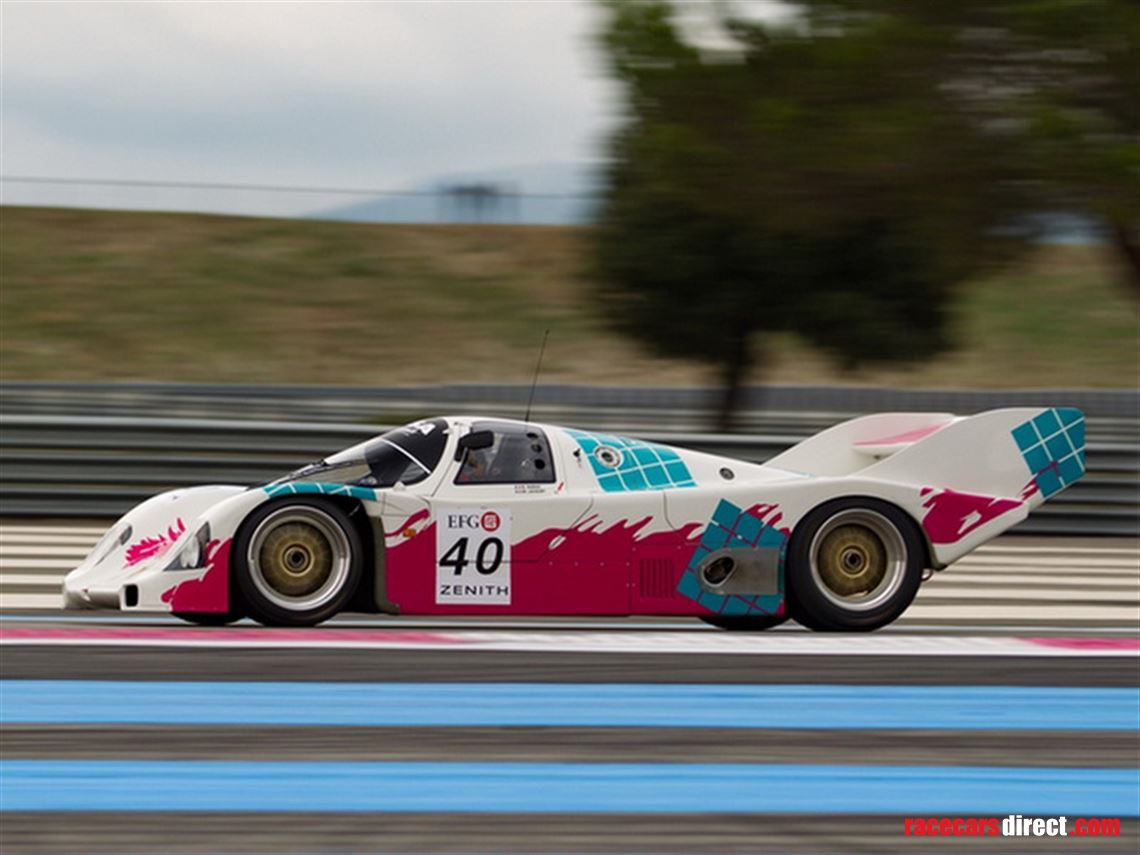 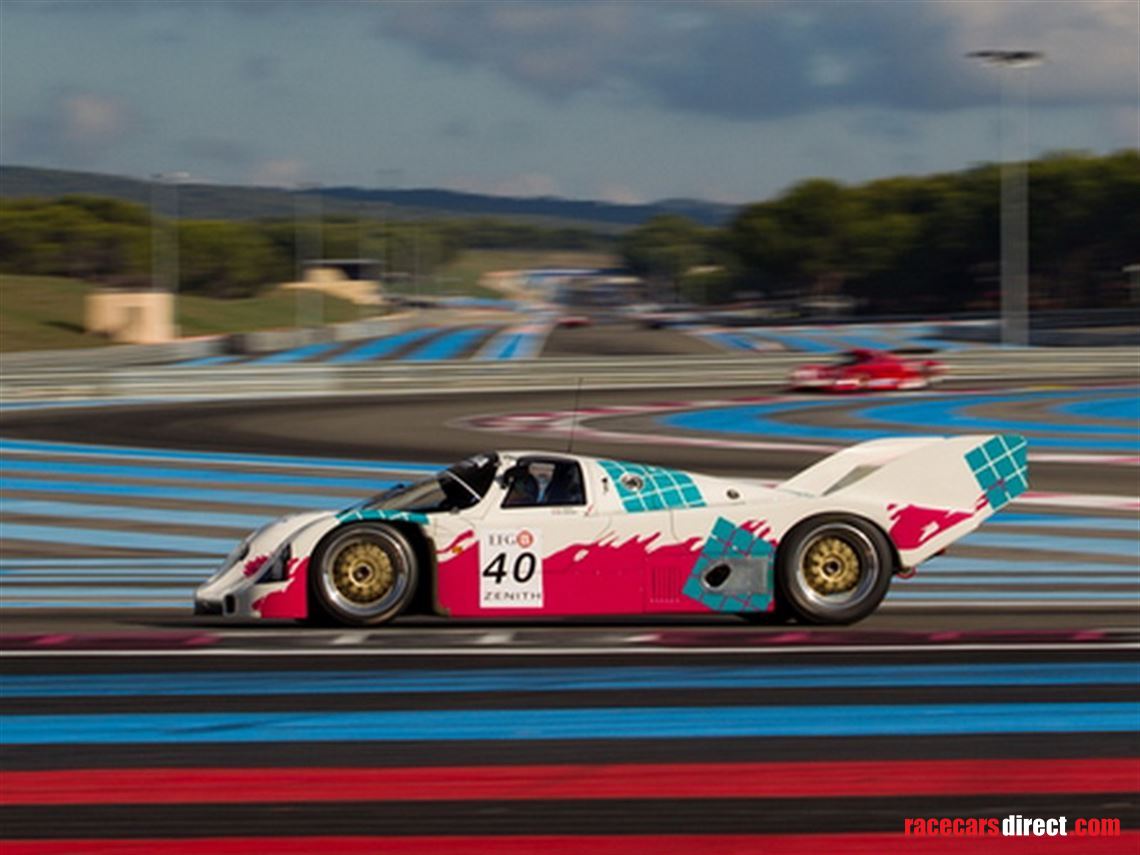 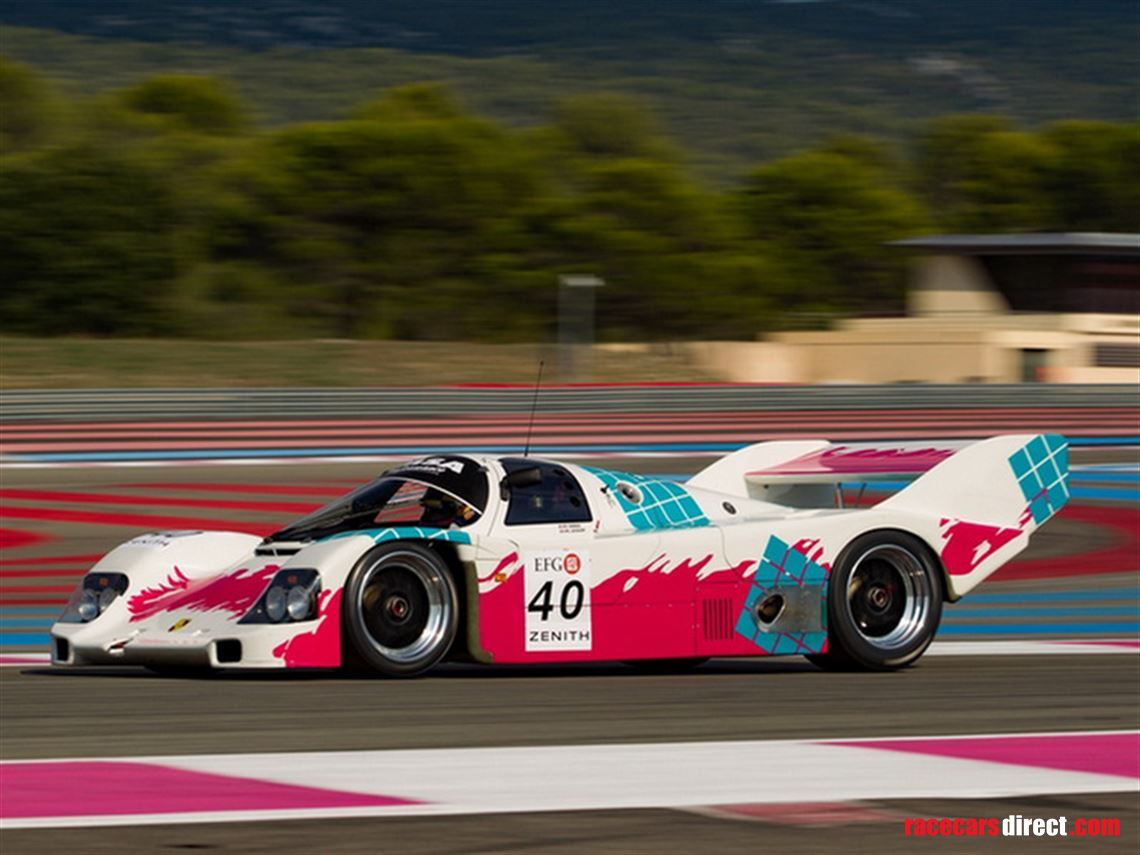 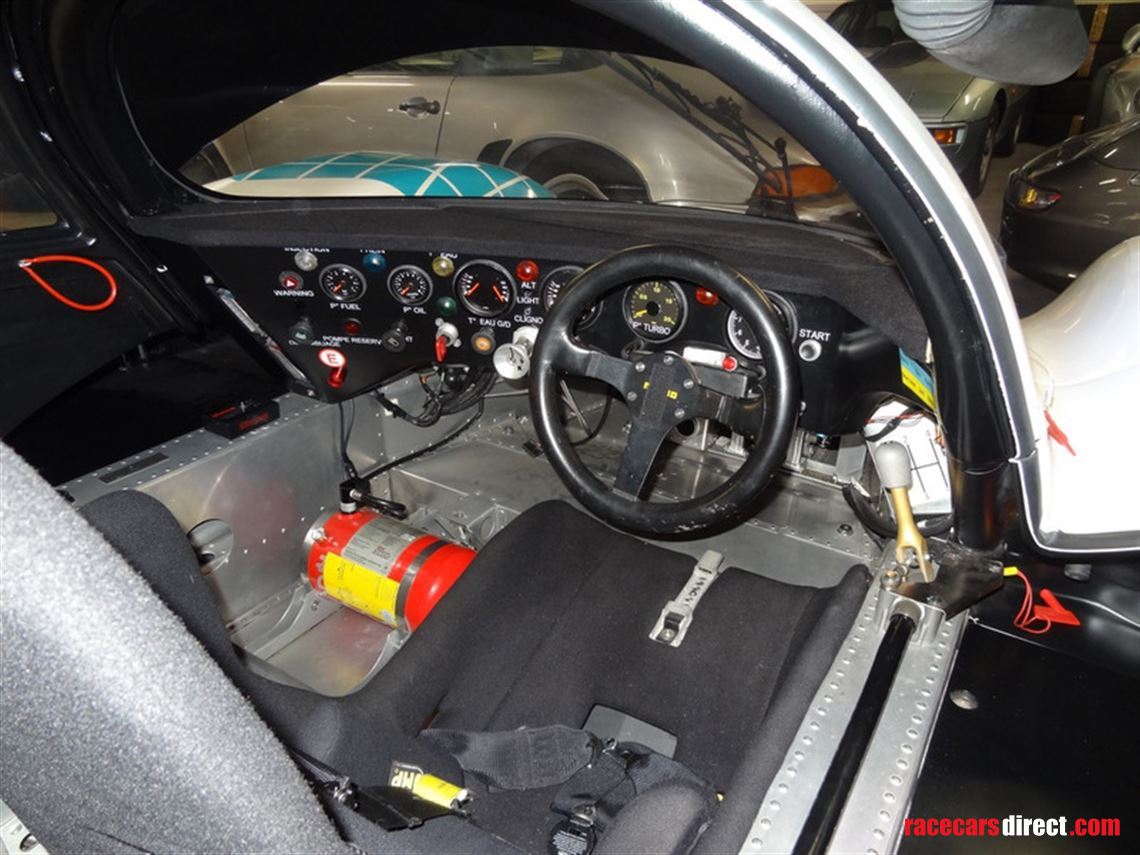 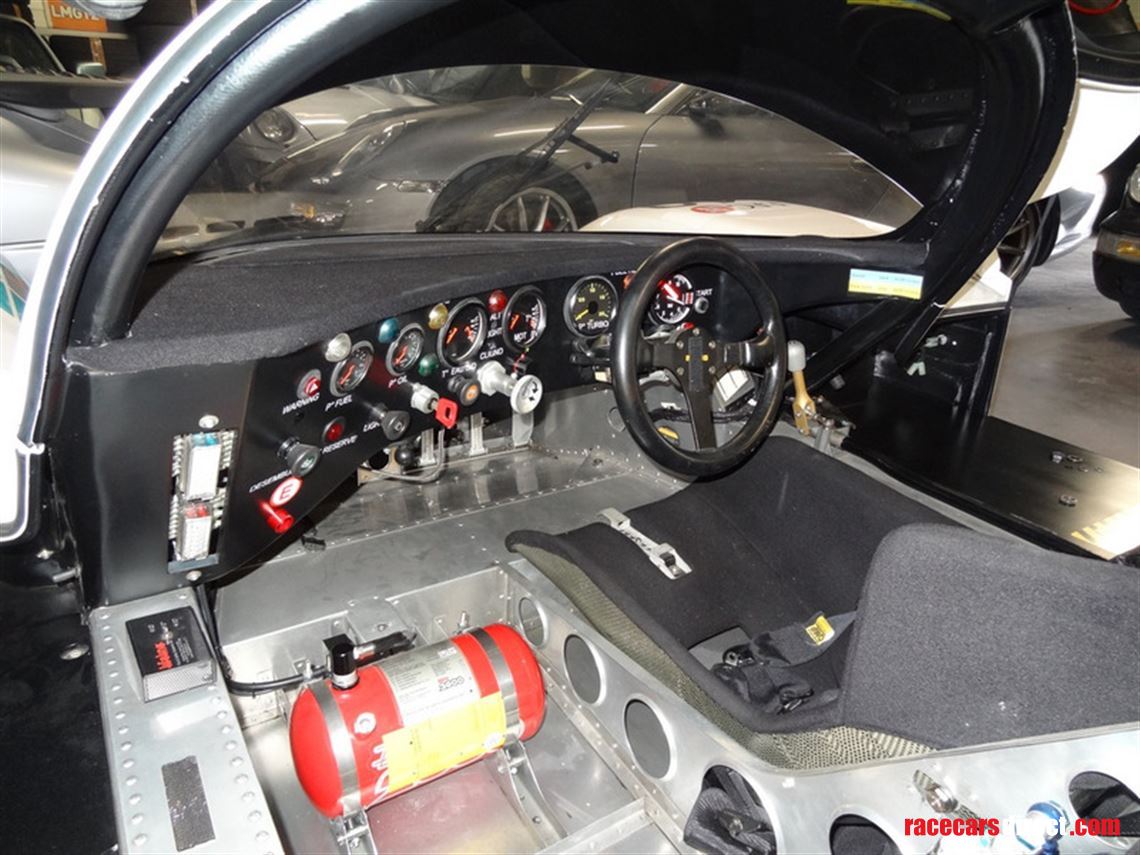 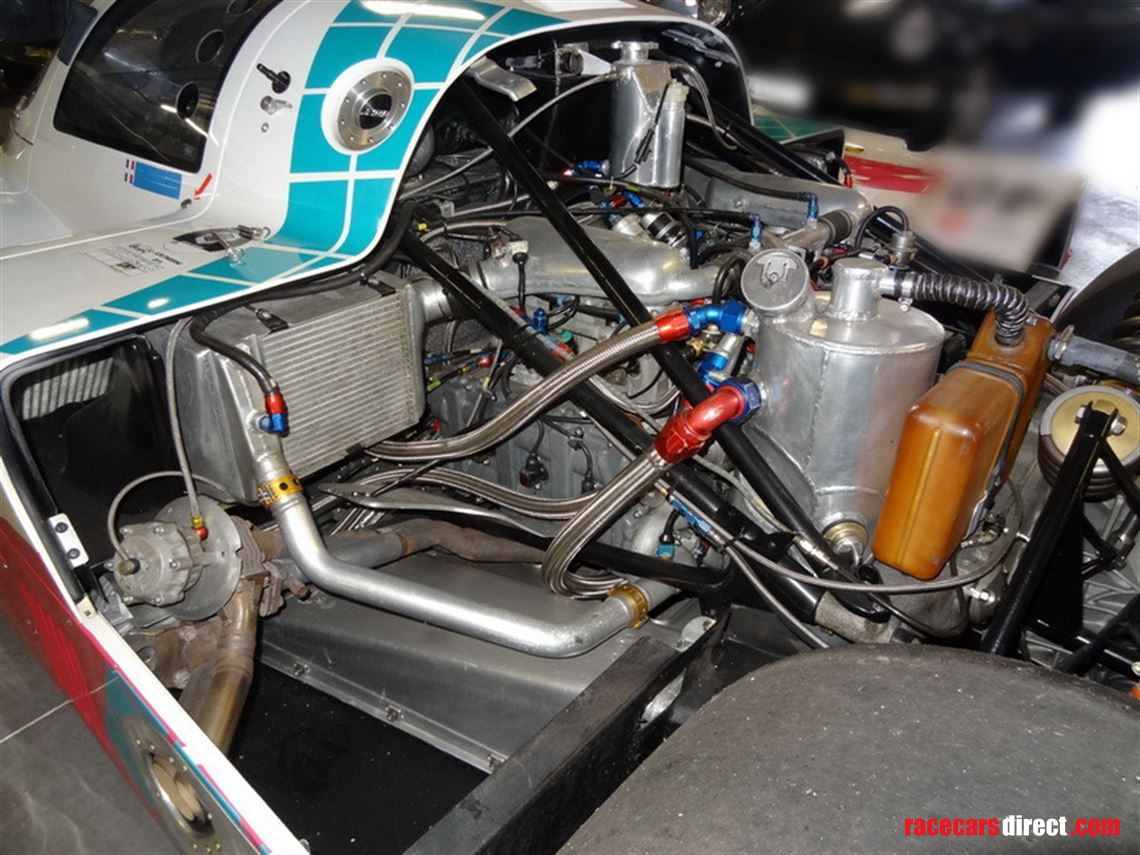 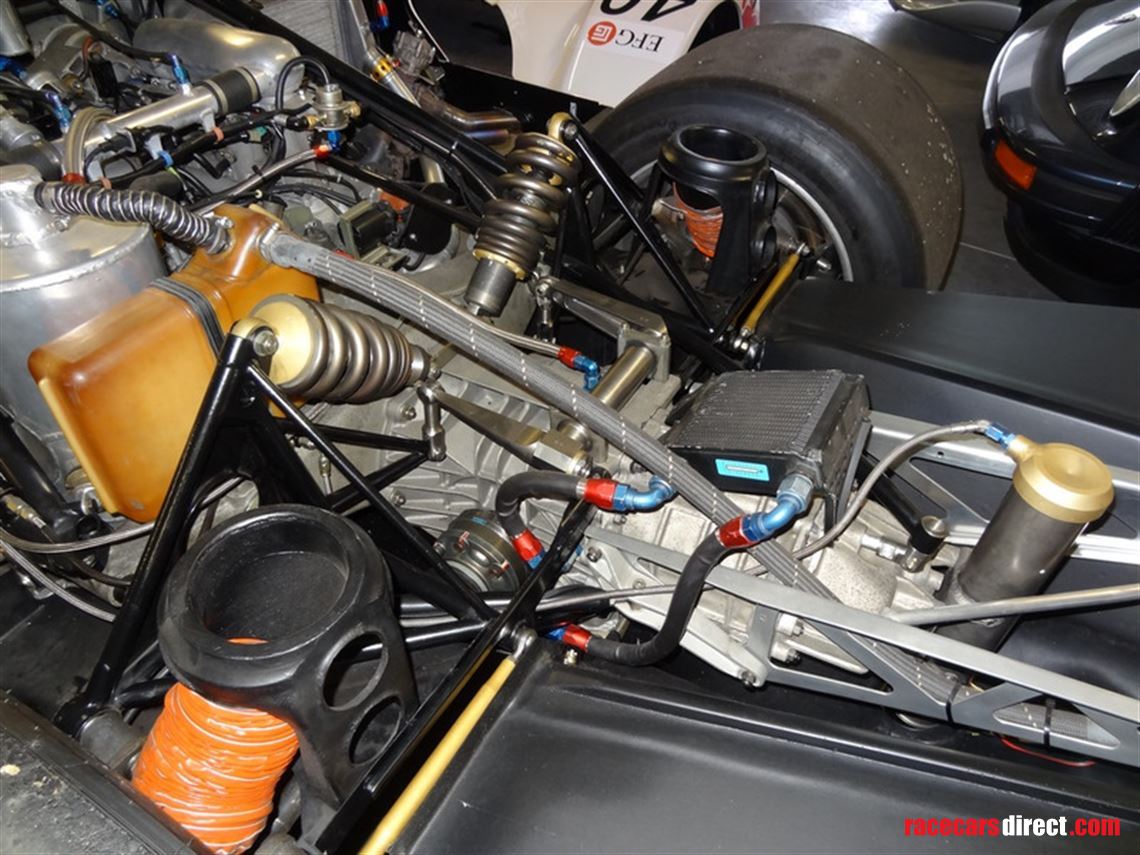 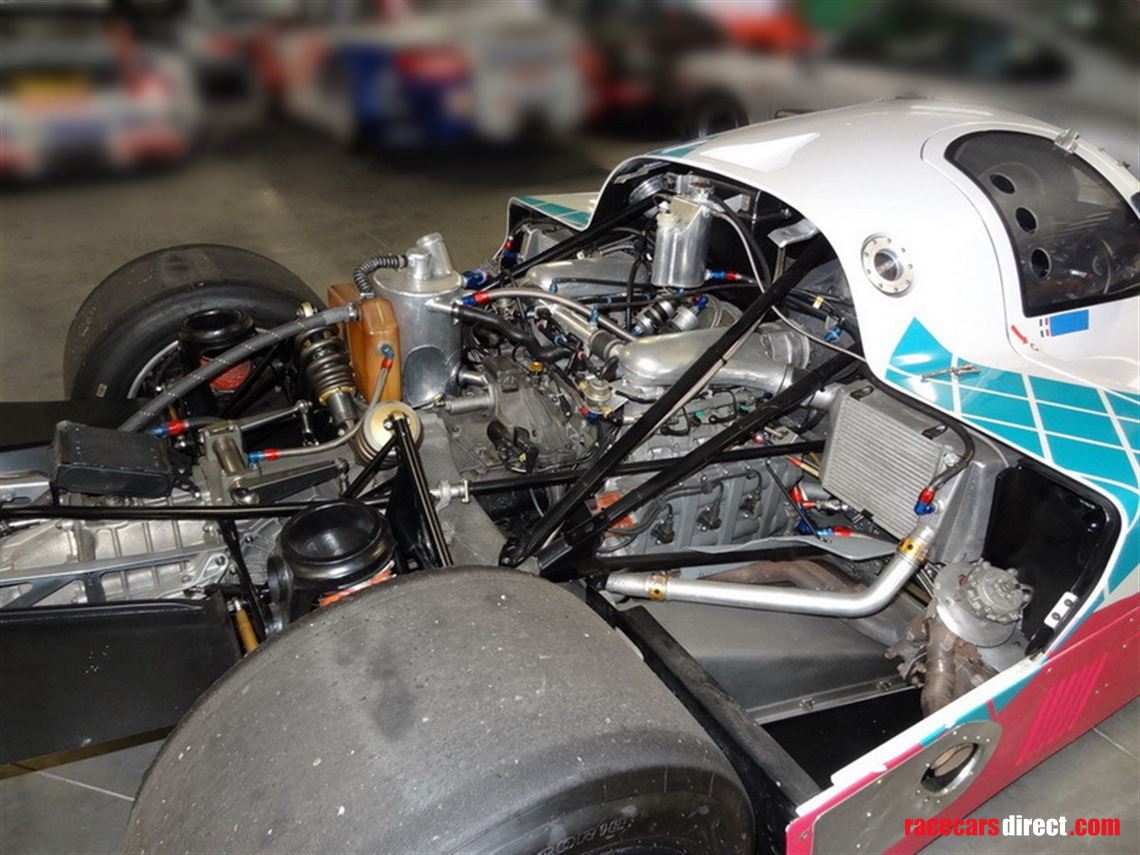 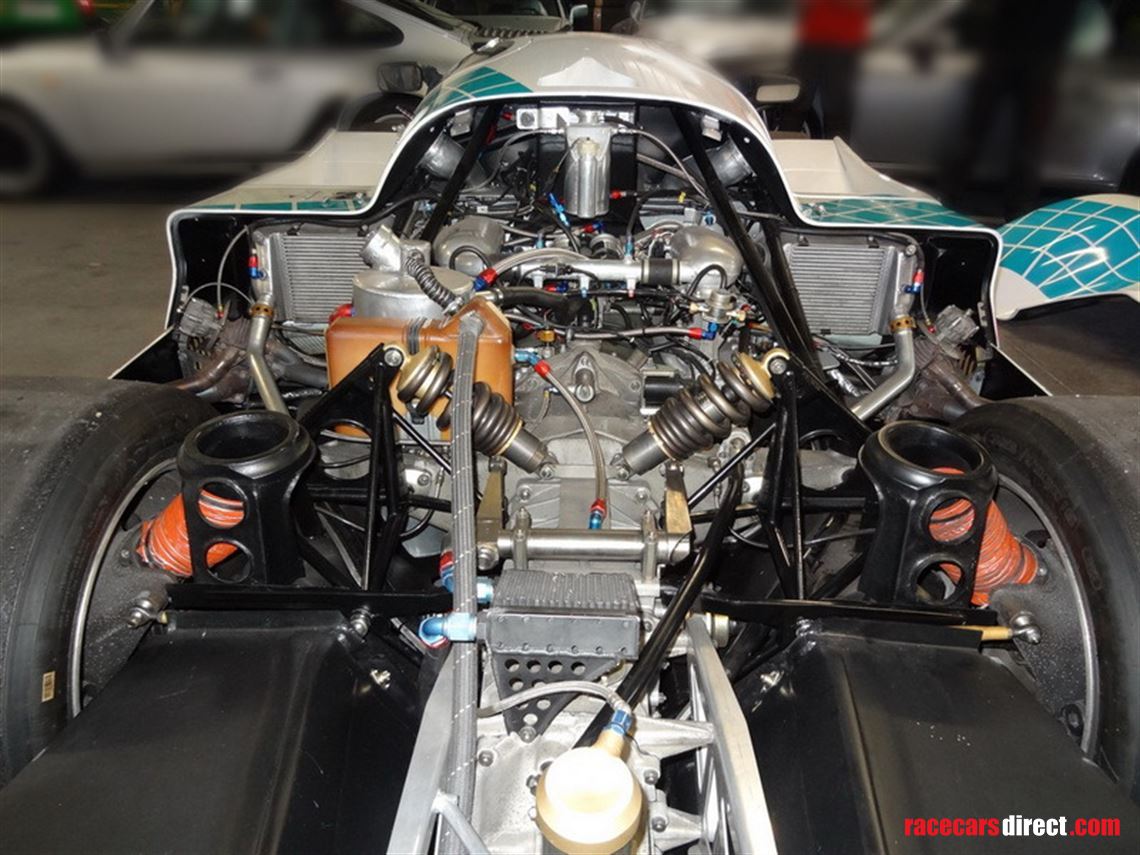 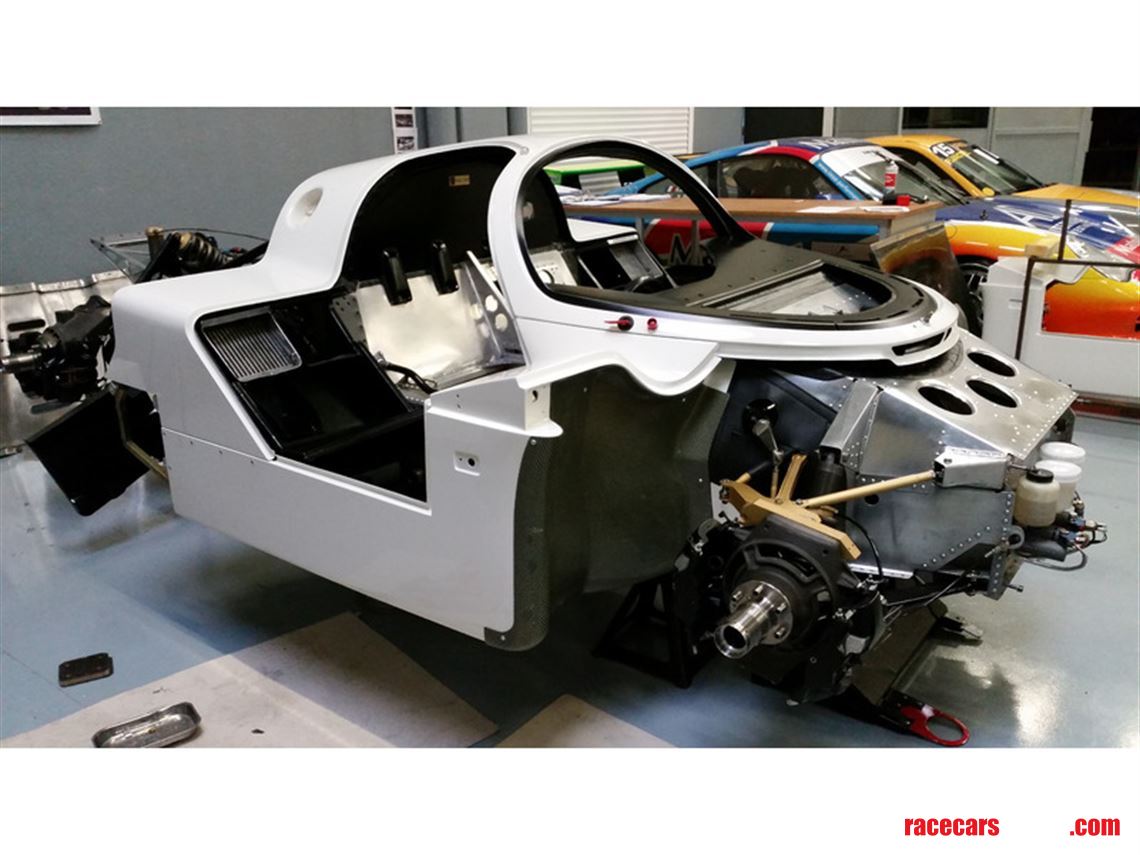 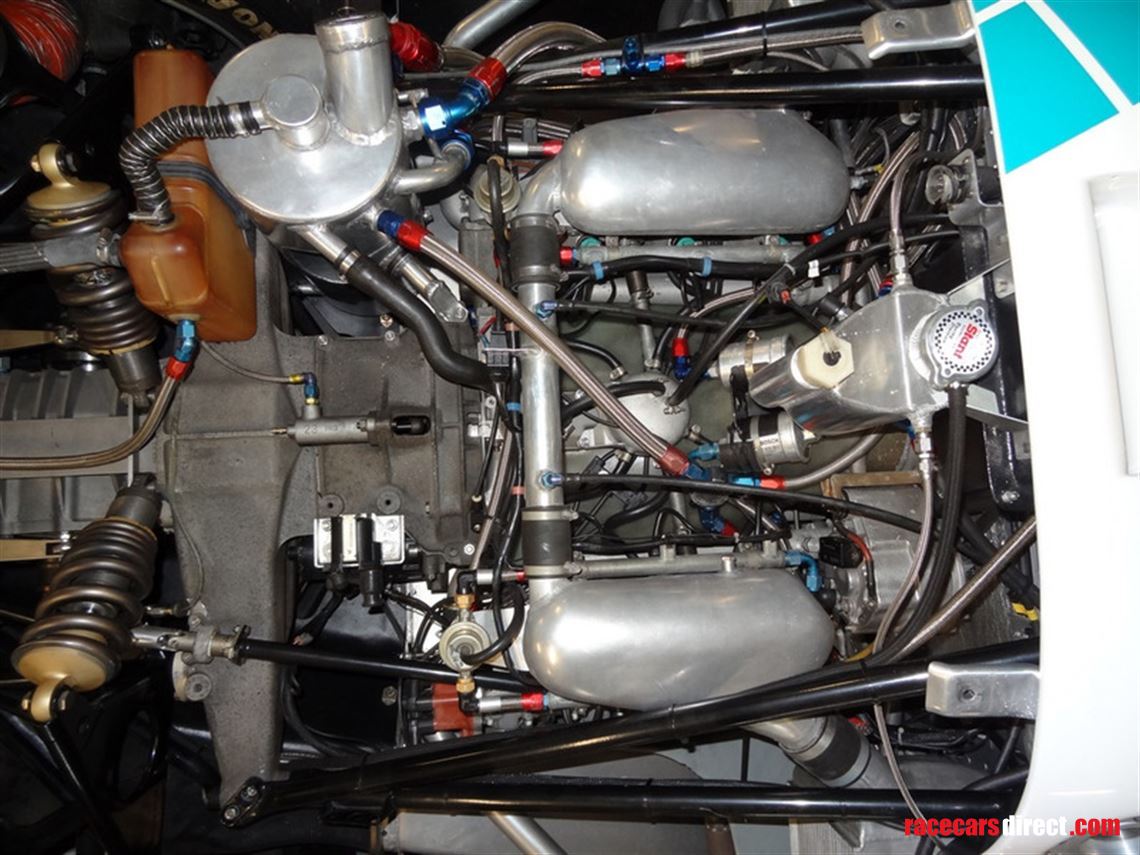 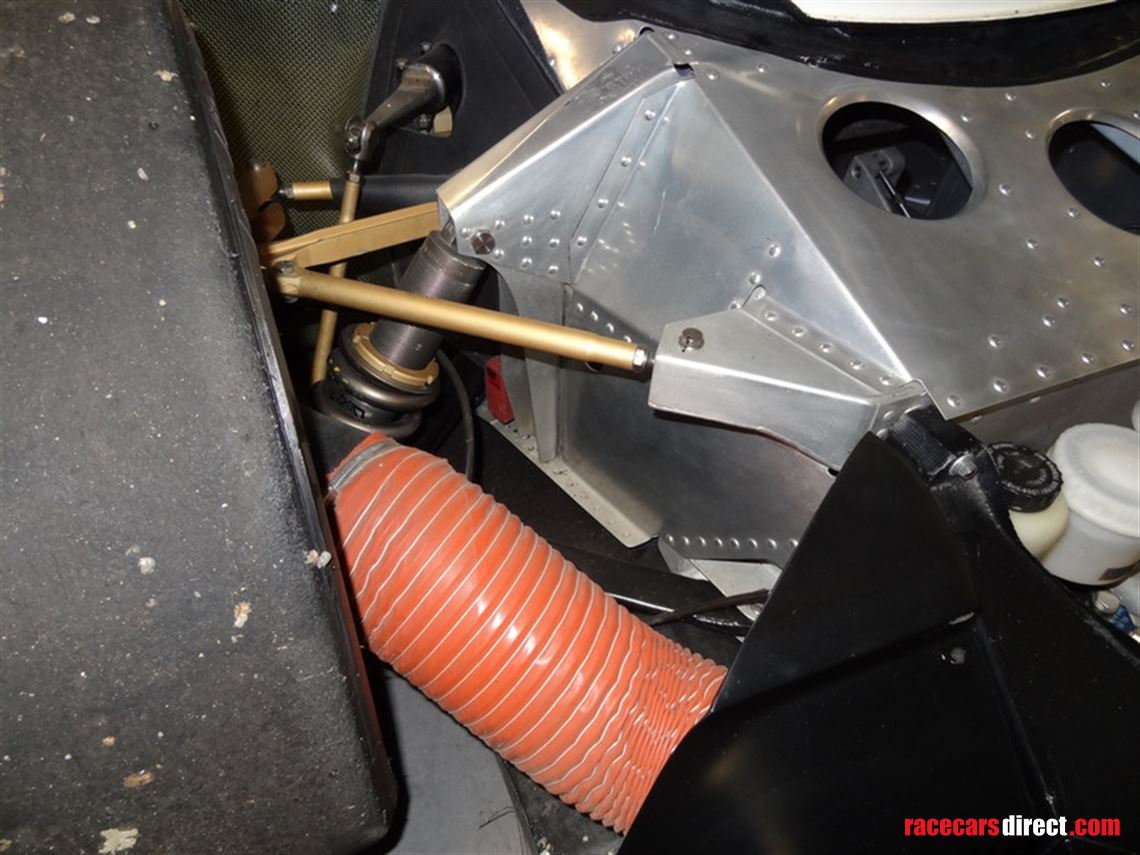 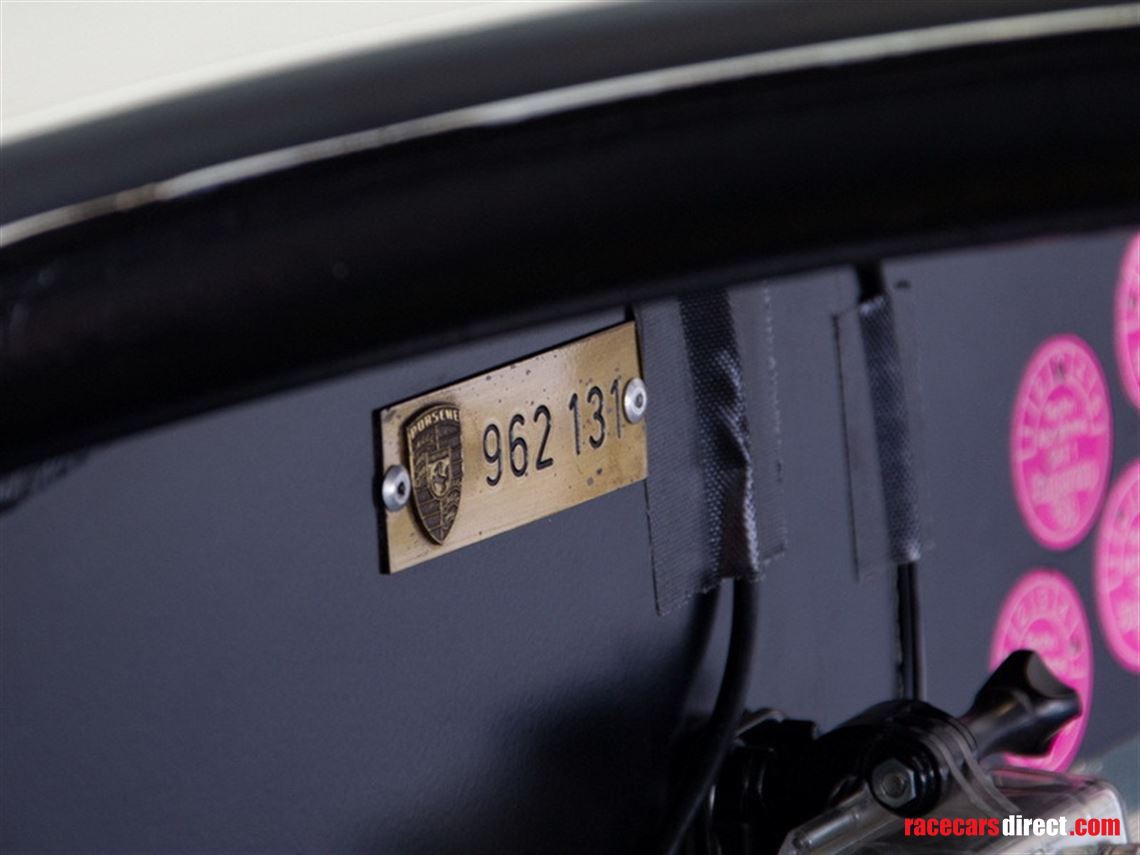 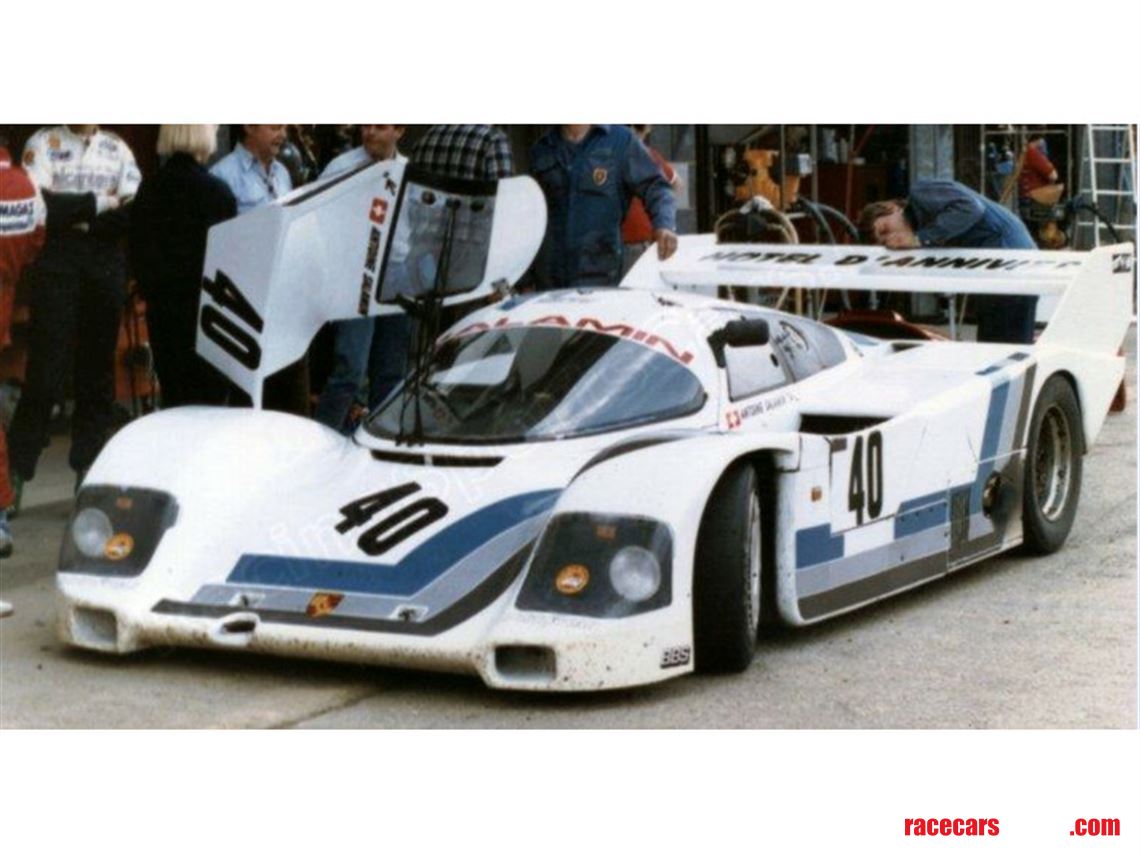 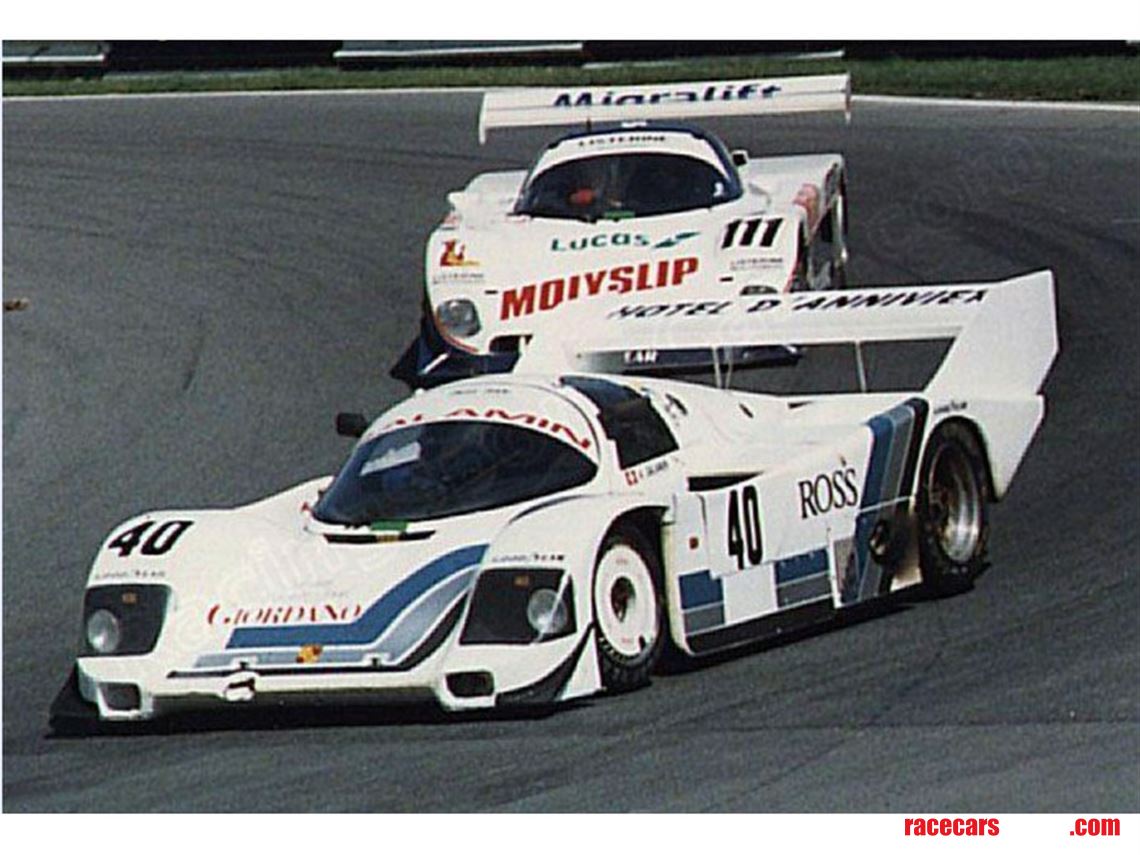 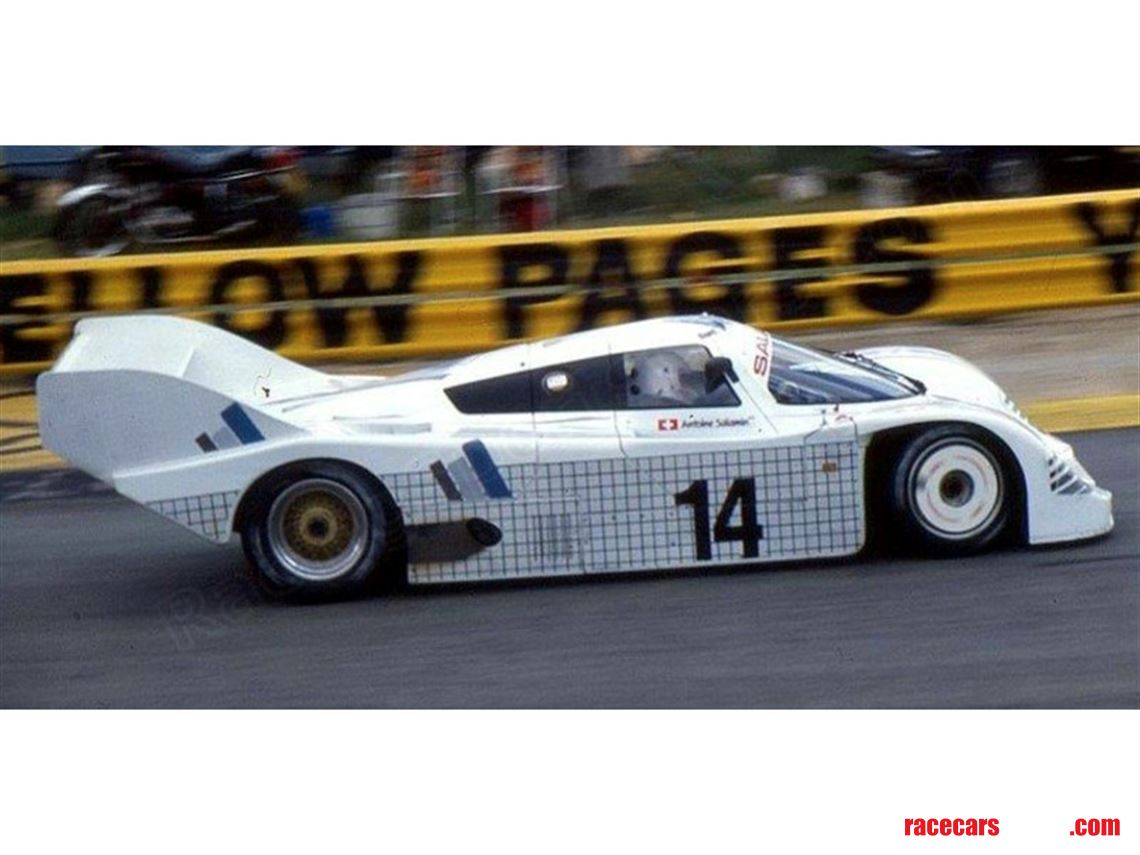 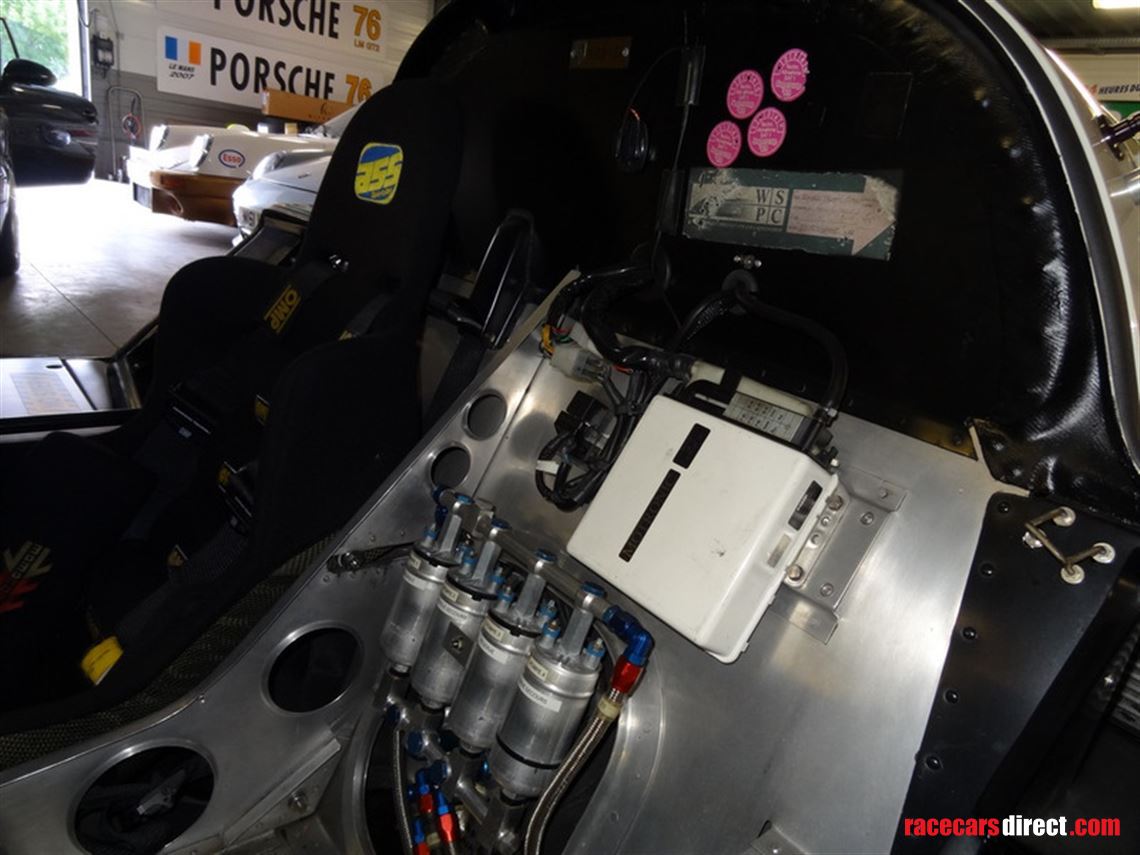 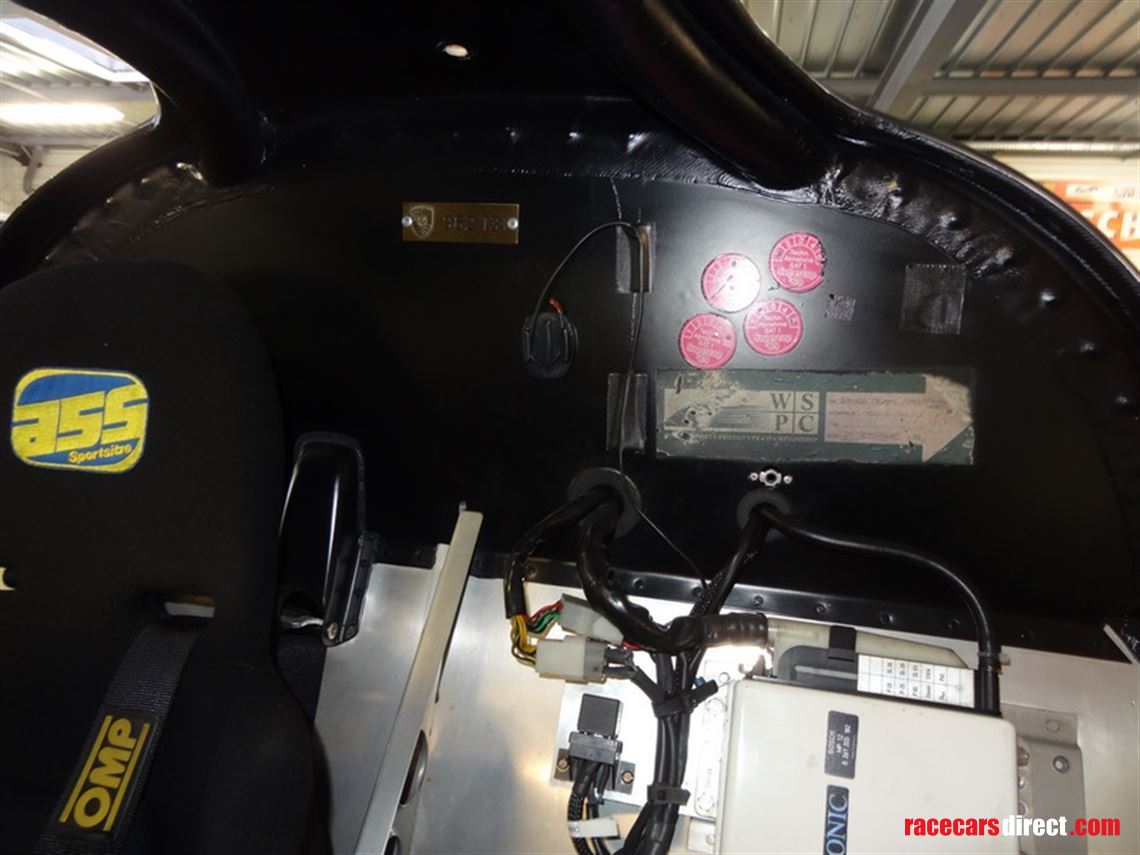 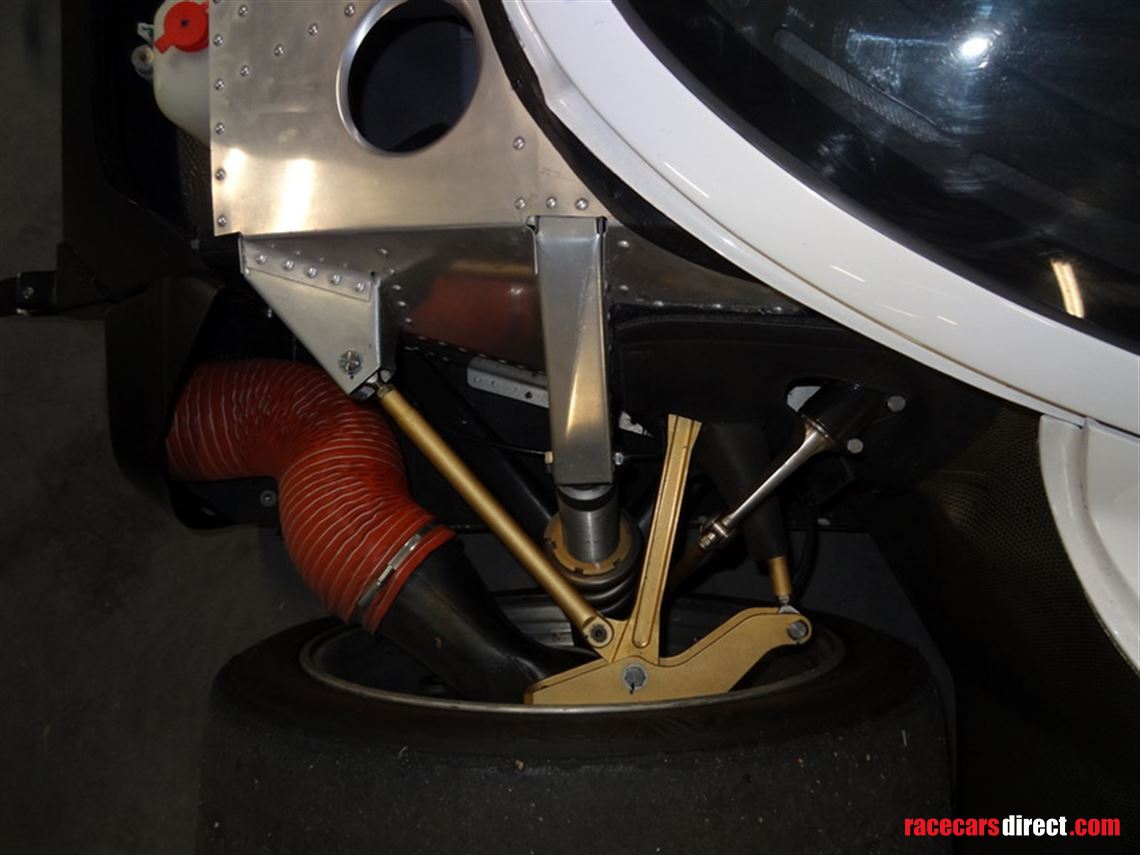 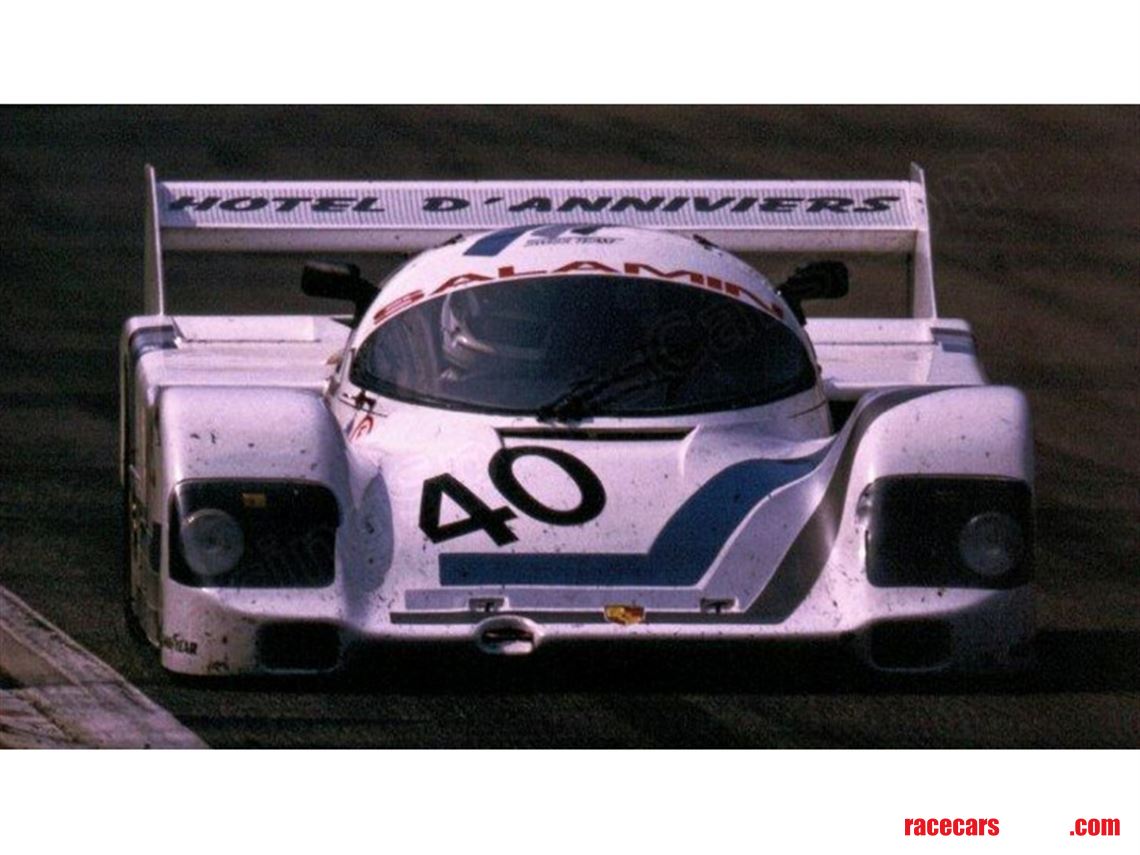 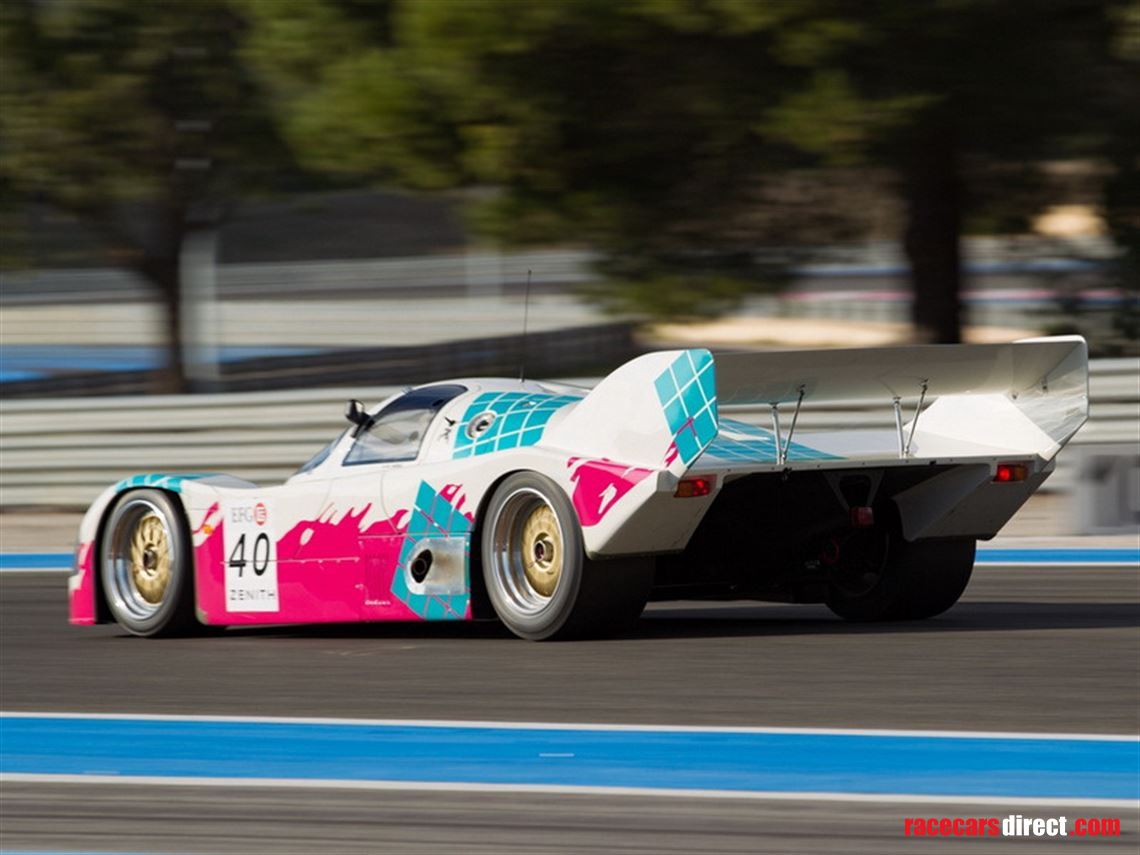 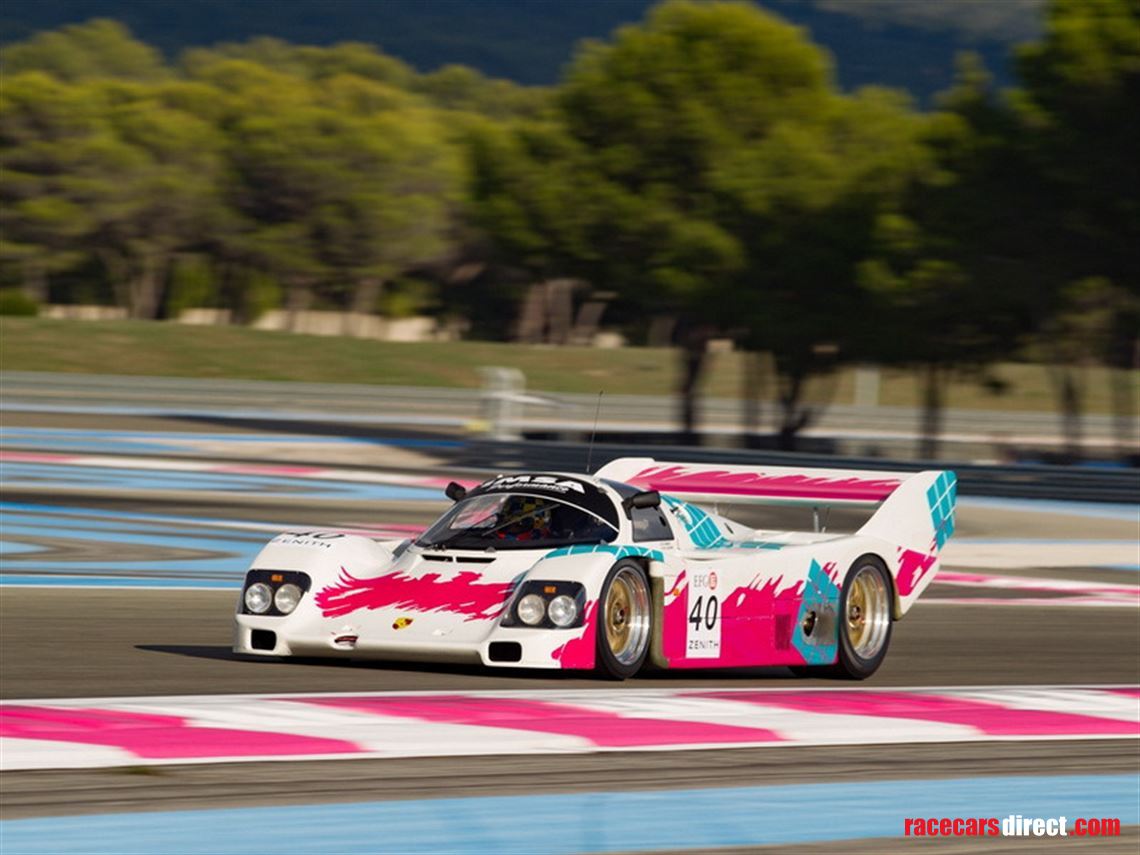 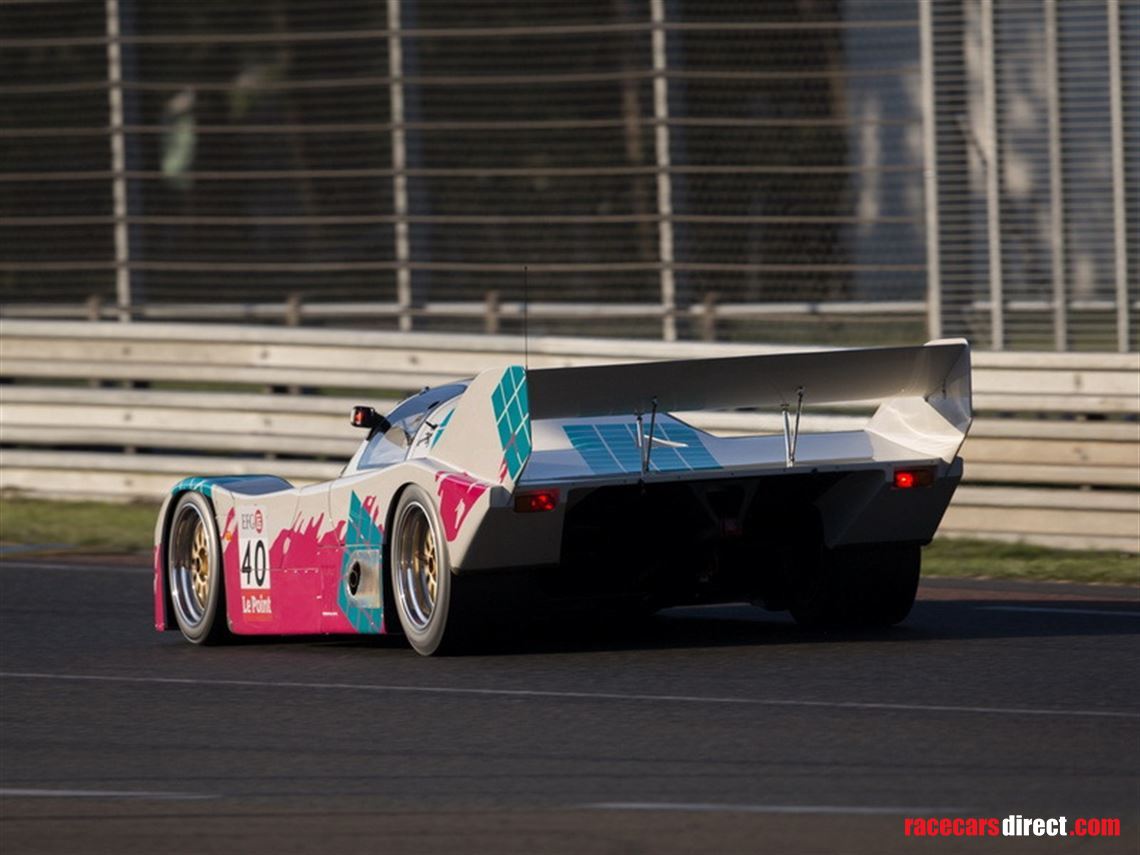 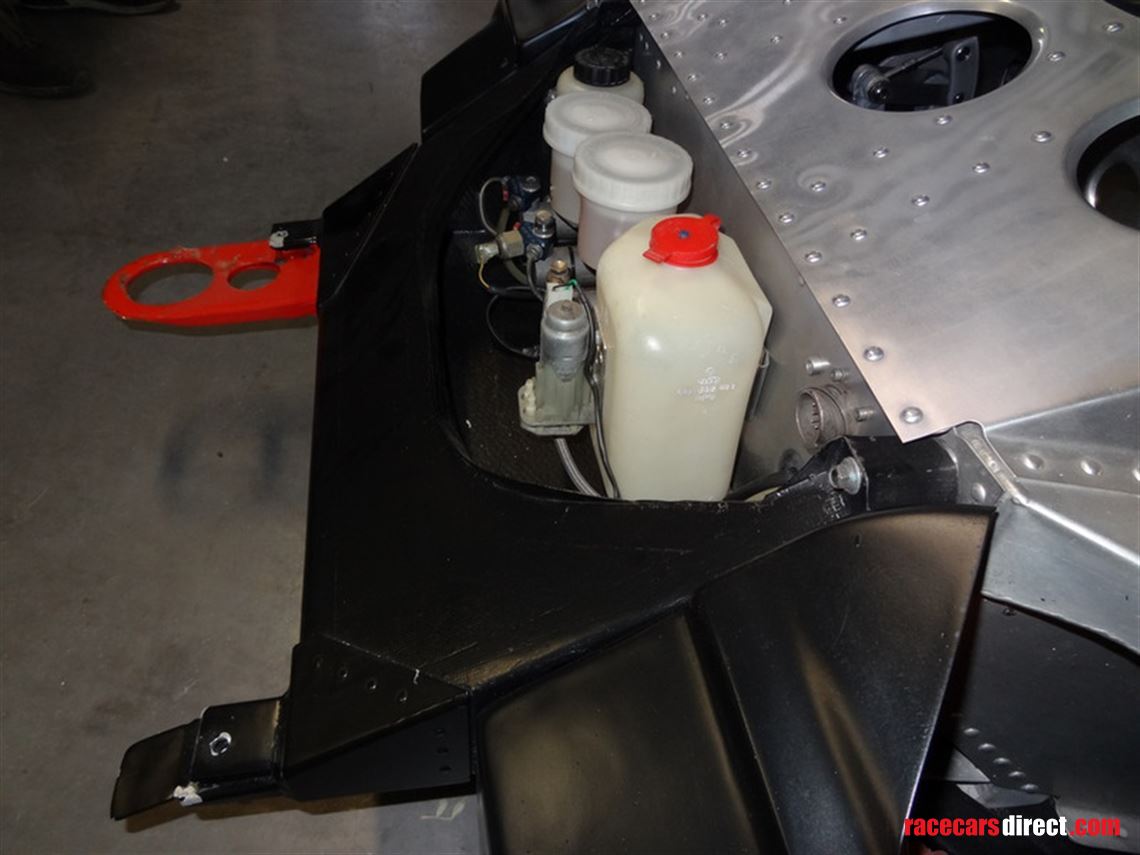 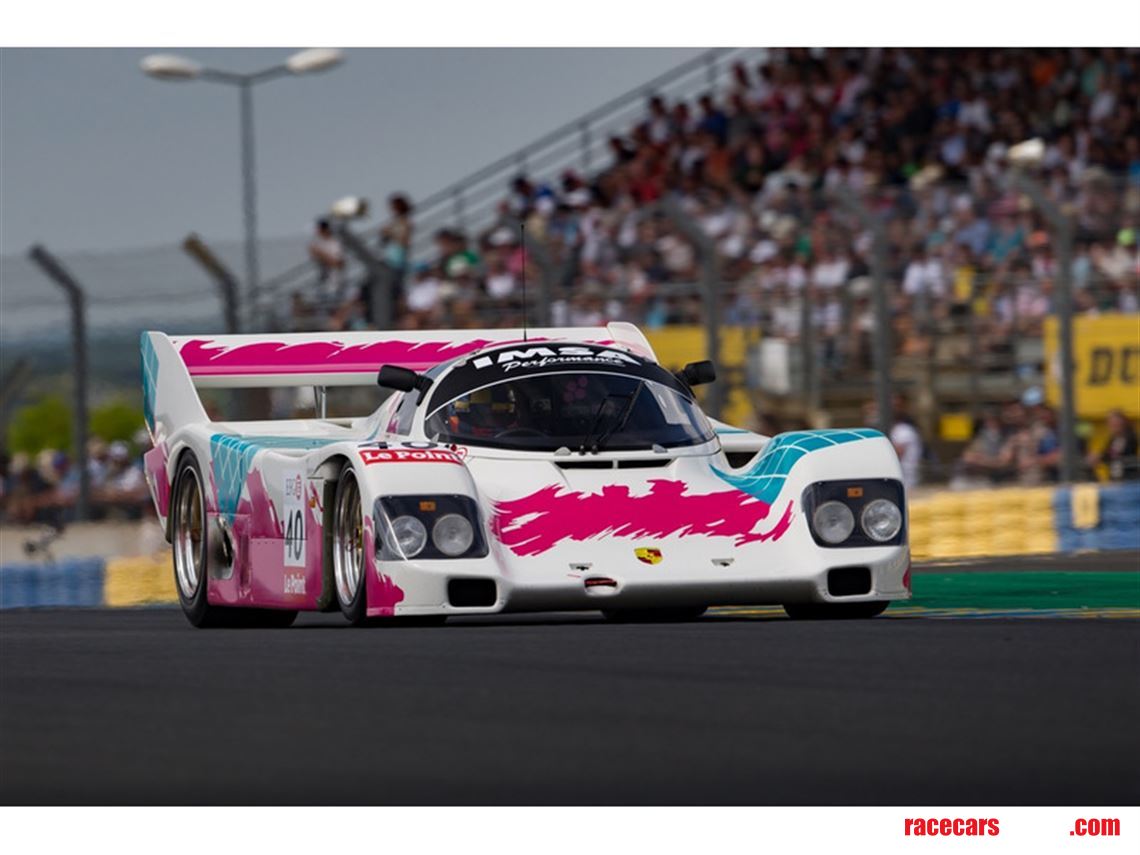 The Porsche 956 and its Porsche 962C successor need few introductions to the Porsche aficionados. The 962 holds a place of its own as it enabled Porsche to win the 24 Hours of Daytona five times, the 12 Hours of Sebring four times, the Le Mans 24 Hours twice, together with wins at Dijon, Monza, Watkins Glen, and so on… It's quite difficult to find a circuit where a Porsche 956/962 failed to impress!

It all started in the mid-80s. The Porsche 956, the victor at Le Mans from 1982 to 1985, was not considered safe enough to race in the United States according to its IMSA governing body. Porsche therefore decided to create an American version of the 956 which was called the 962 which went in production from 1984 onwards. The wheelbase was extended by 12 cm to accommodate the pedals to sit behind the front wheel axis. The Porsche 962 was the US-only version with a single turbo, while the 962C was twin-turbo. The 962/ 962C was raced allover the world in many events such as the IMSA GT Championship, the Japan Sport-Prototypes Championship, the German Supercup Championship, the European Interseries Championship and – last but not least - the famous Sports Cars World Championship.

It was for these latter three championships that our car, chassis 962C-131, was used. With a racing career spanning three years from 1987 to 1989, this privateer 962C has the distinction of always having raced in the Swiss Team Salamin colors. Antoine Salamin, a Swiss architect and racing-driver, had been racing various Porsches 911 such as the Carrera 2.7 RS, 3.0 RS, 930 Turbo and the mighty 935. He then bought 962-131 from Porsche Motorsport and took delivery of it on September 11, 1987 and raced the car for the first time a month later. Salamin subsequently did over thirty races with 962C-131.

962C-131's first race appearance was in mid-October 1987, at Zeltweg for the Interseries Championship. After qualifying in 6th place, the Swiss finished at the same position in the first leg, then 8th in the second leg. A little more than a month later, the car was entered for the 500km of Kyalami where Antoine Salamin finished 8th in both legs. With such an encouraging start, chassis 131 started to race all over Europe in 1988 and 1989, accumulating finishing points in the Sports Cars World Championship, the Interseries and Supercup championships. With only three retirements in over 30 races 962C-131 did well as the Swiss Team Salamin finished seventh in the 1988 Sports Cars World Championship, fourth in the Interseries championship of the same year, and sixth in the 1989 Supercup championship. Twice, the team attempted to qualify for the Le Mans 24 Hours but failed to secure a place on the grid during the practice sessions.

From 1987 to 1989, Antoine Salamin took the wheel for every single race and was joined for some races by Giovanni Lavaggi, Jean-Denis Deletraz, Hellmut Numdas or the experienced Max Cohen-Olivar. The 962C-131 went into retirement at the Mexico City race in 1989. During practice, it was damaged in a collision with Patrick Tambay. The Swiss team then turned to another Porsche 962C (chassis 157) for the 1990 and 1991 seasons.

After the 1989 season, 962C-131 was sold to Sweden in 1990 and then returned to France where it belonged to Pierre Landereau who kept it for about ten years before selling it to its current French owner in 2010.

A complete, bare-chassis restoration was carried out by Porsche specialist IMSA Performance during which an extensive restoration file was compiled which comes with the car. Every item on the car was fully rebuild including the 2.6 litre Water/Air engine, the gearbox, suspension, etc. The car was freshly re-painted in its iconic and beautiful “Hotel Anniviers” livery as raced in 1989.

Since its restoration, the car was used very sparingly at Le Mans Classic 2016 and the Dix Mille Tours of Le Castellet and – as such – it has only 3 race hours since completion of the overhaul. It is in as new, concours condition and the owner will renew the crack testing and fuel tank as part of the sale. The car also comes with a set of spare wheels.

This factory-built and stunning Porsche 962C-131 is sold in race-ready condition and is eligible for all the prestigious historic events reserved for these legendary, long-distance Group C cars.