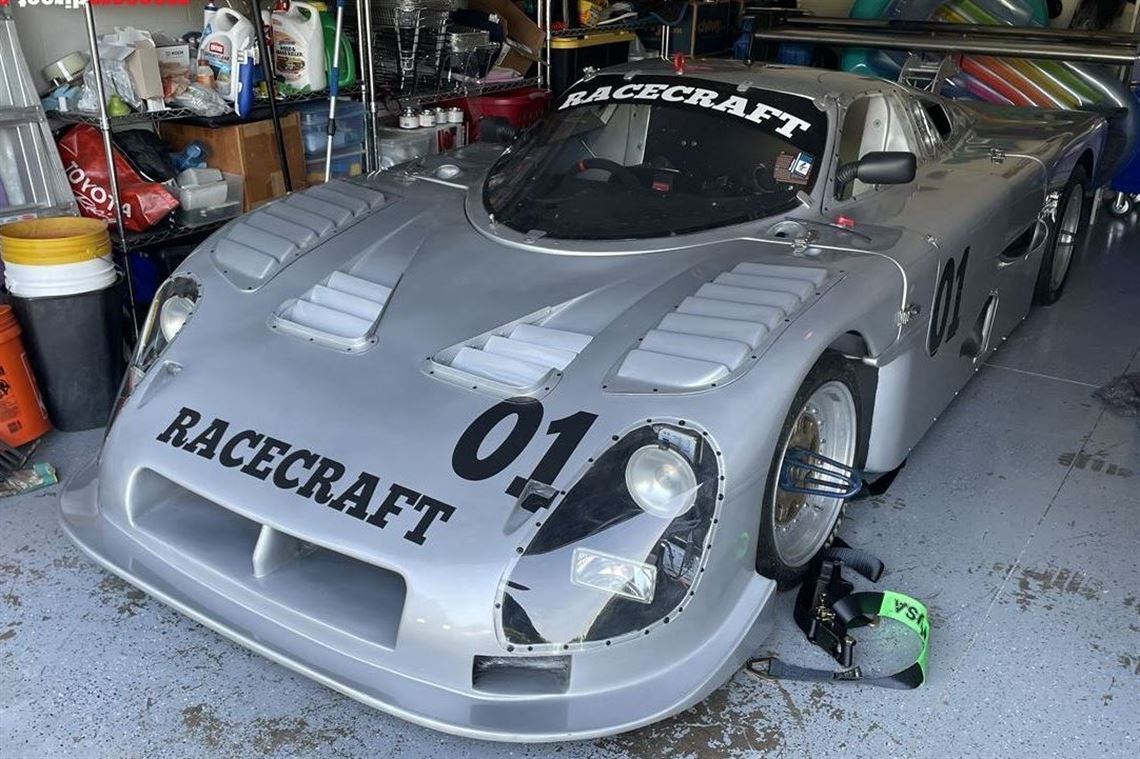 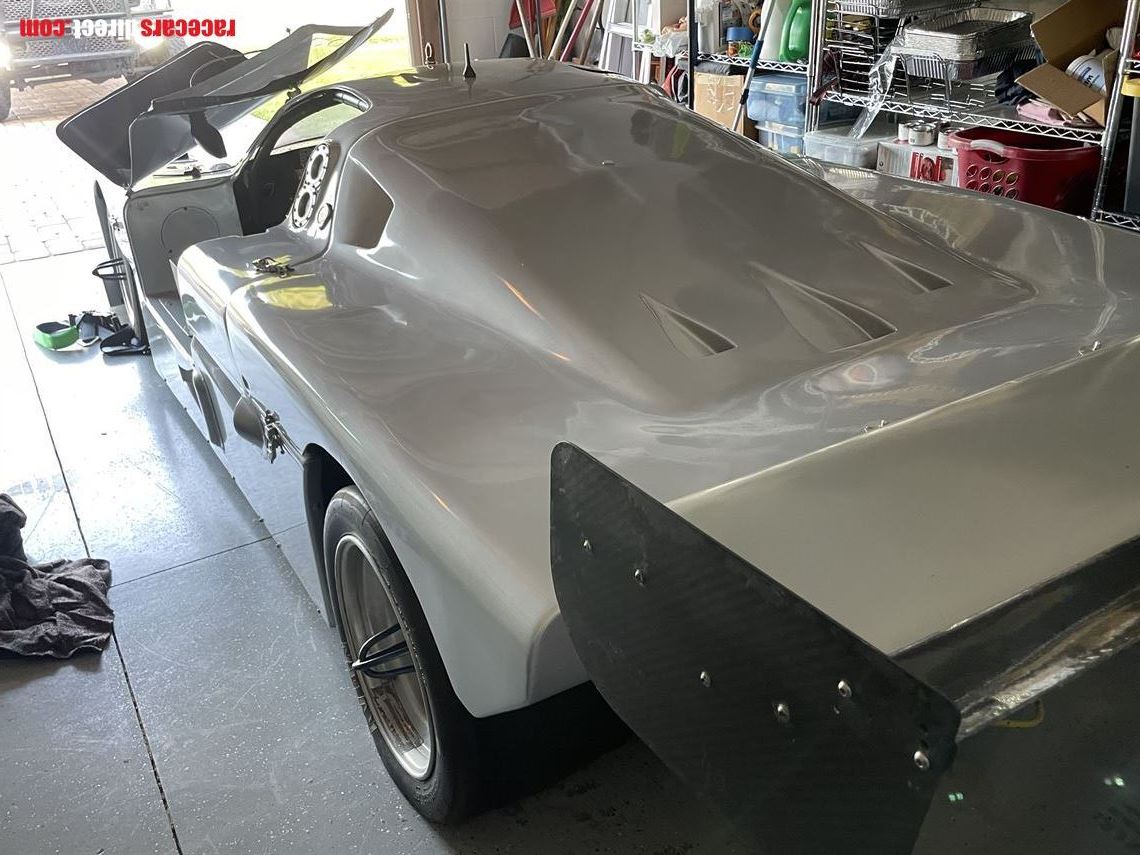 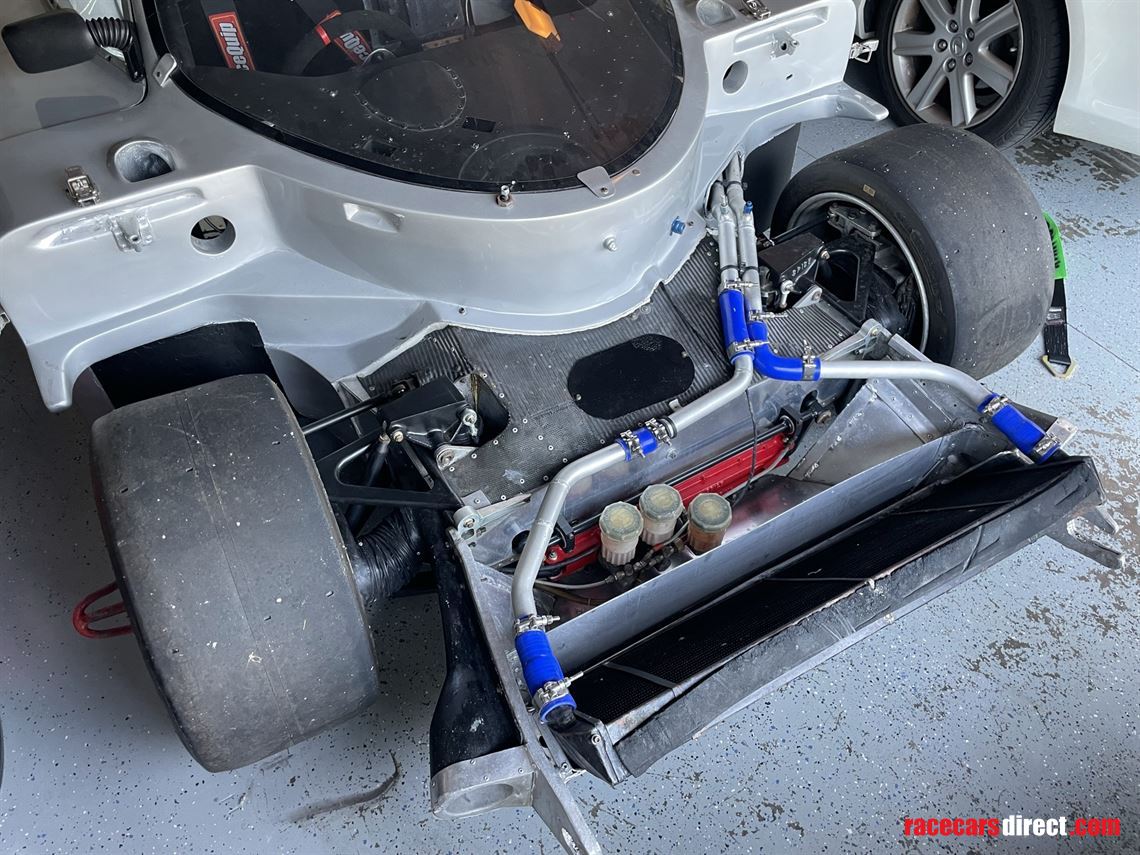 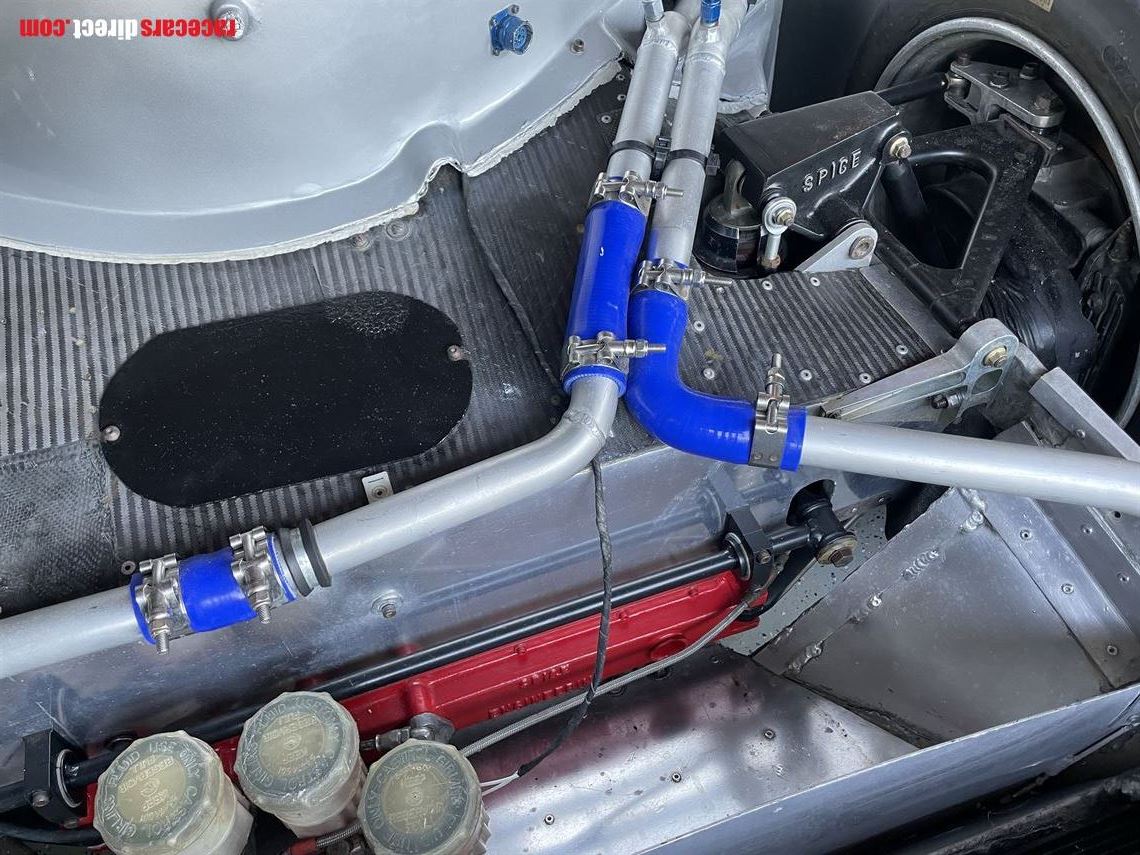 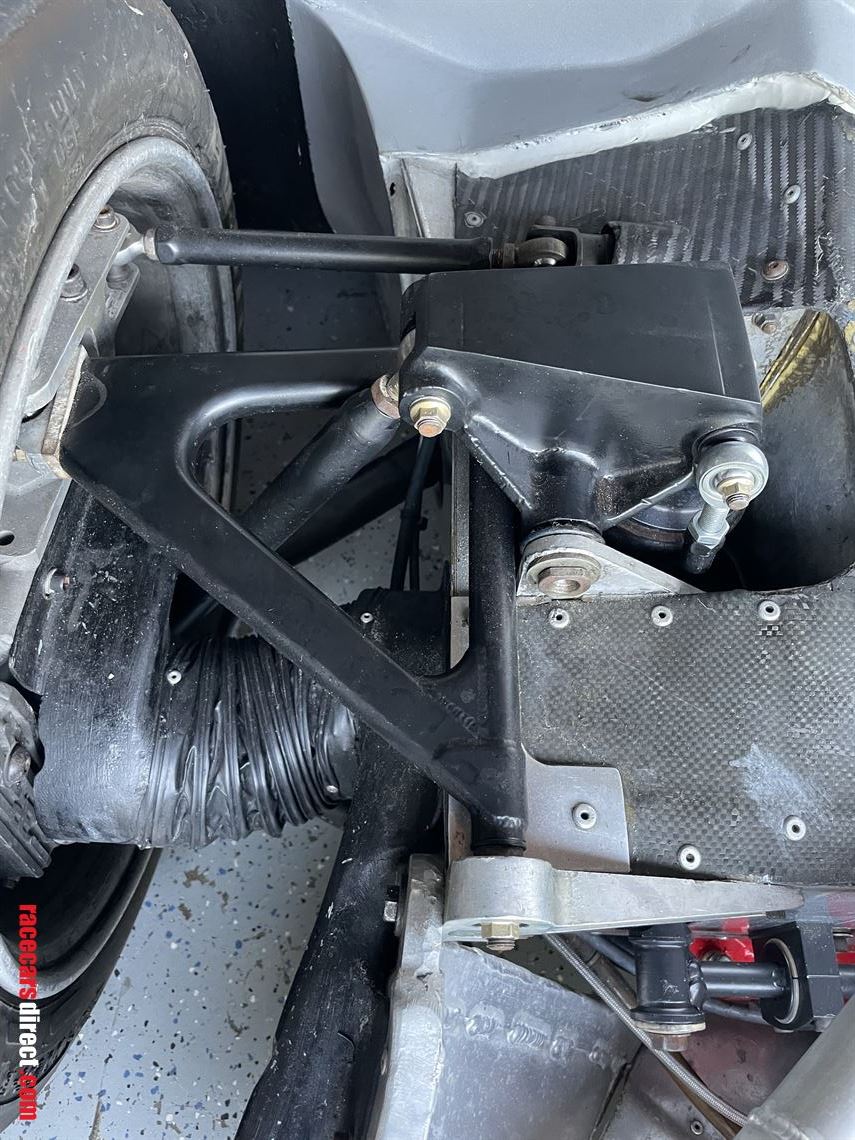 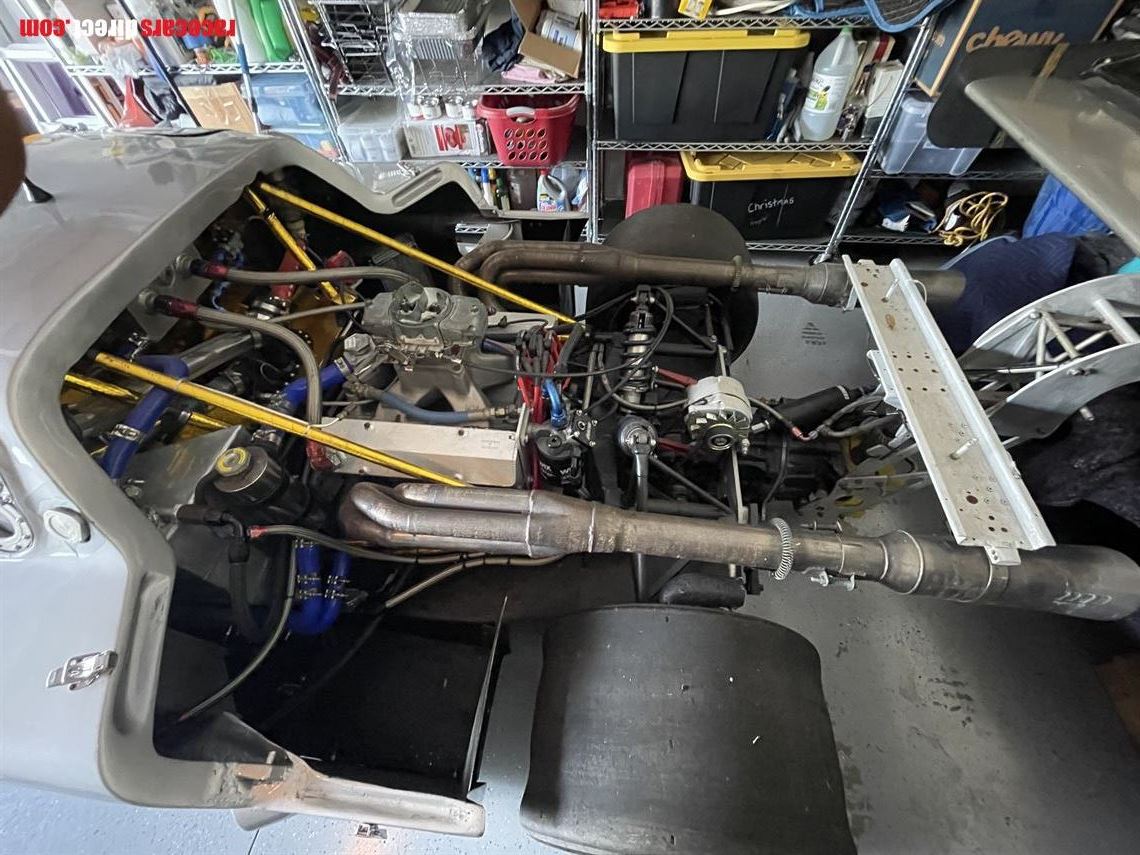 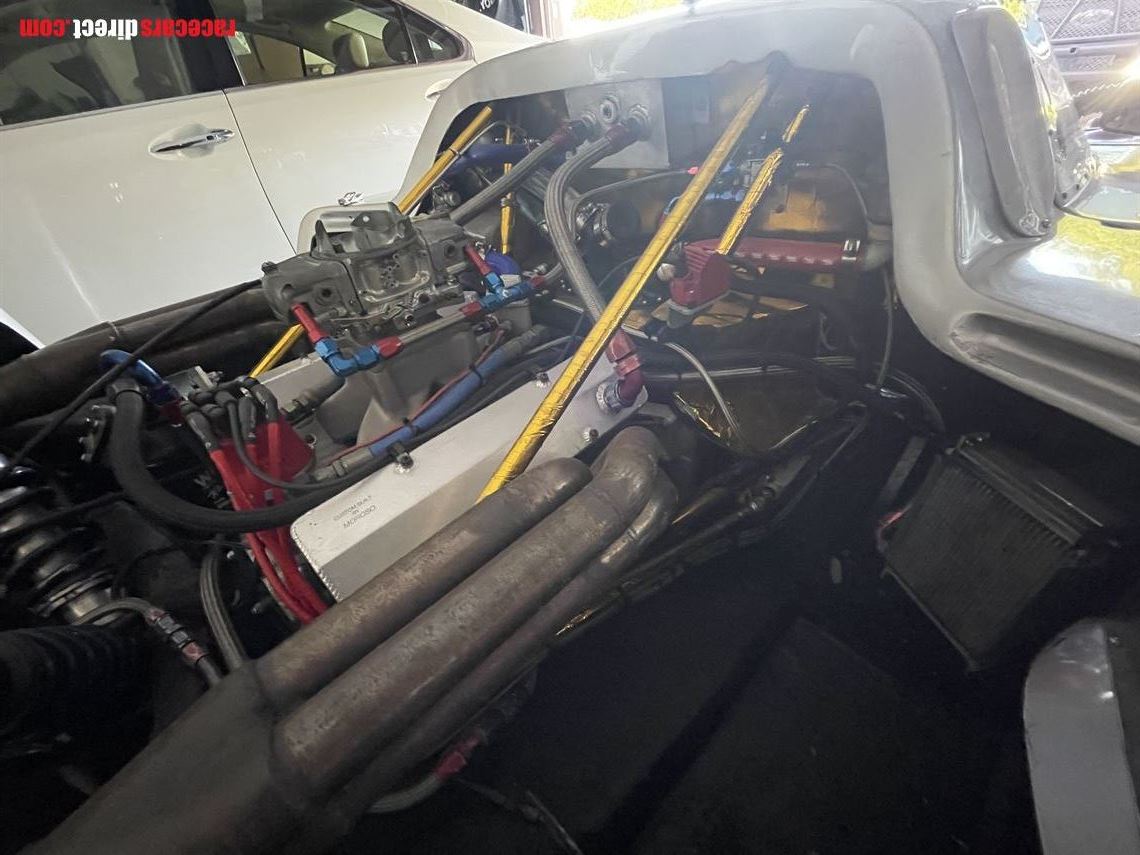 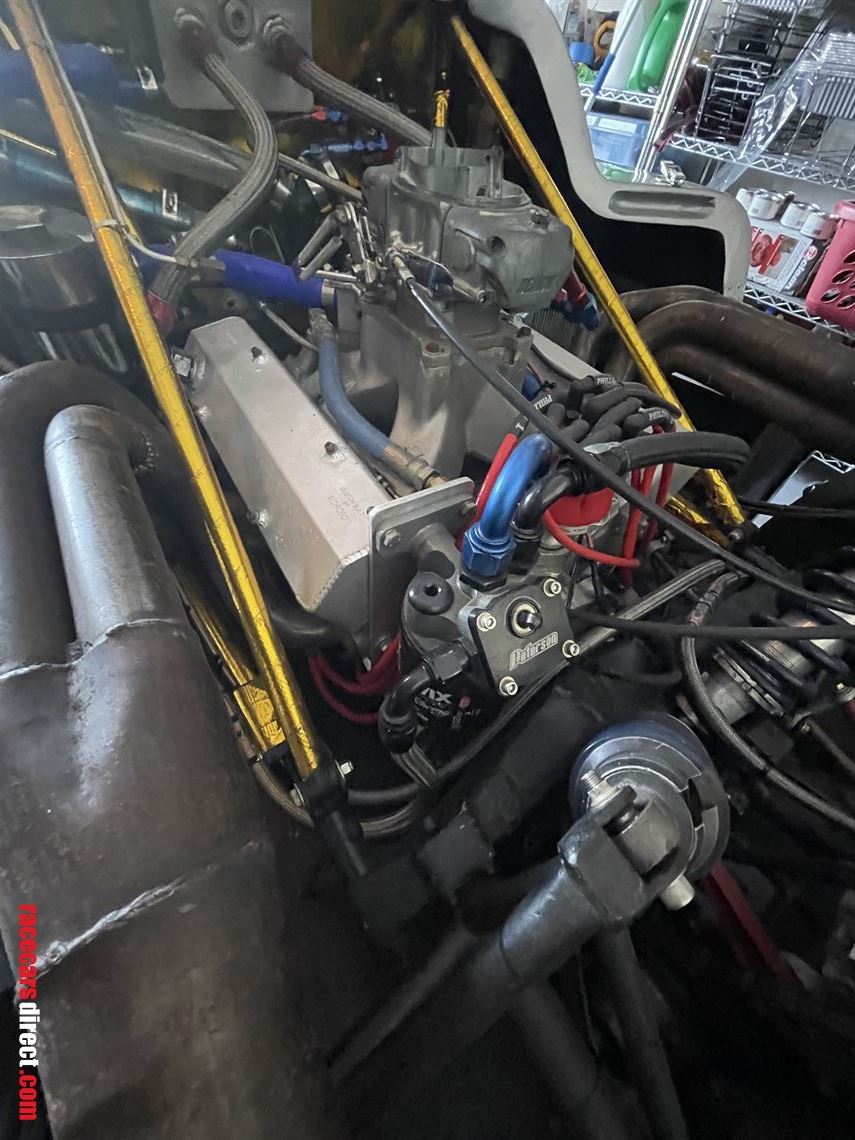 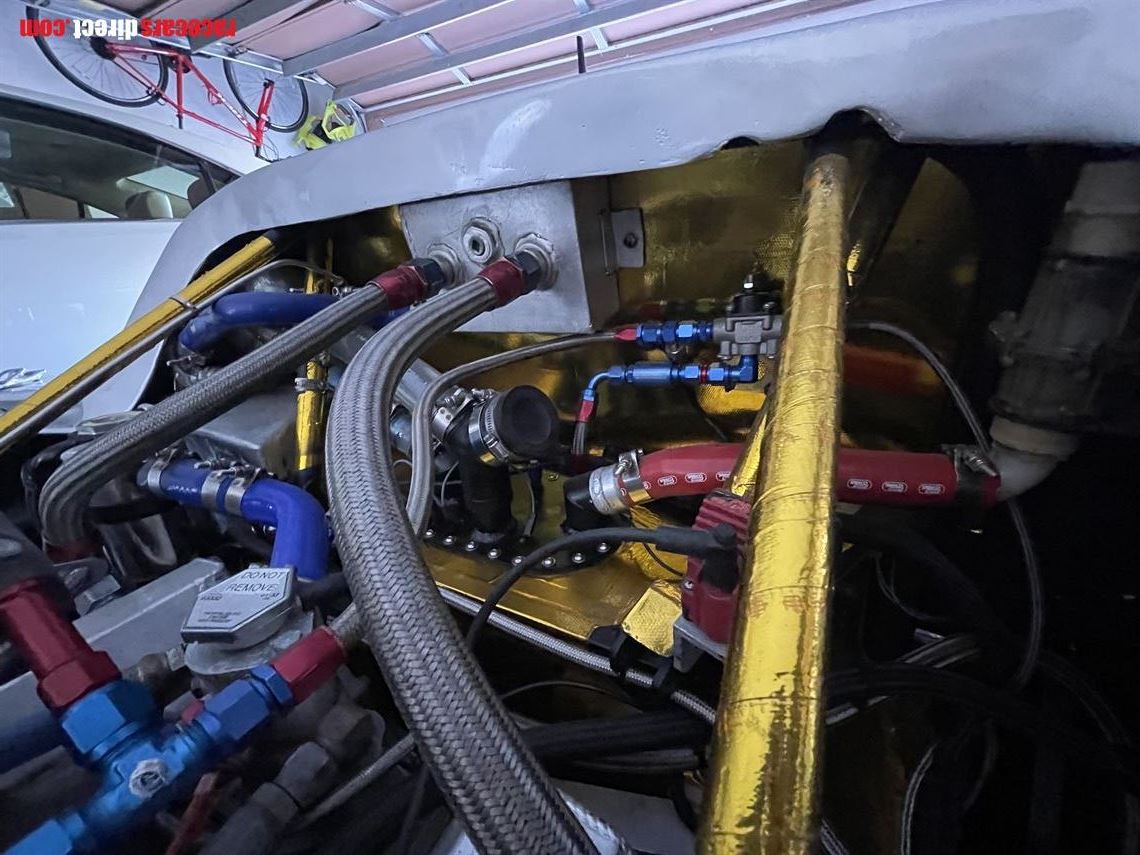 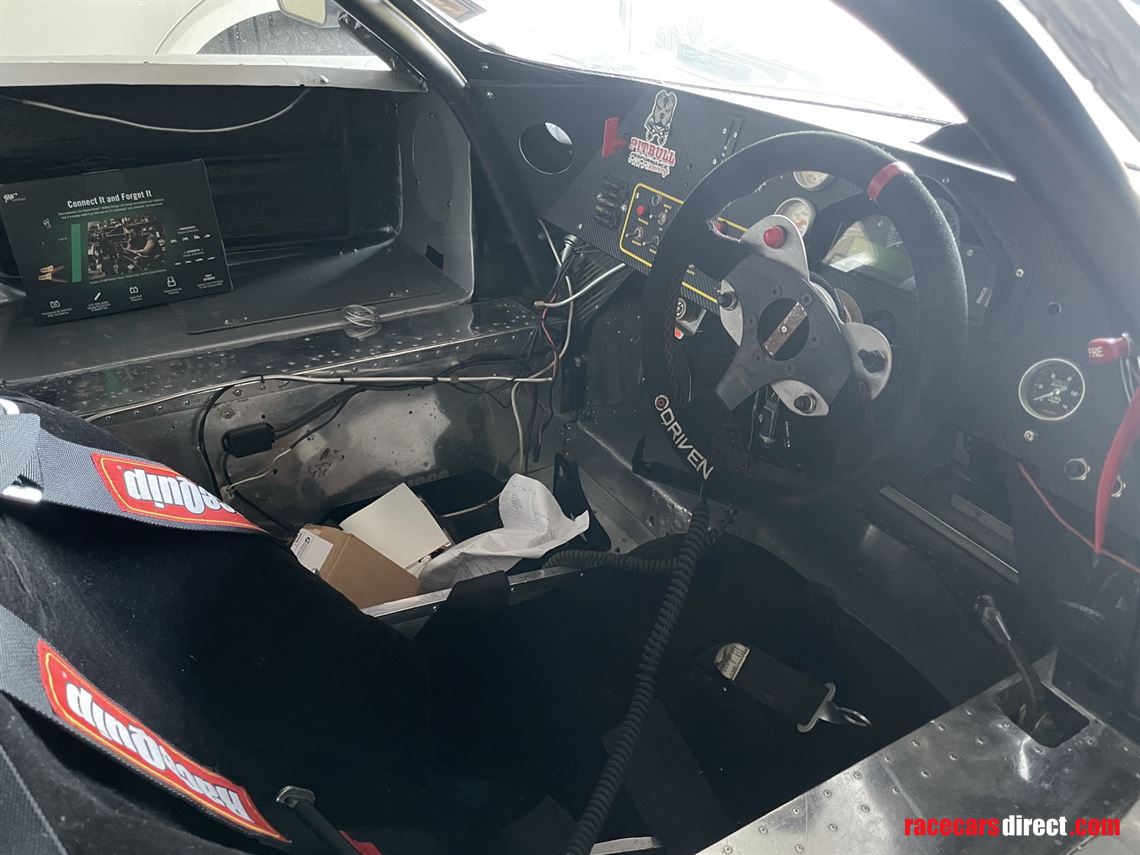 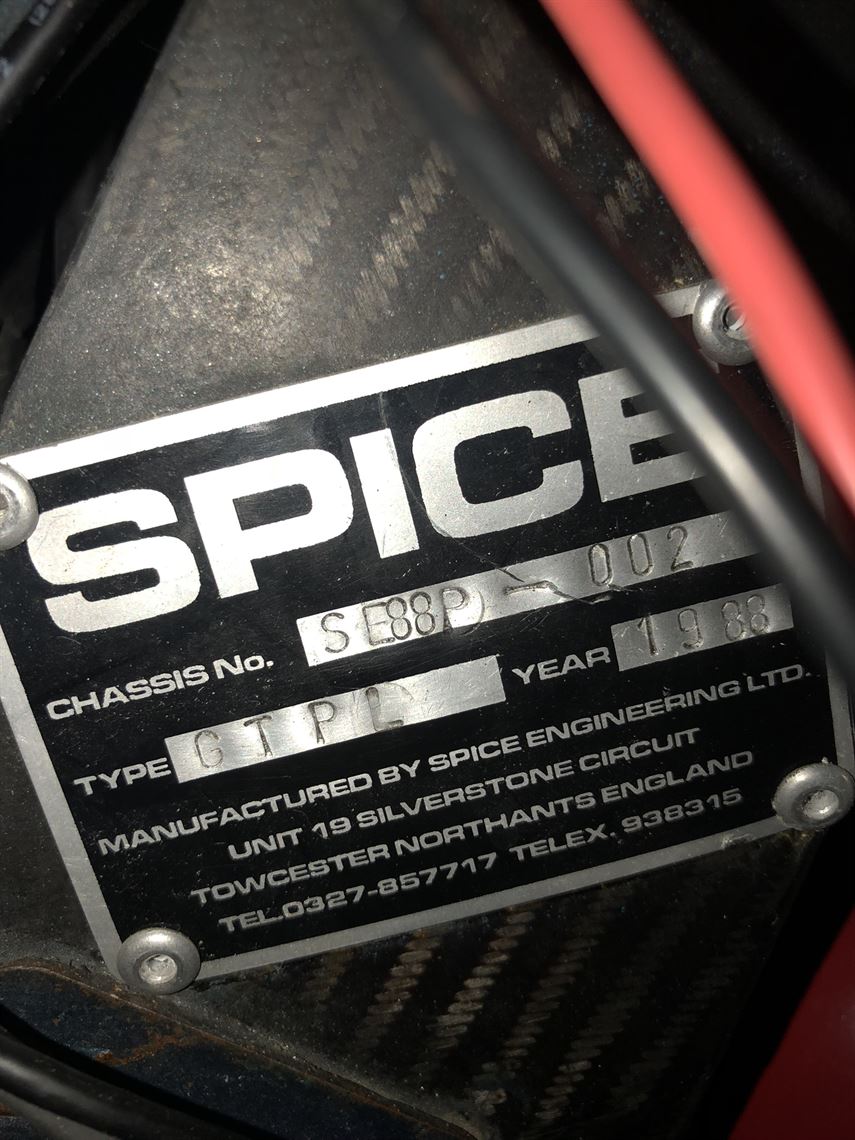 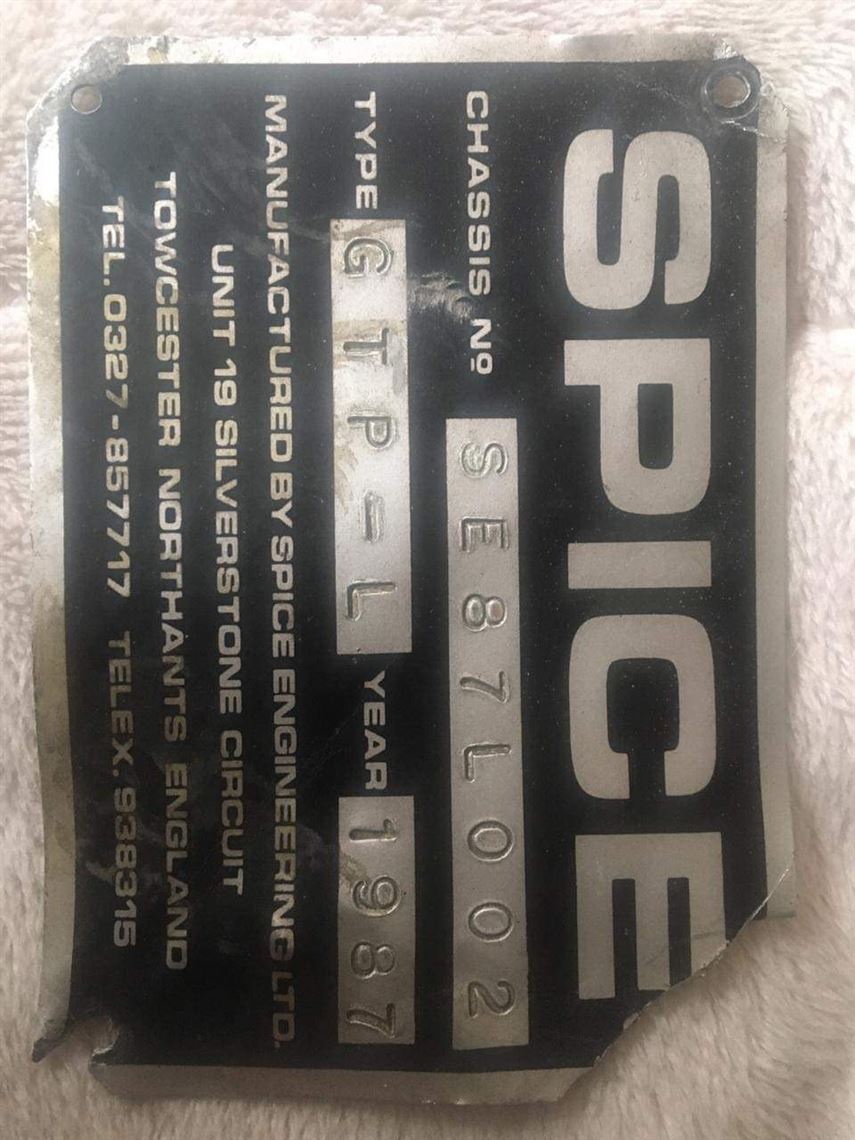 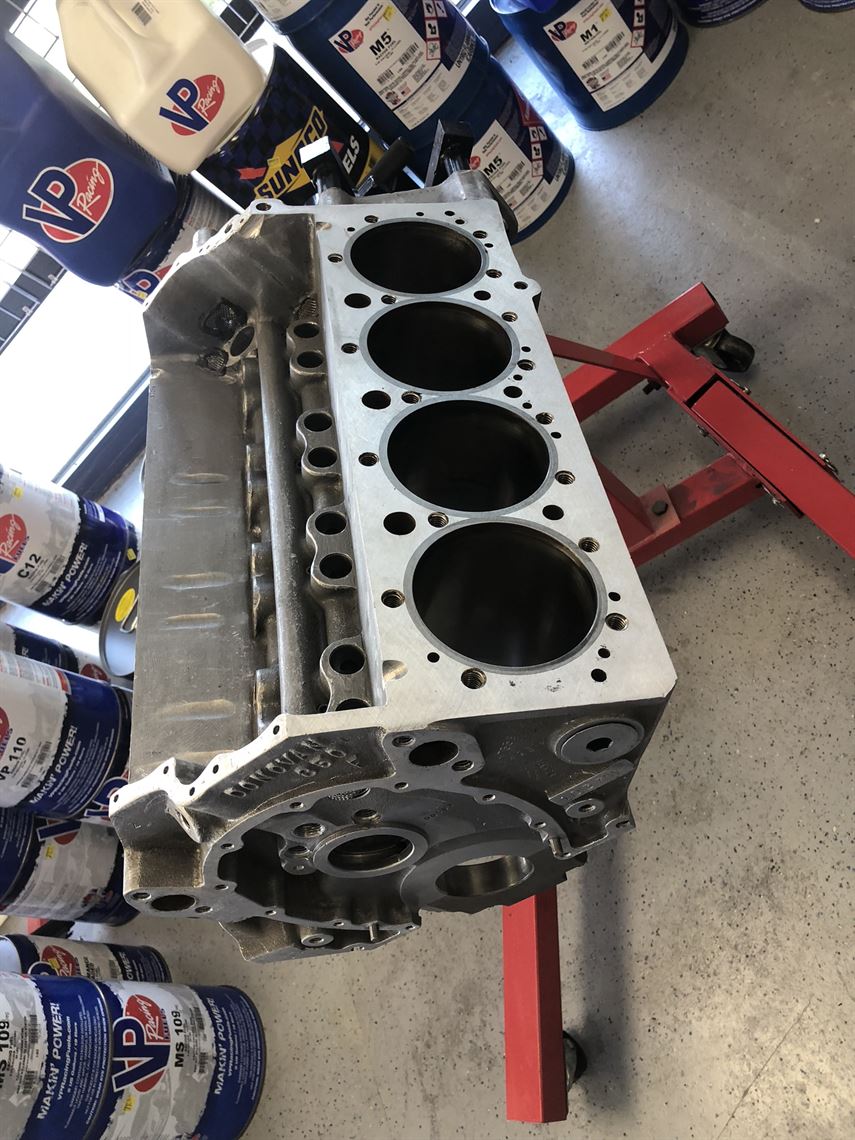 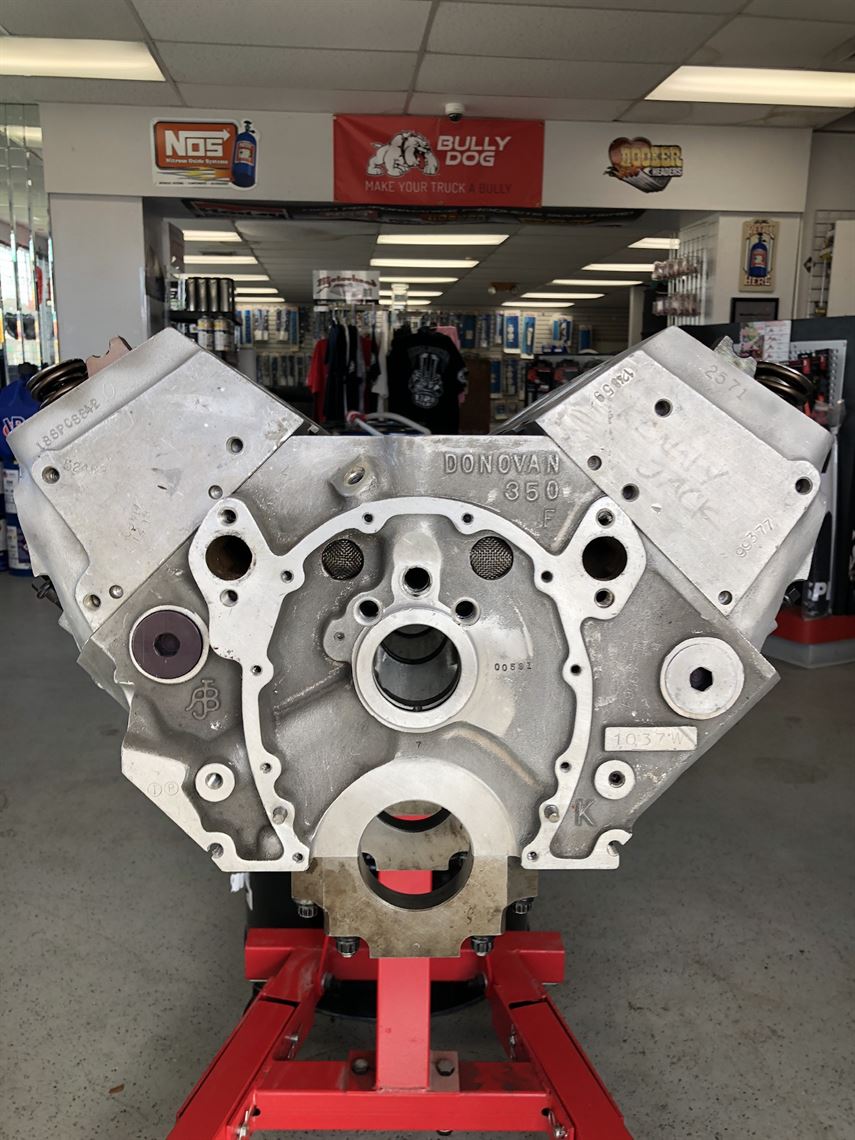 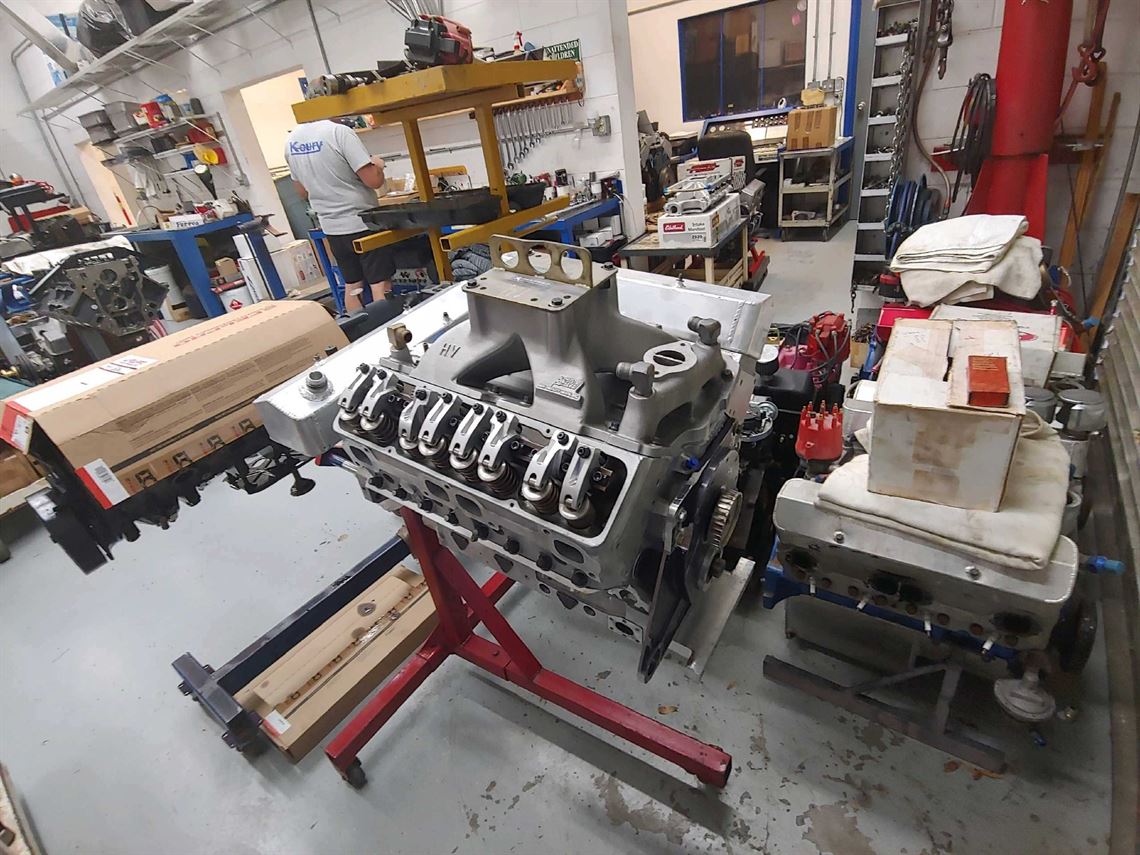 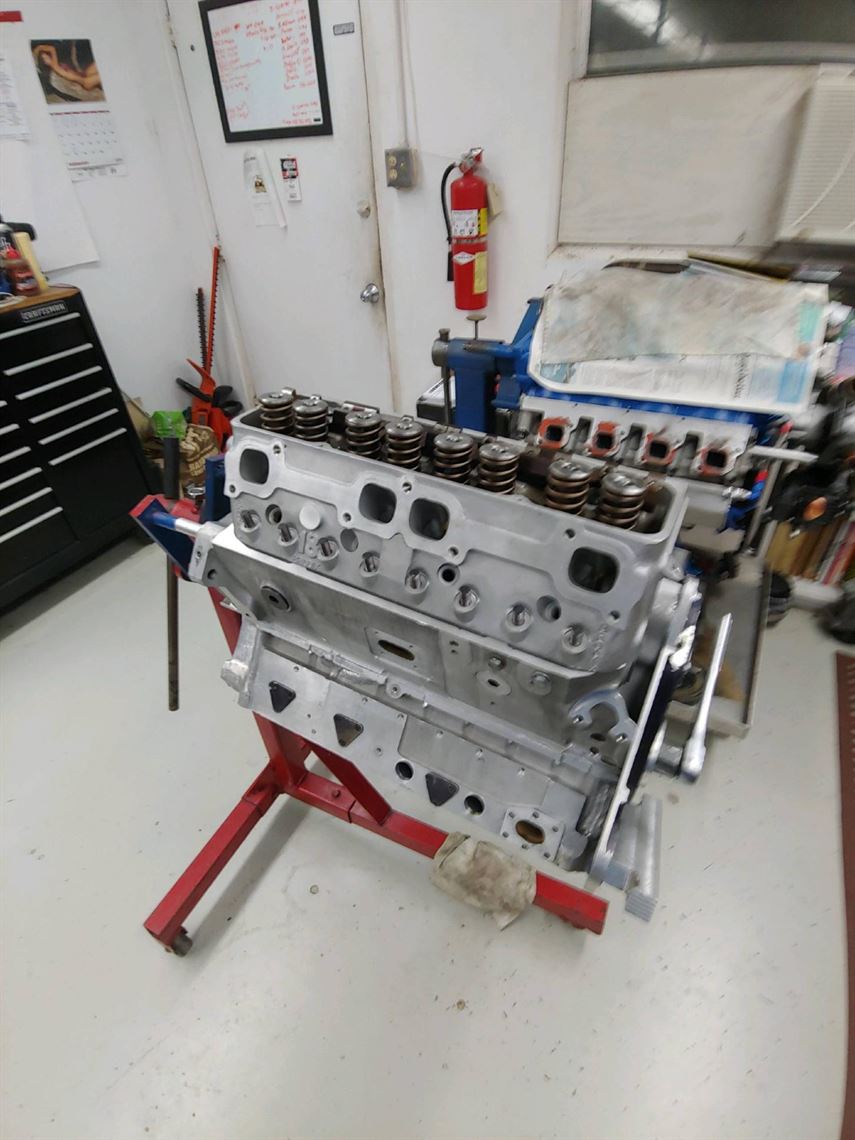 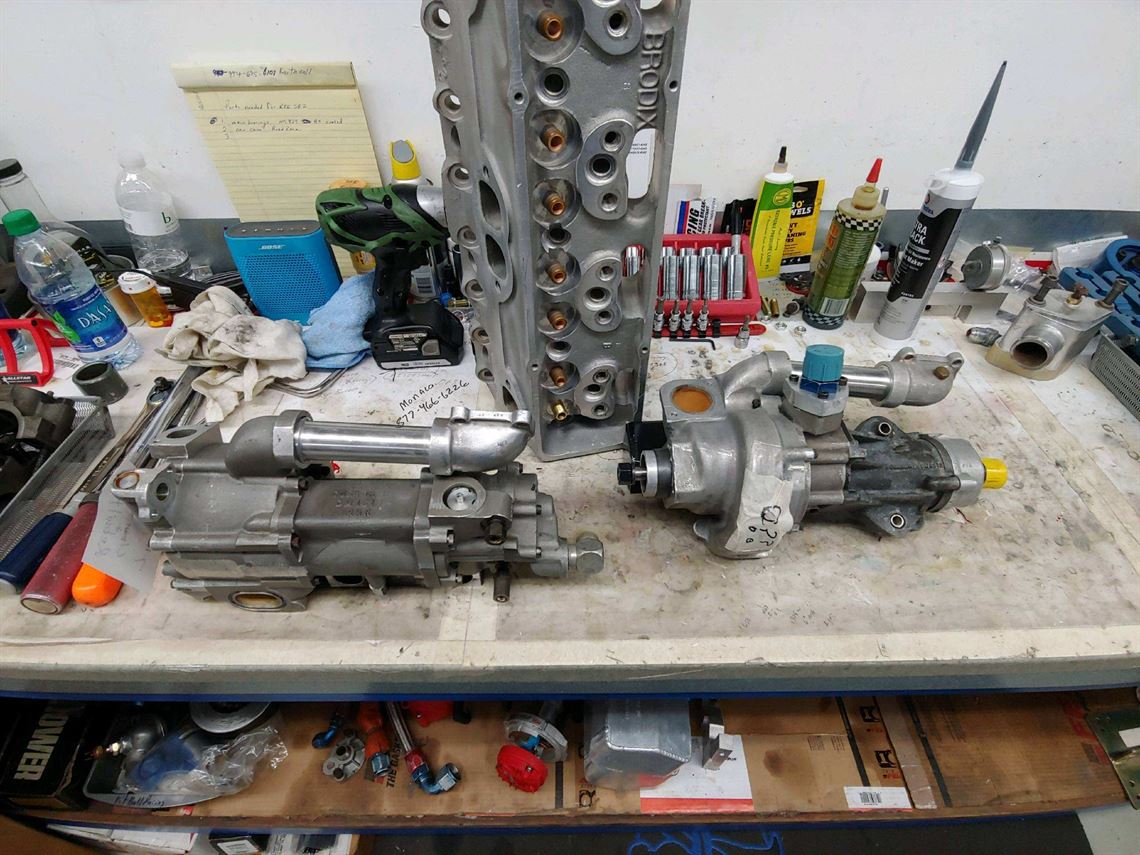 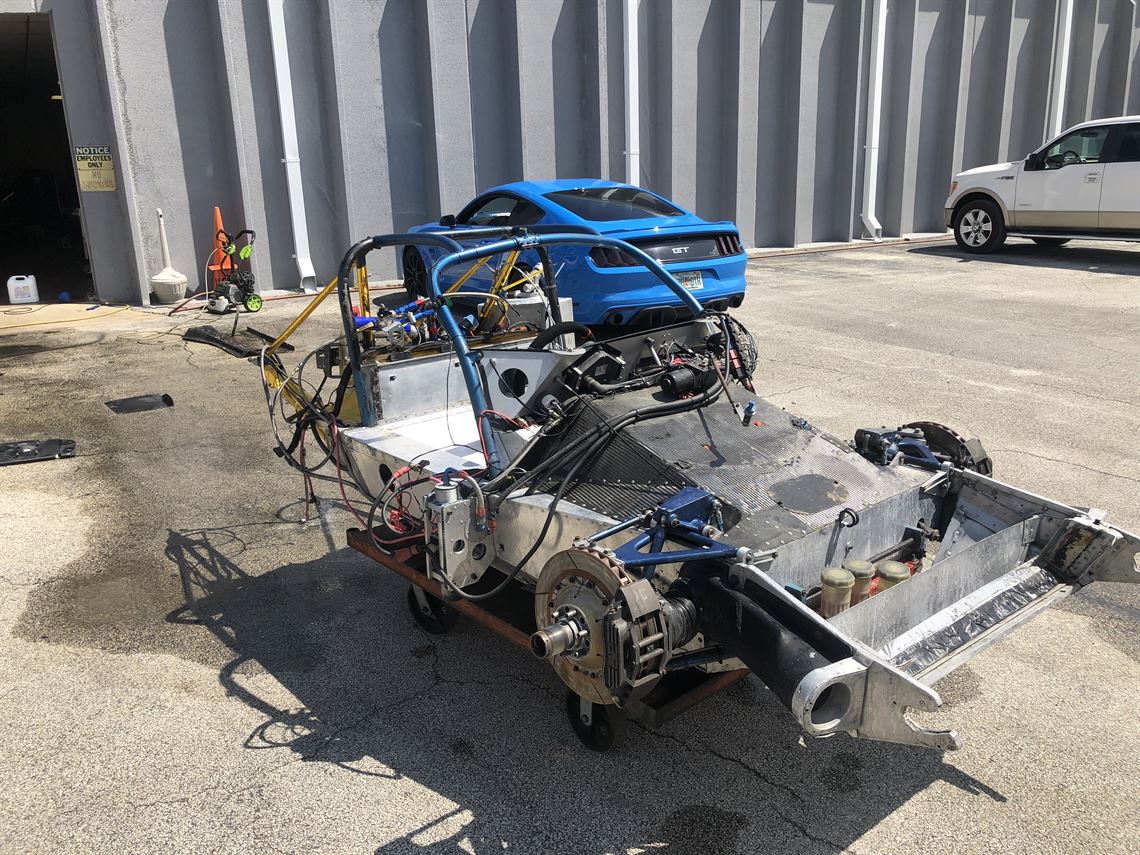 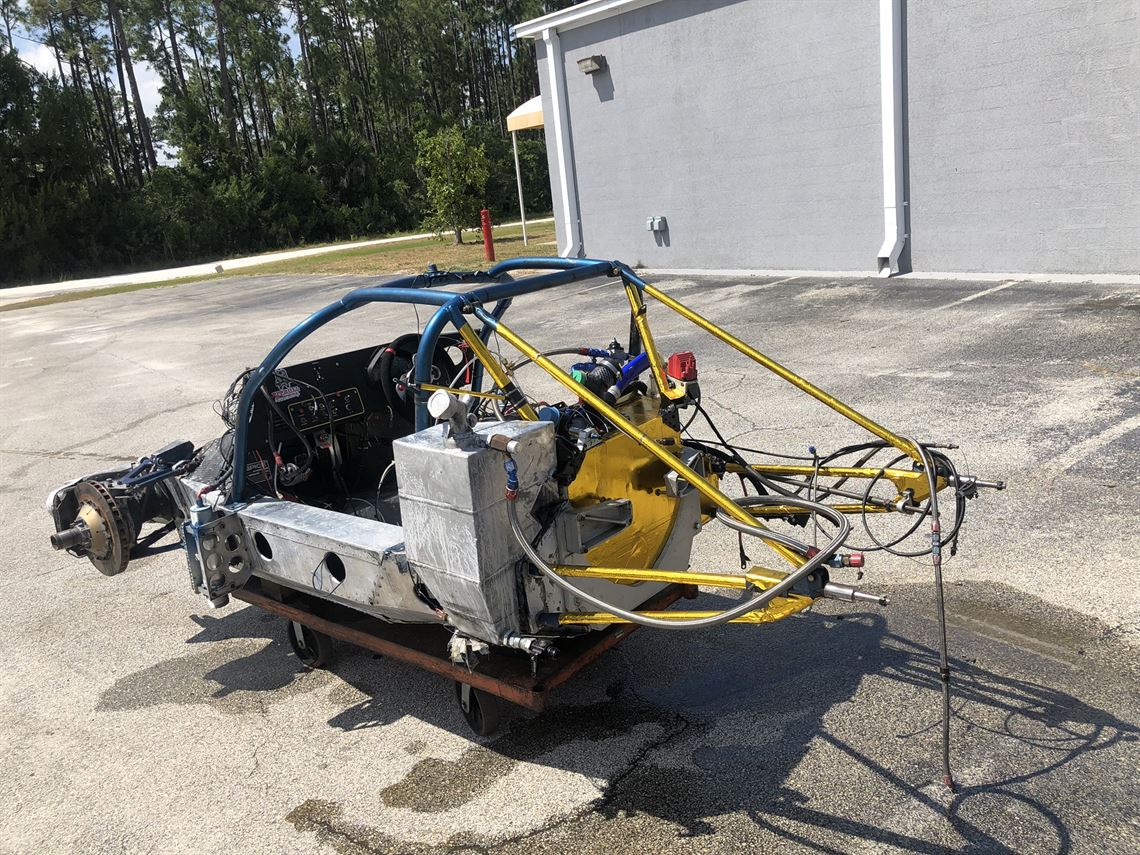 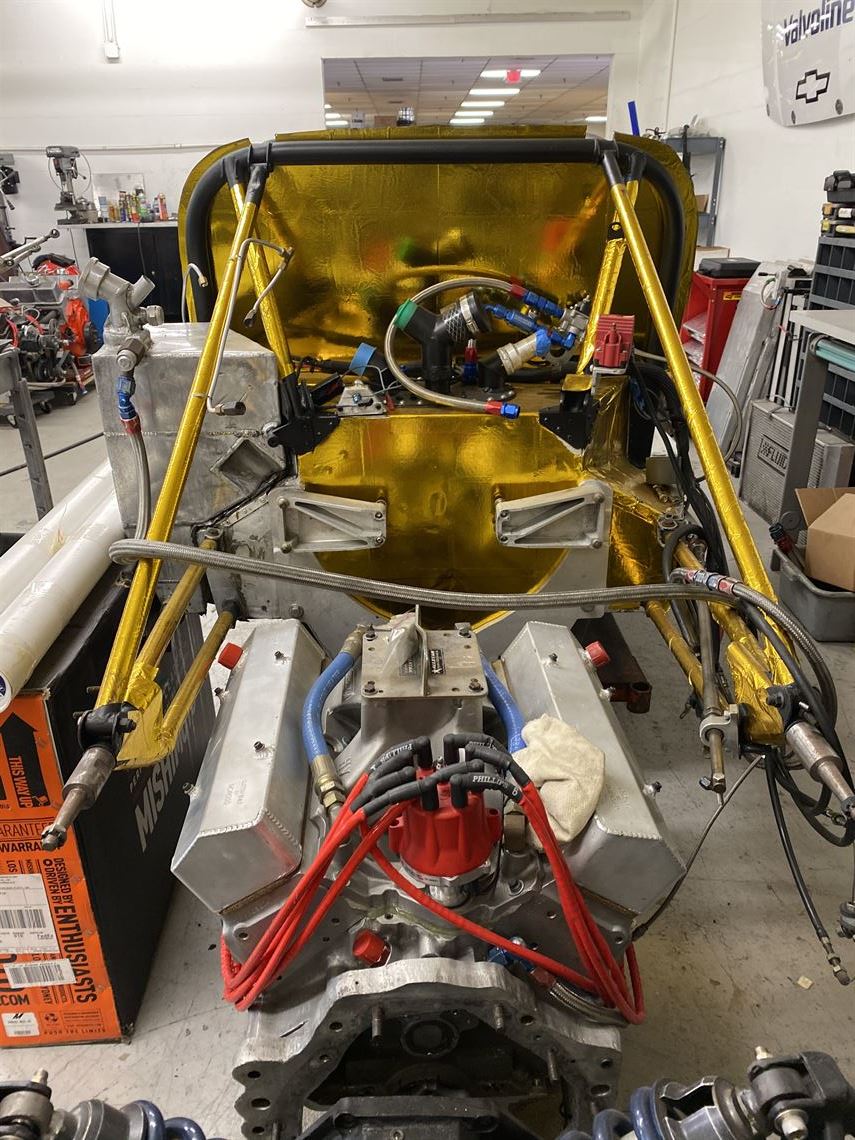 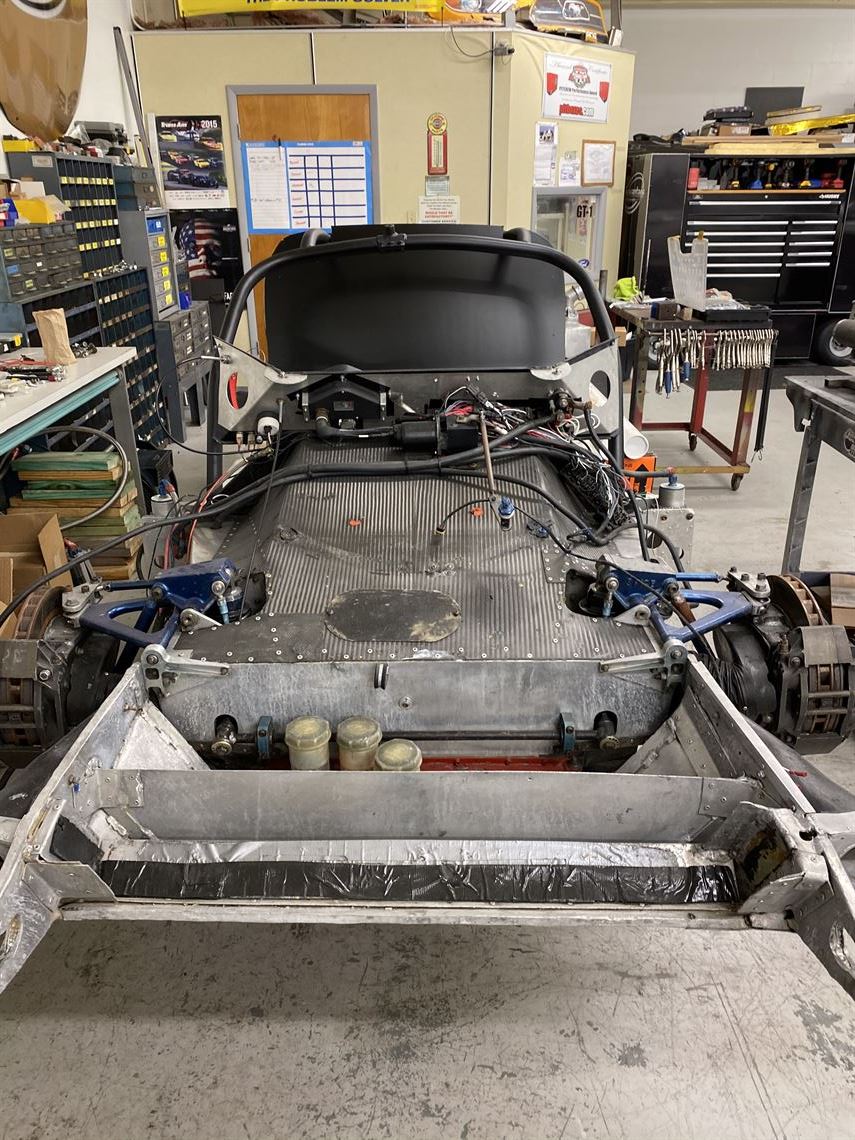 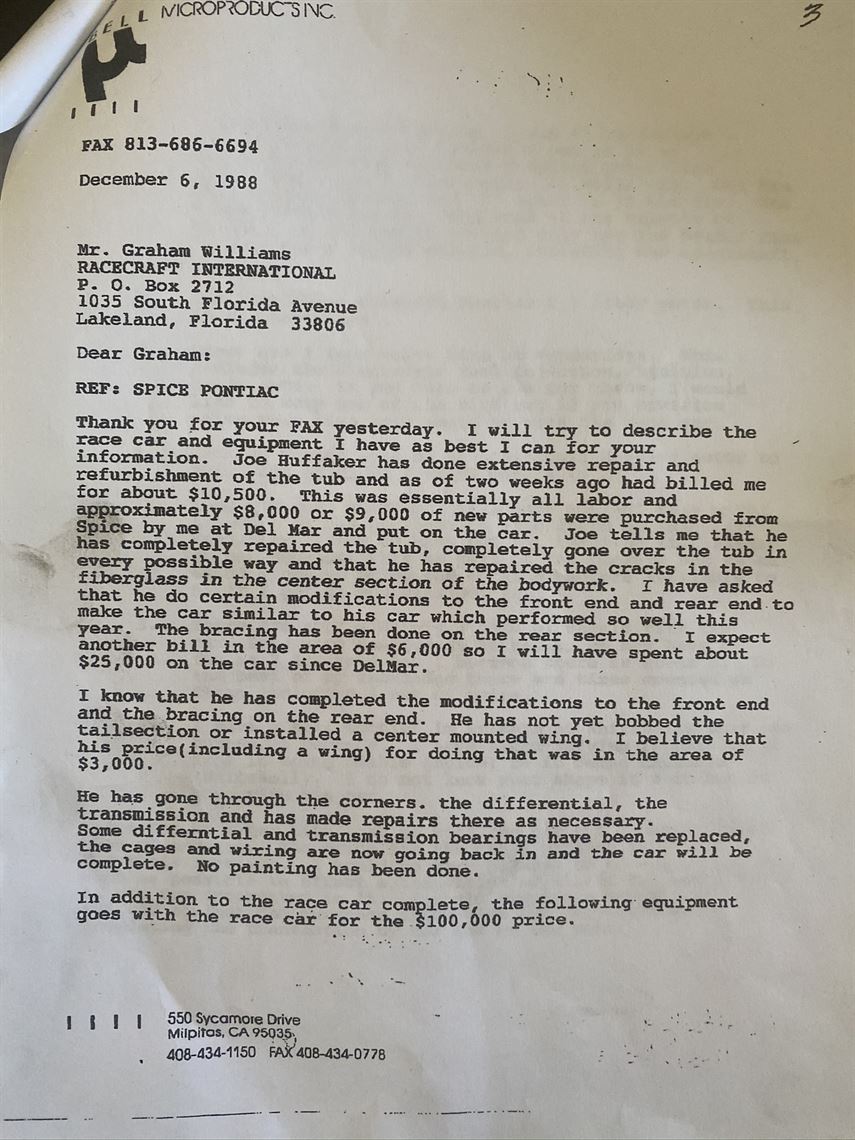 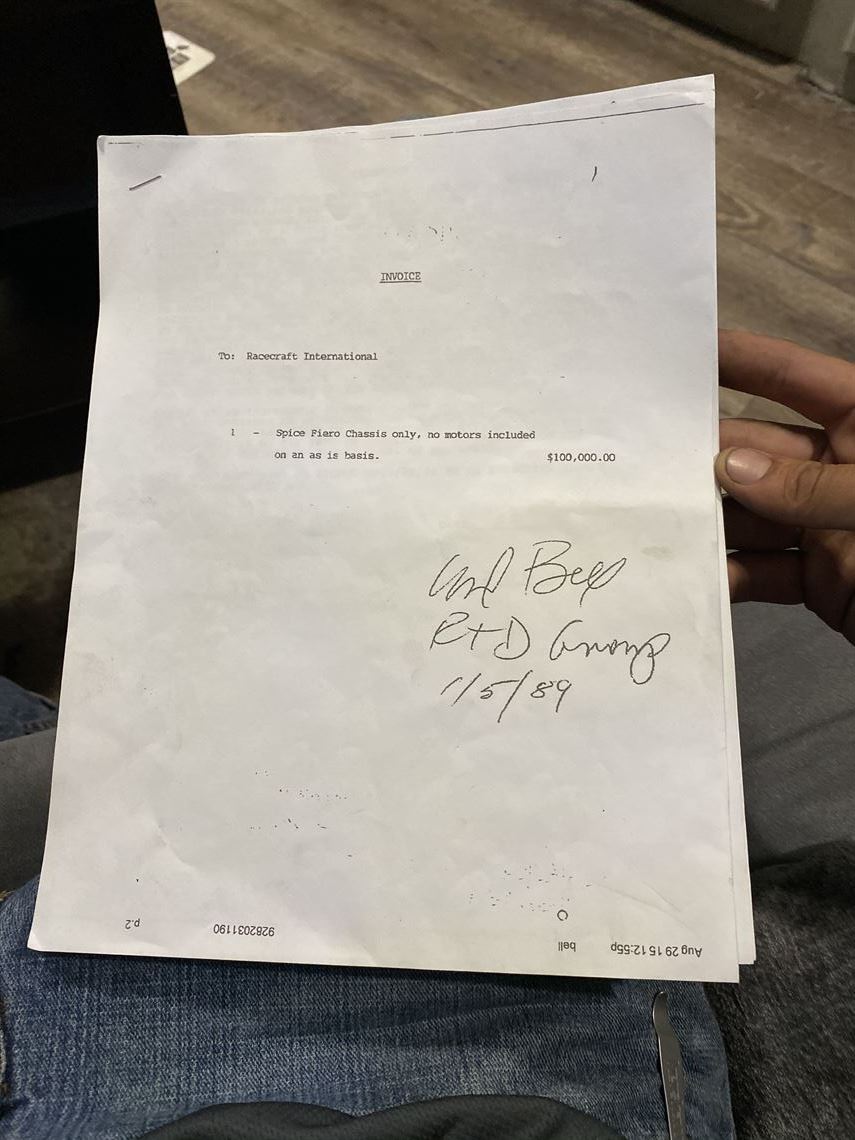 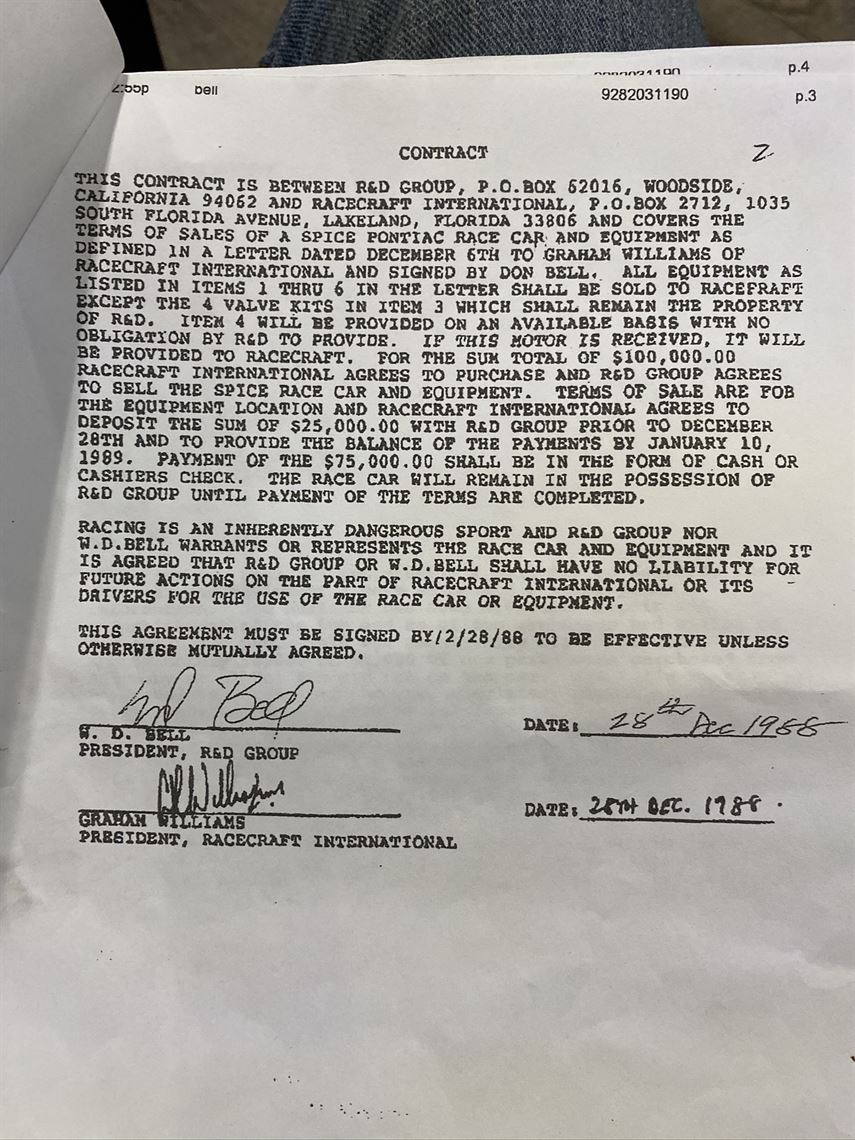 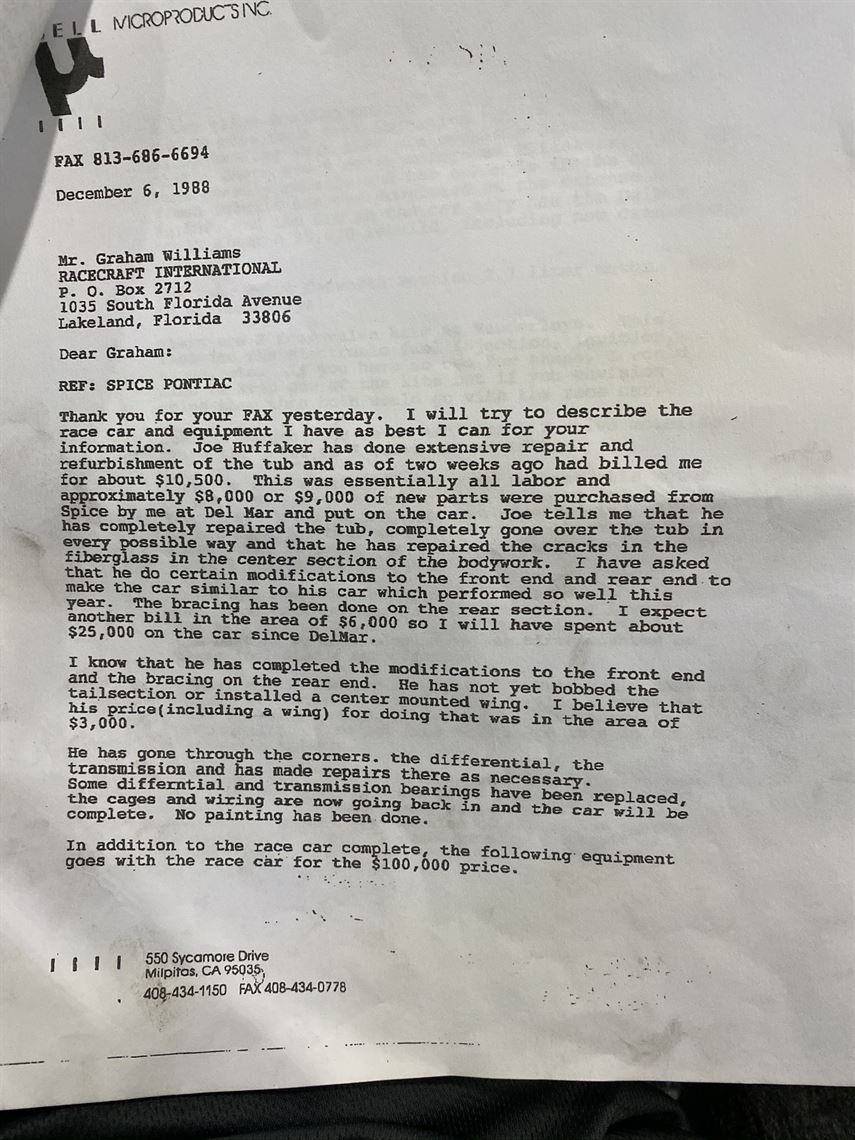 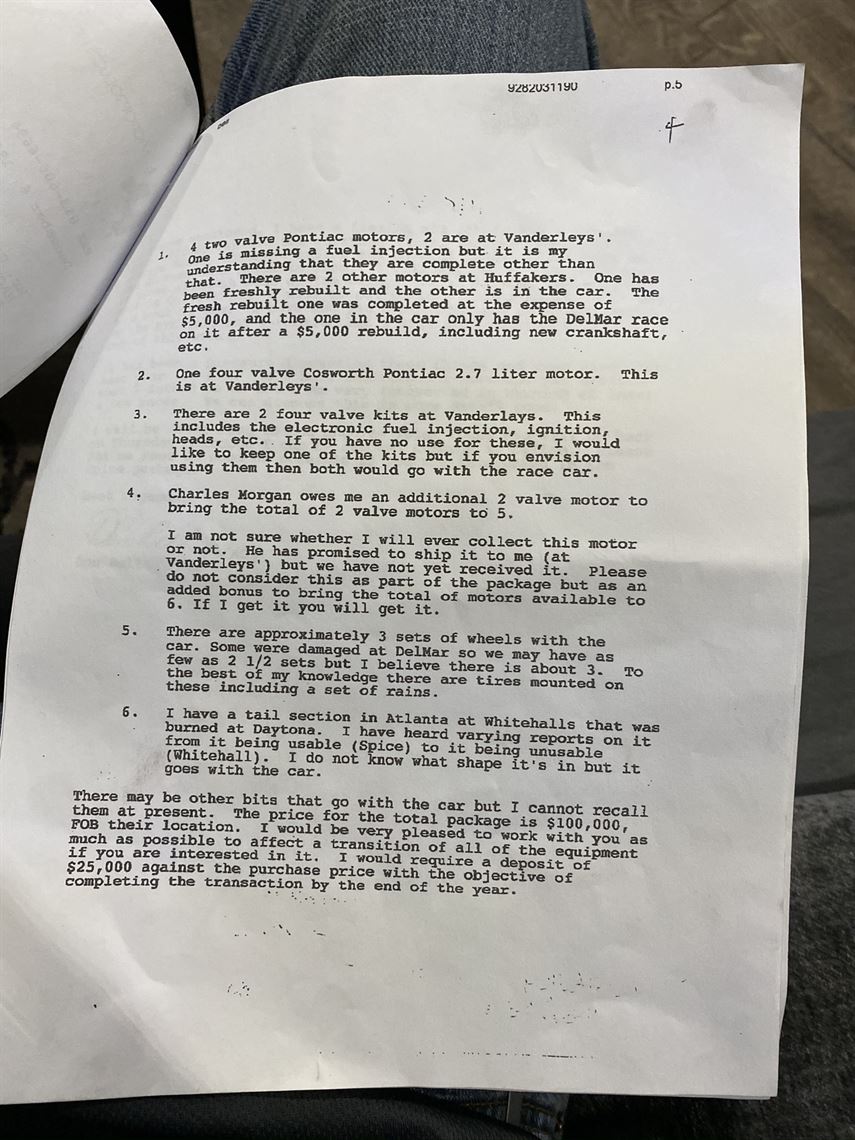 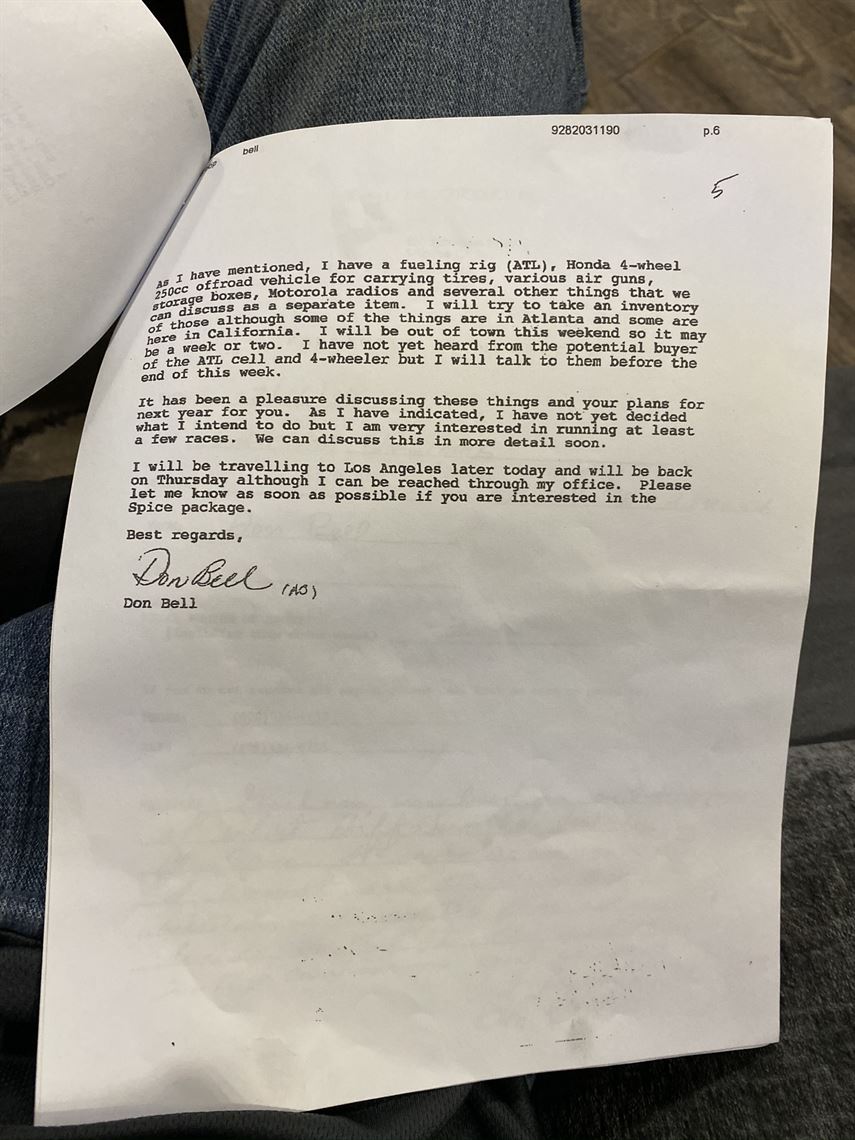 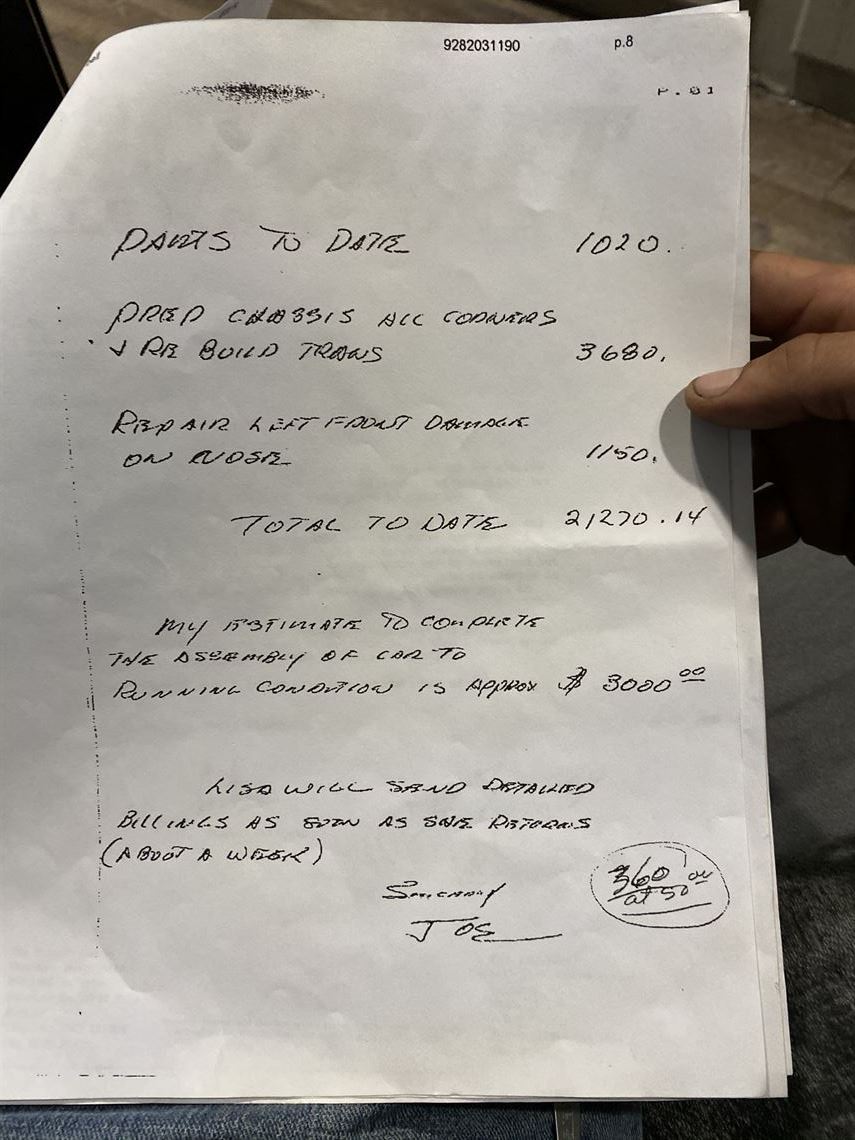 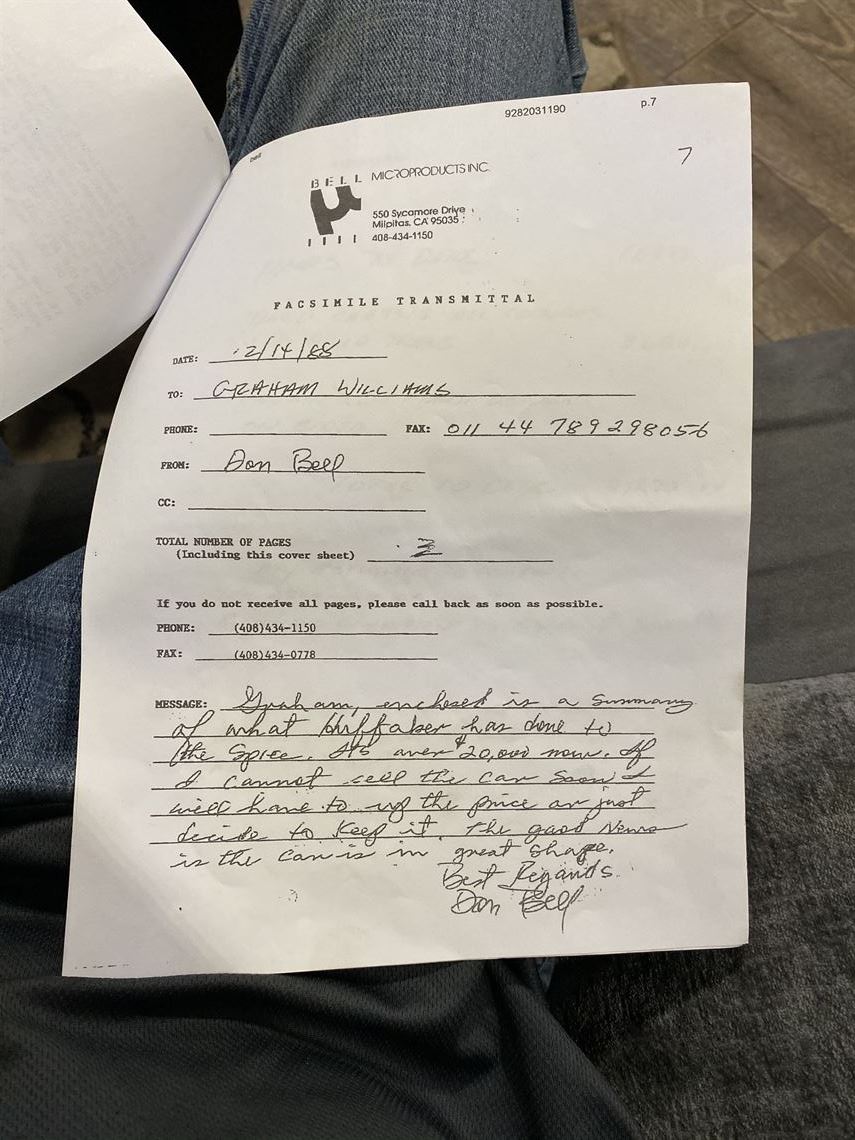 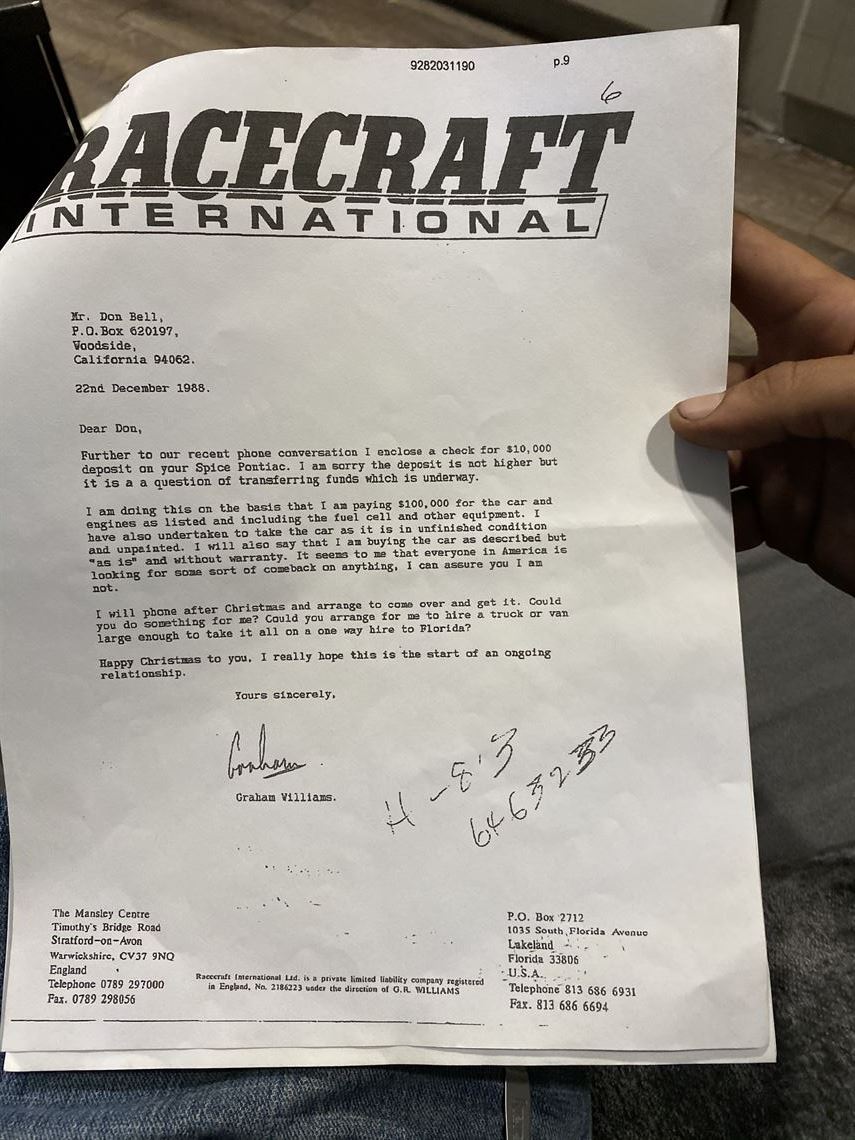 This Spice GTP has been completely gone through. Ask for pictures of car when we had the body off and repainted. The car has brand new tires, new brakes, new fluids, new clutch, suspension fully gone through with all new hiem joints. The engine (Donavon aluminum SBC destroked to 304) was rebuild by koury inc. in Deland Florida with all new internals. The cylinder heads have been redone by Champion Heads in Palm Coast Fl. The wheel hubs have been refreshed by Buddy Hendricks Motorsports in Dayton Beach. The Hewland DGB gear box was re geared for Daytona by Hutson Historics out of New York. We have plenty of documentation of the rebuild as well as history of the car. Ask for more info and pictures. INCLUDED INTH THE SALE IS MULTIPLE WINDSHIELDS, 3 SETS OF WHEELS 2 SETS HAVE BRAND NEW TIRES, A SPARE NOSE AND DECK AS WELL AS 2 WINGS (SHORT TRACK AND LONG TRACK), EXTRA GEARS, SPARE AXLES, BUICK V6 HEADERS 2 SETS, MULTIPLE SETS OF WHEEL NUTS AS WELL AS TRANSPORTATION WHEEL NUTS FOR STRAPPING DOWN.

Throughout the 1997 IMSA season this Spice was campaigned for all sixteen races, winning six times, Daytona, Road Atlanta, Riverside, Laguna Seca, Mid Ohio and  San Antonio.  Don Bell and Jeff Kline raced this Spice to two wins in 1988 at Mid Ohio and Portland. At the end of the 1988 season #01 was sold to Racecraft Engineering and continued to be campaigned by former owner, Don Bell and others.

Racecraft ran the car as #01 through the 1989 and 1990 IMSA seasons before selling the car to HDF (Hugh Fuller) .Fullers team raced the  Spice as #54 most of 1991 , during which time the original Pontiac four "Iron Duke" engine was replaced and raced with the Buick V6 power plant.

Note: This Spice is shown on the internet as chassis #SE86L PSGTP 003 when it was sold Don Bell in 1986. The internet records show the car listed at SE87P 001 GTPL in 1987 and in 1988 the same car is shown as SE88P 001.  We have the record of ownership from Don Bell through Racecraft Engineering and through Hugh Fuller, noting it being the same car.

It is our belief that during the ownership transfer from Don Bell to Racecraft, during that time that repairs and updates were made to the car, the original SE86L PSGTP 001 chassis plate was replaced with the chassis plate showing SE88P 002 GTPL (not the SE88P 001, as shown on the internet) . This was done to allow for the car to race a few more years in IMSA, which it did.

The Spice was transfered to Miamian, Mario Alberti and he sold it in 1995. For twenty years the Spice was lost to South America. Don Giovanni Vitalli of Bogata, Columbia, owner of Don Giovanni Pasta owned and raced the car in South America, winning  several six hour endurances races. It was while in Columbia, the Chevrolet V8 replaced the Buick V6 engines in the Spice.

Re-imported into the U. S. in the spring of 2015. The 6.2 liter Chevrolet competition engine was dissassembled, checked out, new standard bearings and gaskets install and re-assembled. The engine was as advertised coming out of Columbia, totally fresh. As is the Hewland FG, with C gearing. AP brakes, it's original Gotti Wheels (3 sets). A spare nose, tail and a spare rear wing, along with an assortment of gear sets and wind shields are also included with the sale of the car. The Spice was recently tested with excellent results.

Individual pad levellers or roll on roll off