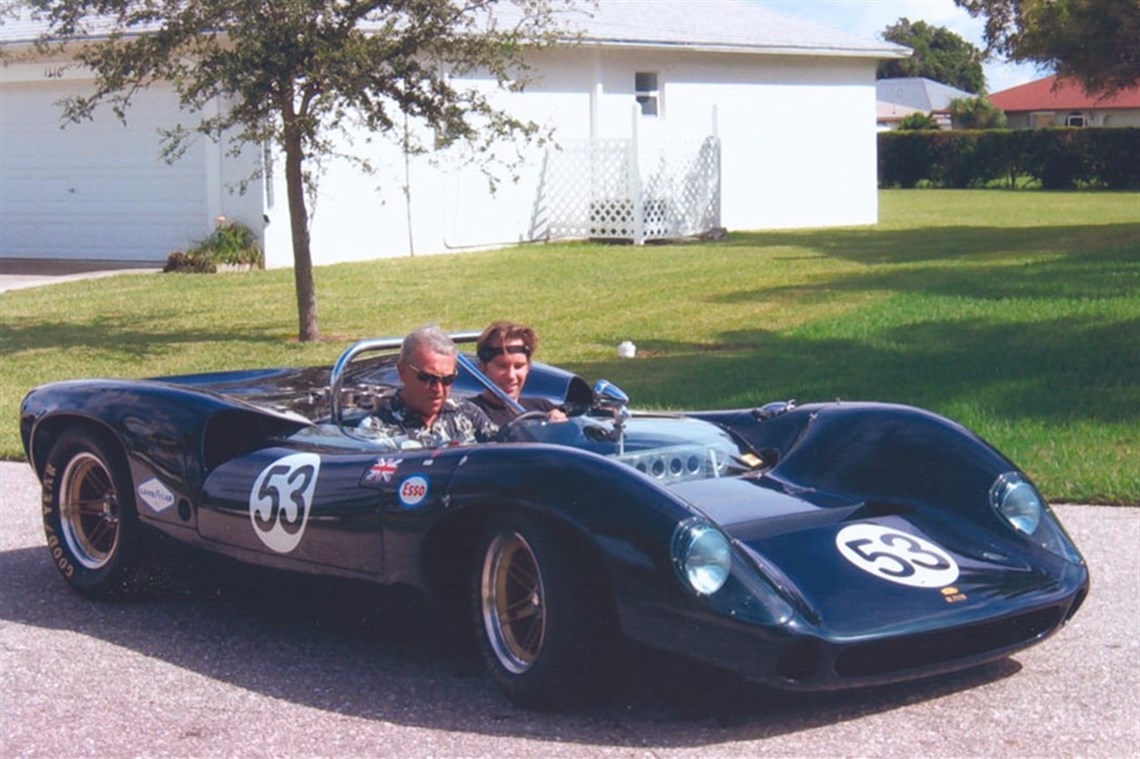 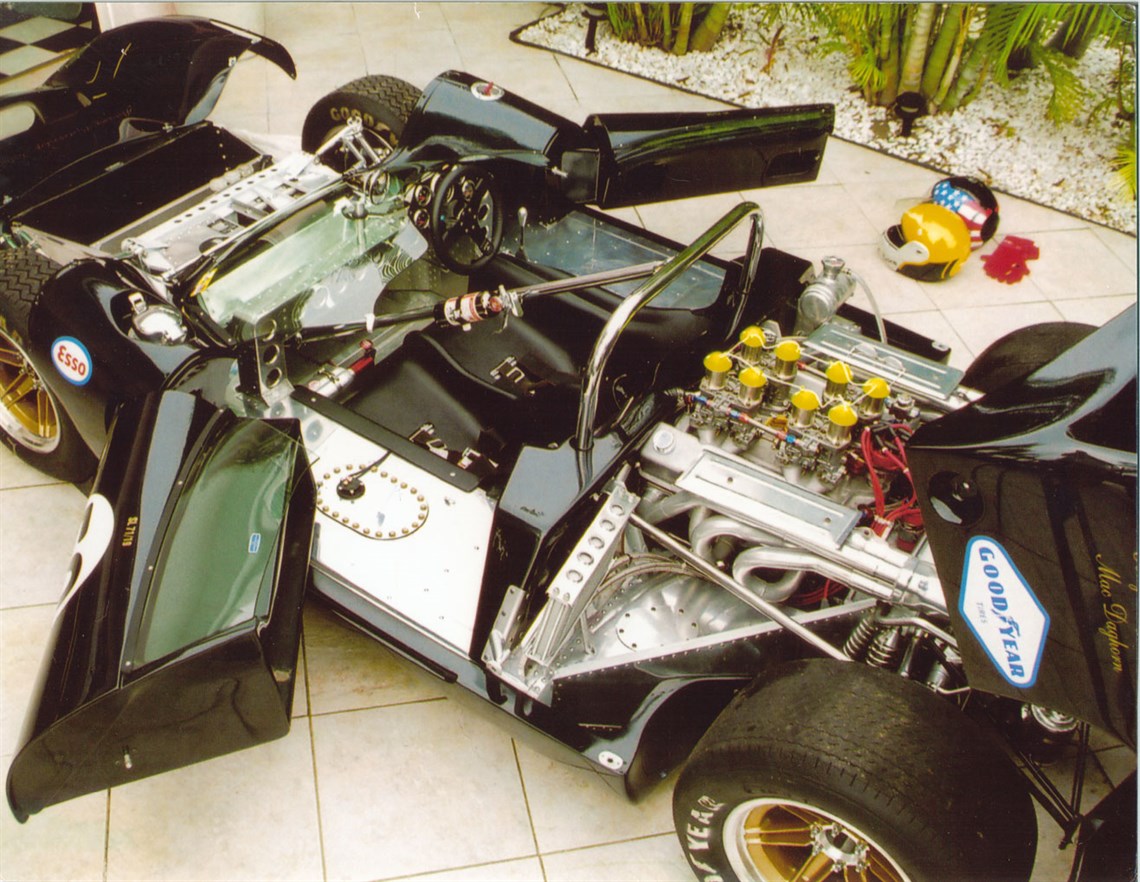 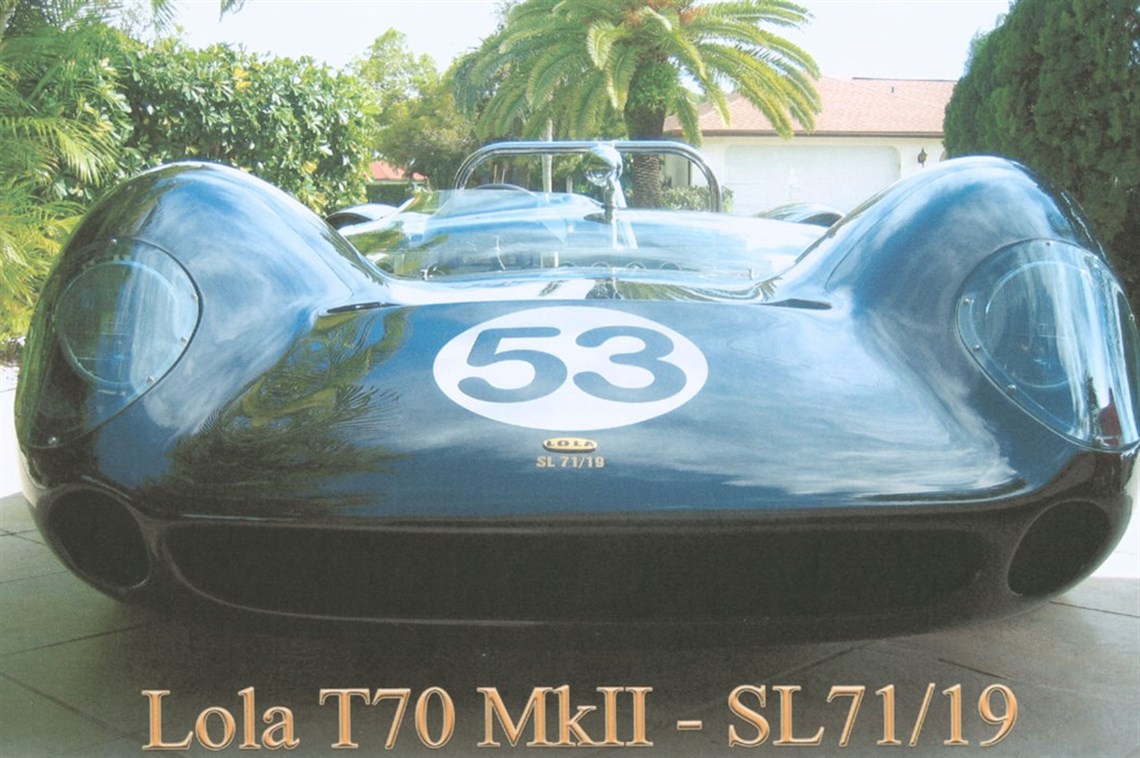 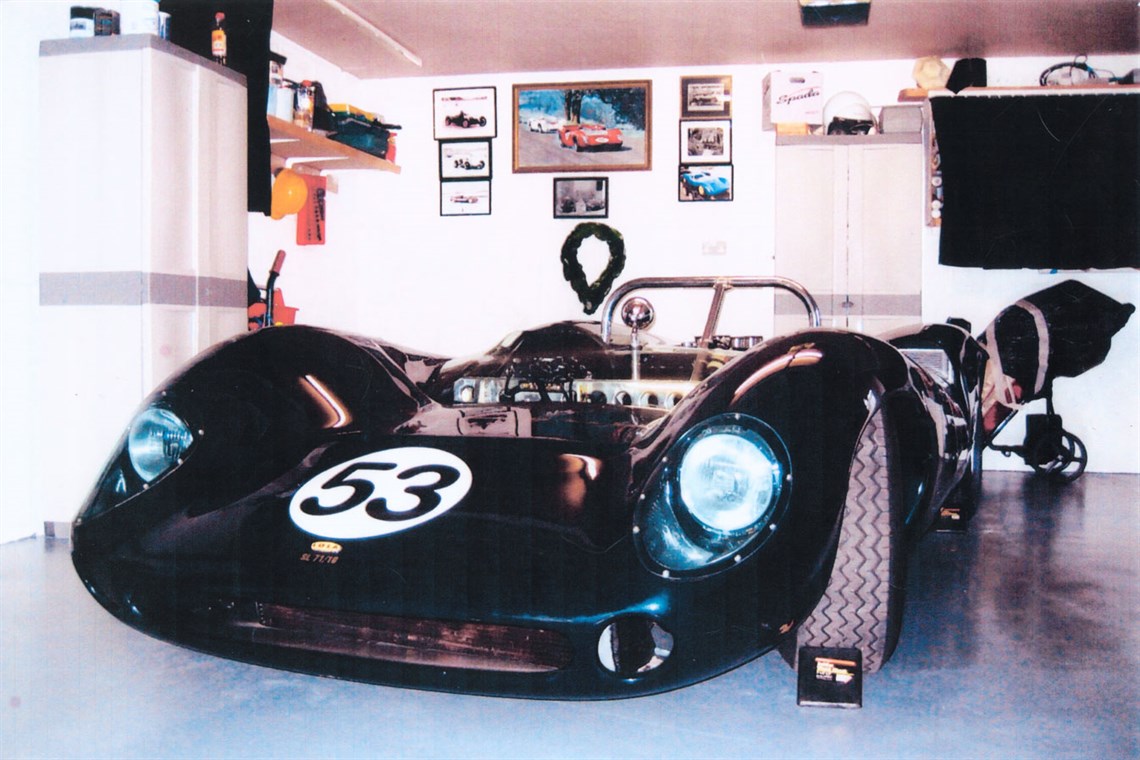 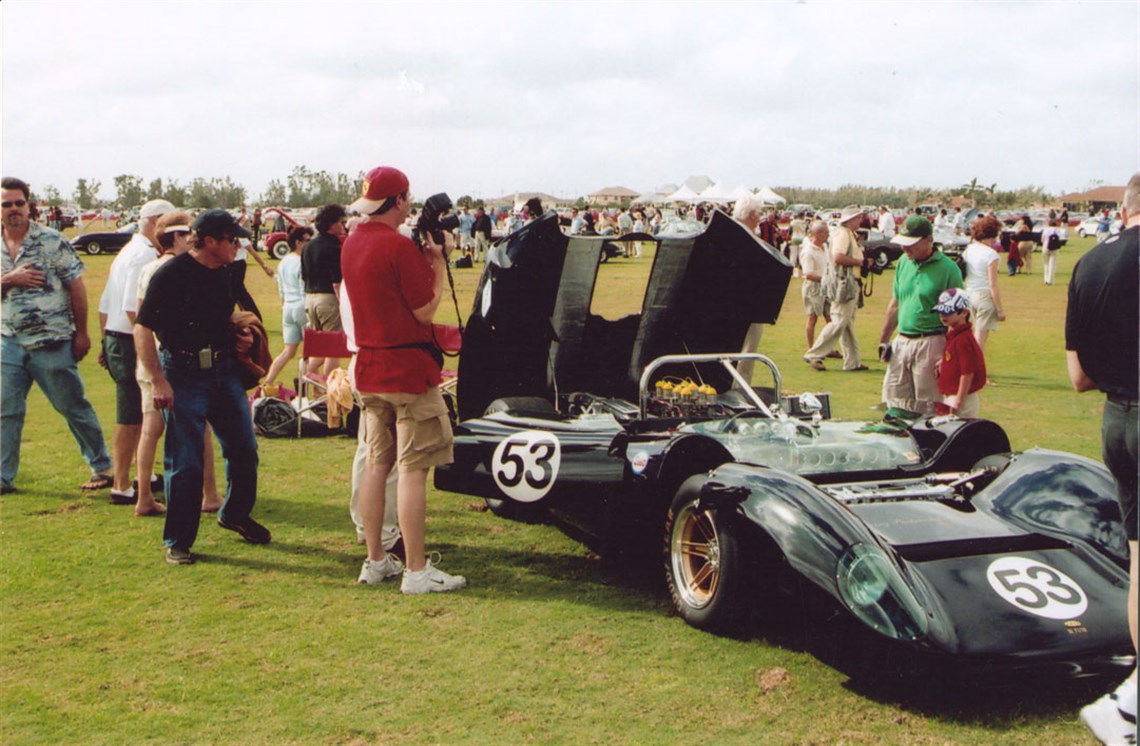 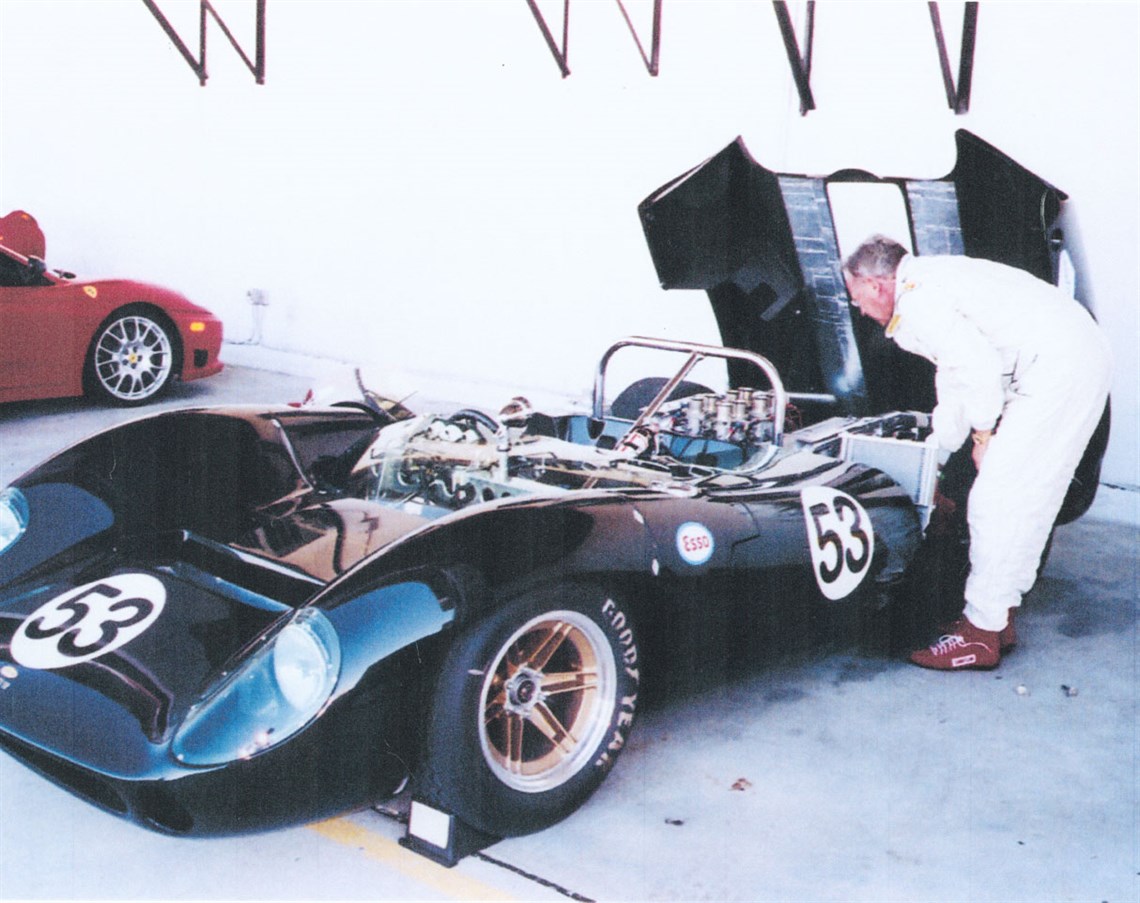 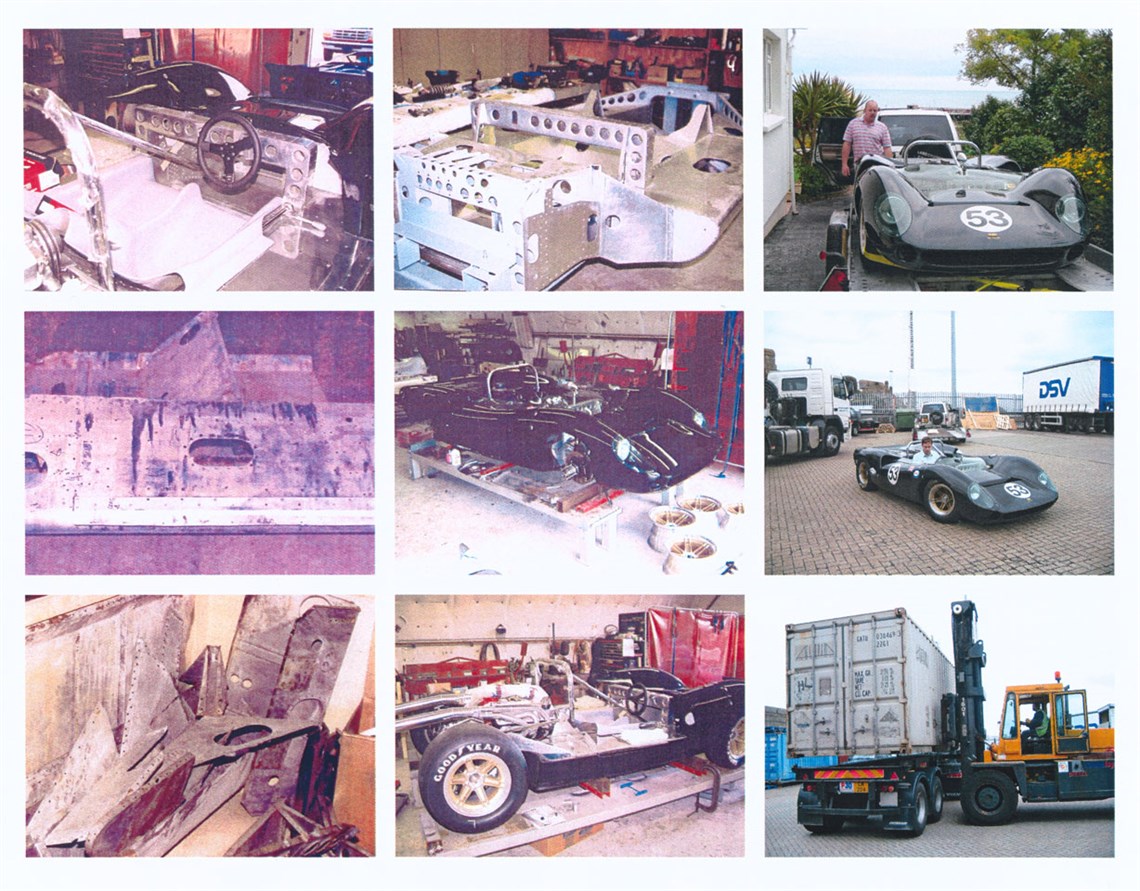 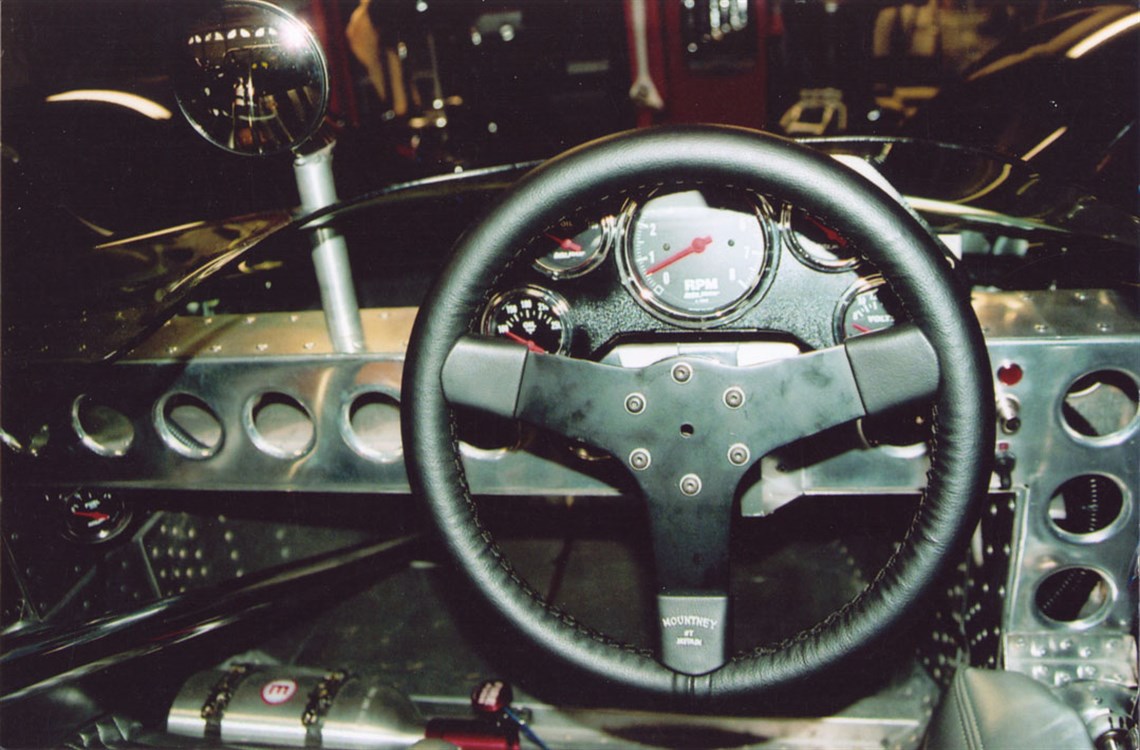 Whilst searching for a Lola T70 for a prospective customer we discovered the remarkable story of how former racing driver Tony Sargeant was reunited with his stunning Lola Mk2 Spider SL71/19, some 40 years after it was wrecked in a crash. It is the stuff of motoring legend. Here Tony, now 87, looks back at what made the car so special.

What attracted you to the car in the first place?

I didn’t know anything about its history at the time. It was just the new thing on the block. I was racing my Merlyn Mark 6 and when the Lola came out I saw it race and then went out and bought one. I got it straight from the factory in 1965 and it cost £5,000.

How was it to drive and own?

It was everything I wanted it to be. It had a Ford V8 engine. It was not very competitive initially but it was a beautiful car to drive. Whatever you wanted it to do it did it. It was always very smooth and easy on the track.

Did you have a favourite circuit?

It has to be Brands Hatch really. I don’t know why but I drove there for several years and enjoyed it. Back in those days – the 60s – we did very little to change the set-up of a car, unlike today. We just took it from one circuit to another.

What was your most memorable experience in the car?

There are so many. But I remember racing at Phoenix Park against Denny Hulme and Sid Taylor and I almost stalled the car on the line but managed to keep going. I remember a Formula Libre race at Mallory Park in 1966 and managed to win, then three days after that, at Snetterton, we had a problem and I didn’t finish.

The car was always red when it raced but I remember being approached by Stirling Moss’s outfit at one point to have it repainted green so that it might appear in a race movie starring Steve McQueen. They took some footage of the car from a TT race and the idea was that Steve would be filmed jumping in and out
of it. But the film was never made. They did repaint it red again though – and paid us a fair amount as well!

In which series did you race?

Well, I got into racing through karting on Jersey, where I live, and I remember even as a kid I always wanted to race. I bought a Cooper 500 which I raced on the beach then had a Formula Junior chassis into which I put a Ford engine and had some success. In 1964 and 65 I drove the Merlyn in GT and S/GT races. With the Lola we had success in Formula Libre, Tourist Trophy and Guards Trophy races.

What happened to the car?

In 1966, the car was racing the CanAm series in Canada and the United States. It was being driven by Hugh Dibley who crashed and rolled it in an event near Montreal. The same thing had happened to John Surtees the year before when he flew over a barrier. Hugh was OK but the car was badly damaged. I wasn’t there at the time but later flew over to watch a couple of races. When we saw the car the chassis was useless but we did manage to salvage a couple of wheels. The engine was still sound but the car was never the same.

We left the car there and forgot about it until someone bought it in the 70s. Years later this guy rang me from California and asked if I had driven the Lola and he told me he now owned the chassis and had had the car rebuilt. My grandson, Matthew, got in conversation with him and cheekily said that if he ever wanted to sell it we might be interested. Well, later the guy came back and said he wanted to get rid of some of his toys, the Lola as one of them, and we ended up getting it!

What were the emotions when you got the car back home?

Absolutely indescribable really. It was the most exciting feeling when the car landed on the dock and emerged from the container. The only thing was, the car was blue! It had always been red when we raced it. Later, I did manage to drive it in the Jersey Sprints. It was a bit of a squeeze to get in it but we managed. To me it was still an absolutely perfect car.

And today, what is your fun car?

Well, I eventually sold the Lola but today I have a 1932 Ford hot rod. It is bright yellow and fully restored. It’s not been chopped and has a 5 litre or so Chevvy engine.

SL71/19 is not available for sale, however should you know of any similar historic race cars being available please contact Mike Walters by email: mike@racecarsdirect.com or by phone; +44 7970 736644.