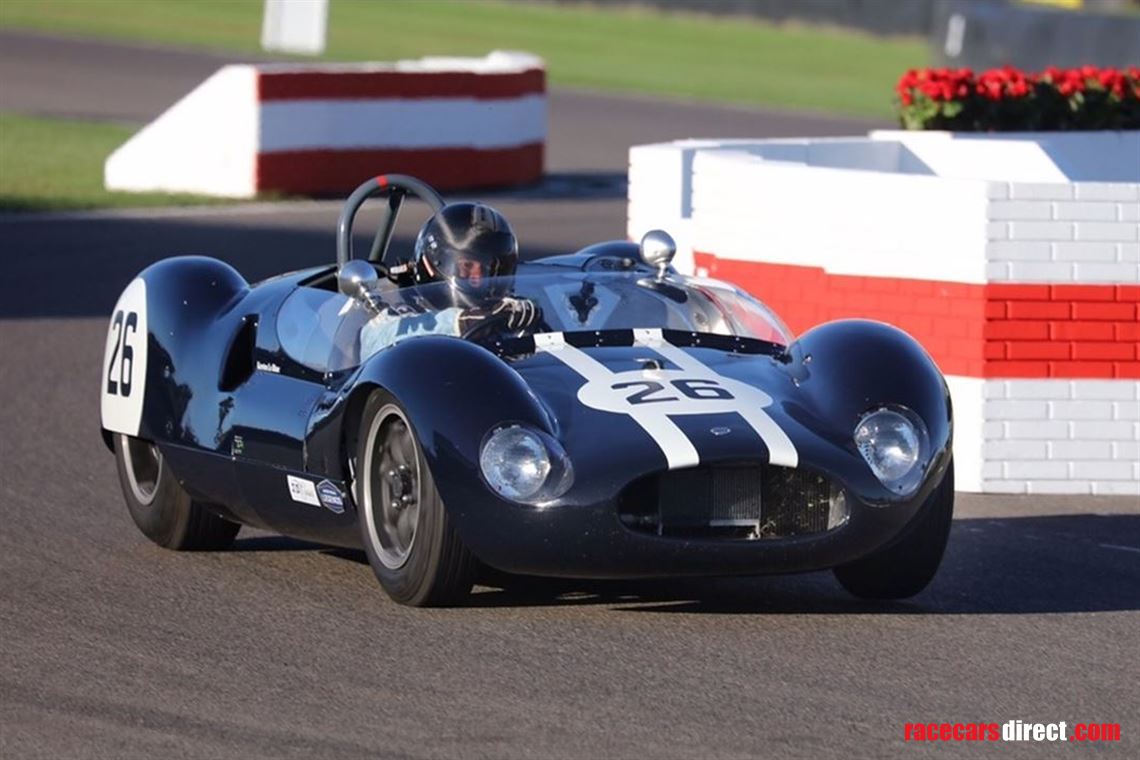 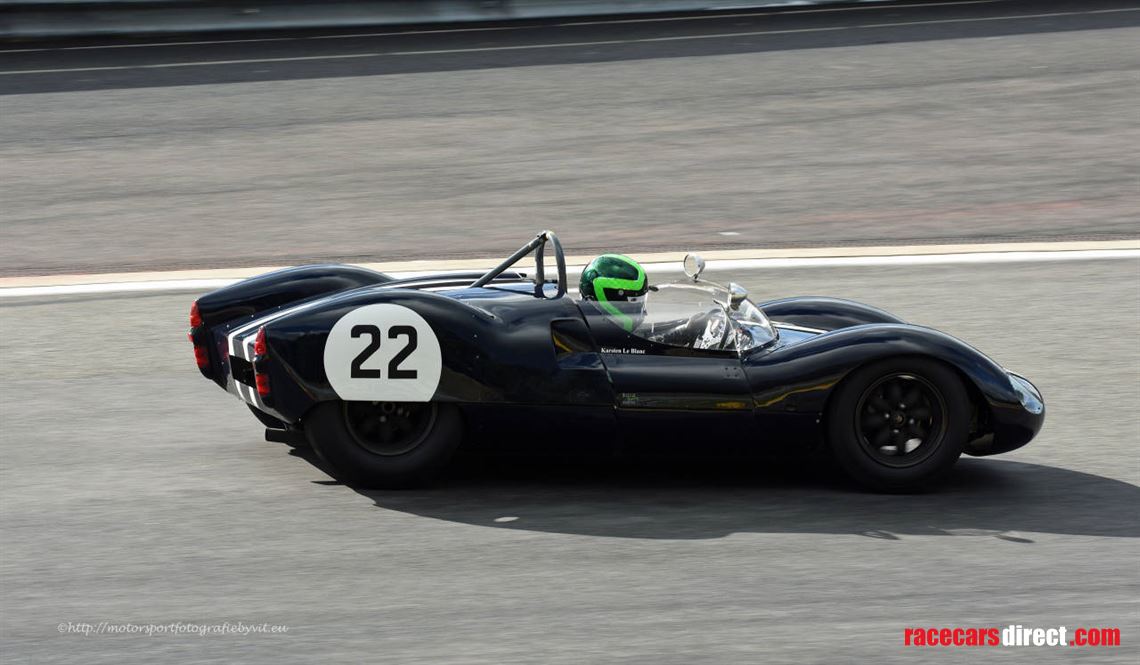 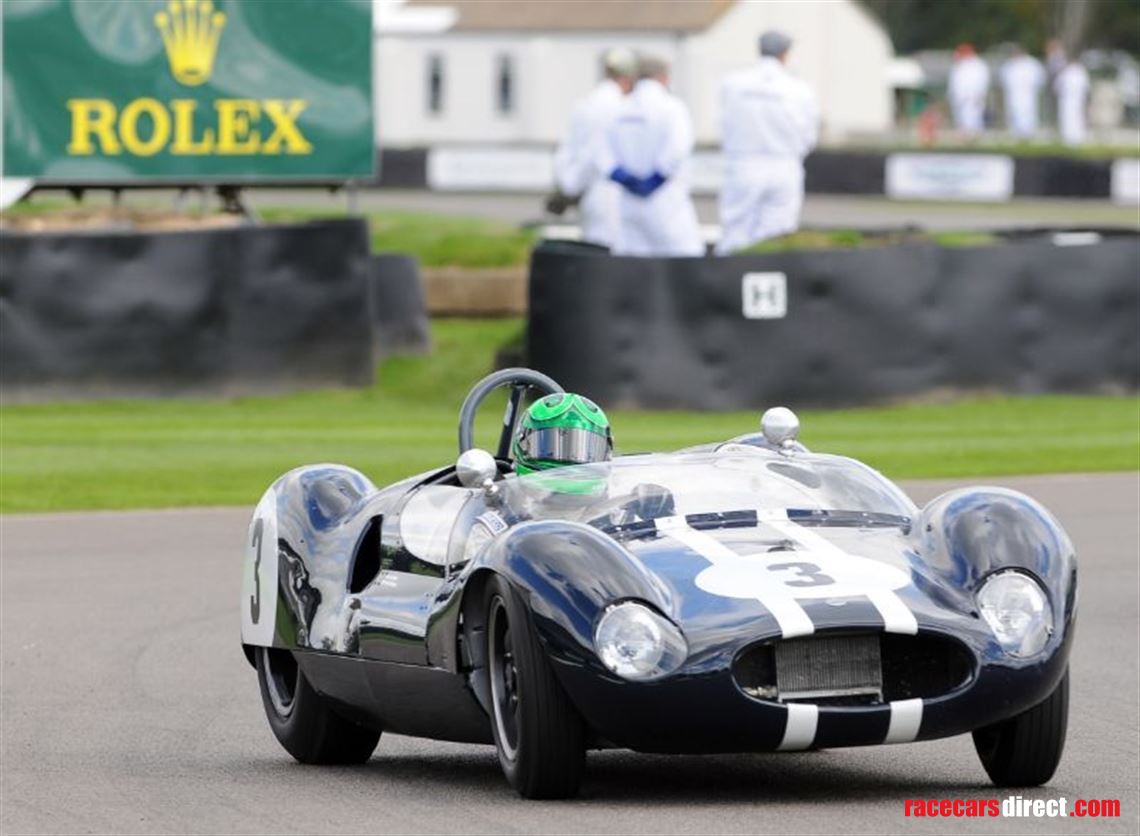 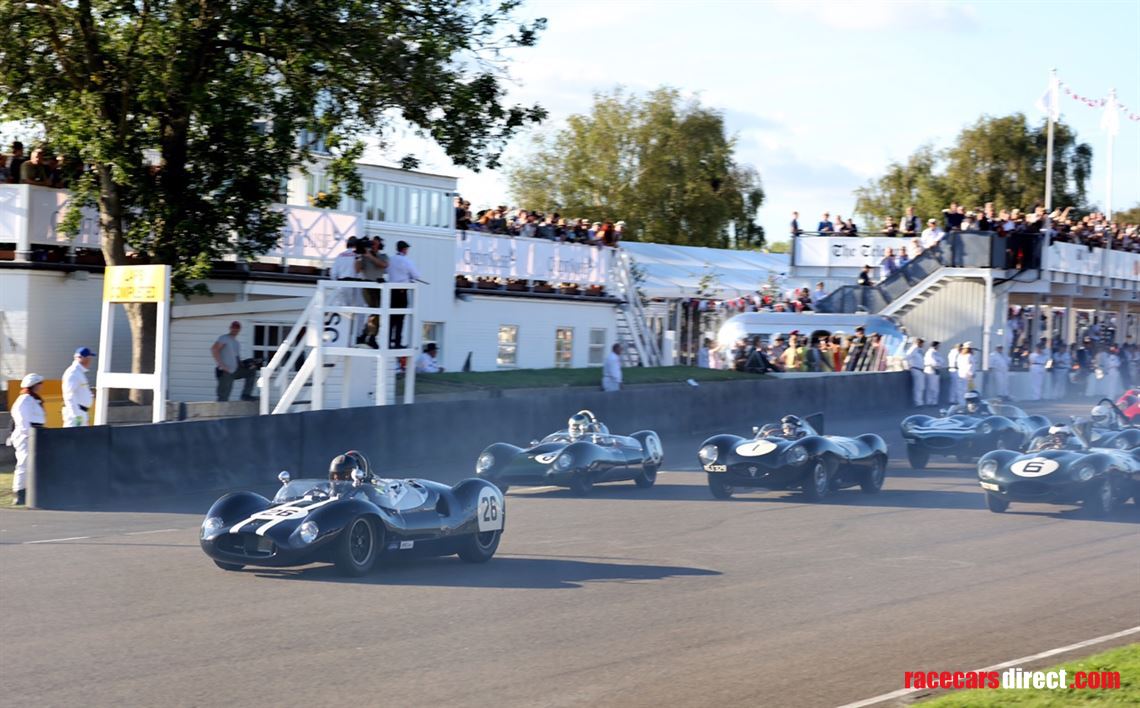 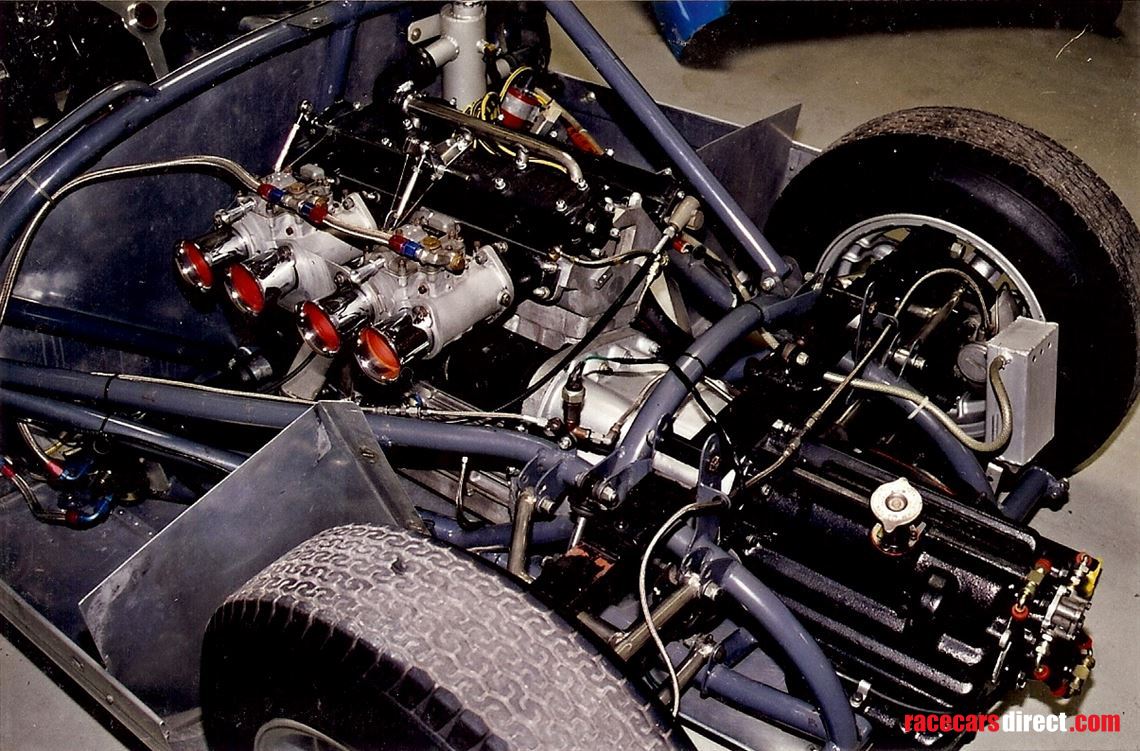 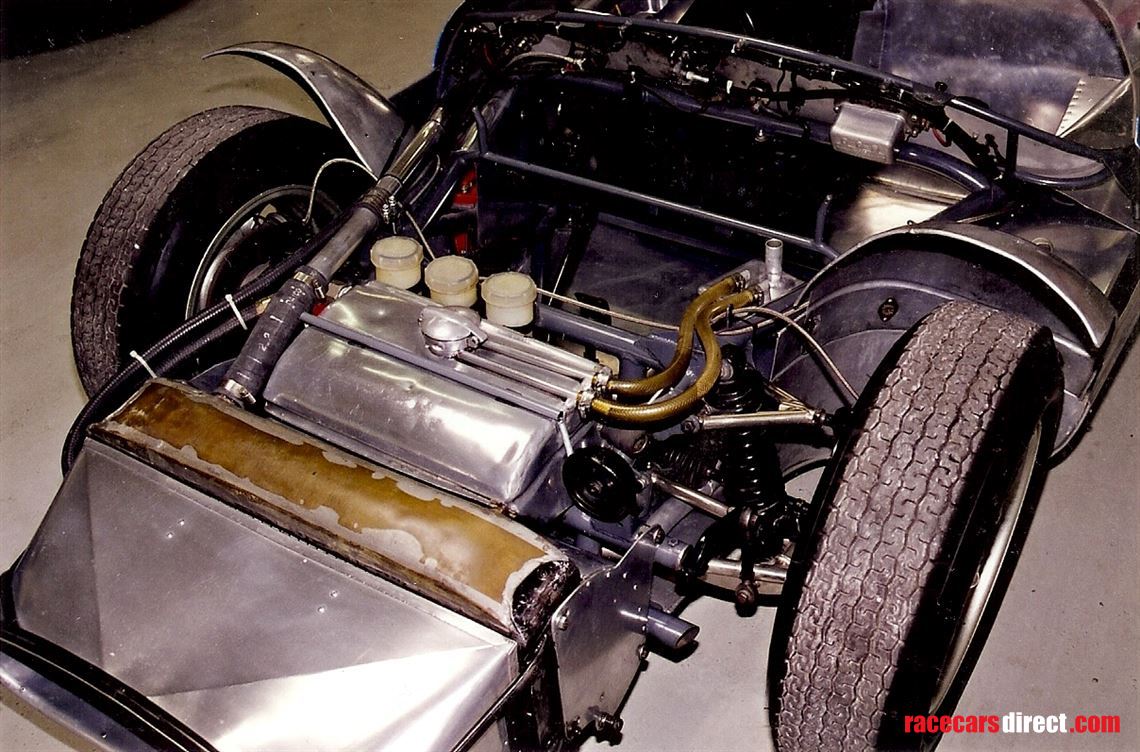 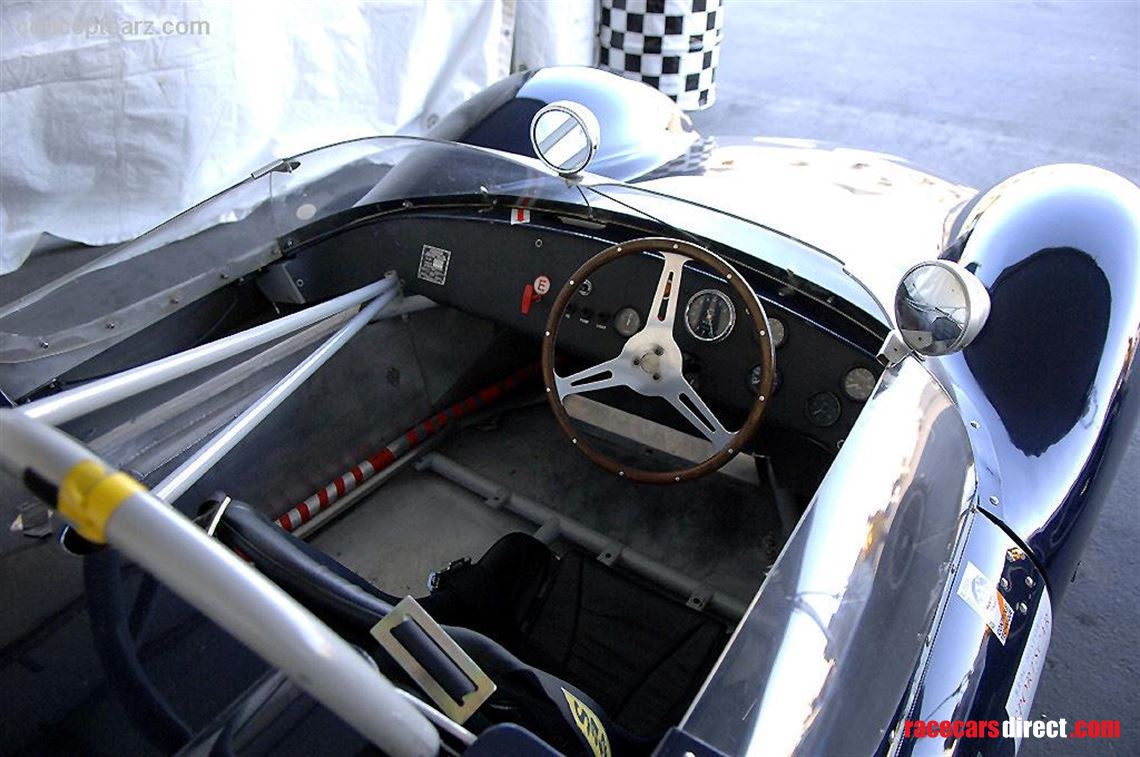 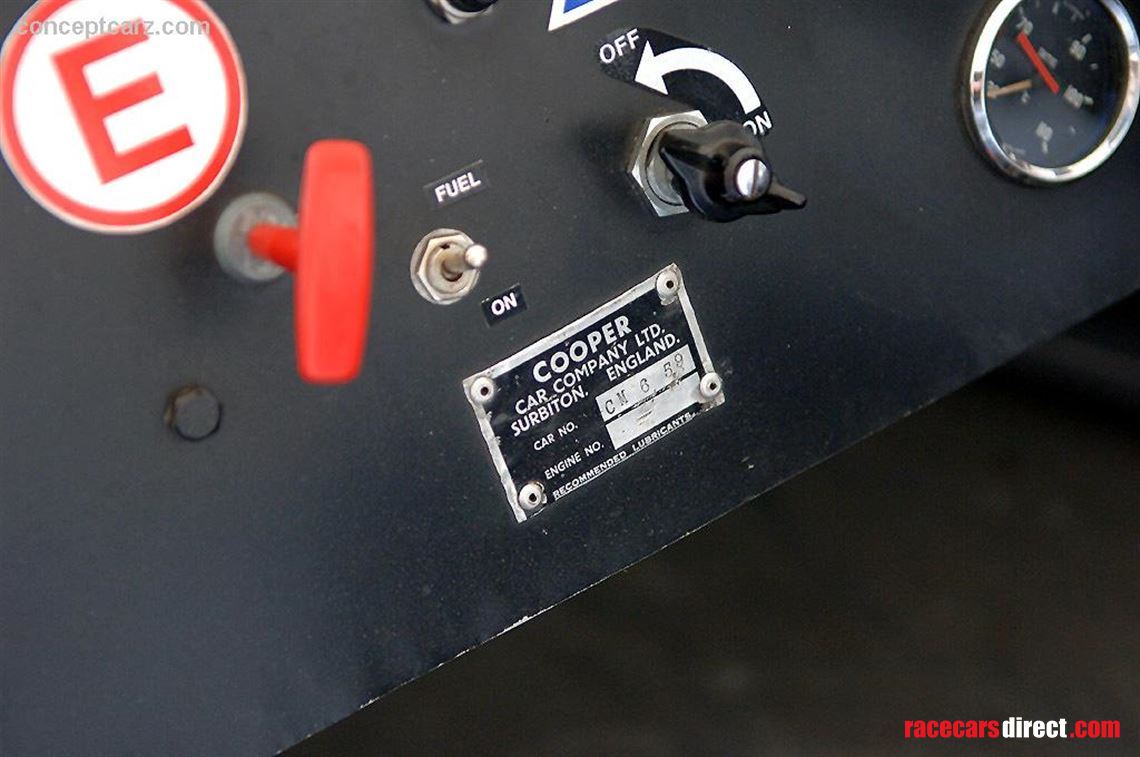 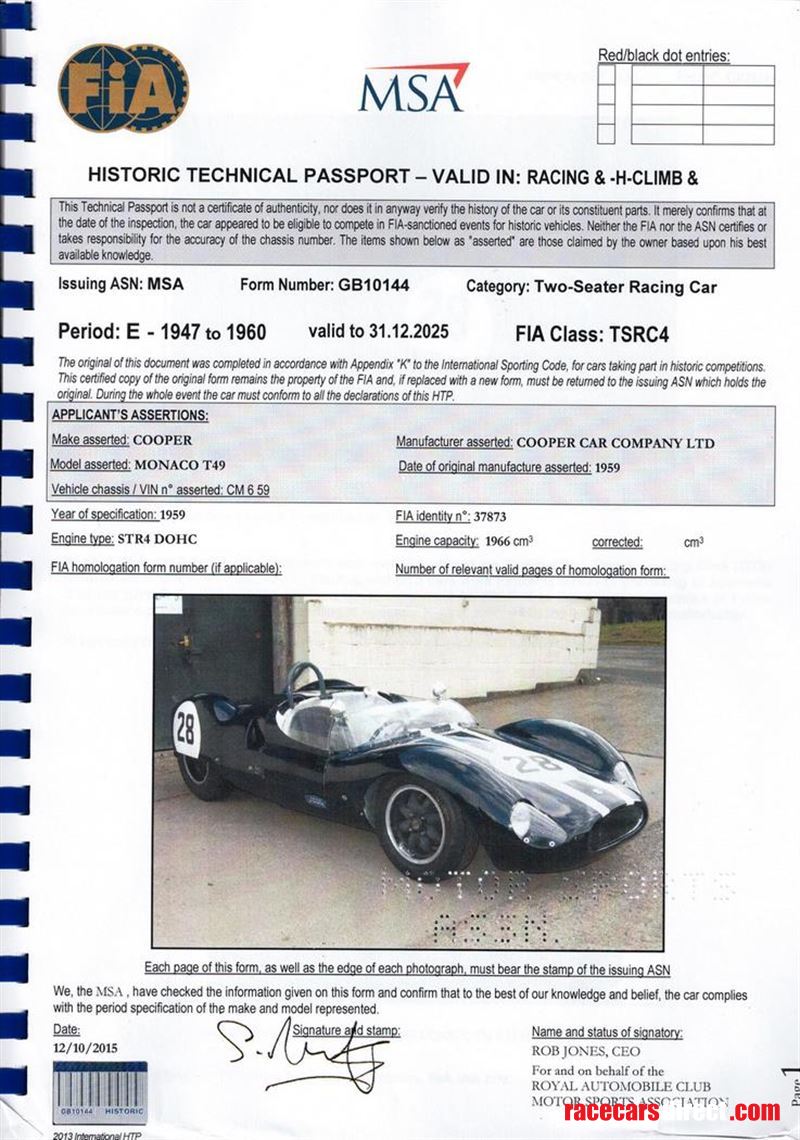 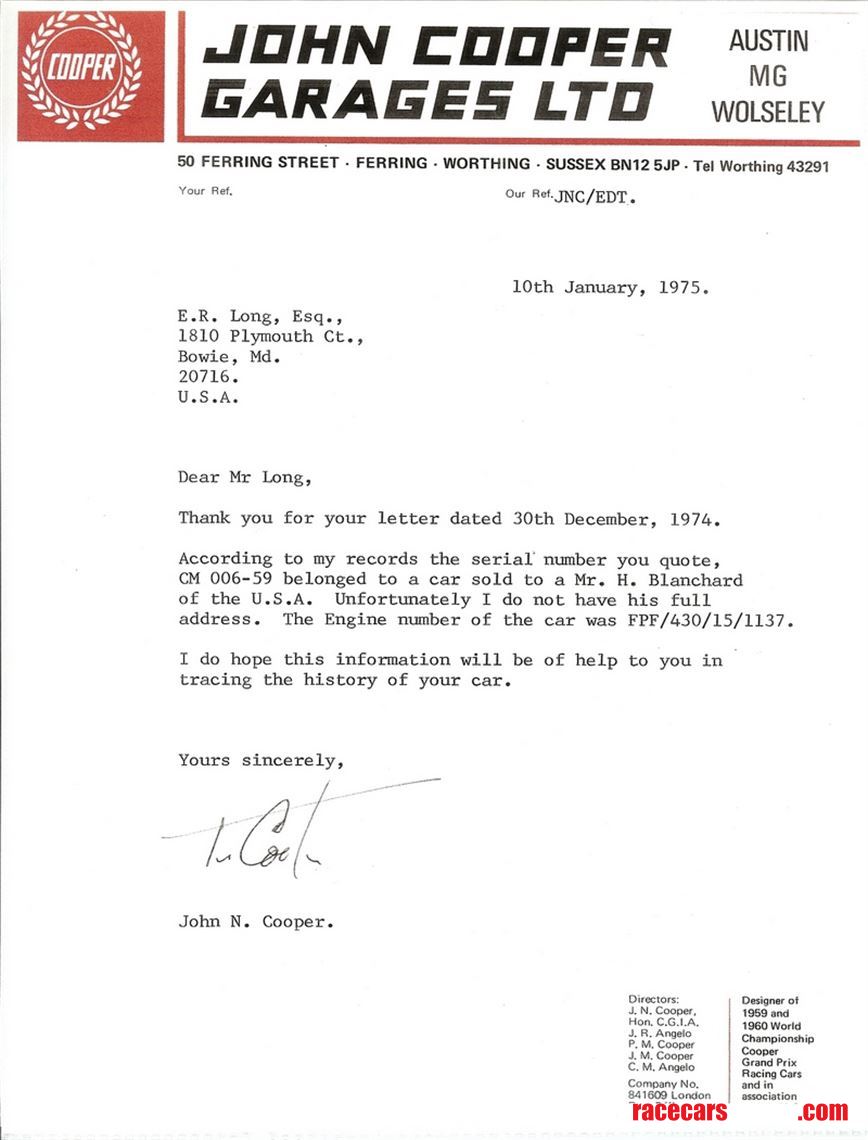 We are delighted to offer this genuine, factory built Cooper T49 "Monaco" for sale.

Introduced in 1959, the Cooper T49 “Monaco” with its 2-litre Coventry-Climax engine soon found favour with drivers both in the international and club racing scenes. A total of eight factory built cars were constructed with at least six other cars built up independently using un-numbered factory supplied chassis and component kits.

CM/6/59 was the sixth of the eight factory built cars and was delivered new to American car dealer Harry Blanchard of Connecticut. After a succesfull racing career in the USA until 1980 (see the History section below), the car was bought and imported into the UK by Stirling Moss. Stirling sold the car as a restoration project the following year to David Watson who commissioned Hall & Fowler to carry out a full restoration of the car. The restoration was overseen and invoiced through Stirling Moss Ltd. despite having sold the car, Stirling tested the car at Silverstone and raced it at the curtain opener for the 1983 Monaco GP.

CM/6/59 spent another 20 years in USA where it was vintage raced until it came back to Europe in 2000 where it has remained and raced until today.

This genuine Cooper Monaco is in outstanding condition and is 100% race-ready. It has been fully sorted, always meticulously prepared proven to be a competitive entry in all races it has participated in such as Le Mans Classic, Goodwood Revival, Stirling Moss Trophy, Donington Historics, etc..

CM/6/59 benefits from a current, 2015 FIA HTP and comes with a fresh, spare gearbox and other good spares.

This is a rare opportunity to acquire a genuine, "no stories" factory built Cooper T49 "Monaco" with excellent history and documentation in fully sorted, race-ready condition !

CM/6/59 was the sixth of the eight factory built cars and was delivered new to American car dealer Harry Blanchard of Connecticut. Preferring to stick with his Porsche RSK  for racing, Harry sold the Cooper-Monaco straight on to New York motor dealer and car entrant Charles Kreisler. Still in the original dark blue livery as delivered to Blanchard, Charlie entered the car in the Lime Rock Park round of the USAC Road Racing Championship for Indycar racer Roger Ward. On the day though, former Mercedes-Benz factory driver John Fitch would race the Cooper-Monaco after reminding Kreisler that he had offered him first refusal to race the car, and he would very much like to drive the new Cooper. Fitch used CM/6/59 to good effect to finish 4th overall.

Fitch then agreed to drive the car for the rest of the season starting at the Montgomery National where he dropped out early in the main race. Back on the USAC RRC trail at Meadowdale, Fitch finished 3rd. After retiring in the Canadian Stock Car Association sports car race at Harewood Acres, Fitch won the main event at the season-ending SCCA Regional at Lime Rock Park. Before the race, Charlie Kreisler had informed John the car had been sold Ken Burroughs so had suggested it be raced one last time. After the race though, Burroughs decided not to go ahead with the deal so Kreisler retained the car instead.

At the end of 1959, Kreisler acquired the US Elva dealership and also signed up the Elva factory driver Charlie Kolb to race the cars. Kolb had five cars at his disposal, an Elva FJ and Elva Courier sports car, a Ferrari, a Porsche Speedster Carrera and the Cooper. At some events, all five cars were taken but as resources became stretched to the limit, preparation of the cars suffered and as the season wore on only a couple of cars were raced at a time.

At the beginning of 1960, George Constantine borrowed the Cooper for the Cuban GP here he finished 10th. Kolb preferred to race his Elva’s instead, he was more familiar with them, and CM/6/59 would only race three more times during 1960. In the Rickenbacker Trophy at the Roosevelt SCCA Regional, Kolb finished 3rd but failed to make it to the starting grid at the Lime Rock Park Nationals after the clutch broke in practice. At the Wisconsin GP Meadowdale Nationals, Kolb took the lead at the start and was immediately chased down by Bob Holbert’s Porsche RSK who was never more than a car length behind. Their battle ended after 9 laps when the Cooper’s engine went sick and Kolb coasted to a halt in the pits.

At the end of 1960, Charlie Kreisler sold CM/6/59 to SCCA club racer Harry Carter of Connecticut who replaced the Coventry-Climax engine with an aluminium 3.5 litre Buick V8 mated to an upside-down Corvair gearbox. Harry raced the car in the North Eastern Division in 1961 and ’62 before selling the car to Mort Wood of Baltimore who jointly purchased the Cooper with Ed Battye of Maryland. Ed race the car in the North Eastern Division until November ’66 when CM/6/59 was raced one last time at the Marlboro Speedway Turkey Bowl SCCA Regional.

The silver painted Cooper was then loaded on to its trailer and parked in the far back reaches of the Marine Reserve Corps garage in Towson, south of Baltimore where it remained untouched until 1973 when it was purchased for $800 by Ed Long of Bowie, Maryland who heard about the car from a friend who had purchased a Lotus 23B from the same vendor. Over the next two years or so, Ed rebuilt and cosmetically restored the Cooper before offering it for sale in 1975 for $3500.

CM/6/59 was bought by Ron Scoma of DeKalb, Illinois who used his college money to buy the Cooper. Over the next four years Ron worked on and off putting the car back in order sourcing and acquiring the correct spec of Coventry-Climax engine and Jack Knight gearbox.

In 1979 Ron offered the car for sale and CM/6/59 was bought and imported to England by Stirling Moss who was very familiar with the T49 having raced one successfully in period. Stirling sold the car as a restoration project the following year to David Watson who commissioned Hall & Fowler to carry out a full restoration of the car. The restoration was overseen and invoiced through Stirling Moss Ltd.

On completion, David sold the car to US collector and historic racer Dr Ron Finger of Georgia who repainted the car from silver to blue and white. Ron raced the car until 1990 then placed the Cooper in dry storage until selling it in 1999 to Mark Leonard of Grand Prix Classics of California.

Repainted in the original Harry Blanchard dark blue livery as raced by John Fitch in 1959, CM/6/59 was sold to British historic racer Mark Clubb who raced the always pristine and well-presented car over the next decade taking in events on a regular basis at Donington Park and at Goodwood. The Cooper Monaco also spent time on display when on loan to the Coventry Transport Museum in 2010.

Clubb sold CM/6/59 to historic racer Karsten Le Blanc in 2014 who continued to campaign the car in European historics such as Donington, Goodwood and Spa. We brokered the sale of the car for Karsten and sold it to the current owner in 2017 who has continued to enjoy this exceptional Cooper T49 "Monaco" at various events including a successful run at Le Mans Classic 2018.