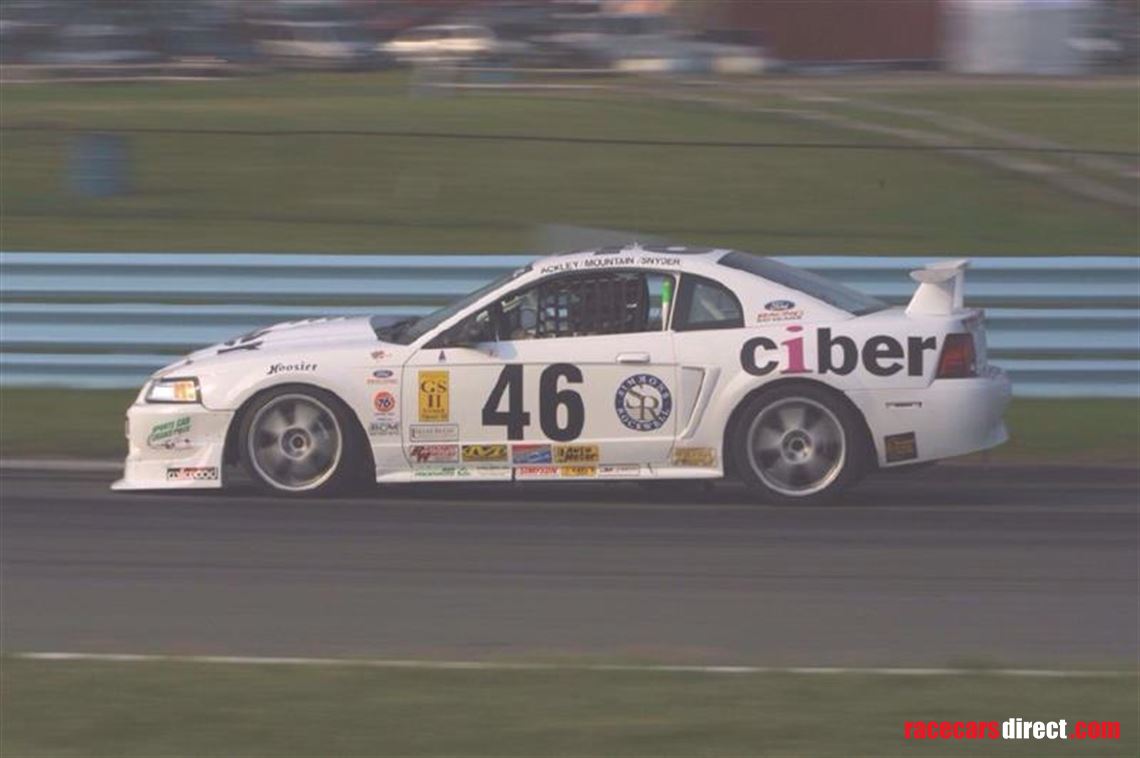 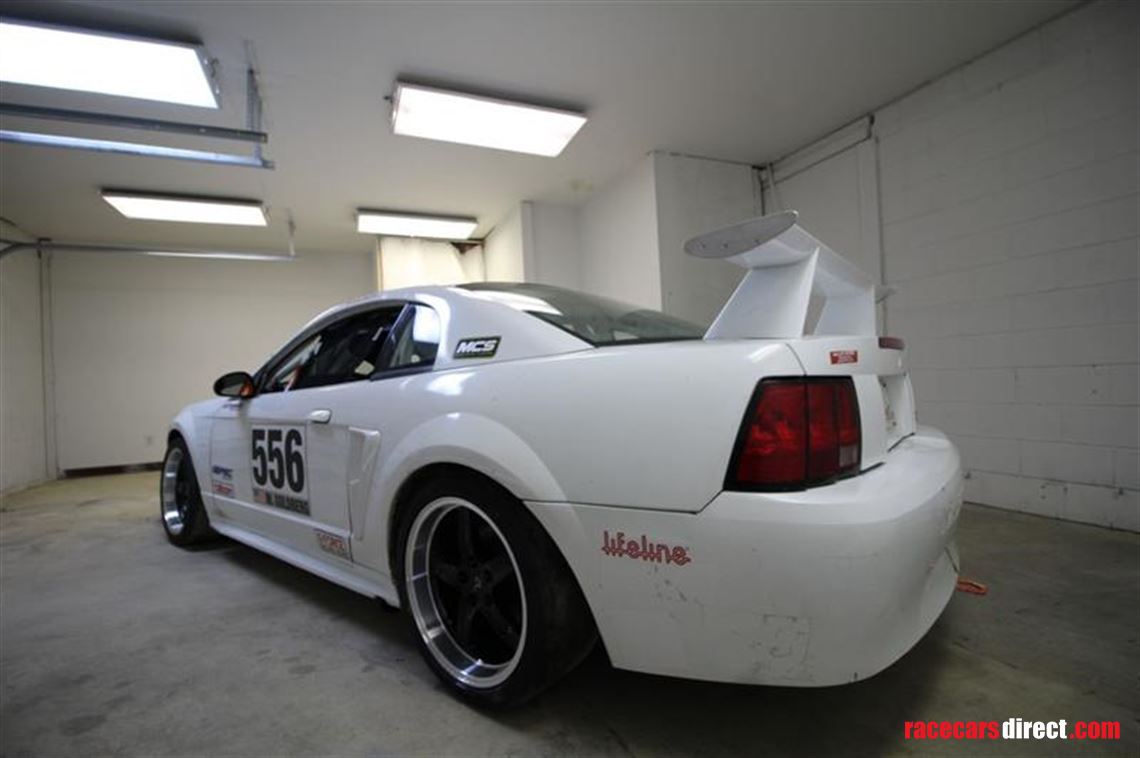 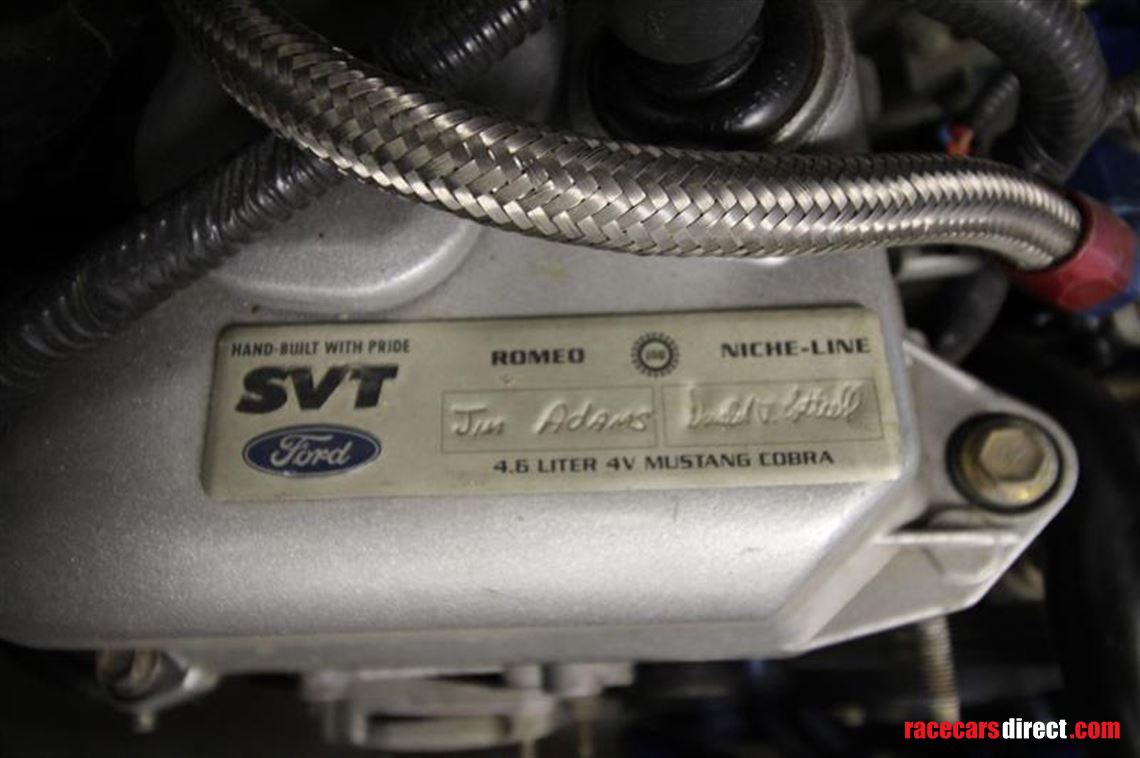 Rare opportunity to purchase a rare New Edge Mustang Cobra race car(I believe the only one racing in Europe), available as part of a retirement sale. The car has a significant successful racing history in the USA, built from  a new bare Ford Motorsport shell for the Motorola Cup in 1999, where it won a number of races, including outright victories at Watkins Glen and Sebring. The transmission and drivetrain was later upgraded and a 5.5 litre engine installed to race in the Grand Am series. the uprated transmission and drivetrain is still in the car but the original Motorola Cup handbuilt Ford Competitions Department 4.6 engine is now refitted. A popular performance upgrade to the New Edge Mustang is to install a 5.0 Coyote engine. This would then be a very quick Mustang.

The car was laid up in the USA since 2003 but since being brought over to the UK in early 2020 it has had £££thousands spent getting it race ready again.

Its first race outside the USA was at Thruxton in 2021, where it ran perfectly, and has since run fault free in multiple races at Snetterton, Silverstone GP, Brands Hatch GP . It has now completed many hours of racing without any issues proving to be an ultra reliable unstressed race car, requiring only discs and pads over the course of a season.

Much of the recommissioning work was done by RRR Engineering, who removed all the chassis and engine wiring which they replaced with motorsport spec looms. They then installed the following new Ecumaster parts;

RRR Engineering also installed a new Shelby twin port fly by wire throttle body and a new set of coils then mapped the car on their hub dyno, where it still made the factory stated power for the Cobra engine.

All the fuel lines, rollover valve and fittings to and from the new(2022) ATL 80 litre fuel cell have been replaced and a new lift pump and swirl pot installed. New front discs will be fitted before the car is sold. New polycarb door windows have also been added.

This car is now a highly reliable and useable race car which is eligible for many race series and championships, including CSCC Modern Classics, Bernies V8s, Snetterton Saloons and 750mc Club Enduro.

The car weighs 1344 kilos and produces a very unstressed 321 bhp at the flywheel, which means it would fit in Class B of the Club Enduro Championship for example. It produces its power at low rpm and only uses 0.6 litres per minute, so with the 80 litre tank can run comfortably for over 2hrs without refuelling.

We have run the car on 102db static and 92db driveby trackdays without any problems with noise from the side exit exhaust.

Despite all the important upgrades a decision was made to leave the paintwork and decals in place to retain its period history. A new owner may want to respray or wrap the car which would then look like new.

There are a few spares with the car including some body panels, and everything for the car is available in the USA where we have sourced new parts quickly without any issues.

There are no plans to race the car again now until sold as I have another project underway. It will be at ES Motorsport in Norfolk from w/c 23rd May.

(B-S SMR1) & (B-S SMR2) both featuring in the WorldSBK Paddock for the BMW Motorrad WorldSBK Team.