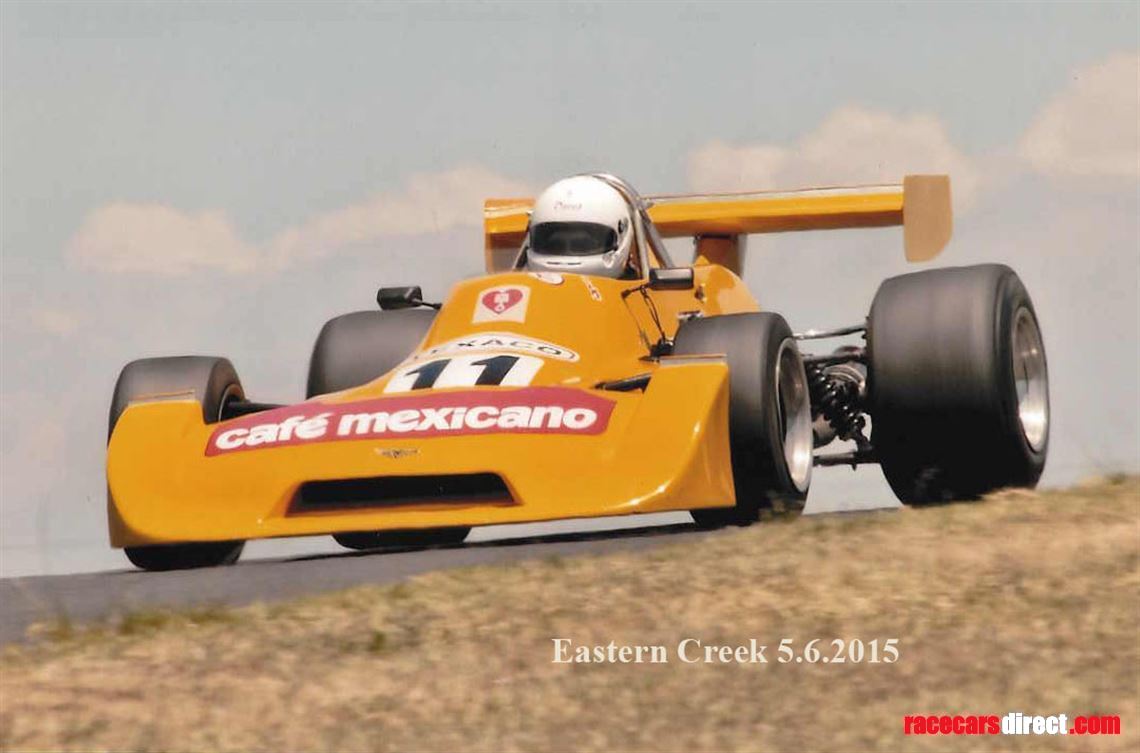 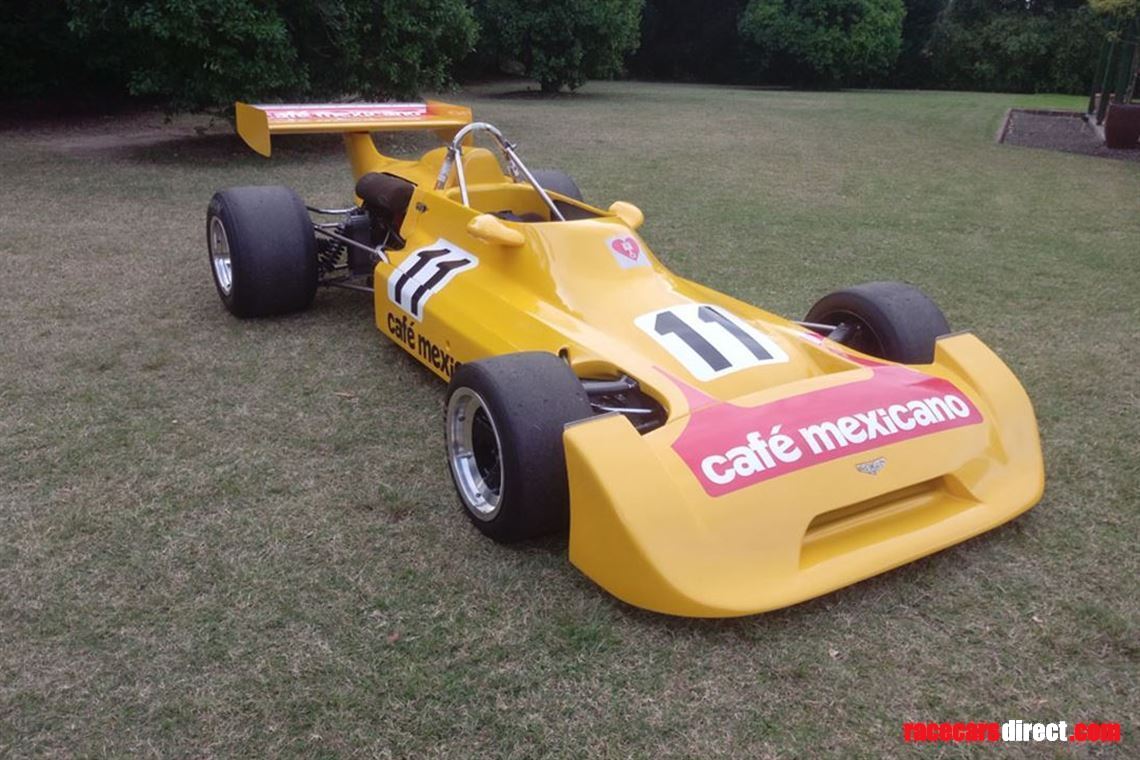 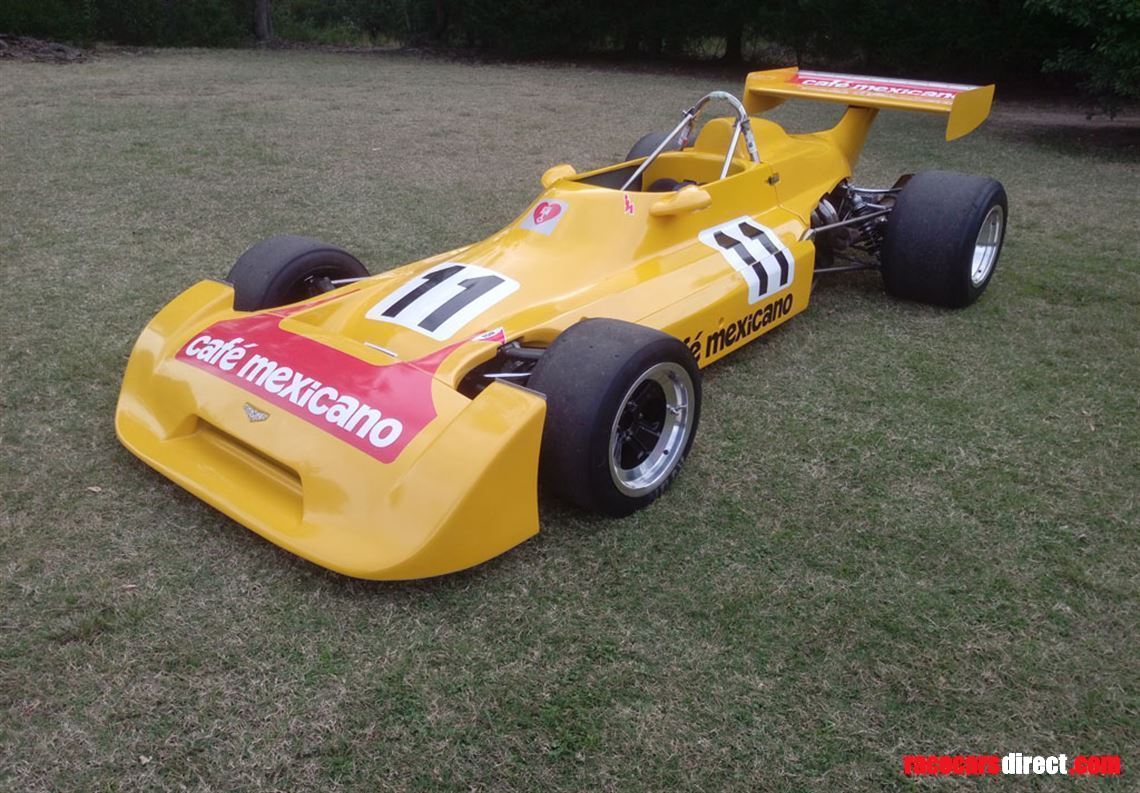 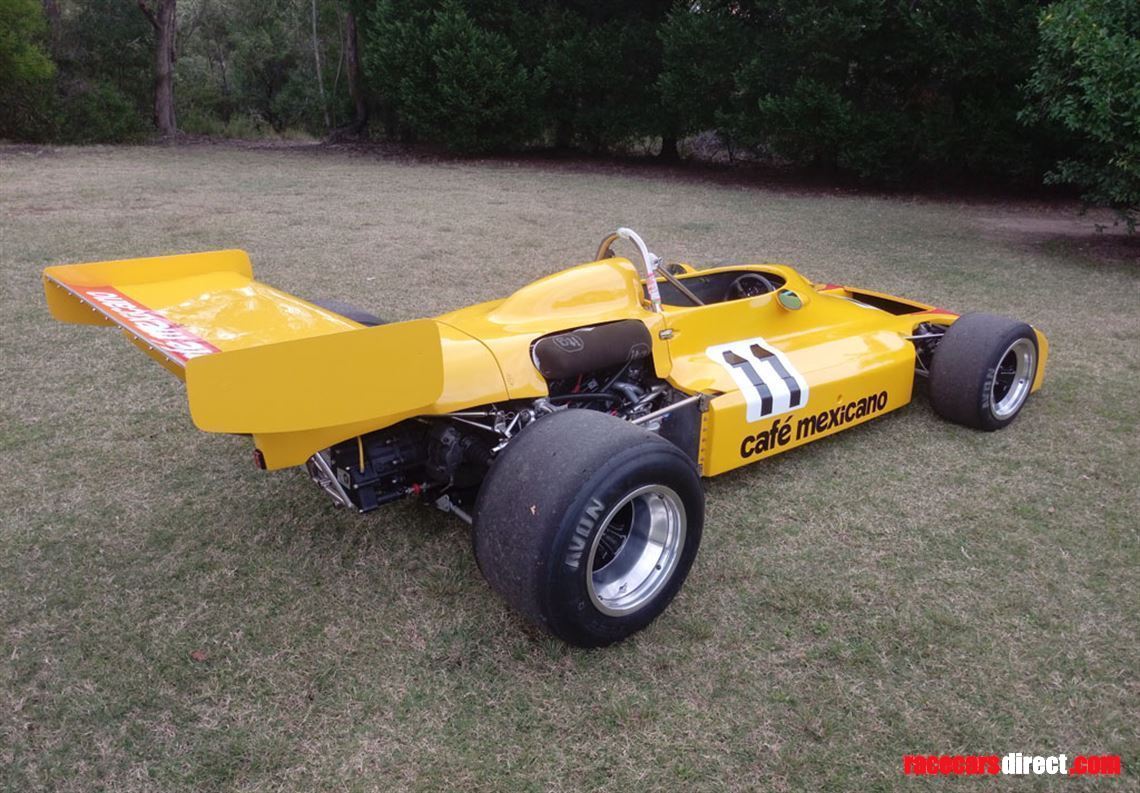 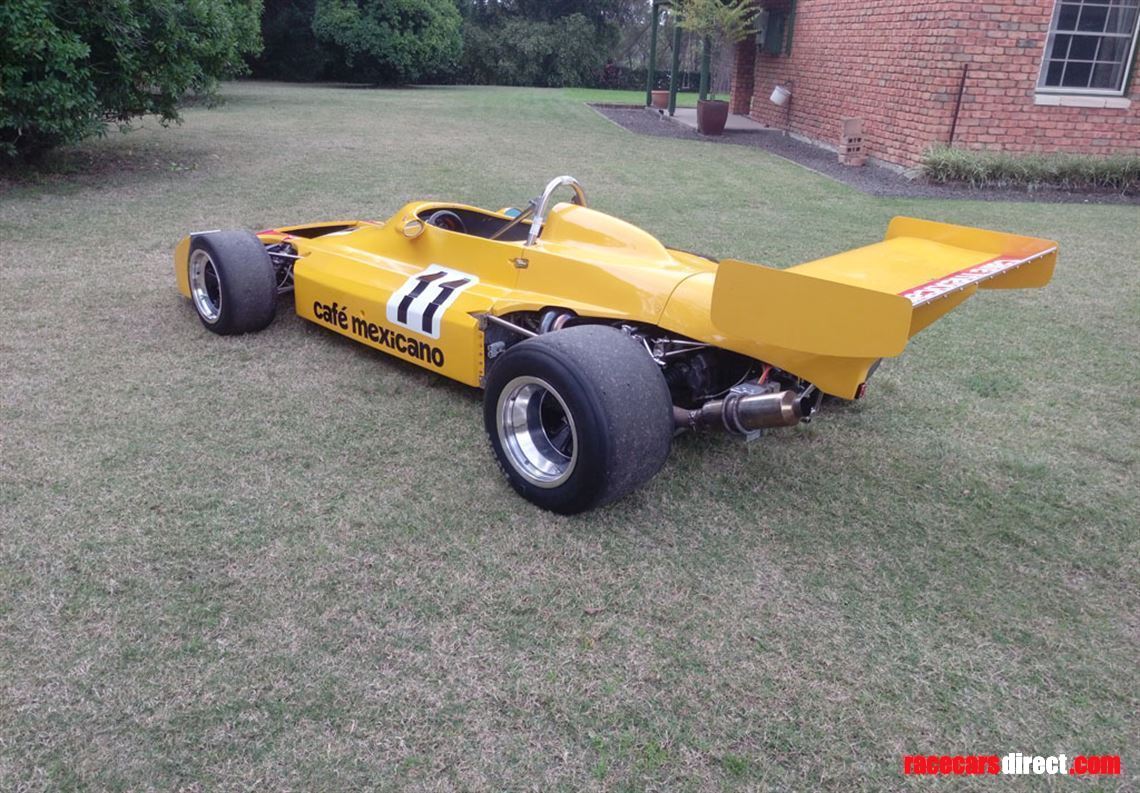 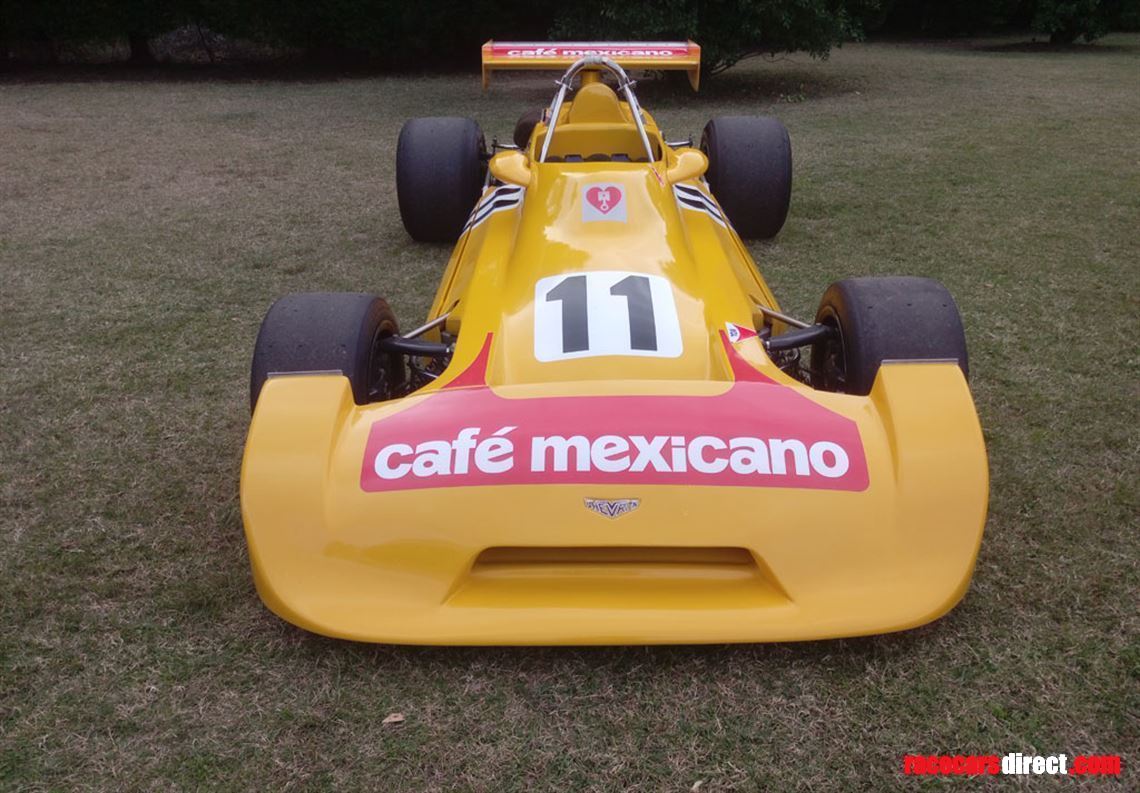 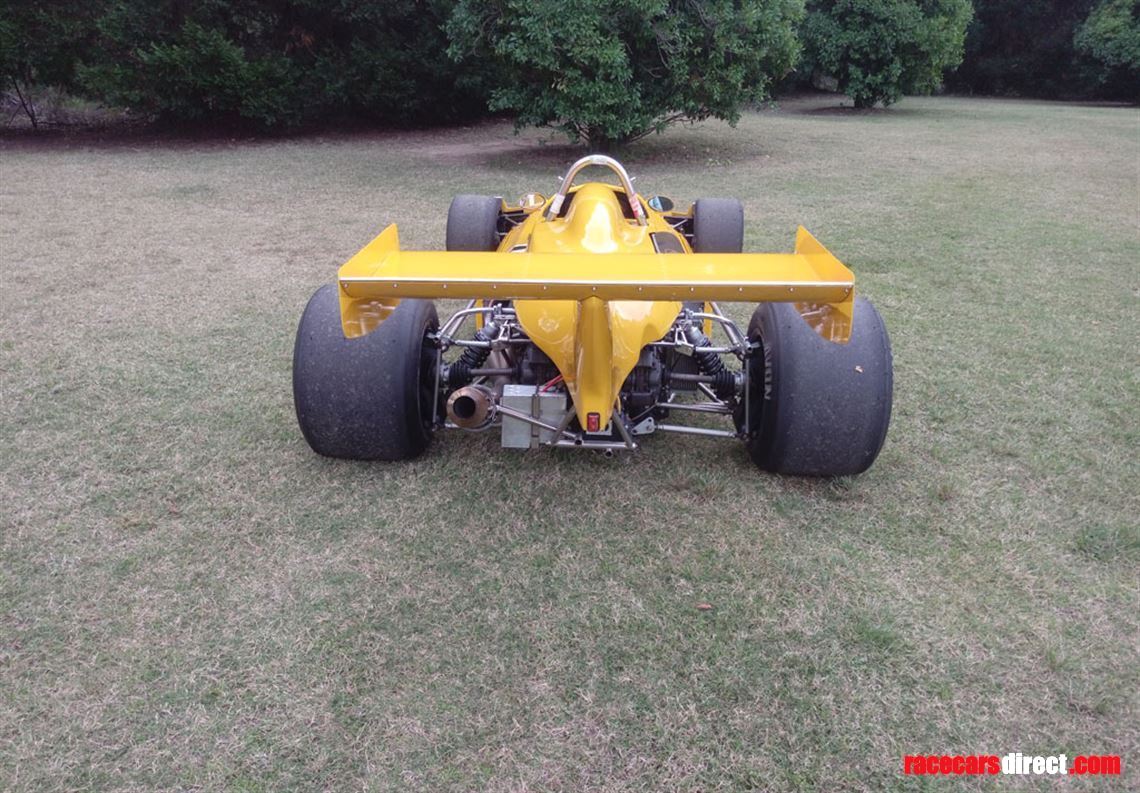 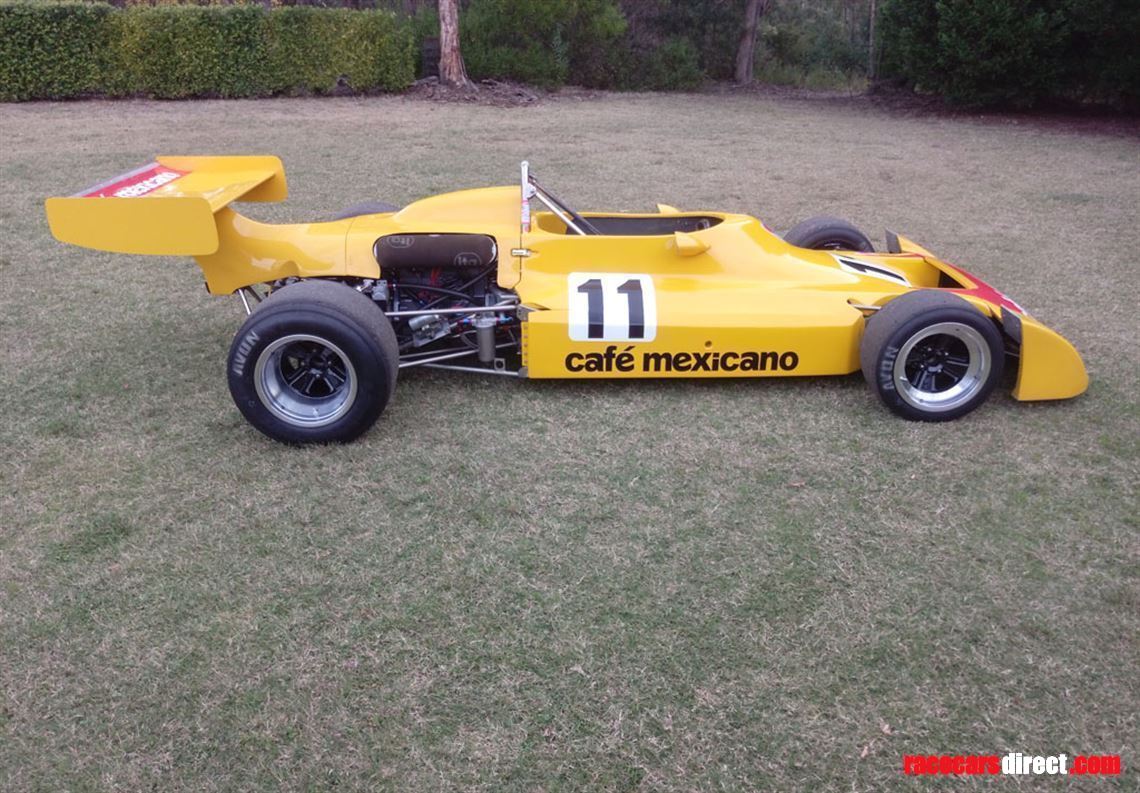 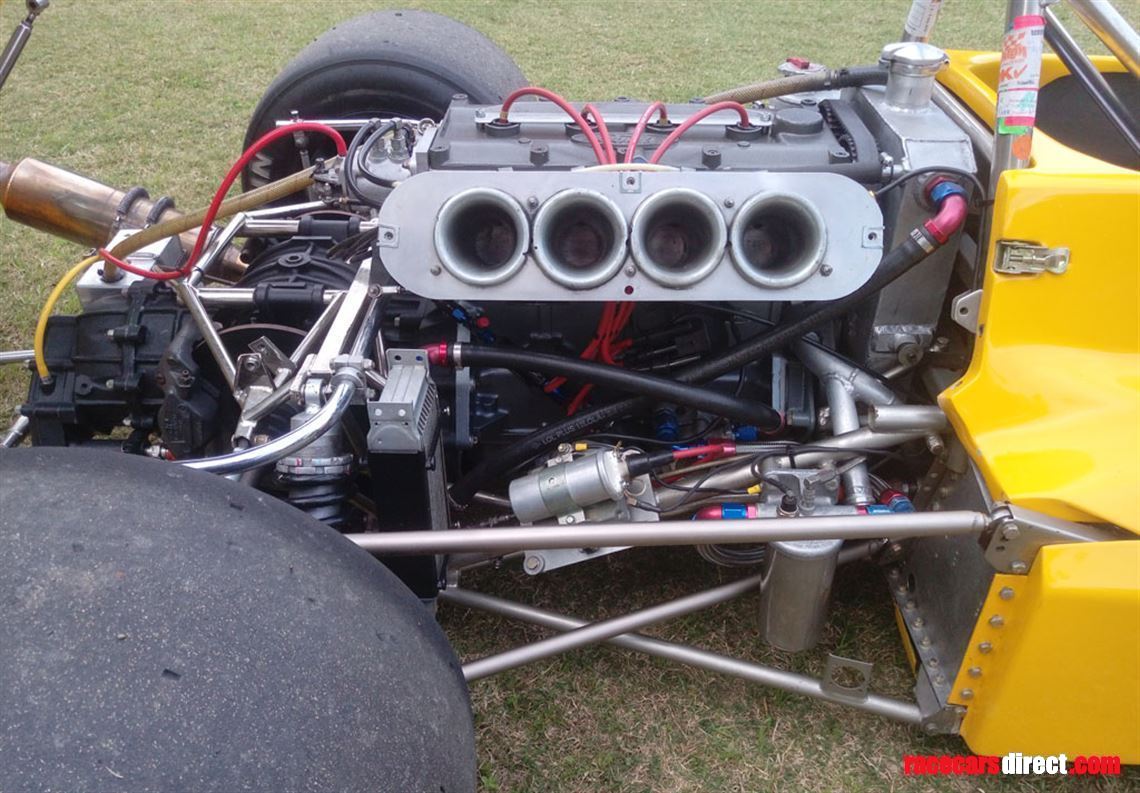 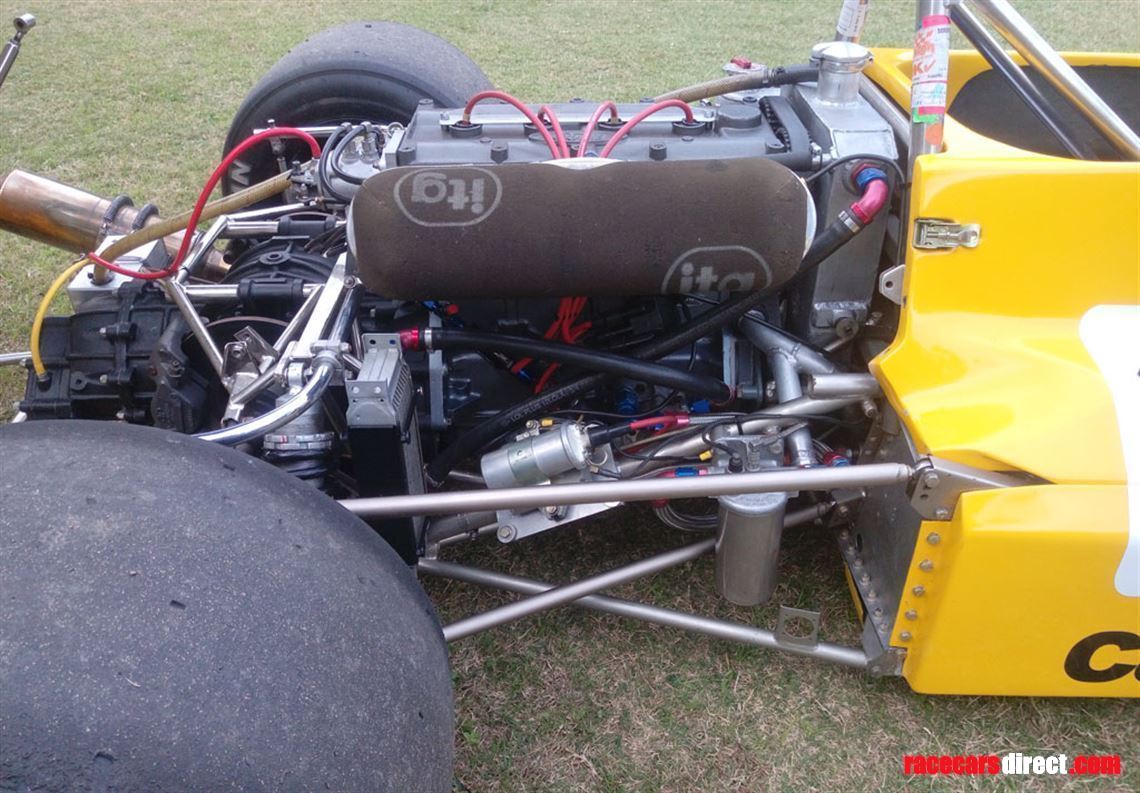 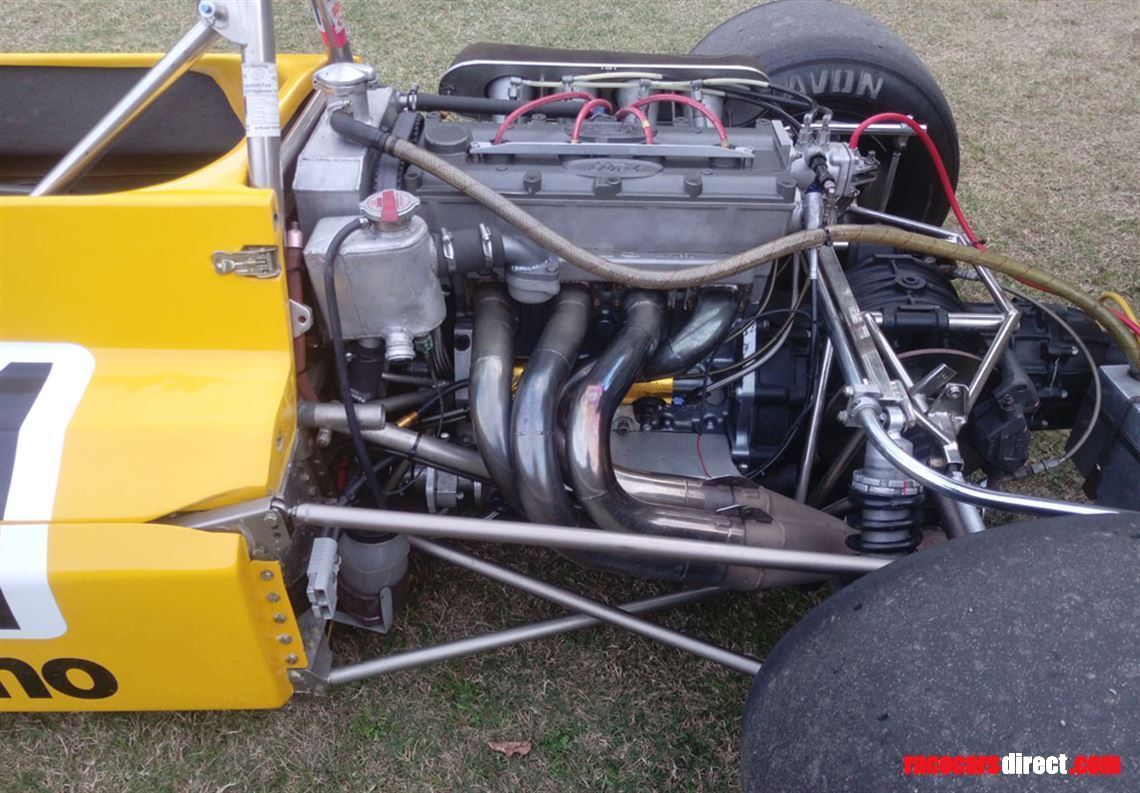 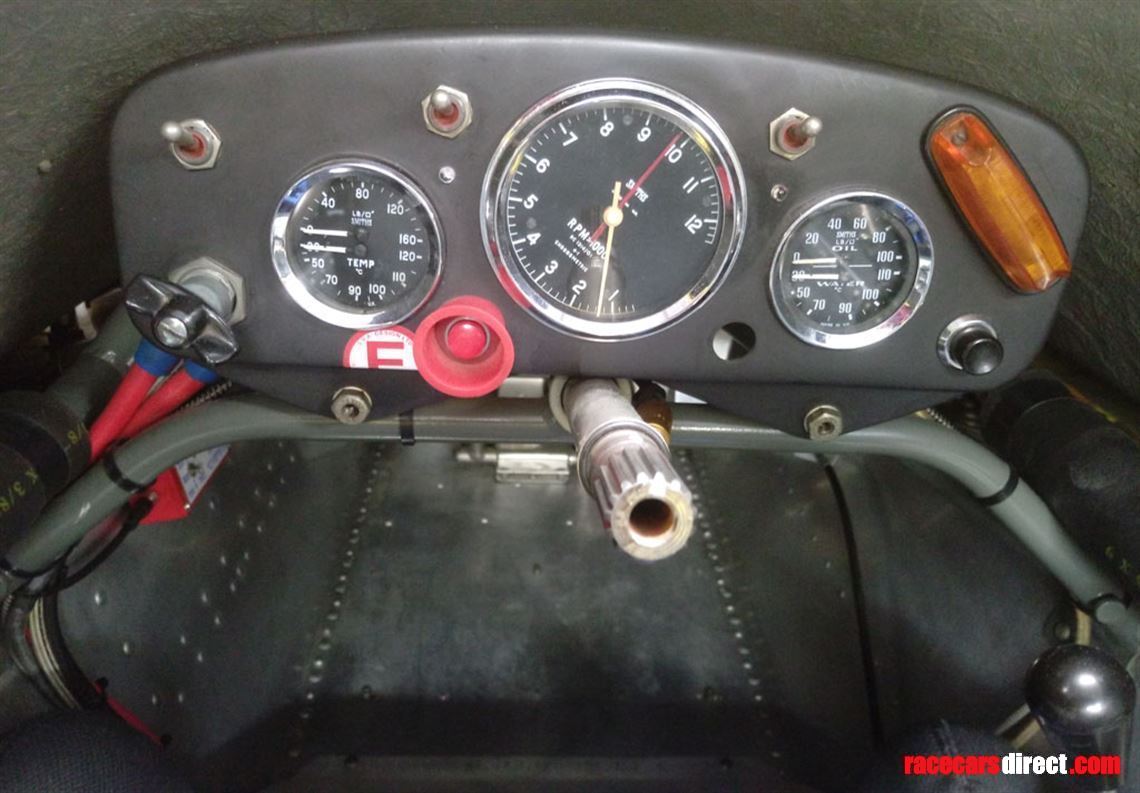 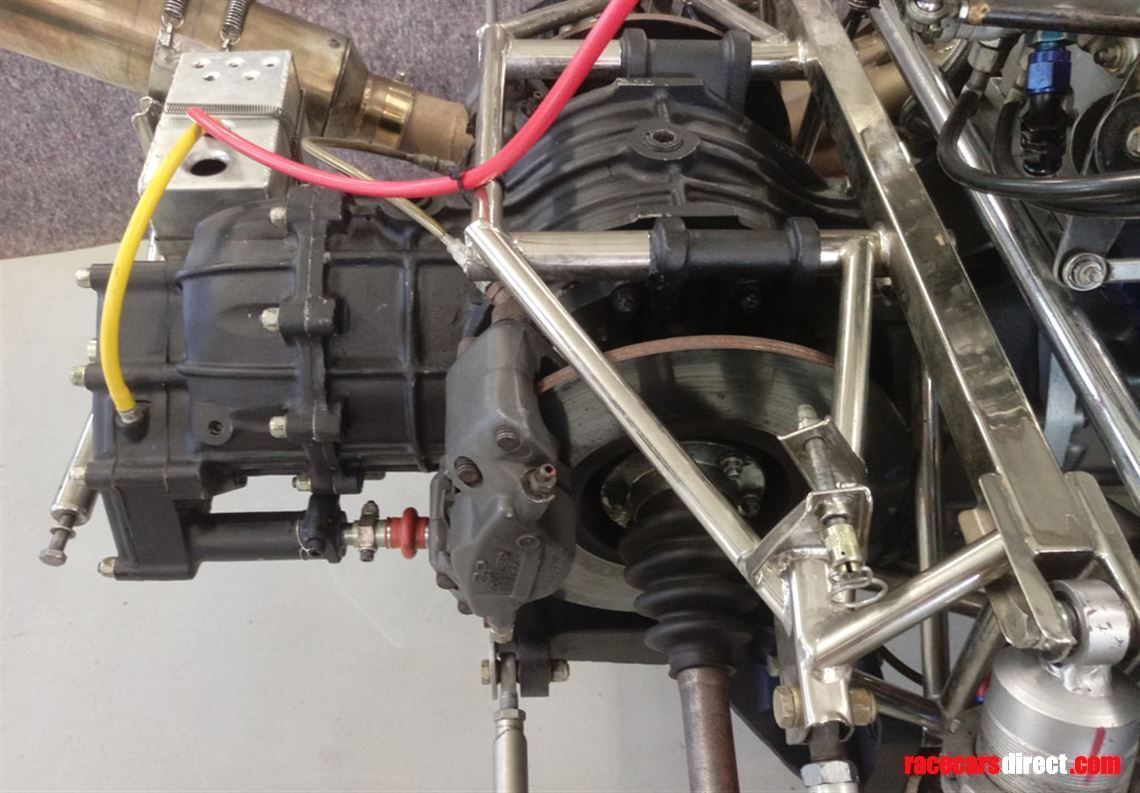 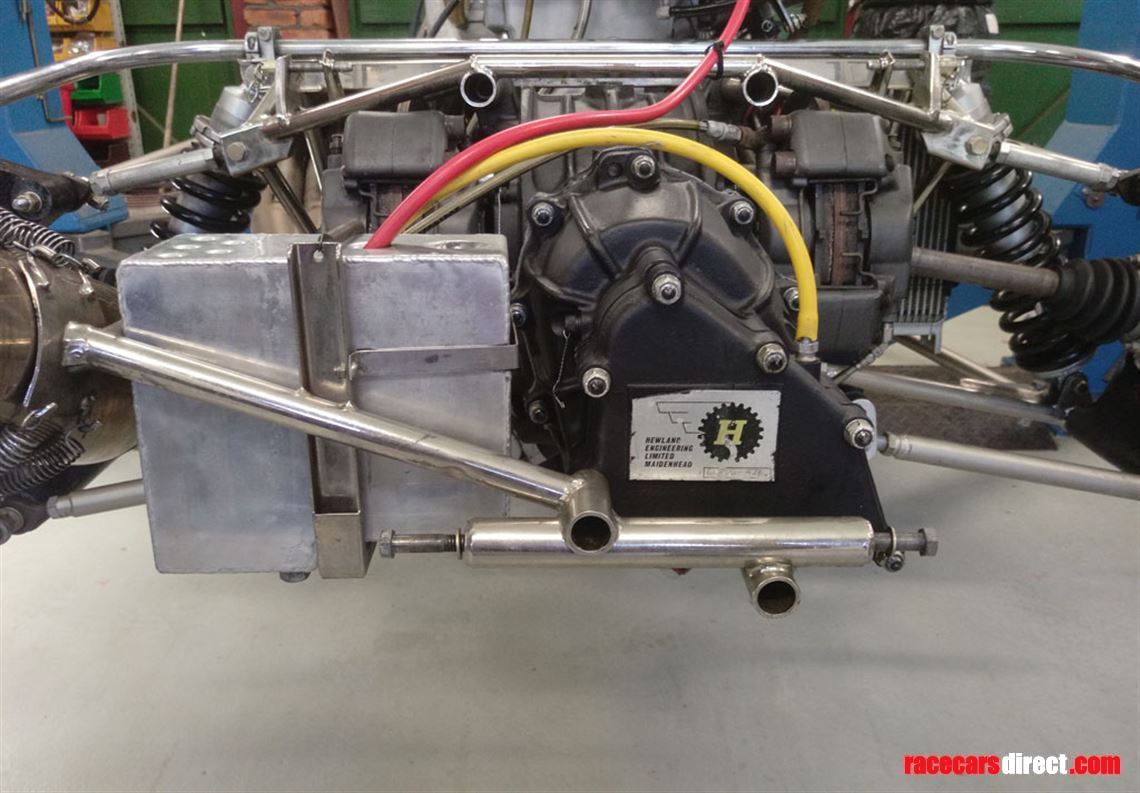 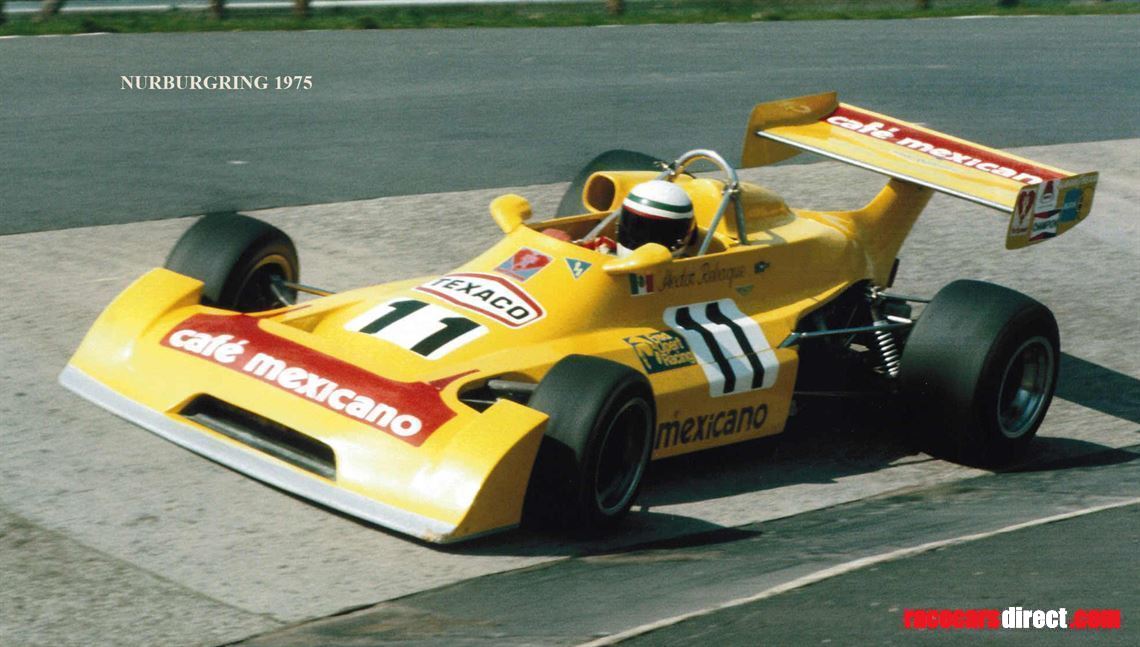 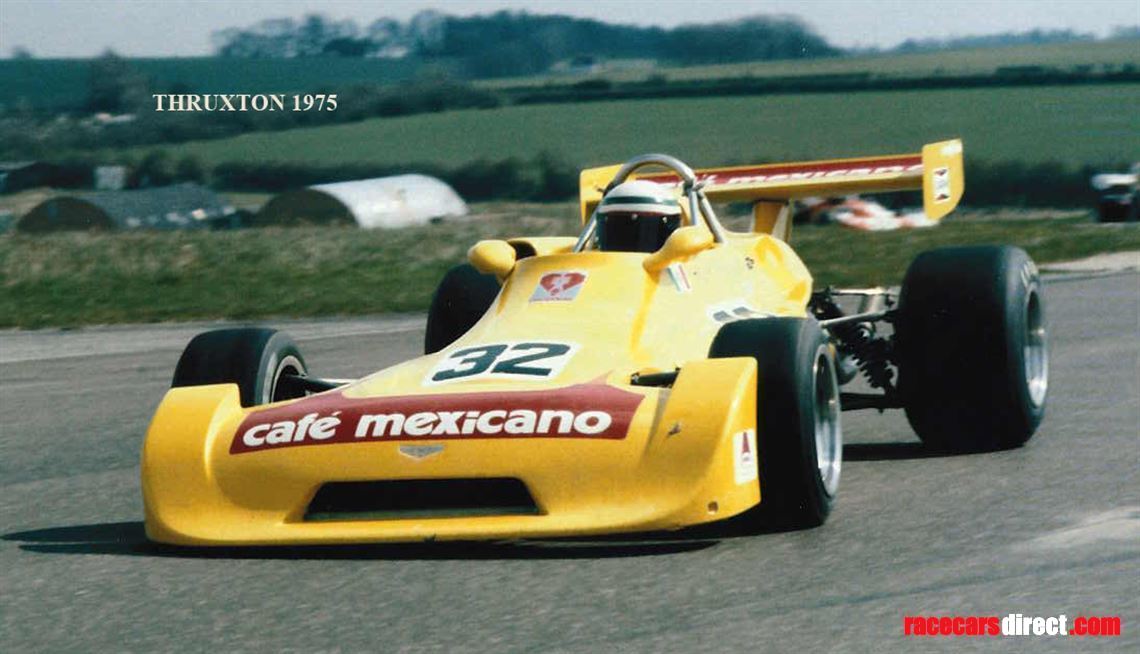 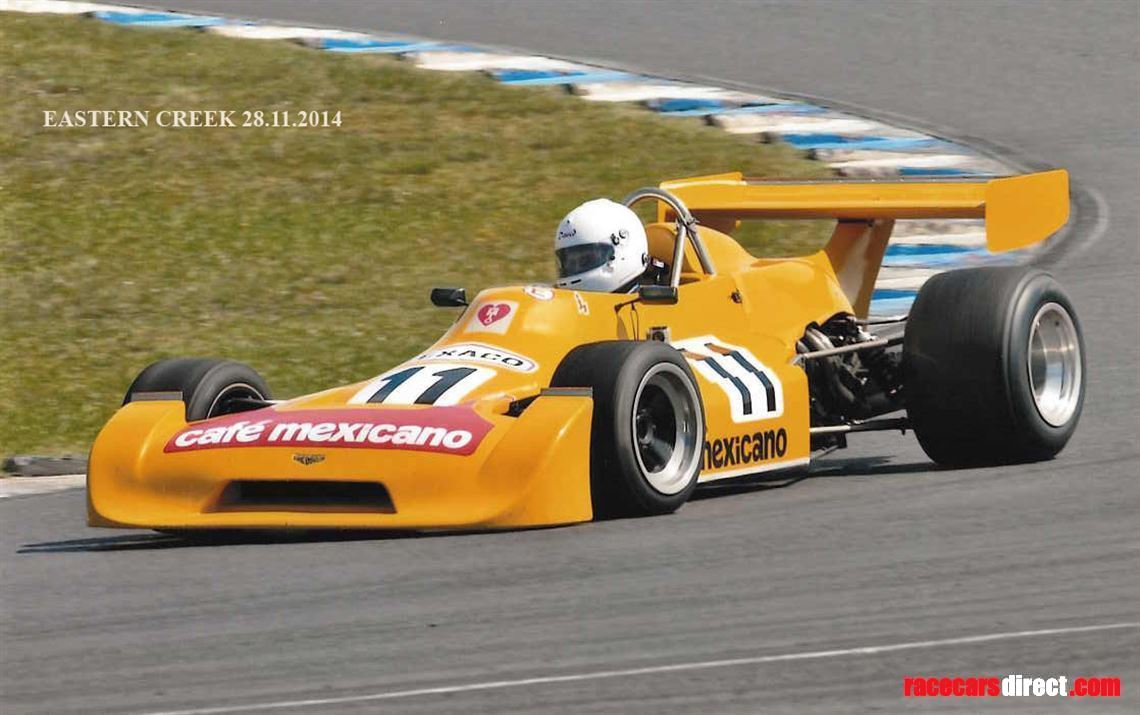 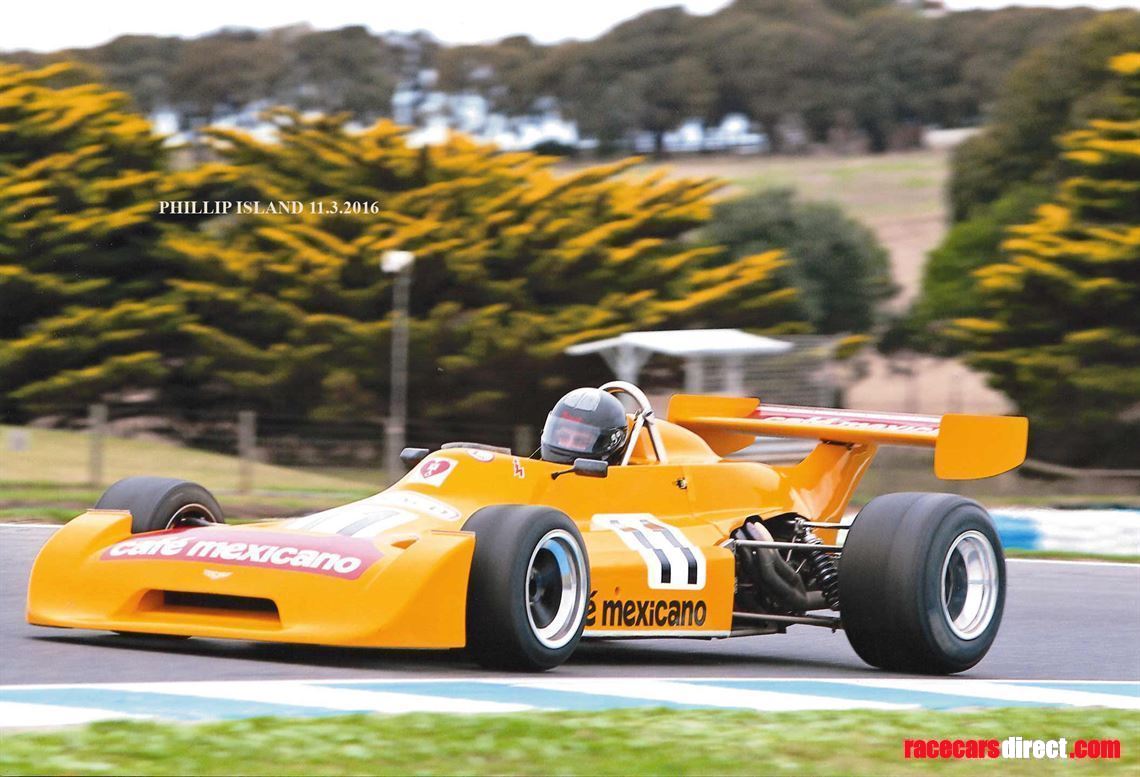 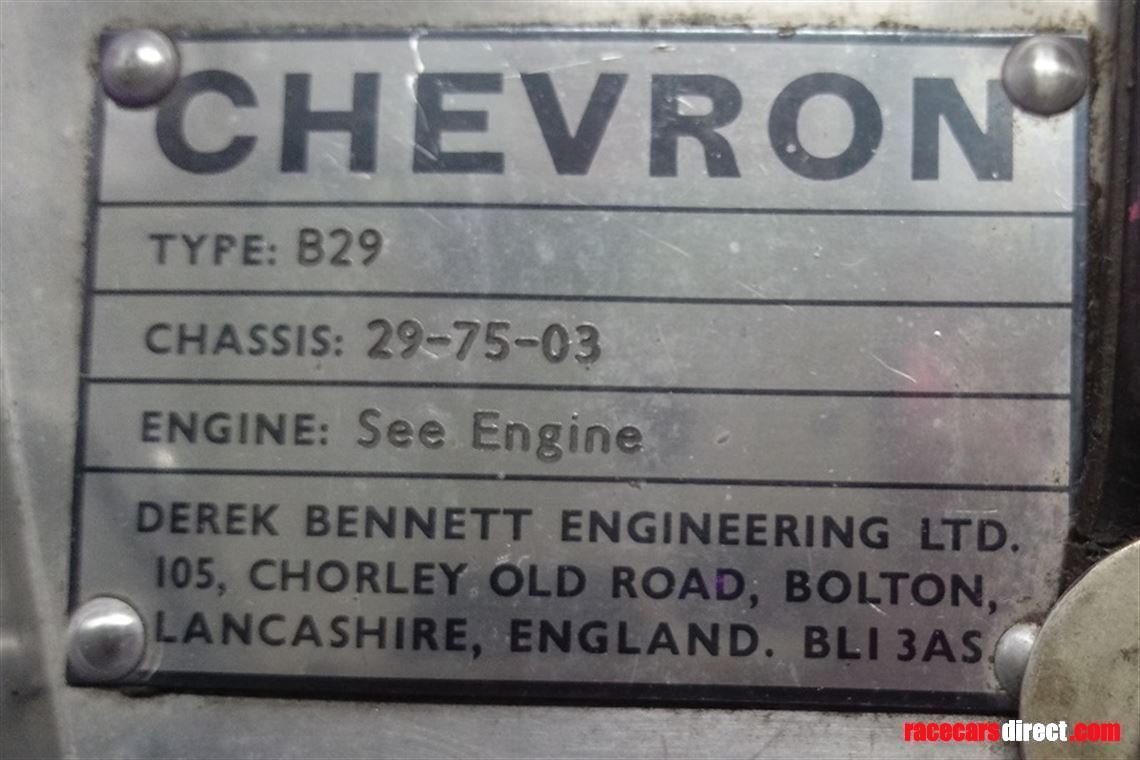 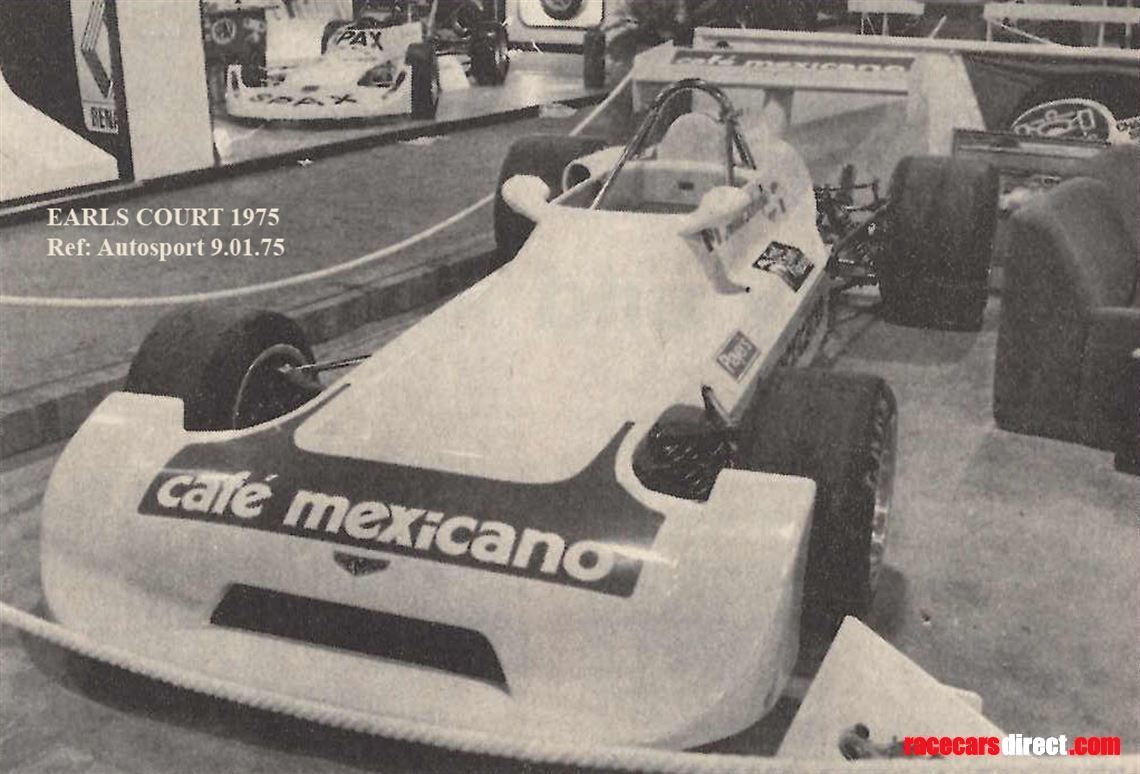 The car is in the UK with all taxes paid

The actual 1975 Earls Court Racing Car Show Chevron B29. Bought by American racing car owner, Fred Opert for his young Mexican driver, Hector Rebaque - who went on to race in F1. At the Racing Show the car was already in Rebaques "Cafe Mexicano" sponsored livery, which it proudly wears today.

B29-75-03 was purchased in the US during 2006 and taken to Australia, where it underwent a complete restoration. It has its original tub which shows no signs of trauma or repairs. The car was rebuilt to full F2 specification, as raced by Rabacque during the 1975 F2 European season.

Like most Chevrons this one is an absolute delight to drive and is in excellent condition. The cockpit is very roomy and unlike many F2 cars of this era (e.g. most Marches, etc.) it will allow a taller / larger driver to comfortably fit.

Since its restoration it has competed at all the major tracks in Eastern Australia, where it has proven to be totally reliable and extremely competitive.

The engine is a 1993cc ali-block Cosworth BDG with original Lucas injection. Just 600 miles ago, the engine had a full rebuild, inlcuding new valves, seats, guides tappets, camshafts etc.  The engine has had a further refresh just 50 miles ago and hence is totally ready for the 2021 season.

The car comes with two sets of genuine Chevron wheels, a set of transport wheels, moulds, two spare noses and assorted spares. It has a HTP valid till 2029 and an Australian Certificate of Description (COD) confirming its provenance.

The car is currently avalable to view in Kimbolton, UK at Absolute Race Engineering (ARE). To arrange a viewing and discuss the car please contact Bob Juggins of ARE on 07850 307 640, or by email on robert.juggins@gmail.com.

Questions can also be directed to me via the contact email.

This car is once again on the button & ready to race & well known amongst the Chevron racing world.