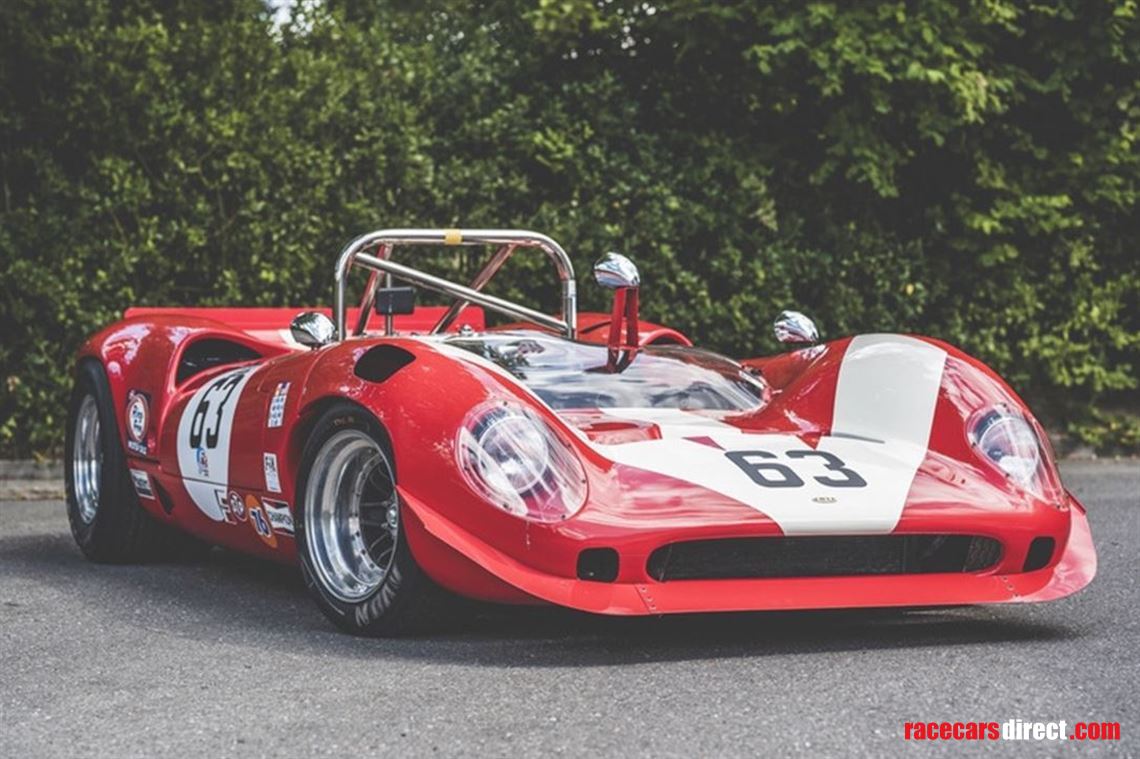 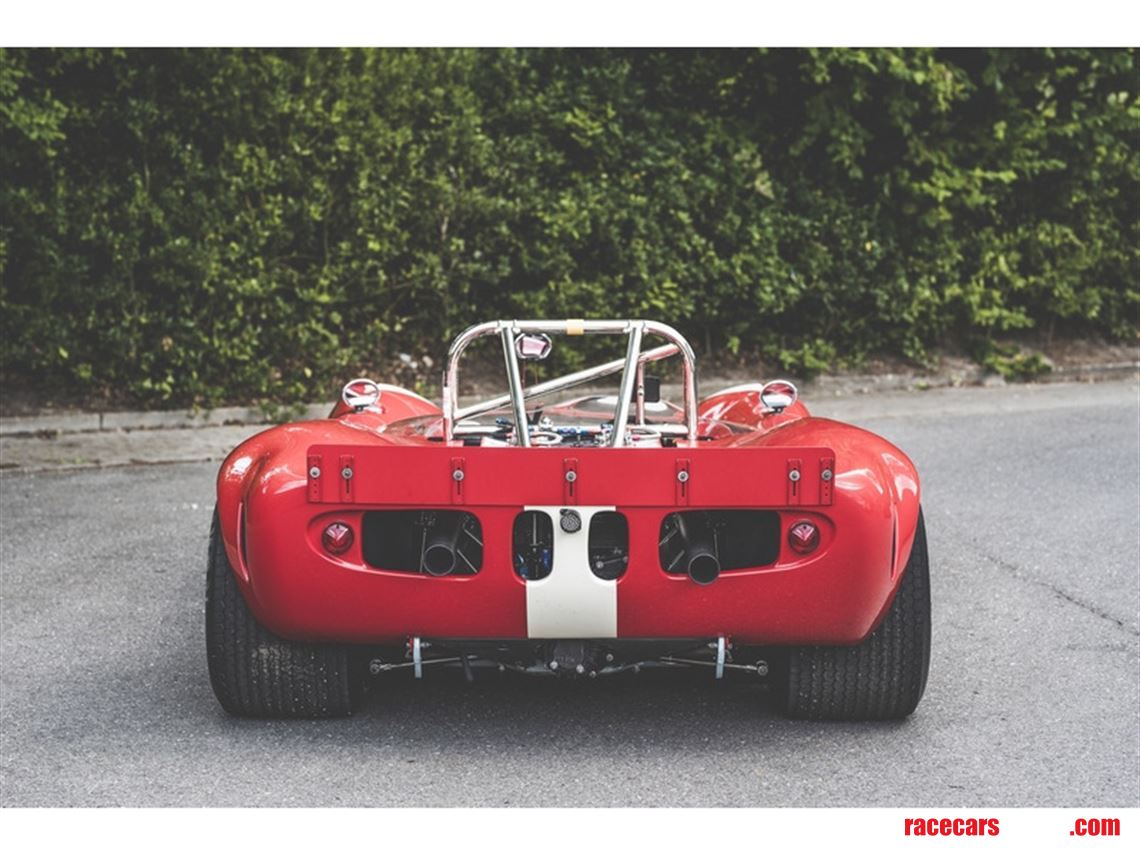 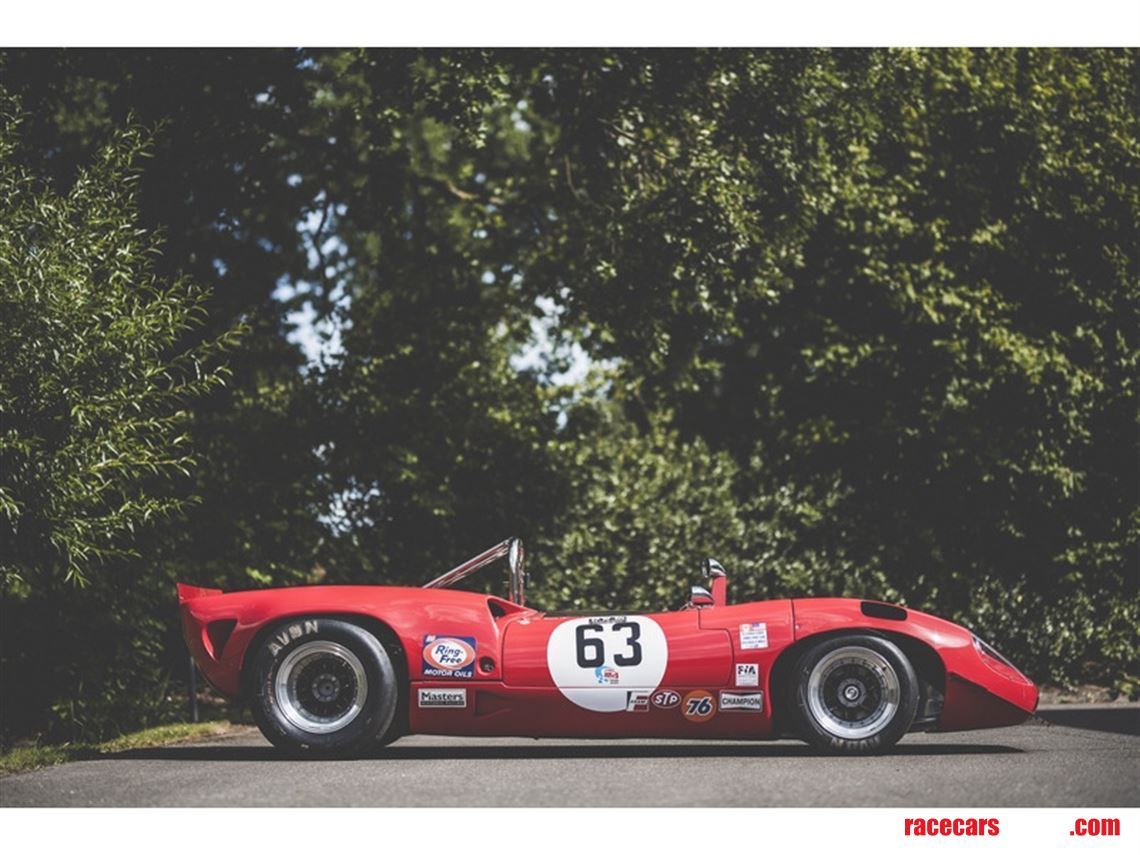 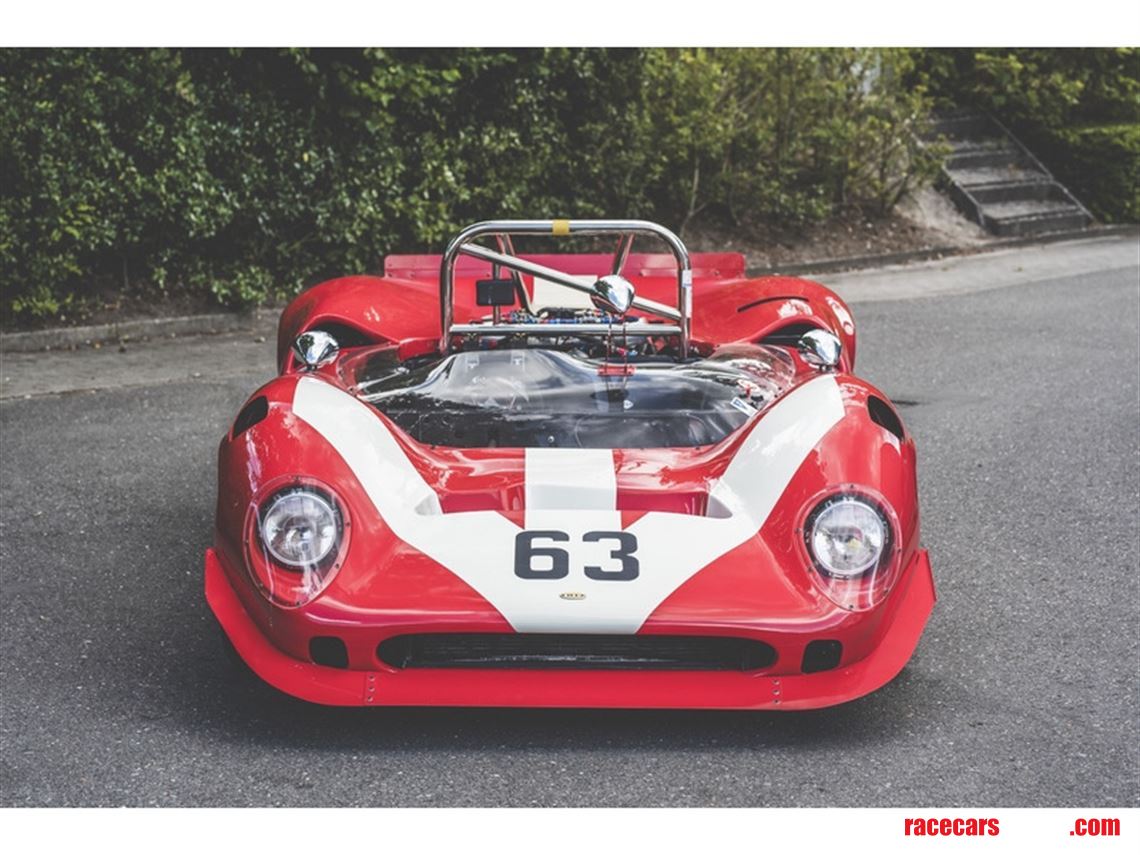 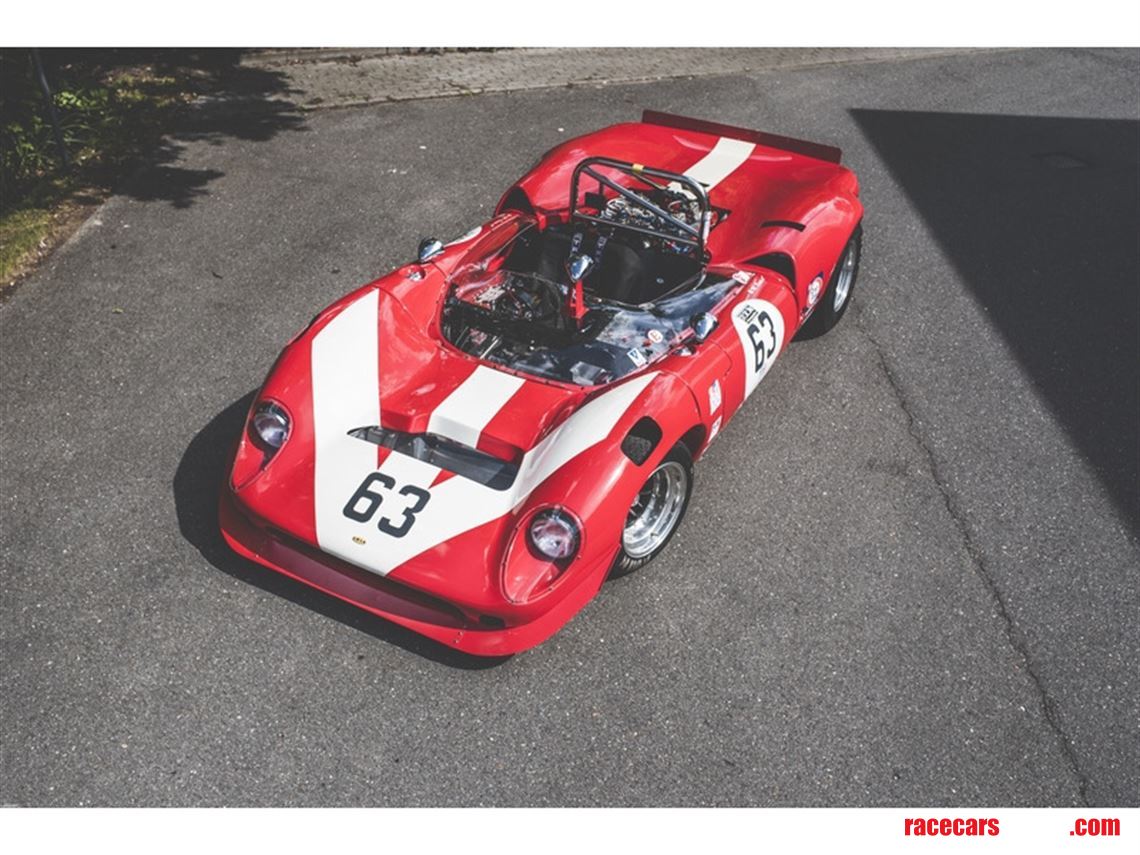 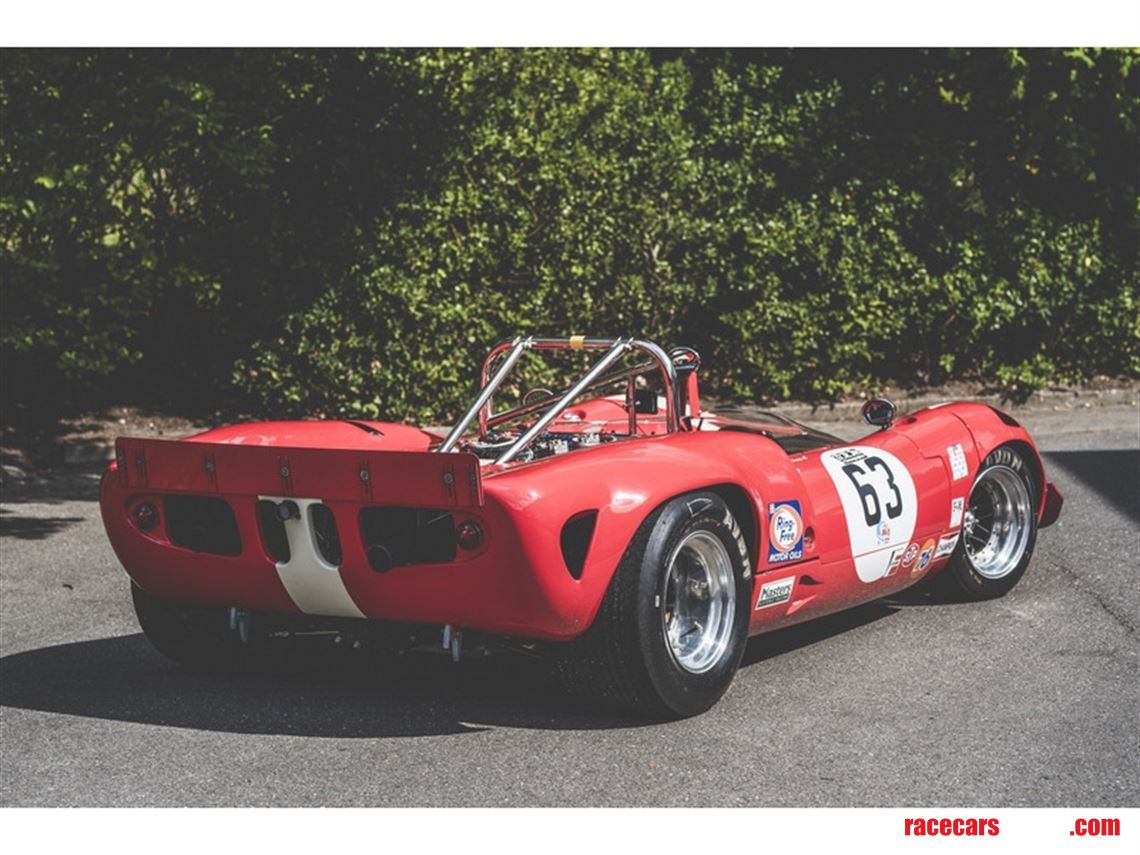 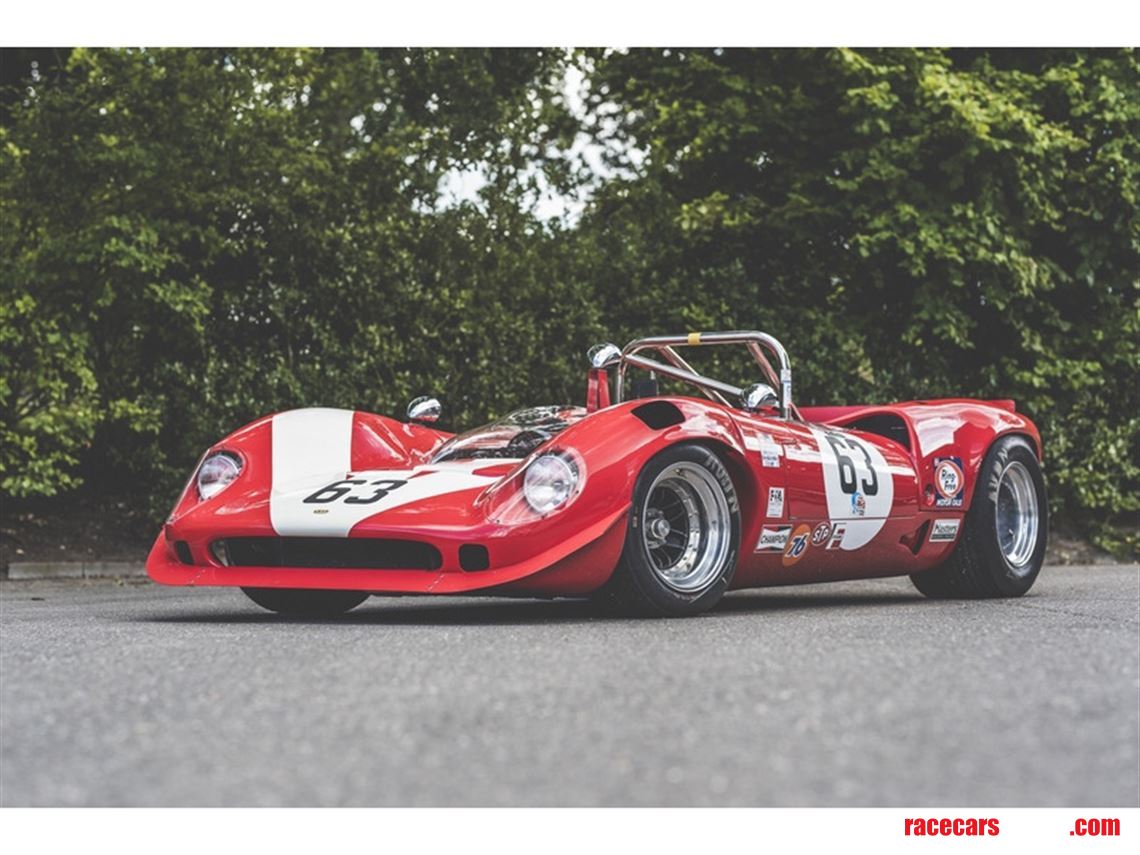 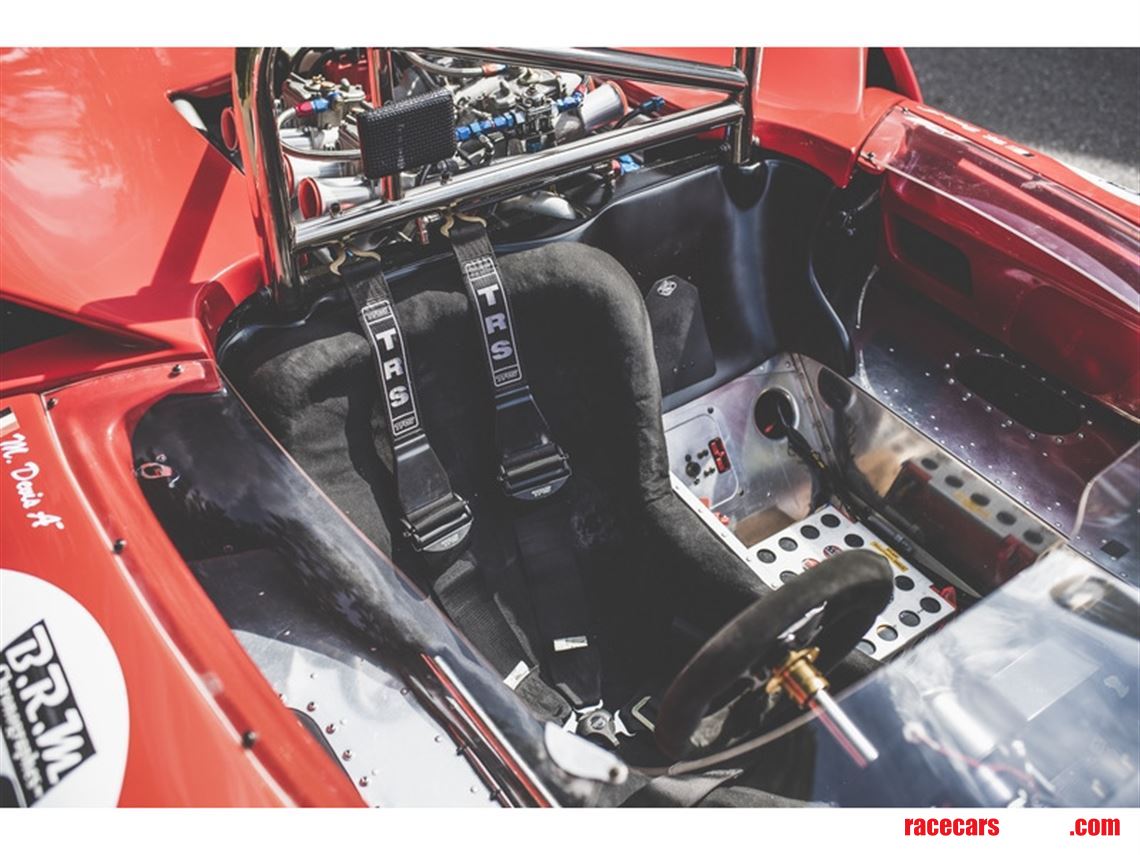 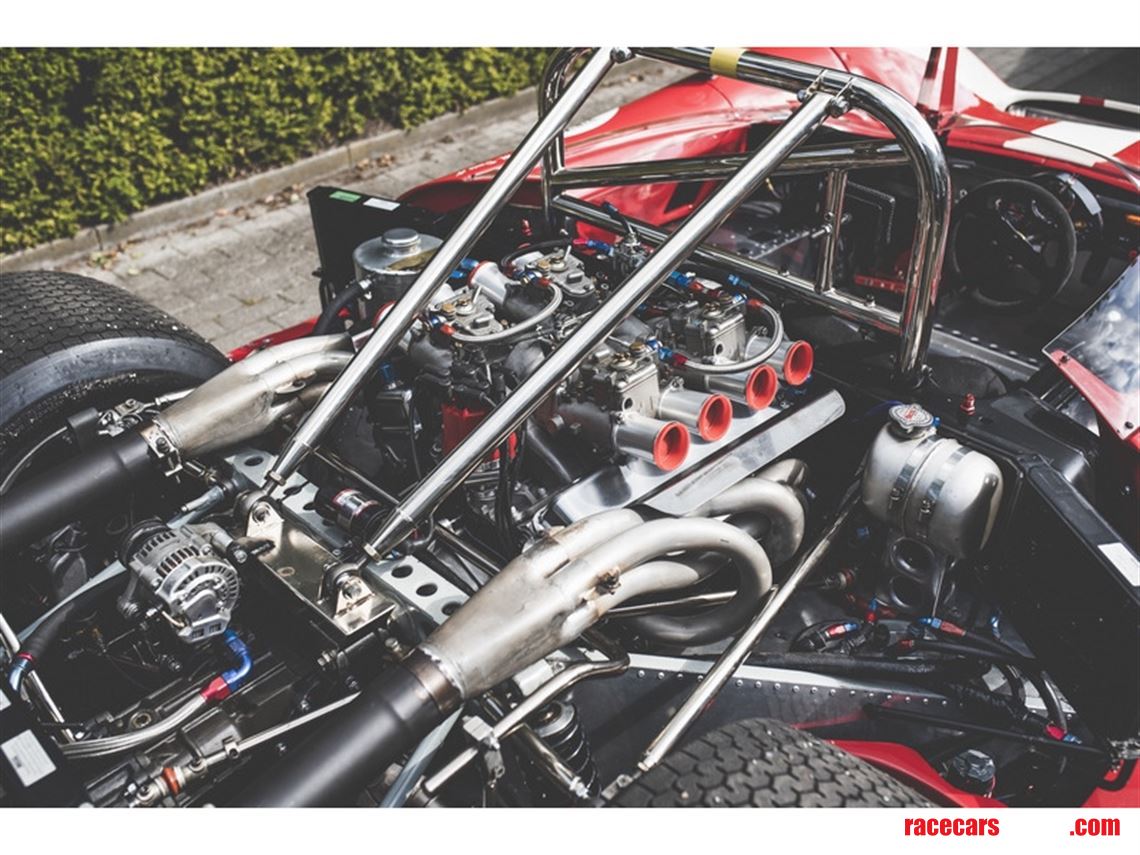 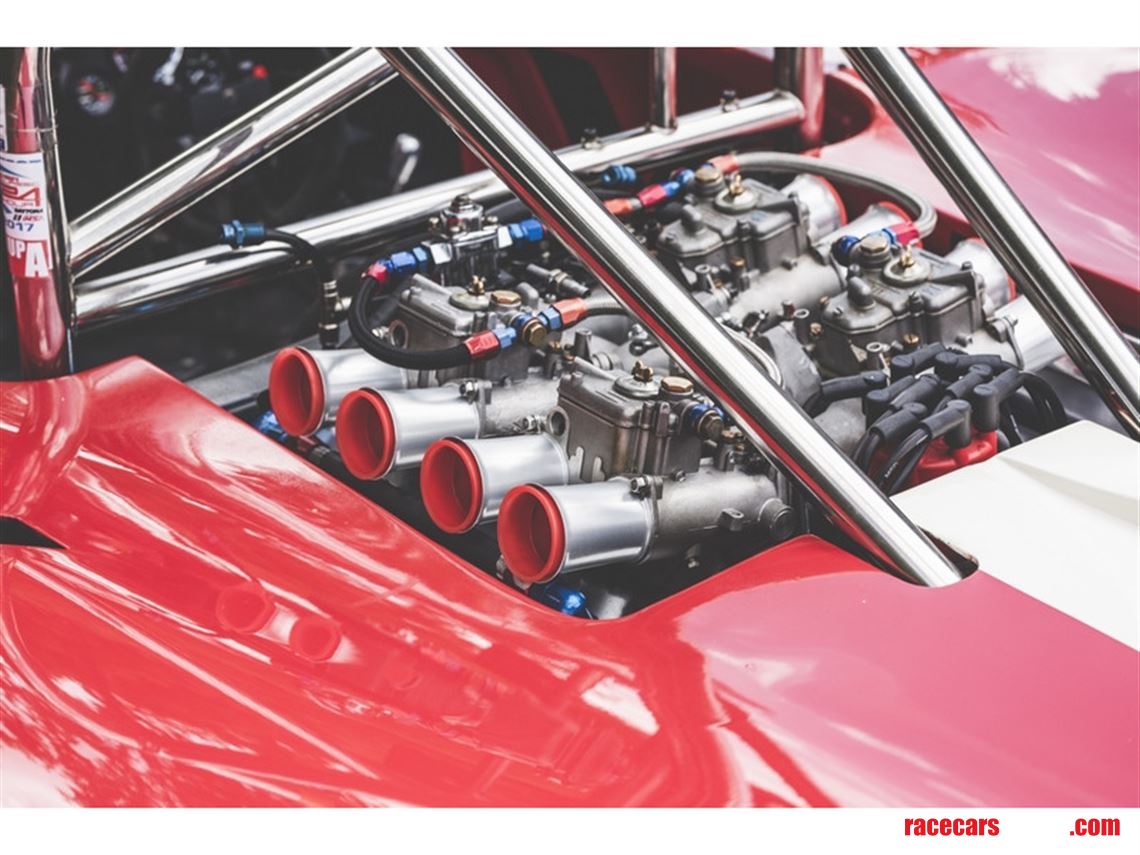 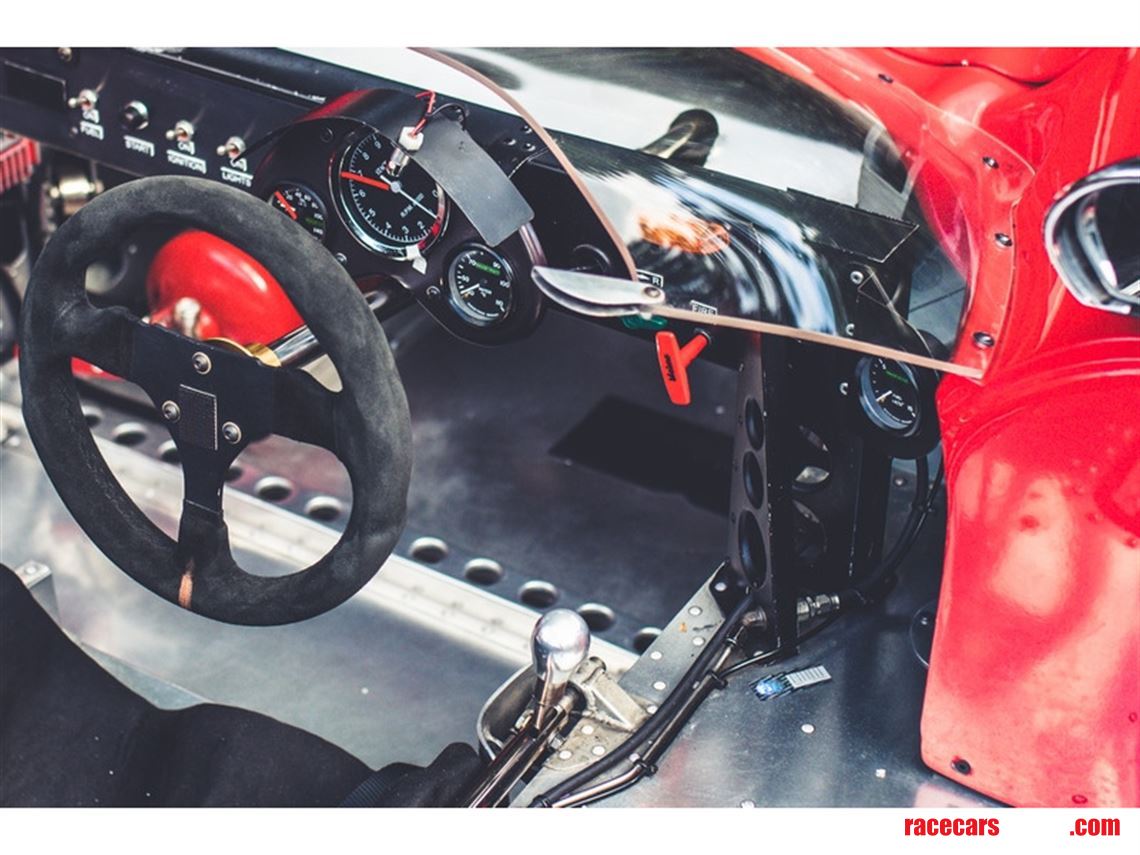 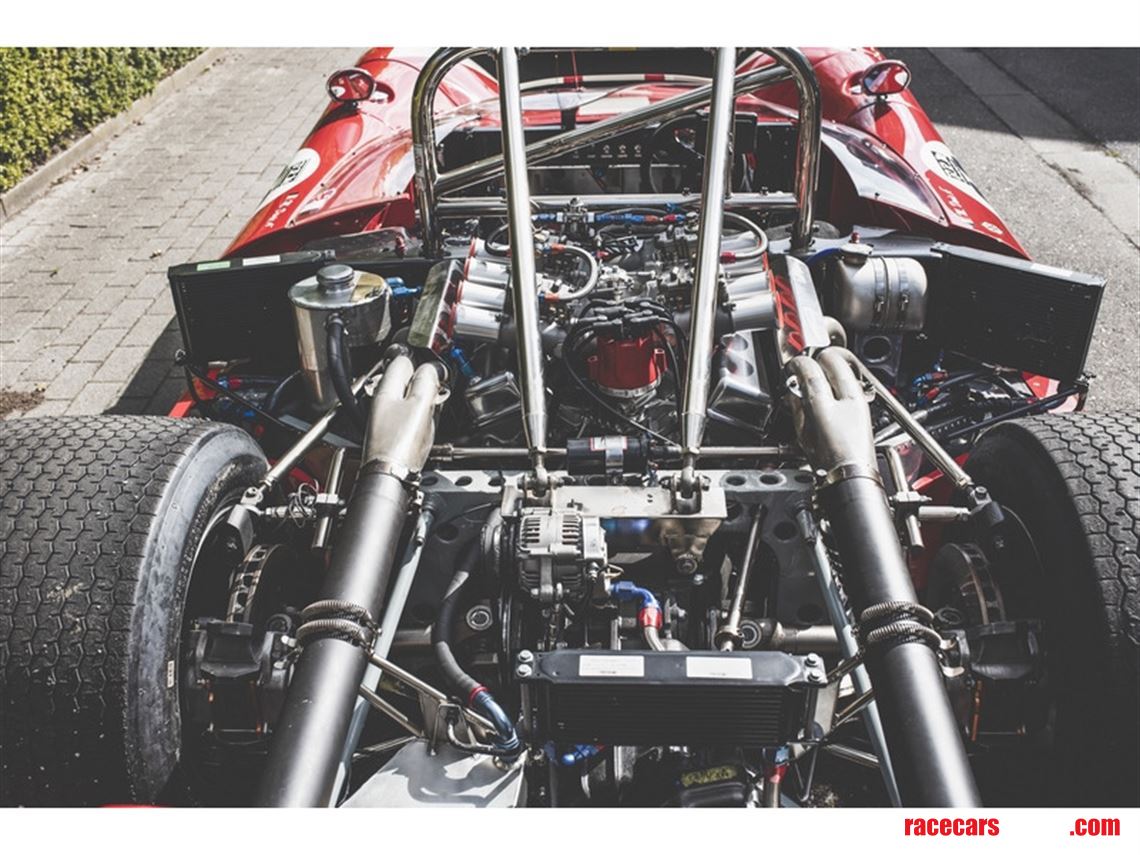 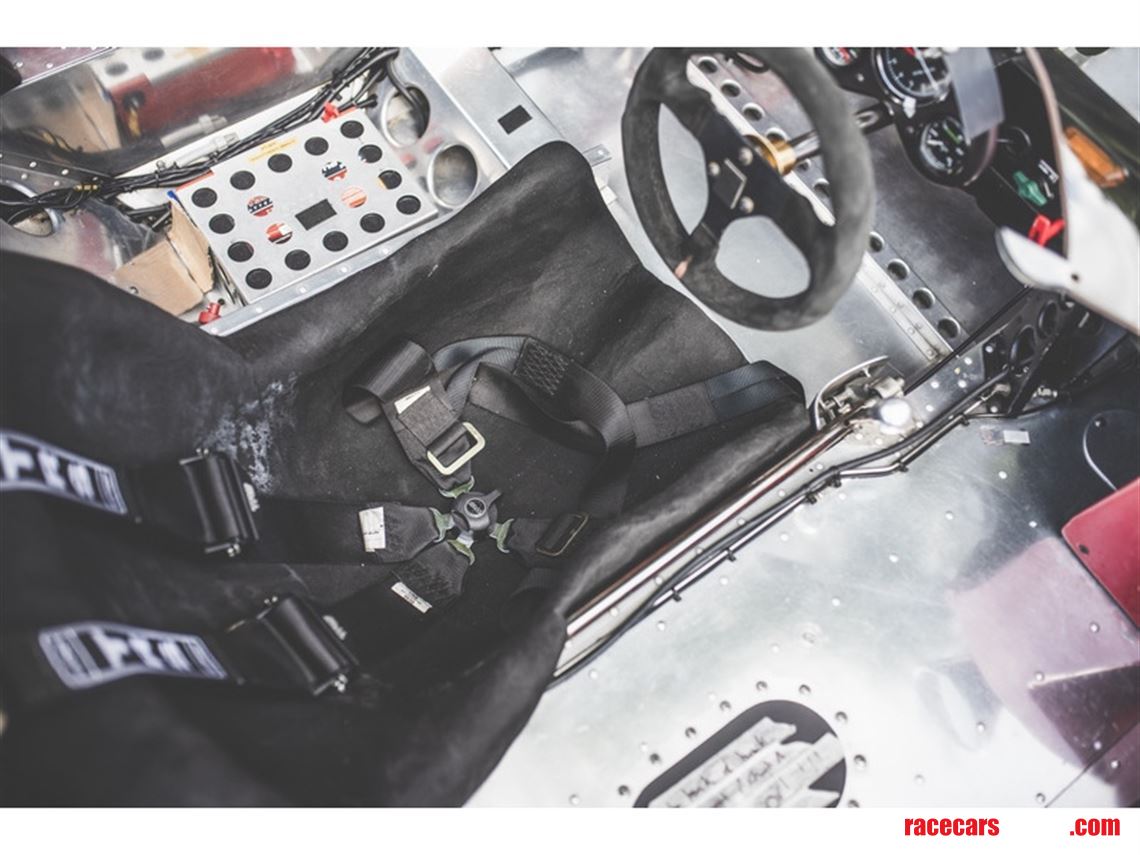 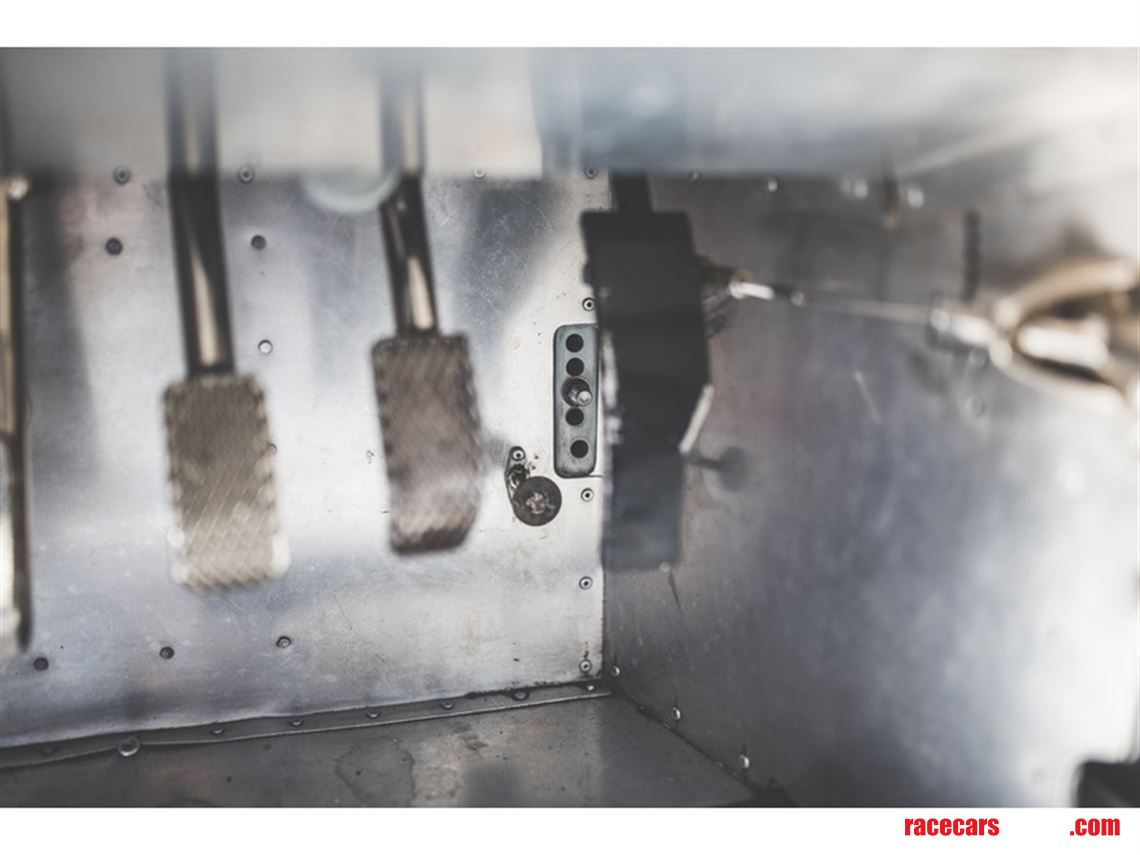 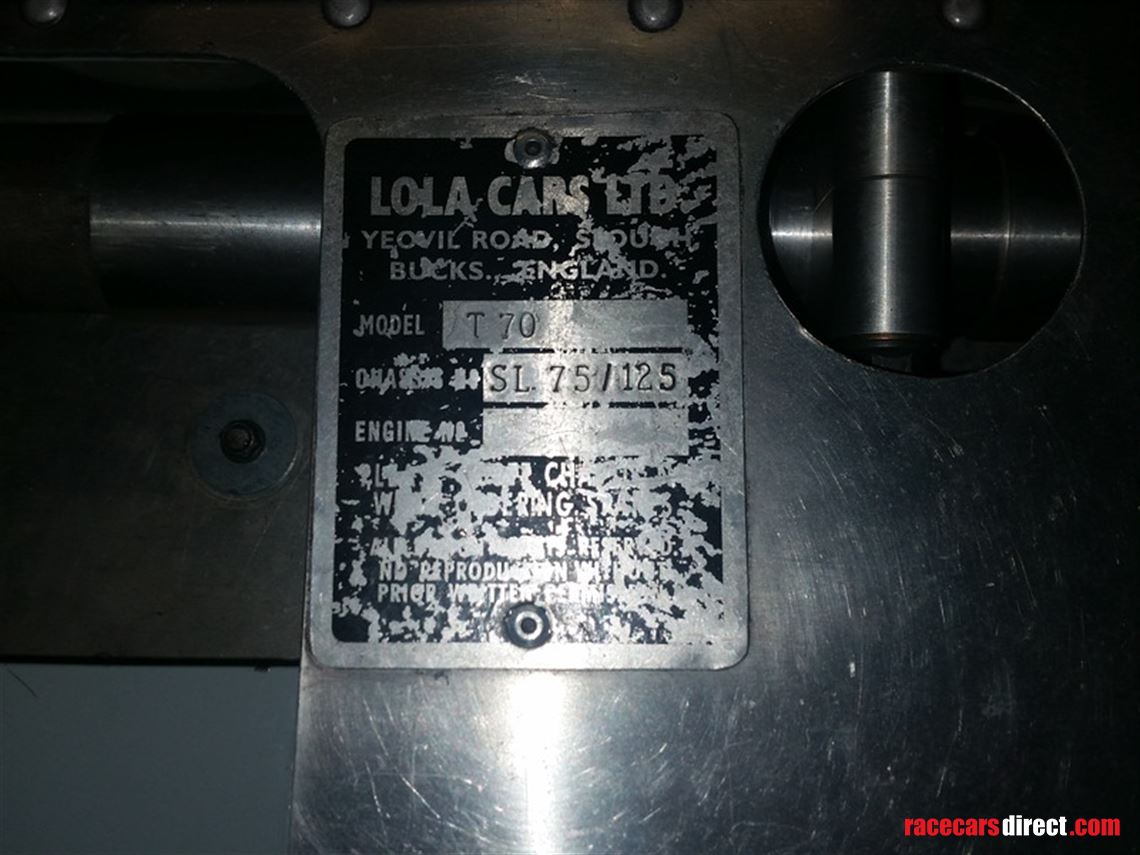 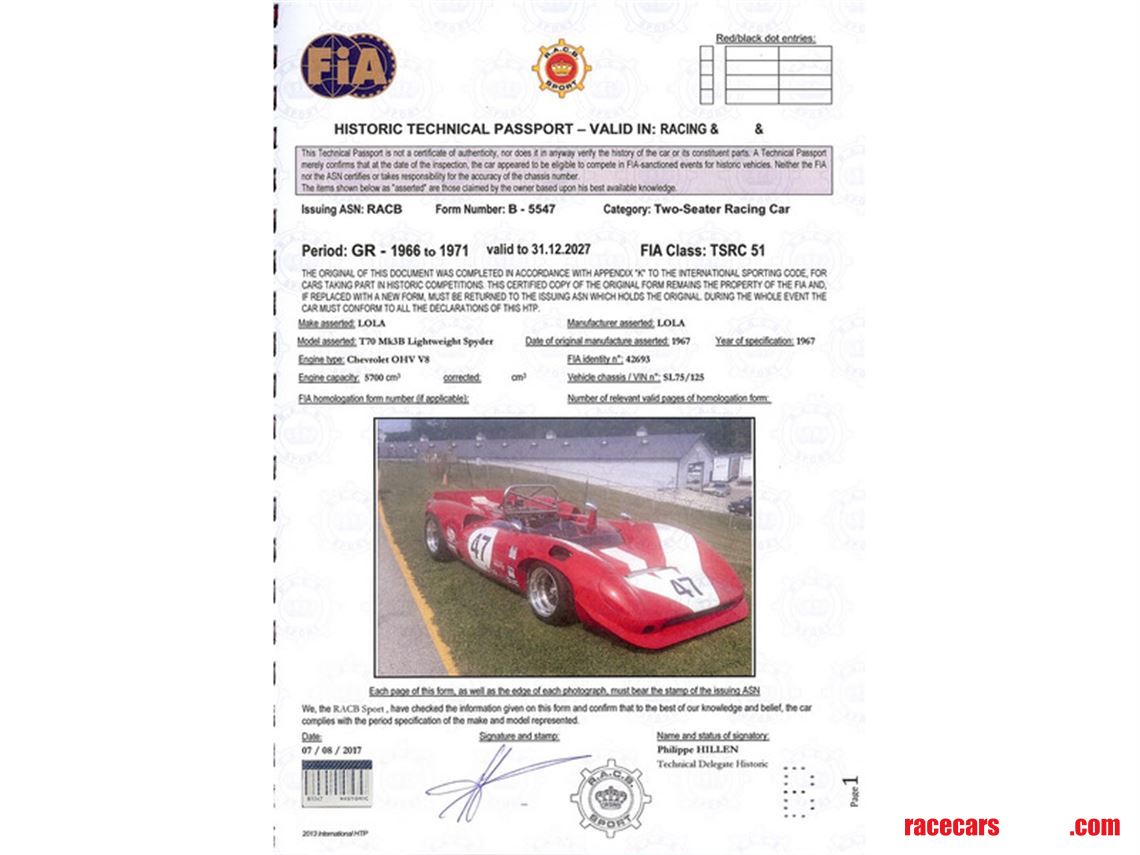 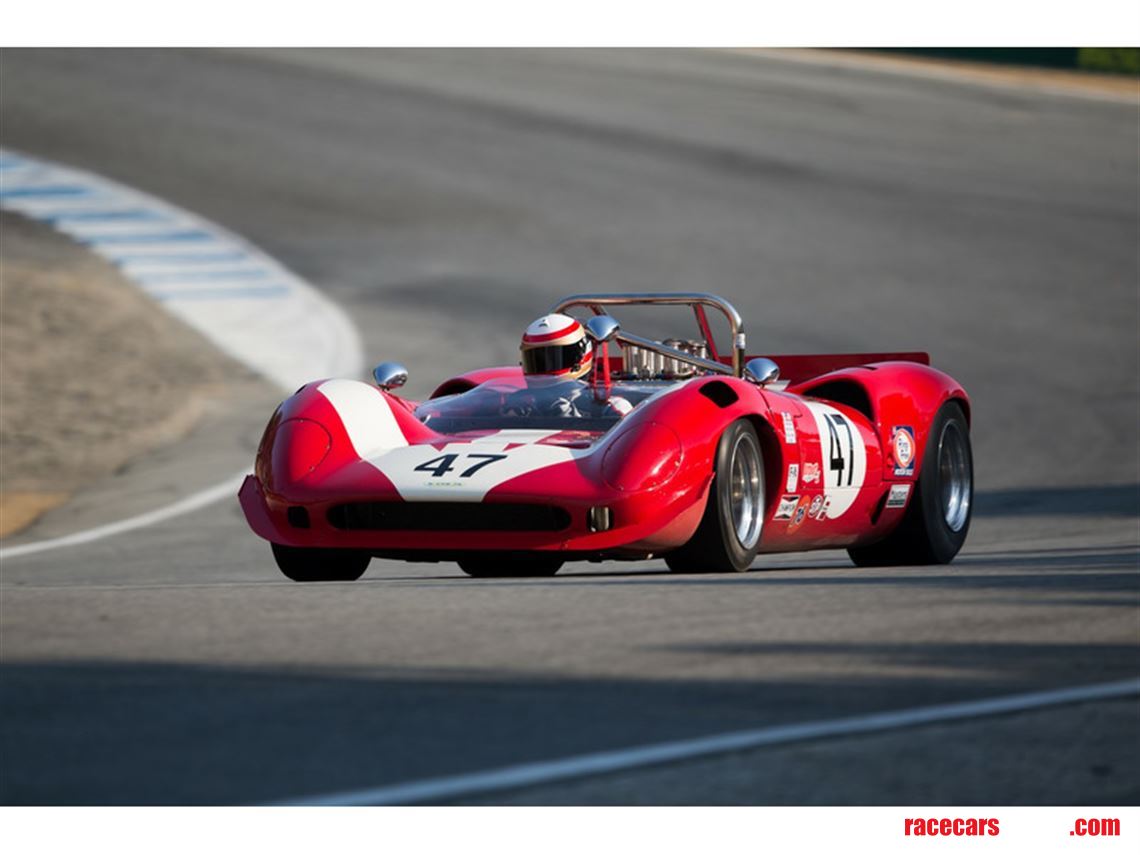 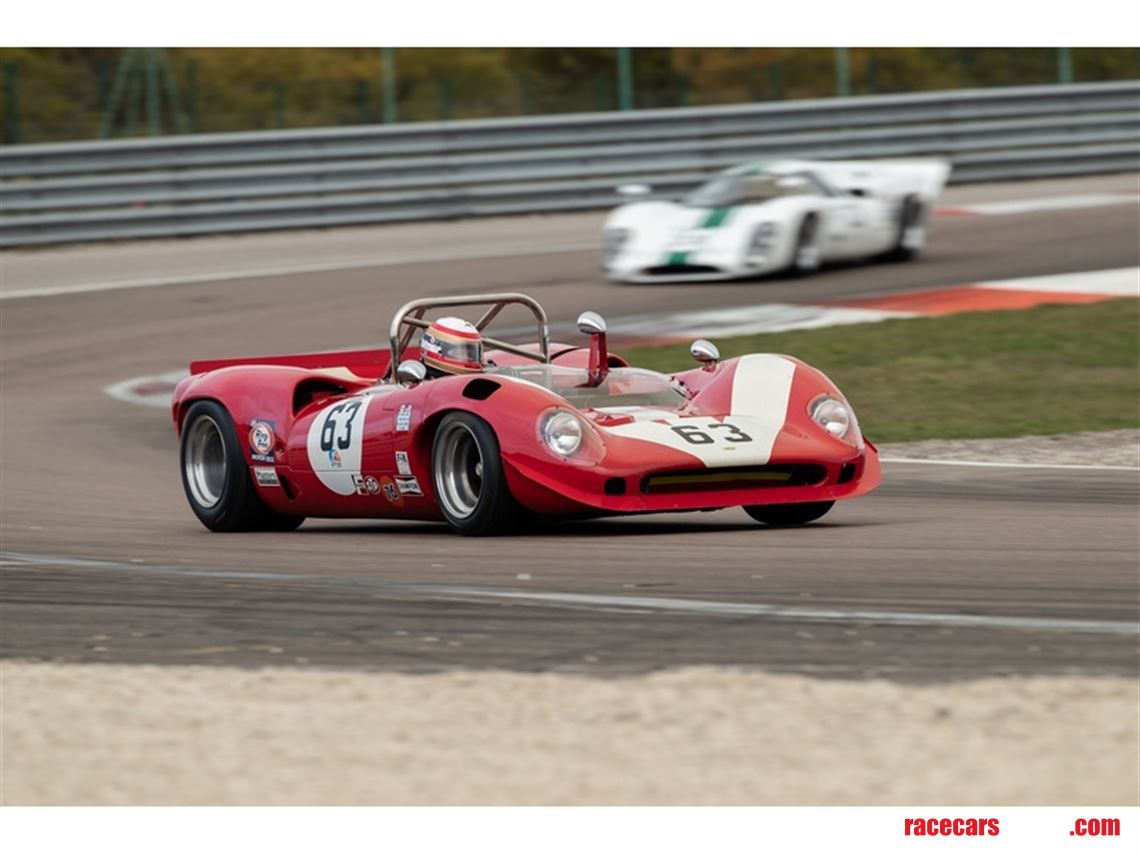 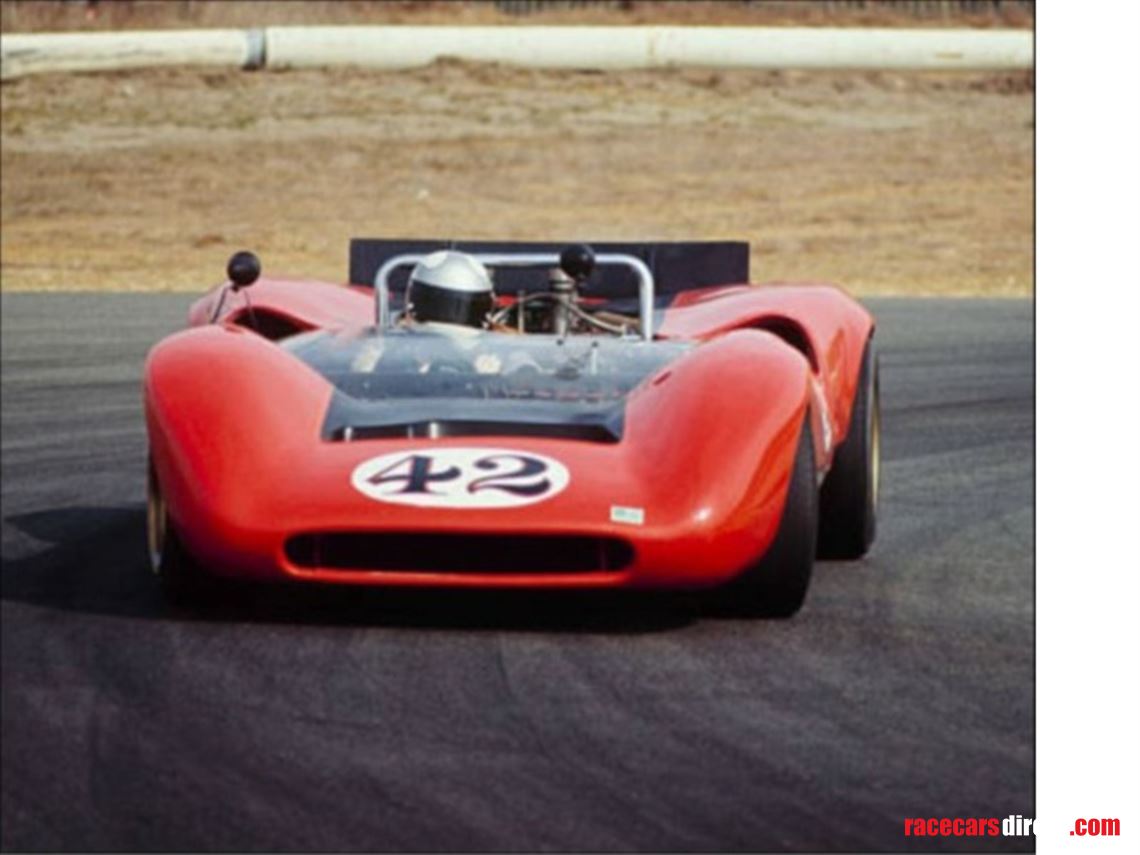 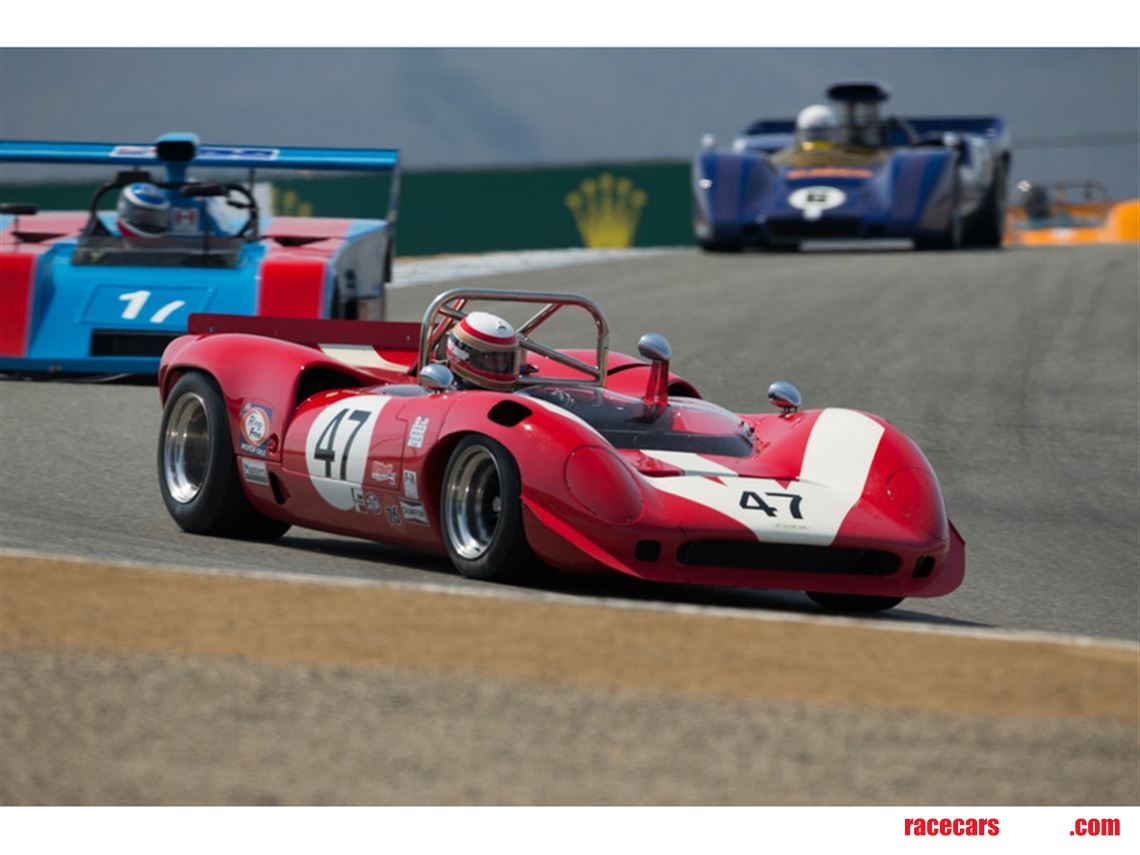 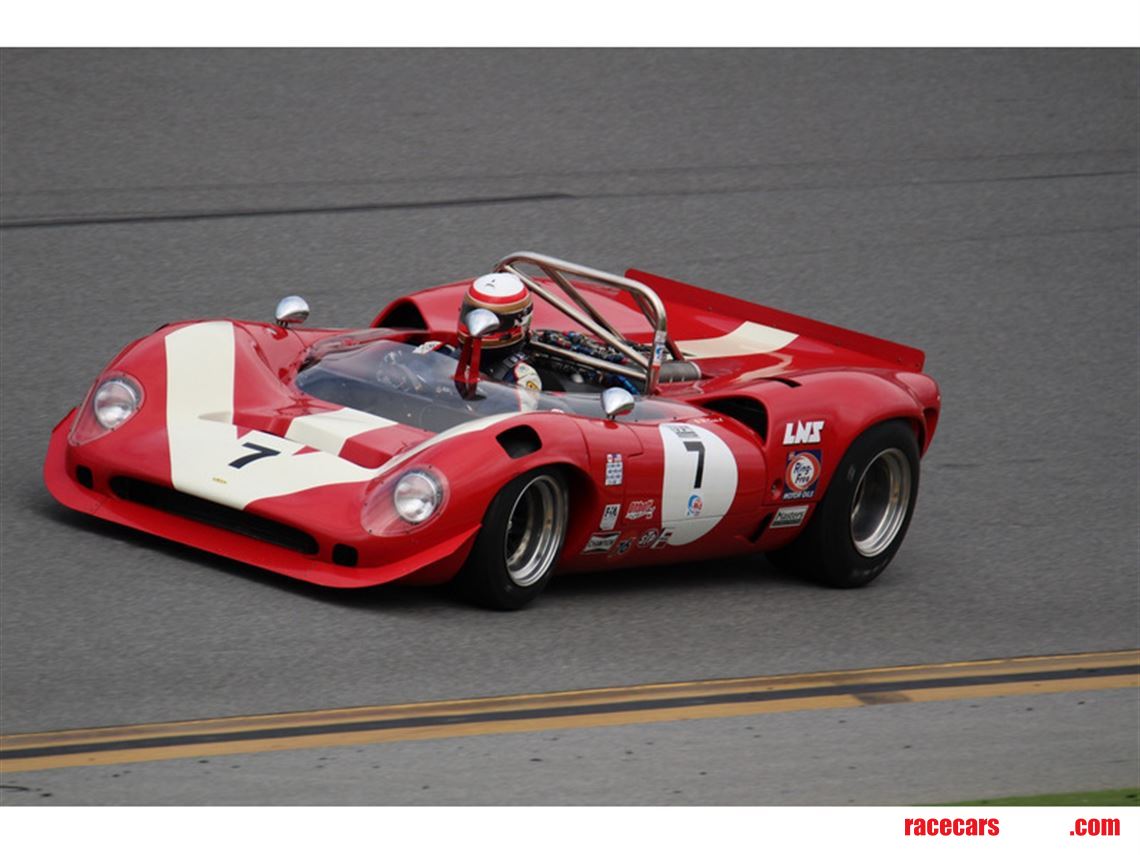 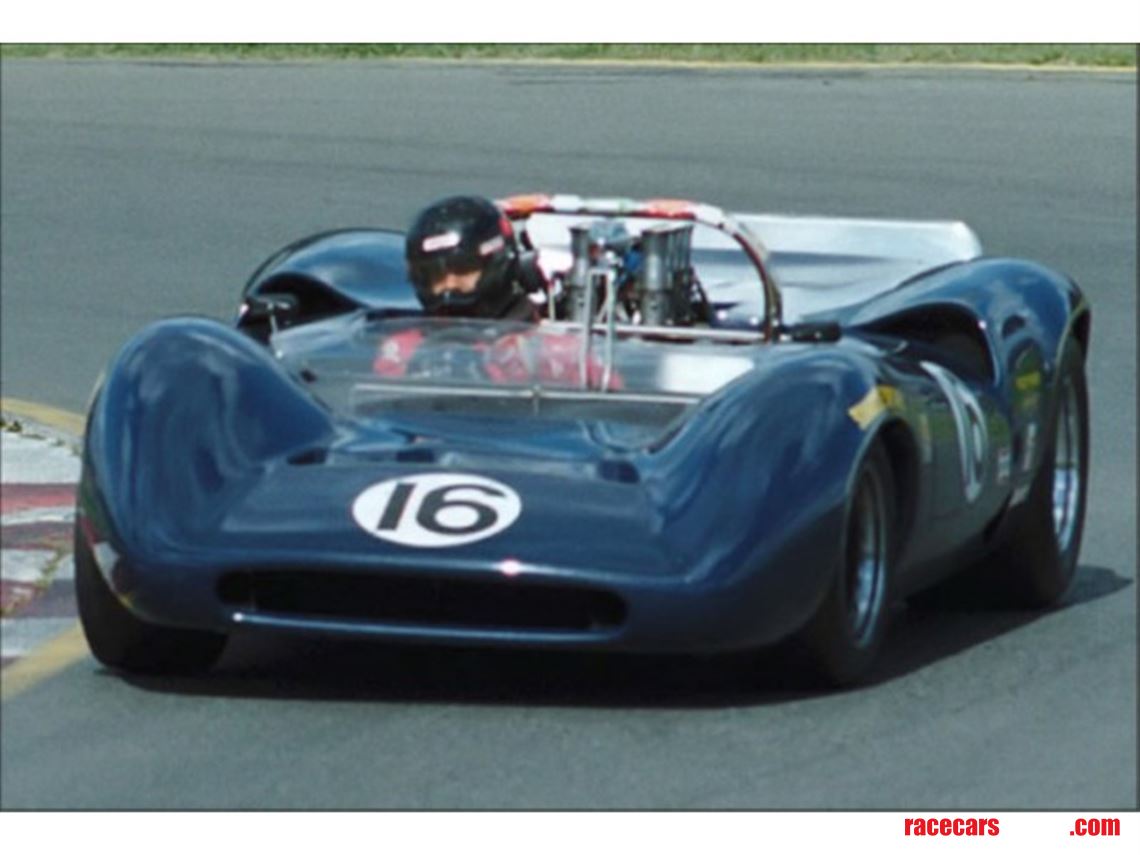 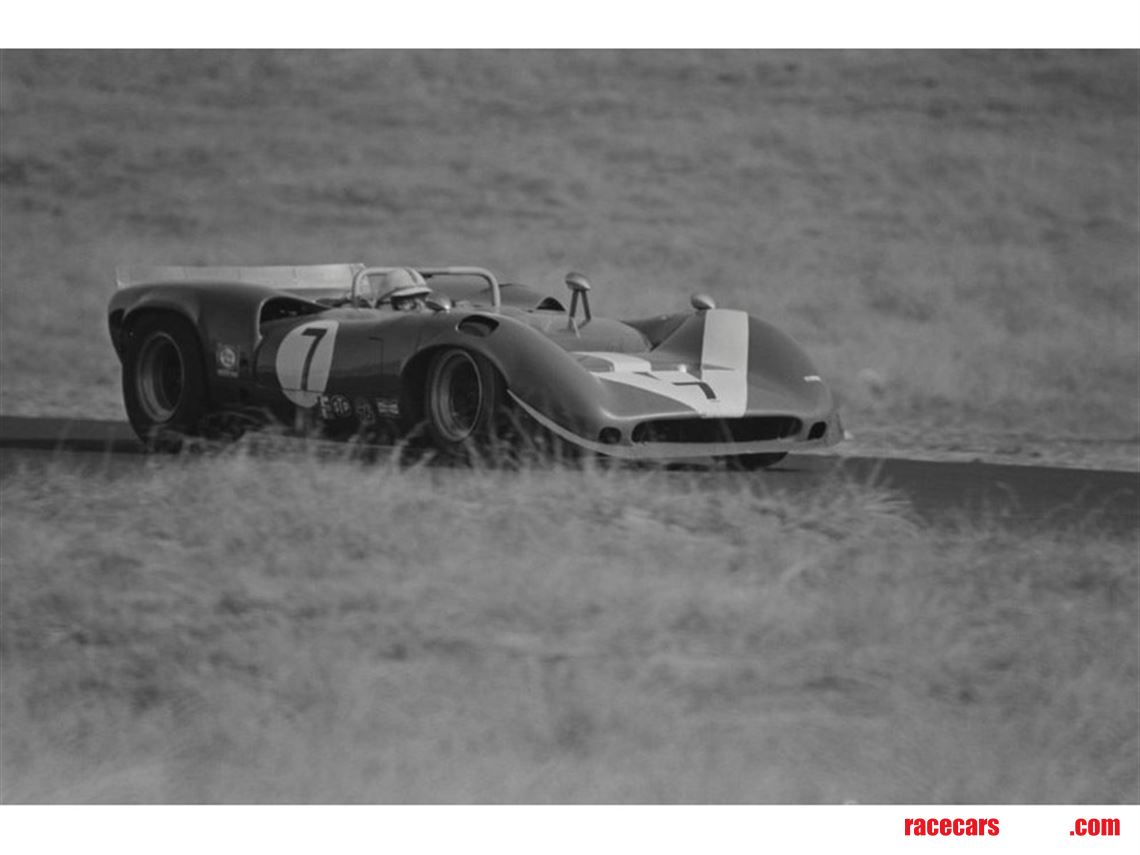 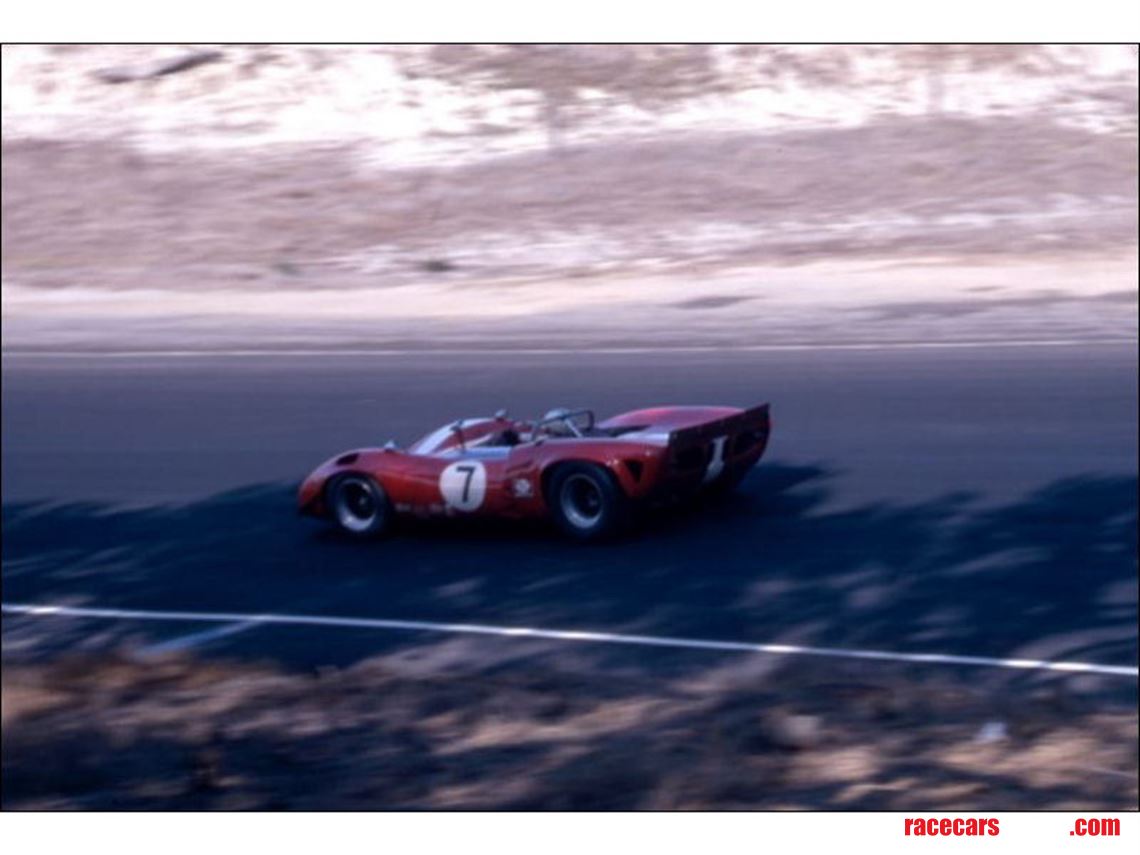 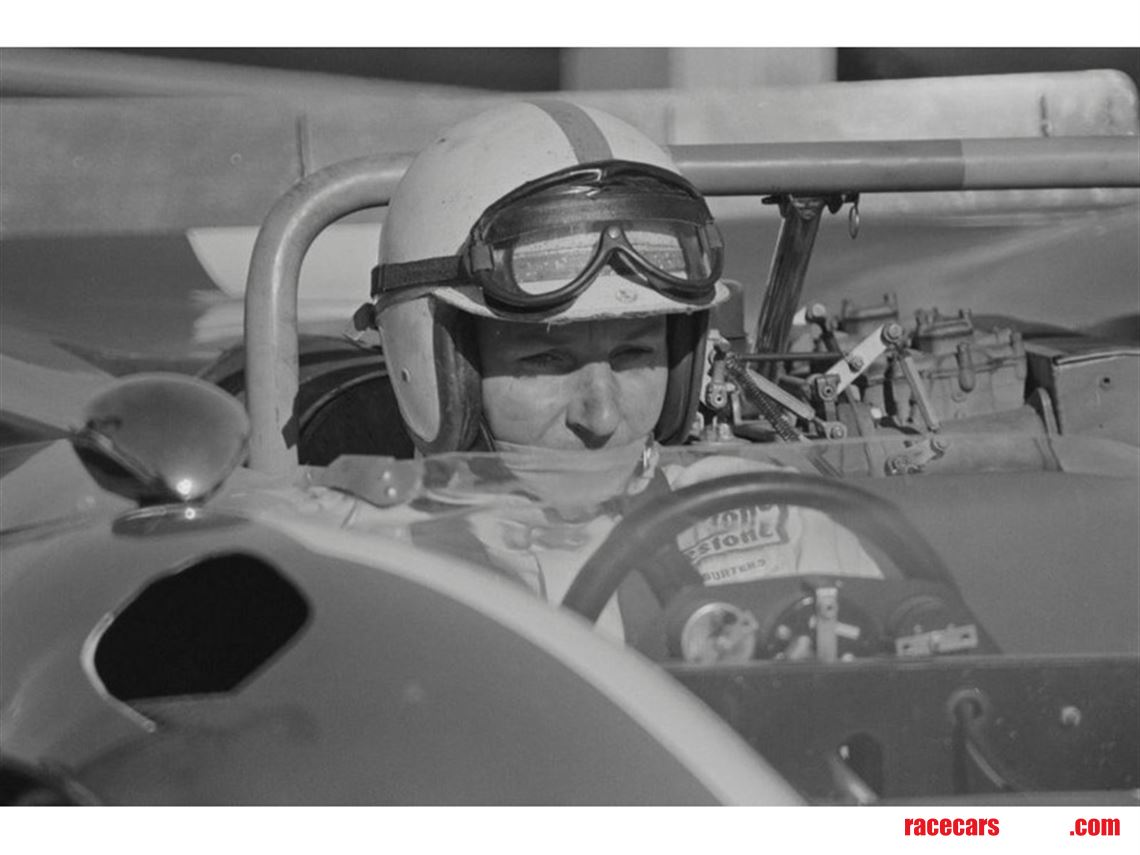 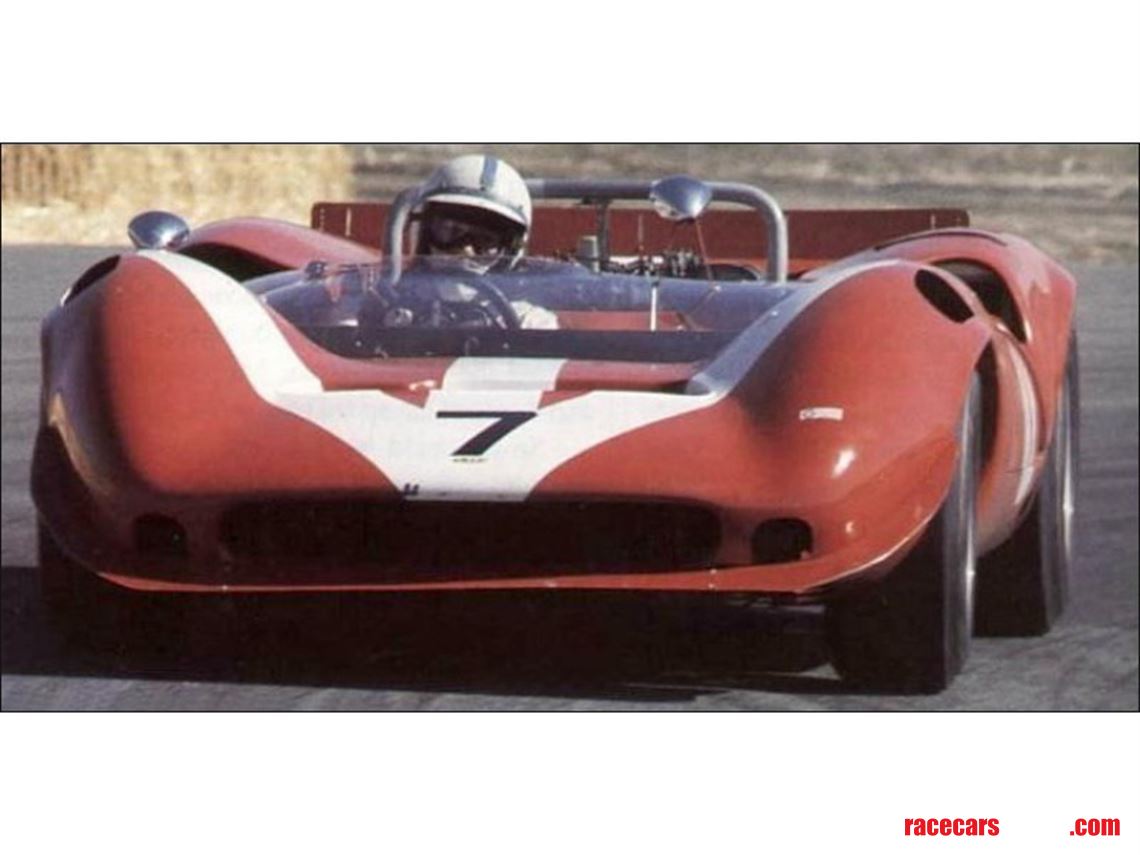 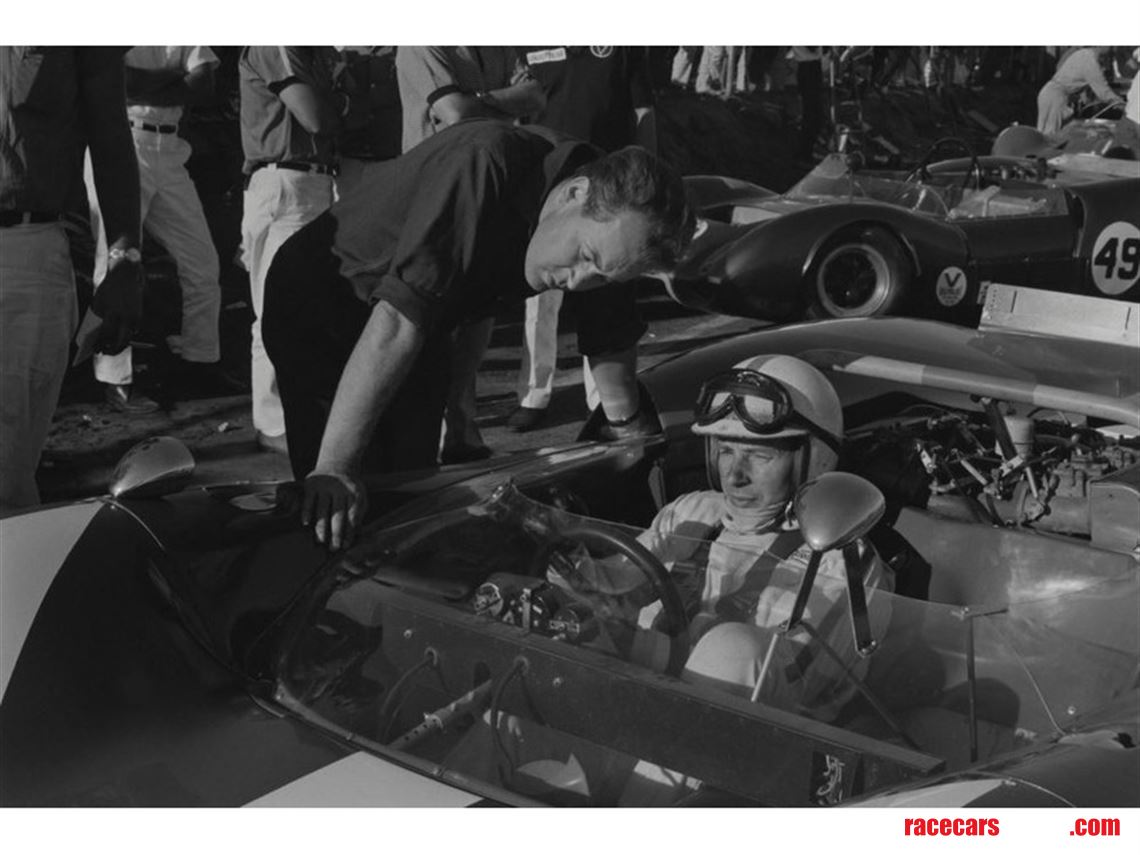 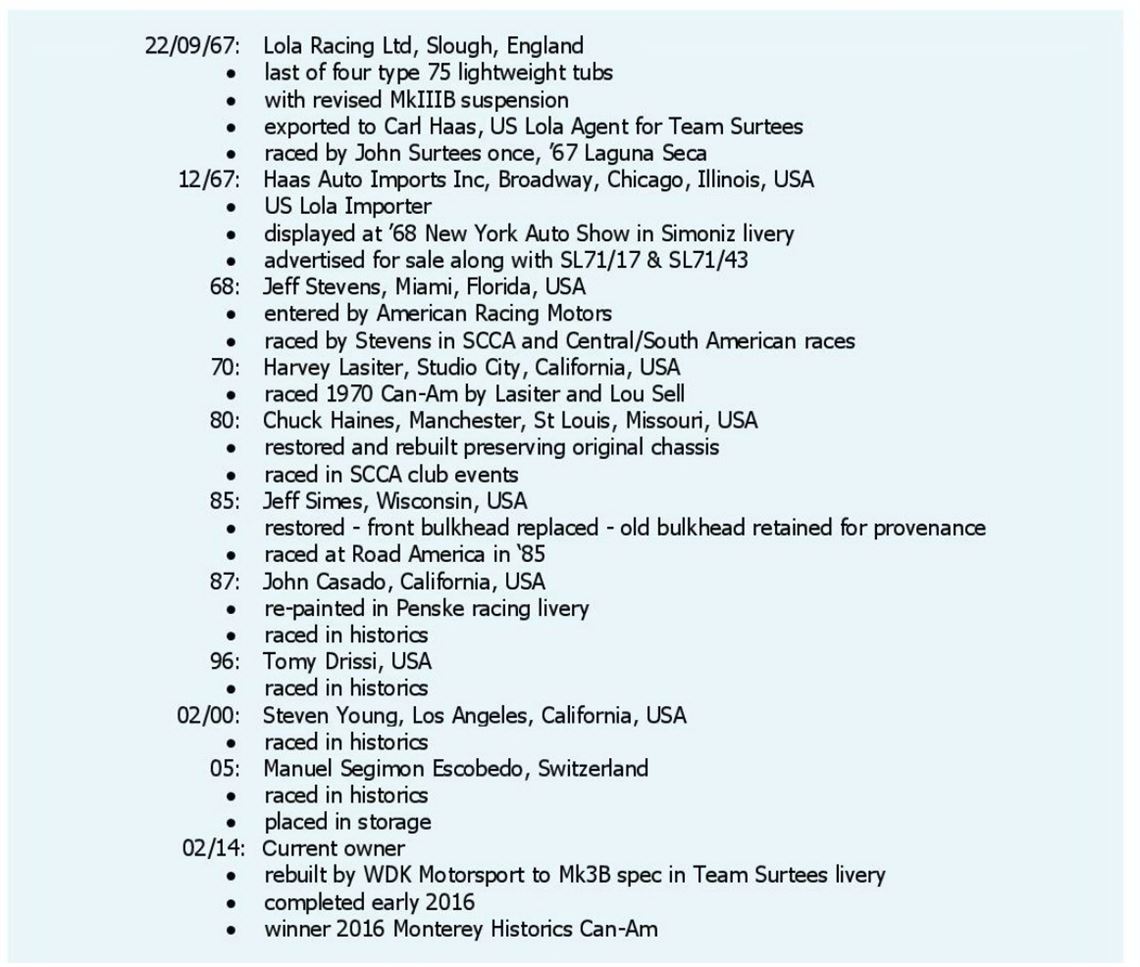 Anyone with an affinity in historic racing will know the fabled Lola T70 cars. They competed in both the CanAm “Big Banger” competition as well as in the World Sportscar Championship from 1965 to well into the 70ies. Lola T70s are characterized by their good looks, awesome performance and great V8 sound. In a nutshell, one can distinguish 5 different versions:

The Mk1, Mk2 and Mk3 all had a 5.7 litre engine (often enlarged to 5.9 litre) while the Mk3B Coupe had to comply with the new 5.0 litre FIA World Championship rules.

So, what is the 5th T70 version then? Unknown to many, there is also a Lola T70 Mk3B Spyder of which only 4 examples were built in 1967. Whereas the Mk3 cars carry a chassis numbers “SL73/XXX” and the Mk3B Coupes are numbered “SL76/XXX”, the Mk3B Spyders are identified by their “SL75/XXX” chassis number, the 1st car being SL75/122 and the last one being our car, SL75/125. Compared to the Mk3, the Mk3B Spyders had a few differences such as a lightened chassis (achieved by many holes in the side sills and front and rear bulkhead) together with an adjustable front suspension while it could also accommodate wider wheels both front (10”) and rear (14”) coupled to the 5.7 litre Chevrolet engine. This specification enables the Mk3B spyder to compete with the Mk3B coupe given their higher straight line speed whereas the Mk3B coupes have more cornering grip thanks to their wider tires.

Chassis SL75/125 started its Team Surtees racing career at the 1967 Laguna Seca Grand Prix with John Surtees at the wheel who unfortunately retired after a coming together with Lothar Motschenbacher.  At the end of 1967 all the cars John had used over the last two seasons in America, either as Team Surtees or Lola Racing entries, were put up for sale with Carl Haas Auto Imports who had just taken over as the US Lola importer from John Mecom. After being displayed by Haas at the 1968 New York Auto Show in pale yellow Simoniz livery, SL75/125 was sold in late 1968 to its 1st private owner Jeff Stevens who raced the car in SCCA races and Latin-American events such as the Caracas 6 hours where SL75/125 scored its 1st victory. The car then changed hands a few times while in USA (see the ownership and race history below in the History section) where it continued to race until it was bought in 2005 by Swiss resident José Manuel Segimon who brought the car to Europe for his son to race in historics.

In February 2014, Segimon sold the car to the current owner who had the car inspected by T70 specialist Clive Robertson who confirmed that the car had retained its original type 75 lightweight chassis, including front and rear sub-frames, as built by Lola in 1967. SL75/125 was then fully rebuilt by WDK Motorsport to the correct lightweight Mk3B spyder spec and correct bodywork in Team Surtees livery as raced by John Surtees at Laguna Seca in 1967. The restoration was completed by early 2016 and in August of the same year, SL75/125 returned to Laguna Seca, 49 years after its only race with John Surtees at the same track and celebrated its return by winning the Monterey Historics Can-Am feature race. Since then SL75/125 has been used sparingly on the historic racing scene in the USA and Europe. Rarely does one find the rarest version of a Lola T70 with such impeccable provenance and still carrying its original chassis and VIN-plate.

The car is sold in excellent, race-ready condition with an FIA HTP valid until December 2027 and comes with an extensive spares package and an impressive history file. SL75/125 is eligible for Peter Auto’s CER1, Masters Historic Sportscars, Daytona 24hr classic, etc.. where it is a front-running car.